We like to open each year with a look back at significant happenings surrounding bourbon the year before. With the COVID pandemic gripping the United States in March, distilleries across the country changed course in a major way. Shipping rules loosened, and the bar-restaurant industry suffered in the worst of ways. 2020 will truly be remembered and analyzed for many years to come. Journey with us as we look back at the year that was 2020.

Following in the footsteps of recent years, bourbon’s surge in popularity was positioned to break records. But everything came to a screeching halt in March, when the country started going on lockdown in an attempt to fight the spread of the COVID-19 (coronavirus). With a sudden surge in demand for hand sanitizer, a product whose active ingredient is alcohol, whiskey distilleries across the country shifted operations to the production of hand sanitizer, which was donated in many cases. The transition was short-lived however, as fluctuating demand, imposing regulations, and increased production from hand sanitizer industry giants like Purell created increasing challenges for whiskey distilleries.

With people across the country on lockdown beginning as early as March, homeschooling their children and mastering the art of performing embarrassing acts on company-wide Zoom meetings, alcohol consumption continued at a strong pace. But the impact of this growth was drastically out of balance, with online sales surging and bar/restaurant sales in sharp decline. Despite the vast loosening of rules in many states allowing off-premise sales of both sealed and unsealed varieties of alcohol, which included pre-made cocktails in many cases, bars and restaurants still couldn’t recoup the loss of sales from the lack of in-house dining. Bars and restaurants across the country shifted gears to survival mode, some taking extreme measures such as the famous Washington, DC based Jack Rose Dining Saloon selling off its entire 2,700 bottle whiskey collection.

Despite the hardships created by COVID-19, the bourbon industry made forward progress in some areas. Under HB 415, a Kentucky law that took effect in July (though shipping did not start until the fall), Kentucky distilleries are now allowed to ship spirits directly to consumers in reciprocal states when orders are placed online or via telephone. While a similar rule has applied to wine for decades, one that we explored in-depth years ago, HB 415 represents a major step forward for the bourbon industry. This is especially true as an estimated 95% of bourbon, on a per-volume basis, is distilled in Kentucky. In fact, in 2020 Kentucky bourbon broke its previous 1967 record, surpassing over 10 million aging barrels of bourbon and distilled spirits as reported by the Kentucky Distillers Association.

With seemingly endless new releases, many of them considered (or marketed) as limited, and highly sought after limited releases becoming increasingly hard to obtain anywhere near MSRP, in 2020 private selection whiskeys seemed to solidify their role in the hearts of bourbon fans. While the ability to select your own barrel has been around for a while, over the past 2-3 years the demand for, and attention attributed to, privately selected barrels or custom blends has increased tremendously. And rightfully so, as privately selecting a barrel or blend is one of the most effective ways to immerse yourself in the unique attributes of a given distillery, producer, or particular brand of whiskey.

Large Kentucky distillery expansions continued. Beginning in 2015, Four Roses’ warehouse and bottling facility expansion at Cox’s Creek continued. Four Roses announced further expansion plans in November 2020, with plans to expand the distillery visitor center, adding cocktail tastings and seated tasting rooms which is expected to be complete by the end of 2021. Buffalo Trace’s $1.2 billion infrastructure expansion continued, with the pledge to make more of some of the world’s best bourbons as quickly as time permits. With phase 1 complete, phase 2 of Heaven Hill’s $18 million expansion got underway. It will include exhibits that will allow visitors to bottle their own bourbon, self-guided tours that highlight Heaven Hill's Larceny and Elijah Craig bourbons, event space, and eventually a restaurant and rooftop bar.

While we have questioned consumers’ general feelings about craft whiskey in the past, in 2020 things seemed to round a corner. While this may only be a reflection of our own feelings on the matter, we tasted a wide range of craft whiskeys we really enjoyed. So much so, we carved out a Best Craft Whiskeys category this past year. While the list may only highlight our top picks, with a growing number of craft whiskey distilleries reaching or approaching a decade in business, many have realized enough time to start perfecting their craft.

With a high level of attention on fairness and equality in the media this year, the spirit of those conversations spilled over into bourbon. Brough Brothers Distillery, the first and only black owned distillery in Kentucky, was celebrated when its doors opened for business in December. On the opposite end of the spectrum, Jim Murray came under scrutiny for accusations of sexism in his widely-known, annually-released Whiskey Bible.

One of bourbon’s most well known icons, Pappy Van Winkle, was explored in-depth in a Pappyland, a book by Wright Thompson that he describes as “a soulful journey that blends together biography, autobiography, philosophy, Kentucky history, the story of bourbon’s origins and an insider’s look at how the Van Winkle whiskey is made and marketed.” With Van Winkle’s bloodline alive today and very active within the bourbon industry, Pappyland offers a peek inside one of bourbon’s most well-known families.

Earlier this year, we covered the story of one man who sold everything he owned to set off on a year-long cross-country journey in the name of braving the outdoors and taking photos of whiskey in incredible outdoor settings. Nate Woodruff, or Whisky Nate, finished up his cross-country trek in late 2020 and plans to visit a few more states, spend some time with family, and then move towards Idaho according to a recent interview.

Bourbon finishing continues to push new boundaries. Bourbon finished in ex-rum barrels (which are, ironically, typically ex-bourbon barrels to begin with), continued to gain momentum, which we covered in an article titled The Rise of Rum-Finished American Whiskeys, earlier this year. Barrell Craft Spirits pushed the envelope even further with Armida, a blend of three whiskeys finished in Pear Brandy, Jamaican Rum, and Sicilian Amaro casks. Another notable finishing technique is Penelope Bourbon’s Rose Cask Finish, an unlikely marriage of bourbon finished in rose casks released as a limited edition in 2020. In a late year surprise, Barton 1792 unveiled plans for an annual cask finished series under a new Thomas S. Moore brand, with the first three releases including bourbons finished in port, chardonnay, and cabernet sauvignon casks.

Starting in May, Sweetens Cove Bourbon was released to much fanfare. An odd pairing of a football player, tennis player, sports announcer, golf course, and bourbon, Sweetens Cove came to be when Peyton Manning, Andy Roddick, Jim Nantz, and others became co-owners of the Tennessee golf course, Sweetens Cove. The course had a tradition of offering a complimentary shot of whiskey on the first hole. The new owners decided to take the tradition to a new level by offering their own blended bourbon to golfers. After purchasing 100 barrels of 13 year old Tennessee bourbon, they hired Marianne Eaves, former Brown-Forman blender and Castle & Key distiller to blend their new bourbon.

2020 saw a handful of new ongoing releases from major brands and distilleries.

Wild Turkey breathed life into their rye portfolio with the introduction of Rare Breed Rye, the first ever barrel proof rye released by the company.

Heaven Hill’s Larceny Barrel Proof completed its first year of batch releases, a wheated bourbon that falls alongside the company’s popular Elijah Craig Barrel Proof line. Both are released by batch throughout the year.

The Knob Creek brand seemed to add age across the board, bringing back the 9 year age statement that had been removed in 2016 to their standard release, offering a 15 year old limited edition, and launching a 12 year old ongoing release we awarded our #1 Whiskey of the Year.

But like many things this past year, in 2020 bourbon went virtual. In May, the first ever Whiskey From Home event connected bourbon fans from the comfort of their living rooms. Hosted by Bourbon Pursuit, the event featured an assembly of bourbon personalities (including Breaking Bourbon’s three co-founders), talking and entertaining all things bourbon - from our talk featuring bourbon basics to lawsuits, tastings, cocktail intermissions, and more. It was as fun to watch as it was to participate in putting on. The Kentucky Bourbon Festival went virtual as well, and if you missed a segment you can rewatch here. In December Fred Minnick took virtual to a whole new level with the launch of Repeal Day Expo, a truly virtual bourbon festival in the sense that participants created 3D avatars to attend the event, moving and interacting within a digital world.

Capitalizing on the popularity of unofficial single barrel stickers along with certain aspects of bourbon culture, Krogman’s launched a unique single barrel set featuring nine different labels. While the labels are meant to play off specific aspects of bourbon’s growing online culture, the line actually features the nine different mashbills used by MGP Distillery, one of bourbon’s largest and most well-known distilleries.

Breaking Bourbon celebrated six years in 2020! In 2020 we launched a new type of review, designated as “Capsule Reviews” - a shorter format review that allows us to taste through and rate whiskeys at a faster pace so we can better keep up with new whiskeys coming to market. But have no fear, our original long form review format, which we have now designated “In-Depth Reviews,” isn’t going anywhere (and in fact, we double the amount we usually do in a given year)! The Capsule Reviews are over-and-above our existing content and publishing pace.

Our fan-supported Patreon campaign has helped us take Breaking Bourbon to the next level. Our Single Barrel Club, a benefit first introduced in late 2018, saw tremendous growth in 2020. A total of 24 barrels/custom-blends were released to Club members in 2020, with more on the way for 2021. Earlier in the year, our Come Together campaign, with the help of Patreon supporters and co-contributors Barrell Craft Spirits and Mash&Grape, raised $2,000 which was donated to No Kid Hungry and United States Bartenders Guild (USBG) Foundation. Our fan-supported campaign has grown tremendously since launch and we want to take this opportunity to thank all of our supporters and retailer partners for making this possible.

We are humbled by the growth in popularity of Breaking Bourbon, which has increased in popularity year over year at a feverish pace that we had not anticipated upon initial launch. In 2020, breakingbourbon.com saw over 3 million unique visitors serving up over 12 million pageviews. Similar to years past, readership is expected to continue to grow at a double digit pace in the upcoming year.

Because of this incredible demand for bourbon-related content, we remain committed to being the world’s leading online review and news source for bourbon enthusiasts. As we look forward to 2021 and beyond, we seek to curate and introduce new content that bourbon fans of all experience levels will find valuable. From those curious about bourbon for the first time, to those who are experienced or already heavily involved in the bourbon community and are looking to expand to other American whiskey categories. Balancing the variety and nature of content we produce for our audience is always fluid, but is always created with the intent of promoting respect for those involved in the community.

COMMENTS
2020: The Year in Bourbon
Also Check out 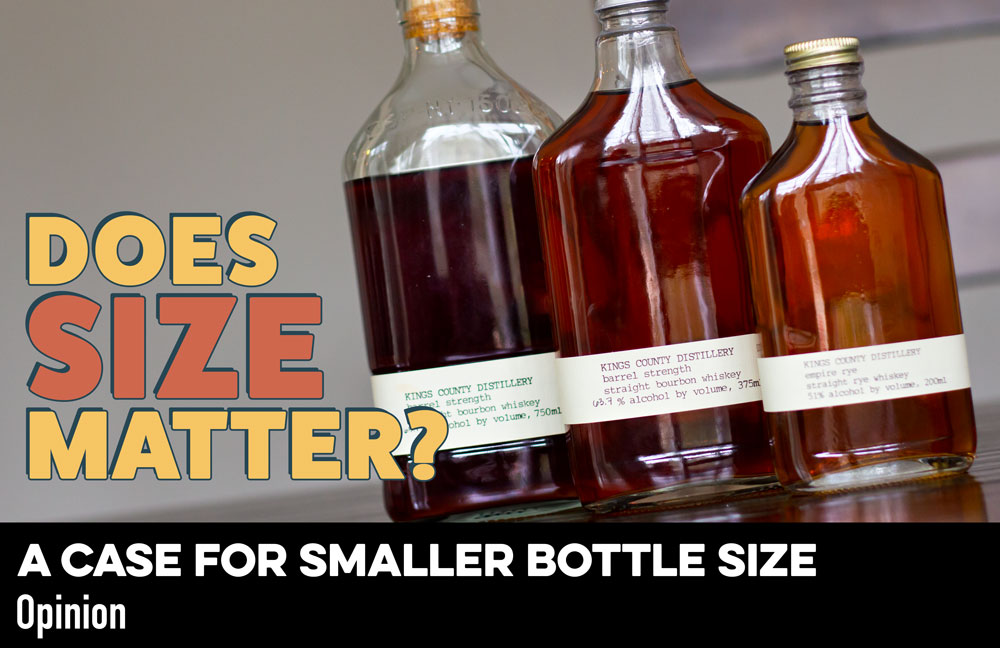 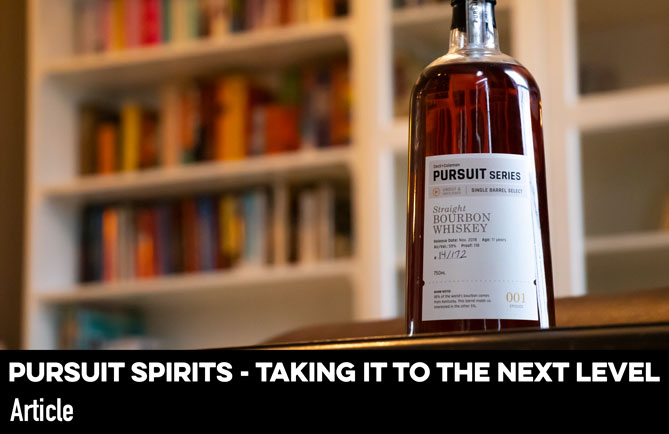