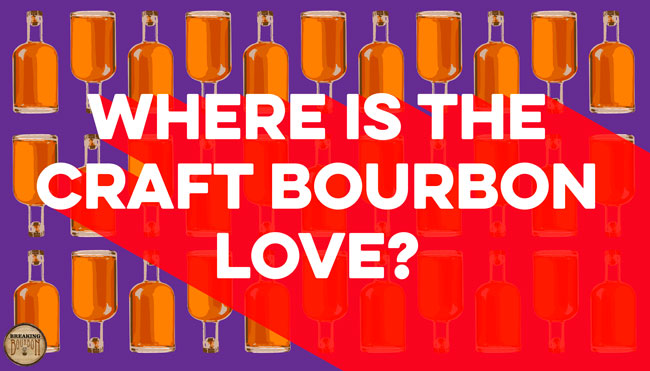 ‍In many forms of consumer goods, if you’re an “indie” or “craft” brand, it usually results in loving appreciation and a hardcore following. Being indie often means free from corporate overlords and having free expression to produce something pure. Indie music, movies, comics, video games, books, and even craft beer are beloved by rabid fan groups that sing the praises of a product’s uniqueness and diversity. This “true voice” is celebrated. Why then isn’t craft bourbon seen in the same light?

The bourbon industry isn’t all that different from other industries. Large corporate giants maintain a firm grip on the market and make up the majority of its sales. Yet, unlike the music industry for example, they remain generally beloved. Sure consumers complain about Buffalo Trace’s pricing and allocation, Wild Turkey’s reliance on “stories,” or Jim Beam’s hiring of Mila Kunis as their marketing mouthpiece, but none of it has had a long term negative impact on consumers’ opinions of these companies as a whole. None of these companies come close to the disdain consumers have for the major music labels or what big beer sees.

Sure bourbon is getting more and more commercial with every passing year, yet millions still flock to the big Kentucky distilleries every year. One possible reason for this, is that Kentucky distilleries continually put out high quality products and the majority of consumers agree that they are. These distilleries have taught consumers that good bourbon takes time to make and have trained consumers’ tastebuds to know what “good” bourbon is supposed to taste like. The answer you often get when someone asks, “where is the craft bourbon love?” is “as soon as craft distilleries start making a good product.”

When the bourbon boom started to gear up five years ago, many craft distilleries started popping up (and still continue to). Some distillers came with experience, but more often than not it seemed like most did not. With money on the line, many of these newborn distilleries rushed product to market, and with it, a growing sentiment among consumers that these products weren’t worth your time or money. These early craft distilleries may have done more harm than good because this attitude is still present today and has proven a hard belief to kick.

Thankfully it’s starting to change. Distilleries that got in the business for the wrong reasons are starting to disappear. Distillers with more experience, even from some of Kentucky’s majors, are opening up their own small distilleries. Many of the first batch of craft distilleries are now on their third, fourth, and fifth iterations of their product. Consumers are also starting to understand that just because a product tastes young, is grain-forward, or doesn’t taste as oaky as a bourbon from a Kentucky major, doesn’t automatically make it a subpar or inferior product.

The craft bourbon love is coming and it could be as overwhelming as the craft beer scene is today. It takes time for consumer perception to change and adjust. It also takes time for craft bourbon producers to finetune their craft. There has been a flood of non-bourbon companies buying up craft bourbon distilleries over the past three years and you can expect their marketing machine to kick in soon. Although they should be careful not to shed their indie cred too much as a wide spread of craft bourbon is likely coming. Being “craft” might not be such a dirty word in the near future, and once you lose your indie cred, it’s not easy to get it back.

‍Hillrock Estate Distillery is a farm distillery located in New York’s Hudson Valley with roots dating back to 1806. Hillrock was the first company to offer solera aged bourbon beginning in October 2012, though other companies have followed suit with a handful of other solera aged bourbons currently available, including the mass produced Blade and Bow. Hillrock was founded by Jeffrey Baker and is collaborating with master distiller Dave Pickerell (formerly of Maker’s Mark).

We were impressed after a tour of their distillery, and in our review of their bourbon said, “Hillrock Estate Distillery Solera Aged Bourbon is a wonderfully complex yet delicate bourbon that offers a rich experience in every aspect of its delivery.”

‍In March of 2015 Peerless barreled their first rye. Two years later they released their first 2 year old small batch straight rye whiskey. Each bottle represents micro batching, with only six barrels blended to produce each batch. Additionally, they have chosen to use a sweet mash between each fermentation, which is a differentiation from the typical sour mash used by most distillers.

Their two year rye has been making waves among the whiskey community. We reviewed it and said, “Peerless Rye shows promise, and in some respects, it’s actually quite impressive what they’ve managed to create with only 24 months of aging.” That price however still remains a head scratcher.

‍The company uses direct fire copper pot stills for their distillation process that is labor intensive and requires them to distill twice for their new make in order to reach a high enough alcohol concentration before barrelling. They also predominantly feature “Grain to Glass” on their label. Nearly every level of the production is handled in-house including the milling, mashing and fermentation of grains, direct-fire copper alembic pot distillation, American oak barrel aging, bottling, and labeling.

In our tasting notes for the company’s West of Kentucky Bourbon No. 1 we said, “It has a noticeable degree of youth but it doesn’t distract from the fruit aromas. It actually helps add an additional layer of depth and overall I found this nose to be quite enjoyable. The palate is  creamy and a bit punchy thanks to its grainforwardness and proof.”

‍Wilderness Trail Distillery co-founders Shane Baker and Pat Heist first started distilling operations in Danville, Kentucky in 2013. For their aged whiskeys, they start with Kentucky sourced grains and a proprietary yeast, which is a blend of strains collected over the years. A proprietary Infusion Mashing Process is used for their sweet mash, which is said to produce a softer and more flavorful distillate. A chemical-free steam boiler is used, where only pure steam goes into their cooker and beer column.

We found the company's Settlers Select Rye Whiskey definitely tastes youthful, but it’s developed a nice flavor profile in just 3 years. The low 100 barrel entry proof is interesting as well - while this was common in the early 1800’s. We might have had a bad sample of their Bottled in Bond bourbon as it tasted a bit off to us. We were definitely in the minority, as their Wilderness Trail Kentucky Straight Bourbon Whiskey Bottled in Bond Single Barrel has many fans.

Technically they’re a craft distillery and a visit to their distillery will prove this. Currently the company has three operating stills – a column still, a "doubler", and a pot still. They have eight warehouses which only hold about 5,000–6,000 barrels. They have begun distilling their own whiskey again about six years ago and have been releasing small amounts of it since then. While they tell us they are still waiting for their whiskey to fully mature before doing a large release, their two, three, and four year old whiskeys have gathered almost universal praise from the whiskey community.

‍Wyoming Whiskey is the state’s first legal distillery and ex-Maker’s Mark master distiller Steve Nally helped lay the groundwork. The company released their first Small Batch in 2012 and Single Barrel Bourbon in 2014. Since then Nally has left and the owner’s son, Sam Mead took over. They must be doing something right, because there has been an uptick of interest in Wyoming Whiskey over the past year. We reviewed their Small Batch Bourbon and said, “Wyoming Whiskey’s Small Batch Bourbon’s unique flavor profile and reasonable price tag are worth your attention, making this an easy recommendation.”

COMMENTS
Where is the Craft Bourbon Love?
Also Check out 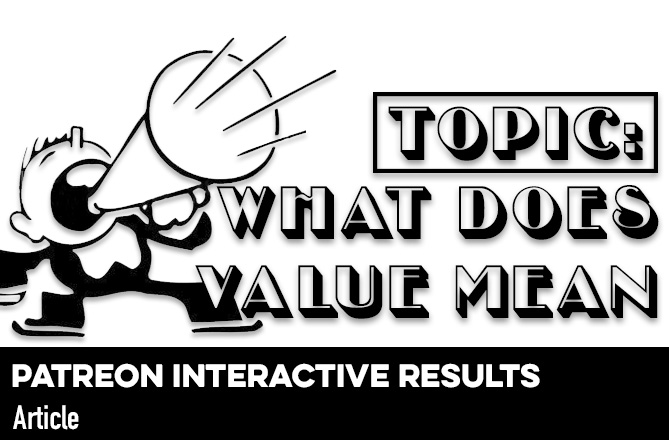 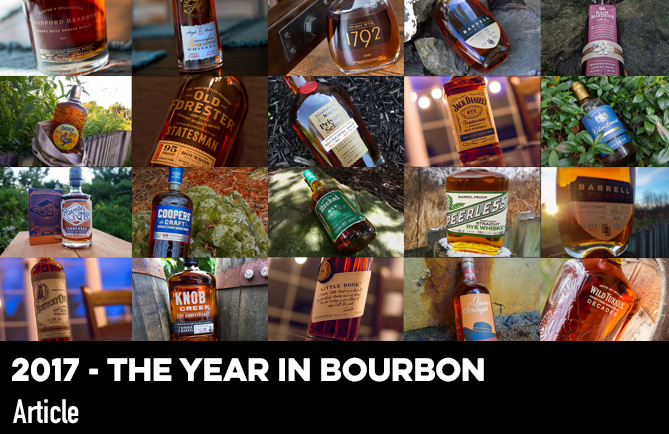