Fable & Folly is the latest whiskey release from the Orphan Barrel Whiskey Distilling Co. The company states that “Orphan Barrel searches for rare whiskeys hidden away and nearly forgotten in the dark corners of distilleries and rickhouses, bottling and releasing limited amounts of these treasured liquids with the care and craft that they deserve.” According to the press release, in order to create Fable & Folly, Master Blender Andrew Mackay “married the last remaining stocks of Barterhouse, Forged Oak and various Rhetoric releases with a proprietary blend to create the expression, which pays homage to the original releases yet possesses a distinct profile of its own.” The company states that the spirit animal on the whiskey’s label is a “hybrid of the three signature animals of the whiskeys from which Fable & Folly came: a stag, a hummingbird and a fox.”

‍‍Each bottle is individually numbered, however the company has not disclosed the total number of bottles produced. Here at Breaking Bourbon we’ve personally purchased a bottle that is labeled number 51,027, meaning that this is on the higher side for a limited release, assuming bottles are numbered sequentially.

Fable & Folly is a mixture of old whiskeys and the nose is your first sign of this. Aged oak and leather make their presence known along with an undeniable dusty funk scent that is hard to ignore. It’s surprising to see in a modern whiskey, but considering the whiskeys involved in creating Fable & Folly, it’s also not out of place. In addition, scents of slight mint and spice are intertwined throughout, along with subdued caramel which adds a nice touch of sweetness. It’s a nose that is so different from other whiskeys currently on the market that I found myself intoxicated by the aroma, as I continuously went back to nose the glass. A very nice way to kick things off.

The age displayed on the nose carries over to the palate as prominent notes of aged wet oak and leather dominate. Wading past these flavors brings forth hints of spiced caramel, green peppercorn, and the slightest hint of sweetness in the form of vanilla extract. It’s interesting and a bit mesmerizing, though it leans quite heavily into its age at this midpoint of the sip. The aged wet oak and leather are a little too dominant and hold back other flavors from coming forward, which is desperately needed to even things out to make this excel to its fullest potential. Nevertheless, the palate offers a compelling assortment of flavors.

In similar fashion with the rest of the sip, aged oak and leather are at the forefront of the finish. Quickly coming in to balance things out are bold hints of spice and slight heat. The finish rides out this heat on top of a light oak and spice combination that gently fades away. It’s an unpretentious and uncomplicated way to end things, and while it serves its purposes just fine, it can’t seem to rise to the same level that its counterparts did.

Fable & Folly is one of those whiskeys that you need to separate its flavor profile from its backstory in order to start understanding its true uniqueness. Let's start with its backstory, and what a backstory it is. The company states that it contains the leftover stock of Barterhouse, Forged Oak, and four of the five Rhetoric Bourbon releases. However, while they don’t hide the fact, they don’t provide any additional information on any other whiskey added to the blend besides stating that these whiskeys were mixed “with a proprietary blend to create the expression.” No additional information is provided in regards to this, including how much of the final blend it composes versus the left over Orphan Barrel stock, however, we can deduce that the youngest whiskey used in that blend is probably 14 years old since that is what Fable & Folly is specifically labeled. Notably, being labeled as simply “whiskey” as opposed to bourbon, straight bourbon, or even straight whiskey, suggests the additional component(s) in the blend could be any number of different things, including up to 2.5% harmless coloring, flavoring, or blending materials (as allowed by law).

Setting aside the backstory and the fact that not much information has been provided on the blend, a good deal of  focus should be directed to its flavor profile, since this is where Fable & Folly actually shines. The whiskey delivers a sip unlike others currently on the market and is very reminiscent of an older “dusty” bottle dating back to the 1970’s or 80’s. It’s an easy-to-enjoy sip that delivers a nicely defined flavor profile throughout. I was surprised by how much this whiskey kept pulling me back in and ultimately it came down to its unique flavor profile. It seems to have taken the best base qualities of the Orphan Barrel bourbons involved in its blend and they are nicely complemented by the other whiskey(s) that are blended in. If you set aside the entire backstory that this whiskey carries and focus solely on the flavor profile, you’ll be rewarded with a unique tasting whiskey that will please most who try it.

The Orphan Barrel series has never been one to shy away from embracing a high price tag. In fact, the lowest priced bottle in the series when it came out was Gifted Horse, and even that carried a $50 price tag. Even the bourbons contained in this blend initially cost anywhere from $65 (Forged Oak), to $75 (Barterhouse), to $85-$140 (Rhetoric series), which is to say they weren’t cheap even when they were introduced years ago. While the whiskey contains an undisclosed amount of 14 year whiskey that was added to the blend, most 14 year whiskeys are not exactly going to be value buys.

That said, just because this is a blend of whiskeys that were once priced high, it doesn’t mean that a double digit whiskey needs to carry a high price tag. You can pick up a single barrel of 15 Year George Dickel for $60 and Crown Royal Noble Collection Rye Aged 16 Years, which prove age doesn’t always equal a high price. However, examples like that are a rarity, considering many 14 year plus whiskeys range from $100 (Knob Creek 15 Year) to $300 (Chicken Cock Barrel Proof 15 Year Bourbon).

At the end of the day though, a whiskey’s value isn’t decided on a gimmicky backstory, age statement, or proof, it’s decided on how well the whiskey tastes for the price. In Fable & Folly’s case, the price is justified and then some. No matter what the final ratio is for the blend of whiskeys used, the end result is one that stands out from other limited release whiskeys in 2022. With a unique dusty funk and aged flavor characteristics, Fable & Folly is one of those whiskeys that is easy to appreciate and makes you not regret the price it costs to obtain a bottle.

If you set aside the backstory, Fable & Folly is a unique tasting whiskey that finds a way to deliver a flavor profile unlike anything else currently on the market.

The Orphan Barrel collection often generates many eyerolls from whiskey enthusiasts. The bottles in the collection all come with a romantic and contrived backstory, when the reality is that the whiskey used was never really lost, it most likely just didn’t serve a purpose for the company up until this point. It’s a company and collection built on marketing that charges a high price of admission. The thing is, not all of the whiskey that the company releases deserves the treatment it gets. Sure there are some bombs, like the original Forged Oak release, but there are more above average whiskeys than not in the overall series.

Fable & Folly is one of those better-than-average whiskeys. In fact, it’s well above average really, delivering a sip that is both unique and also memorable. It’s able to elicit memories of drinking a dusty whiskey from a bygone era, and carries a price that while high, is also justified. Many people will see that the whiskey is an Orphan Barrel release and instantly write it off, which is really a shame. This is one of those times where you really shouldn’t judge a whiskey based on past experiences, and instead go in with an open mind. Fable & Folly was a surprise hit for me, and it’s a bottle that I'm looking forward to opening up and sharing that same surprising experience with other whiskey lovers in the future.

Buy Fable & Folly at Frootbat
‍The sample used for this review was provided to us at no cost courtesy its respective company. We thank them for allowing us to review it with no strings attached.
360 video 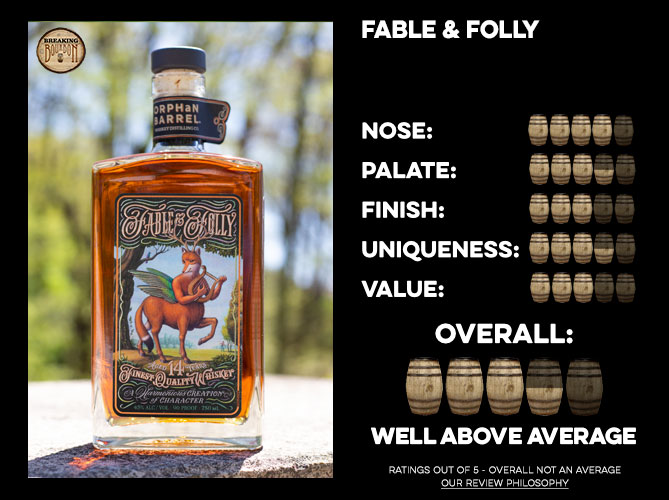 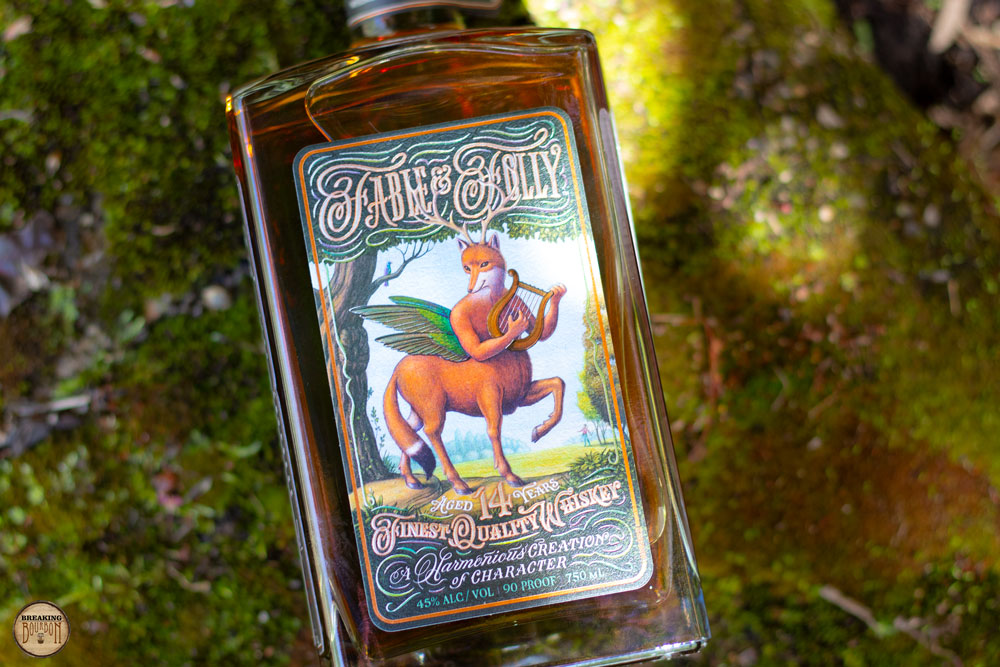 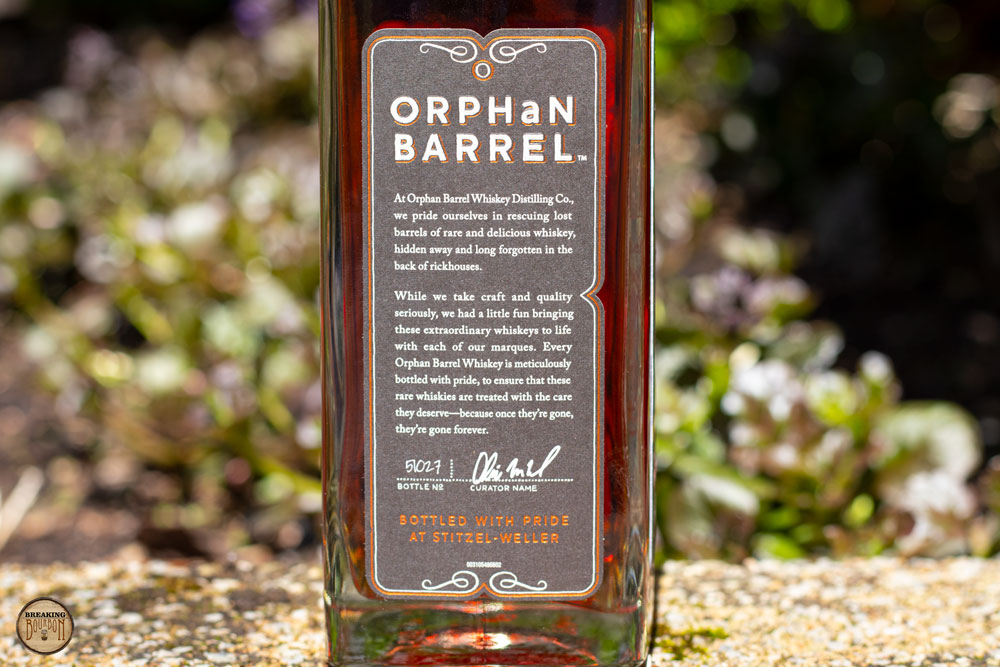 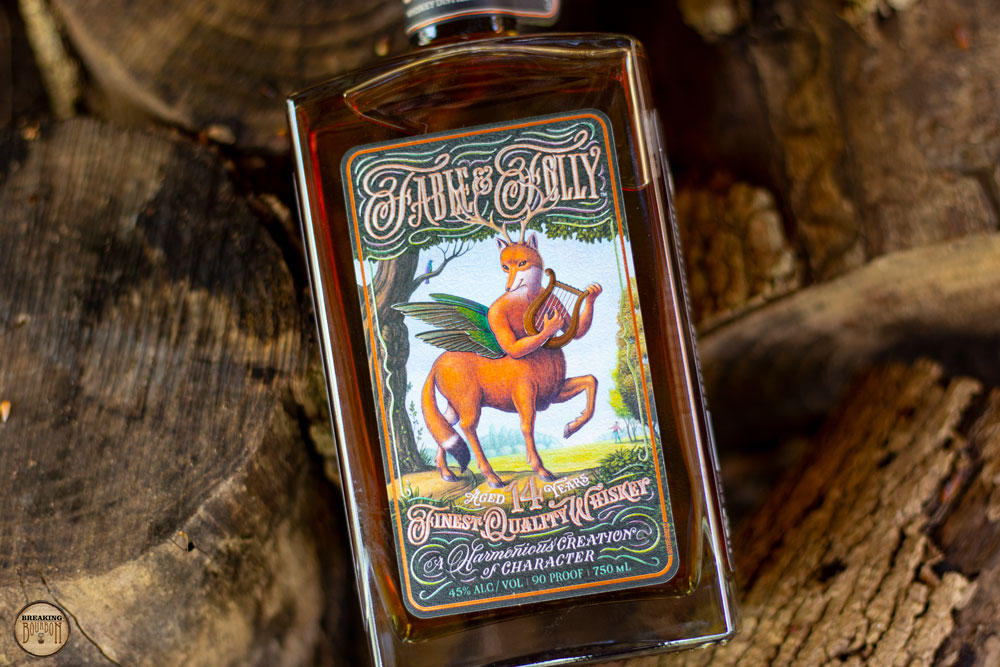 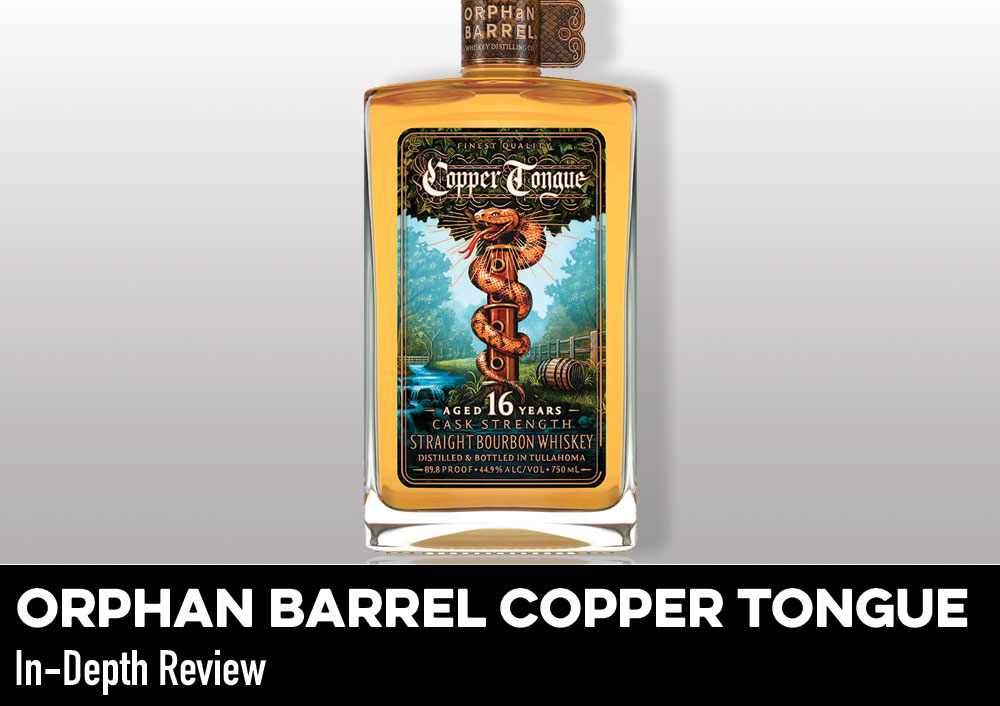 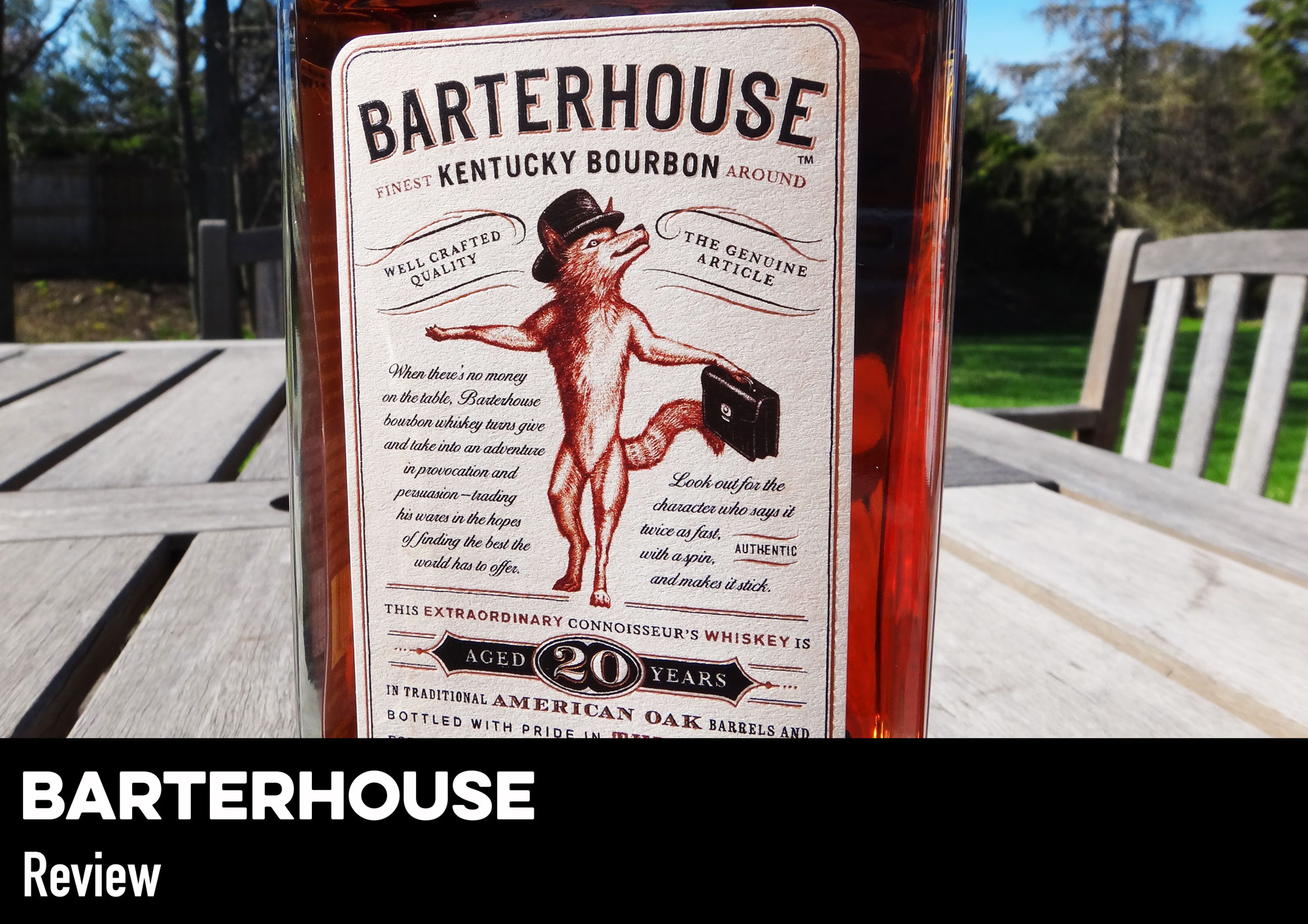 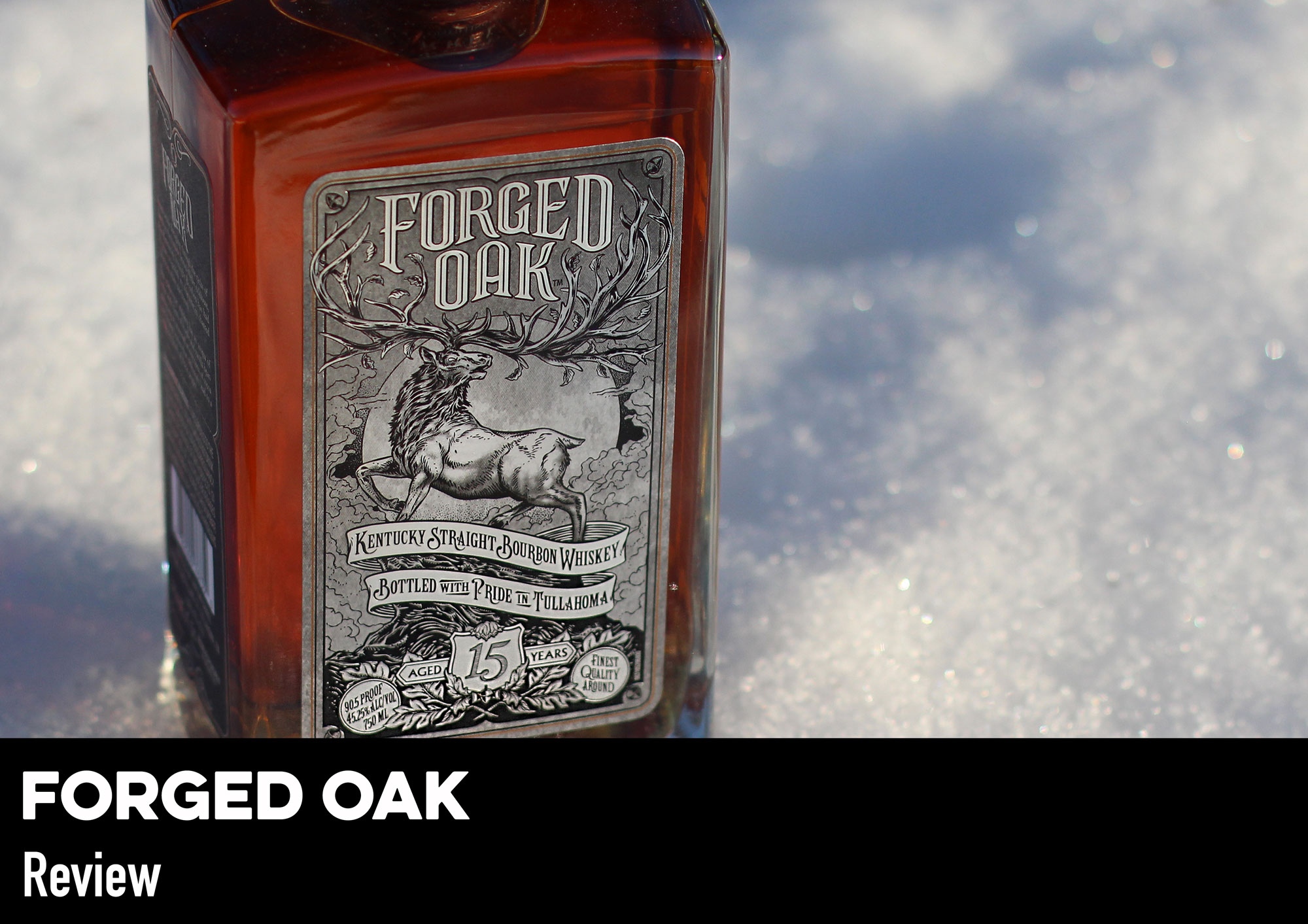