Forged Oak was produced between 1997 and 1998 at the New Bernheim Distillery, before being stored for 15 years in the Stitzel-Weller rickhouses. It’s reported mashbill is: 86% Corn, 8% Barley, 6% Rye. Review bottle #39,223. This is the fifth release in the Orphan Barrel line.

A very sunny nose filled with caramel, honey, and vanilla notes. While many bourbons also carry these aromas, few come off this sweet. This is surprising for a 15-year-old bourbon since older bourbons are usually weighed down with heavy oak notes. While the nose also sports leather and toasted oak, they’re quite tame and mingle well with the other aromas. If I didn’t know this bourbon’s age, I would guess it’s much lower than 15 years based on its nose.

The sweetness of the nose is noticeably absent on the palate and is replaced with doses of leather, cedar, and smoke. I would call these barrel flavors overpowering, but that doesn’t even cover it because there just aren’t any other flavors present for them to overpower. Try hard enough and you might be able to taste minor hints of maple and dark cherries. This is an extremely boring one-dimensional palate. I don’t think I’ve ever had a bourbon that is so spiritless.

There is more peppery rye spice on the finish but that’s about it. The dry finish doesn’t quite hit you at first, but it definitely sticks around. There’s nothing wrong with a dry finish, but one that doesn’t also ride out with other flavors makes for an extremely flat and dull experience.

I’m repeatedly crestfallen with each Orphan Barrel release and I don’t know why I never learn my lesson. On paper these releases always seem so unique. Their mystery origins, high age statements, and brilliant bottle/label design continues to put a spell on me. My main complaints with each release have been their over-oaked and under-flavored palates. Where most of the releases have had a decent flavor foundation that showed at least some potential, Forged Oak doesn’t even have that.

For a bourbon to sport only barrel-related flavors is pretty unique. This can be expected of any ultra-aged bourbon, but one aged at only a slightly high 15 years makes this all the more perplexing. Curiosity aside, a flavor profile consisting only of leather, cedar, and smoke doesn’t sound that appealing and it tastes even worse. Where all of the other Orphan Barrels suffered from a low proof point, Forged Oak’s equally low proof is probably what saves it from being a complete abomination. Yes, there’s a lot of oak flavor, but it’s the 90.2 proof that keeps the intensity of the oak flavor at manageable levels. If you ever wanted to have the experience of tasting what a really old whiskey is like, here’s your chance in a 15-year-old bottle.

With three out of five bottles in the Orphan Barrel line all retailing close to $100 or more, Forged Oak’s $65 MSRP is certainly more attractive. There also isn't a lot of available bourbons on the market in this above-average age range. It’s the high age statements of the Orphan Barrel line that are its best selling point. The age and price alone are what will sell Forged Oak and that is what’s unfortunate. There are so many better and less expensive bourbons on the market that deserve the attention that Forged Oak will undoubtedly get. Sure, it’s a great value for the age, but it’s not a great value for the quality of the bourbon you're buying. This has been a recurring statement with each Orphan Barrel release.

A sunny nose gives way to a dim, one-dimensional palate and dry finish that takes it’s namesake to heart.

After five Orphan Barrel releases it’s pretty safe to say that you’re playing the bourbon lottery when you buy one of these bottles. It’s a risk. Your chances are probably slim that it’s going to be great, but curiosity often wins out. The never-ending search for the next-best-thing is unwavering. The second you call it quits, someone will call the new release the next Pappy. It’s that self-destructing thinking that continues to fuel this line.

I really had high hopes for Forged Oak after smelling its fantastic nose. Like many of the Orphan Barrel bourbons, it started with a great nose, but then went downhill from there. While none of the Orphan Barrels have been a complete bomb, the best way to sum them up is with the saying, “I’m not mad at you. I’m just really disappointed in you.”

Buy Forged Oak at Frootbat
‍The sample used for this review was provided to us at no cost courtesy its respective company. We thank them for allowing us to review it with no strings attached.
360 video 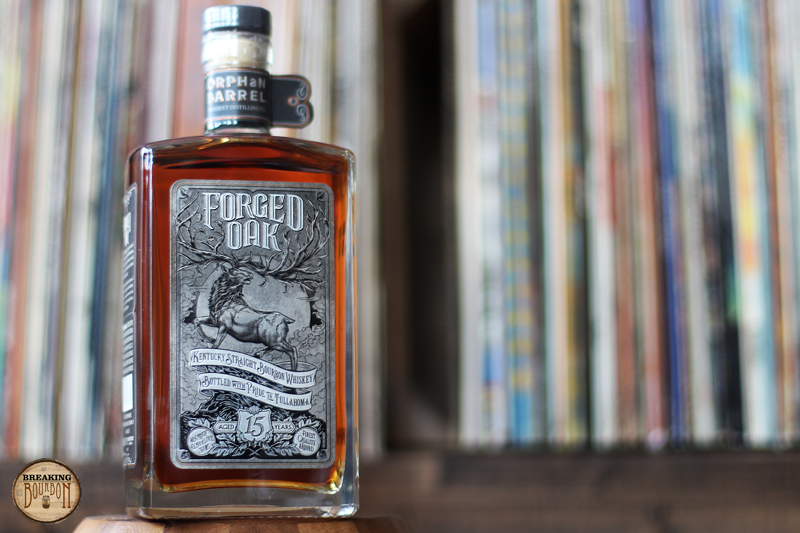 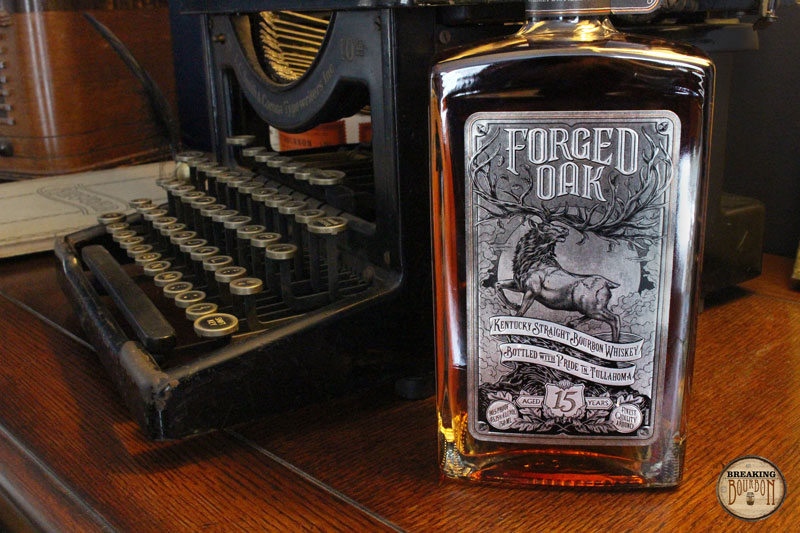 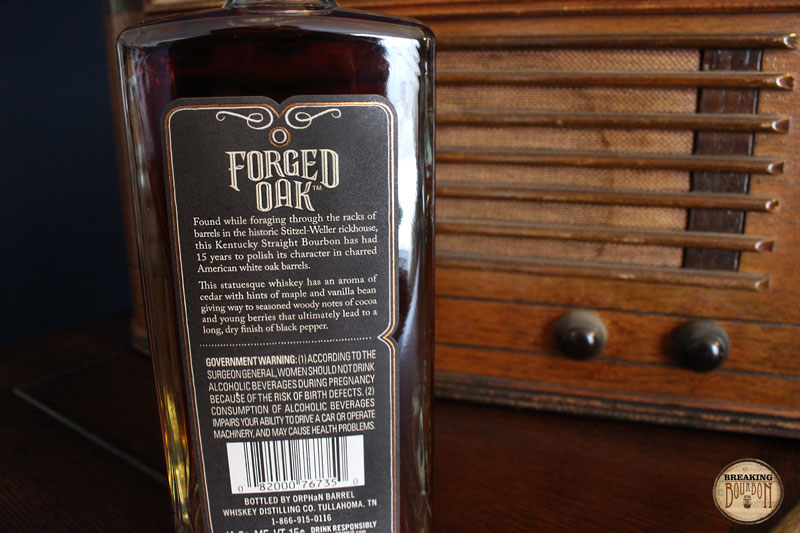