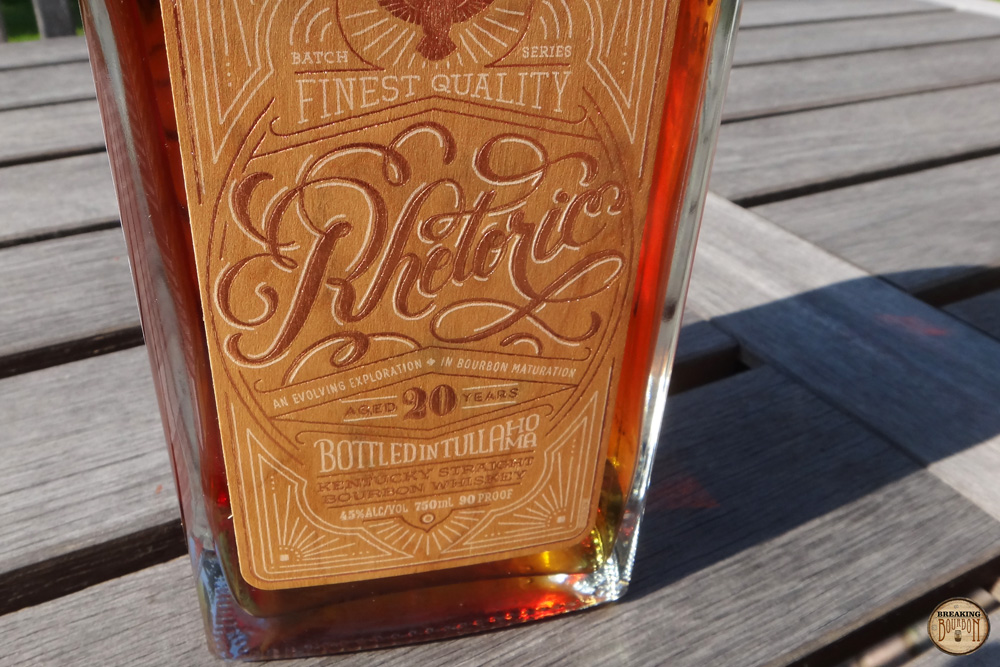 Review bottle number: 18501. From the official website: “An ever-changing specimen, Rhetoric is an experiment in how barrel maturation imparts a lasting impression year after year. Each new year results in an older and wiser limited release from remaining maturing stock.”

Smoke, leather and oak are the easiest notes to pull out. Underneath, there’s a simmer of cinnamon, caramel, apple cider and toasted nuts.  Much like Barterhouse, this has a wonderfully developed and interesting nose.

Lots of oak and some notes of rye. Minor hints of dried fruit, like cherries and apples and tiny (and I mean tiny) amount of chocolate can be tasted.

This medium length finish packs a flavor punch in its first half, followed by a very dry finish that lingers far too long. It tastes higher proof than it is, much more so than the other Orphan Barrel releases. Again, minor notes of rye and bitter chocolate can be tasted.

You simply don’t see a lot of high aged bourbons anymore. So when you do, they’re always so fascinating. From what many master distillers say, it’s a pretty fine line between developing a well aged bourbon with nuanced flavors and a bourbon that's over aged and over oaked. When a new high aged bourbon hits the market, tasting it is always an interesting experience.

First off,  Rhetoric doesn’t taste as “watered down” as Barterhouse did. Any positive flavor notes Barterhouse had were undone by its low proof point. Rhetoric on the other hand has a more intense oak kick and a dry finish that stays with you. If aging is done right and the oak is balanced with the other flavor notes, you can have a winner on your hands (e.g. Parker’s 27 year, Sazerac 18, Pappy 20, Van Winkle Rye). Unfortunately, this is not the case with Rhetoric. It borders on too much oak that causes the finish to be much too dry and drum out any other flavors it may have had.

Released at a $10 premium over Barterhouse, both of these 20 year old bourbons don’t quite satisfy as much as their price warrants. I’ll ask myself again what I asked  in my Barterhouse review: Did I feel I paid too much for it? Yes. Did I feel ripped off? In this case, Yes. Chasing old American whiskey has become an addiction for many. Master distillers time and time again state that bourbon reaches its “sweet spot” around 9-10 years, yet consumers can’t help themselves chasing that high age statement. Comparable to other high aged bourbons on the market, Rhetoric is priced lower than most, but the quality just isn't there. Truthfully, any one of the bourbons in our “Best $20-$40 Bourbons” series of articles is a better buy than this.

Oak overpowers other flavors and leaves an overly dry aftertaste.

Right now in the bourbon marketplace we just don’t see many hyper aged bourbons. The issue with Rhetoric is that the oak overpowers the entire experience, and although it doesn’t completely ruin it, it keeps it from being something truly great. If Diageo continue with their plan to keep aging this and releasing a year older version for the next 5 years, I just don’t see how this is going to get any better. If you have a taste for heavy oak bourbon, give Rhetoric a shot, otherwise this is a pass.

Buy Rhetoric Bourbon 20 Year at Frootbat
‍The sample used for this review was provided to us at no cost courtesy its respective company. We thank them for allowing us to review it with no strings attached.
360 video 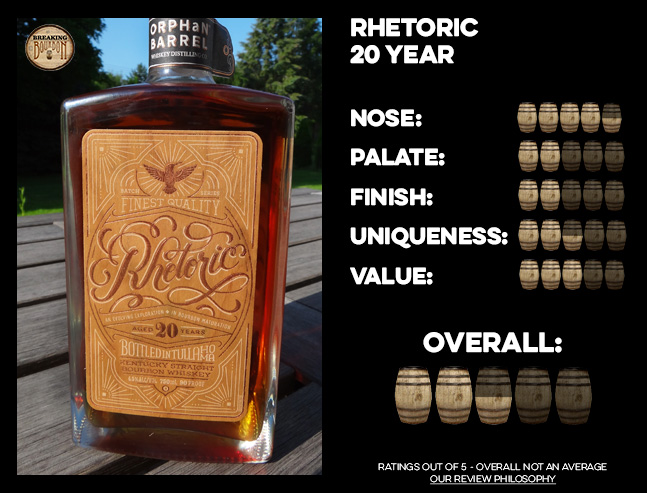 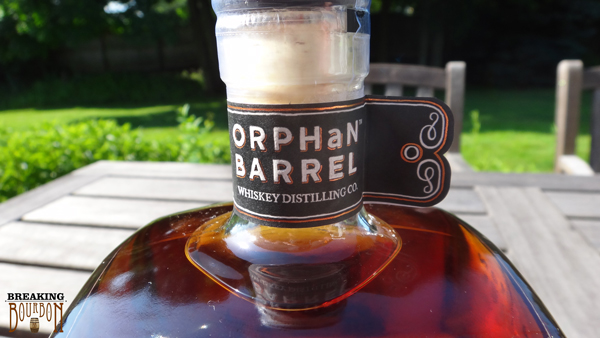