George Dickel Single Barrel 15 Year Old is a new ongoing release whiskey that joins the company’s other standard whiskeys, George Dickel Classic No. 8 and George Dickel Superior No. 12. The company also has a large single barrel program for retailers, and sells their whiskey to numerous non-distiller producers who bottle it under different brand names. Like the other large Tennessee distiller Jack Daniel’s, Dickel uses charcoal filtering, which they claim mellows their whiskey and creates a smooth mouthfeel.

George Dickel Single Barrel 15 Year doesn’t designate barrel numbers but they do state bottle numbers. The bottle being reviewed is #268.

A potent aroma featuring classic Dickel scents of cherry, apple, and vanilla custard. The brand’s signature sugary vitamin scent is also present and is as lively as ever. More unique is the whiskey’s heavy backbone of dank musty oak. Where that scent can come across as off-putting in some whiskeys, in application here it provides intrigue and texture. The whiskey’s aroma is exactly what you’d want and expect from an aged Dickel whiskey, and surprisingly delivers in satisfying efficiency.

A smooth and mellow delivery of musty aged oak and Neapolitan ice cream. This combination is not surprisingly...delicious. There’s a reason why Neapolitan ice cream is a staple ice cream flavor, as chocolate, vanilla, and strawberry work so well in conjunction with one another. When it's combined with heavy musty oak that can only be the result of many years of aging in a barrel, the result is a whiskey that uses its age to expert effect.

A slow and steady ramp up of heat nicely complements the palate. With the whiskey’s mellow start, the finish very elegantly takes the palate’s baton and starts its own sprint. While adding little flavorwise, the introduction and steady increase of heat works because of the palate’s relative mellowness in contrast.

In 2021, there is an influx of aged Kentucky bourbon to the market. Its true origins remain unknown, but coming off of years of disappearing age statements and the occasional 12 year whiskey, aged bourbon is back - at least for now.

Dickel has been so flushed with whiskey that they never saw a noticeable dip in their release numbers when other companies were forced to allocate their product. Along with MGP, Dickel are one of the main sources of sourced whiskey on the market. They also presumably have a rather large stock of aged whiskey sitting in their rickhouse that they have continually released over the year for their Private Stock releases and more recently with their annual Bottled in Bond release. In late 2020, they upped their game again and released an ongoing 15 year single barrel release - a product no other American whiskey company currently offers or even comes close to for that matter.

Besides Dickel whiskey featuring their unmistakable Dickel flavor profile, their 15 Year Single Barrel also features characteristics unlike other aged whiskeys on the market. Compared to the recent 15 year old Kentucky bourbon and the annual Elijah Craig 18 Year, George Dickel 15 Year tastes old - really old in comparison. There must be something about how Dickel whiskey is made and aged that makes it taste mustier than other aged whiskeys. This can make it even more polarizing than Dickel whiskey already can be, but there's also something great about an old whiskey tasting like an old whiskey. In a lineup of aged whiskey, it won’t be hard to pick out Dickel 15 Year from that lineup.

First and foremost, it’s impossible to ignore George Dickel 15 Year’s price. It’s so strikingly low that your first response is to question it. Whiskey drinkers have been programmed for years by whiskey companies to expect that high aged whiskeys will cost you an arm and a leg. Dickel has been bucking this trend, most notably with their 13 year old George Dickel Bottled in Bond for $40. Everyone knows that they could double or even triple that price and the market would accept it. Yet again with their 15 Year Single Barrel release, they double down on their value pricing.

One side effect of this is because Dickel’s pricing is so low, it can have a reverse effect on people. The perception of value people associate with Dickel is arguably at a low right now. A bottle of high aged Dickel whiskey is so shockingly inexpensive, their product begins to feel cheap and there is a perception that the company itself doesn’t value their own product.

Featuring an impressive 15 year age statement and an equally impressive $60 price tag, George Dickel Single Barrel 15 Year can be hit or miss given a particular single barrel, but its low floor, high ceiling is worth the gamble.

George Dickel whiskey can be noticeably polarizing to people, which is ironic given that they are one of the largest sources of whiskey for non-distiller producers in America. On top of that, their 15 Year Single Barrel features more musty aged oak in its flavor profile than most other high aged whiskeys, which won’t be for everyone. But when everything aligns, the company’s whiskey can be fantastic.

This particular single barrel is one such instance (a random bottle purchased for the review). But to be fair, I have tasted bad 15 year old single barrels from the company so I don’t know what the odds of finding a good or bad one are. Of course that is true with any single barrel, as it's always a roll of the dice on how good it will be. Thankfully, Dickel makes it easier by pricing their 15 Year Single Barrel at an astonishingly low $60. It seems unlikely we’ll ever see a whiskey of this age and price ever again. So why not take the gamble then?

Buy George Dickel 15 Year Single Barrel at Frootbat
‍The sample used for this review was provided to us at no cost courtesy its respective company. We thank them for allowing us to review it with no strings attached.
360 video 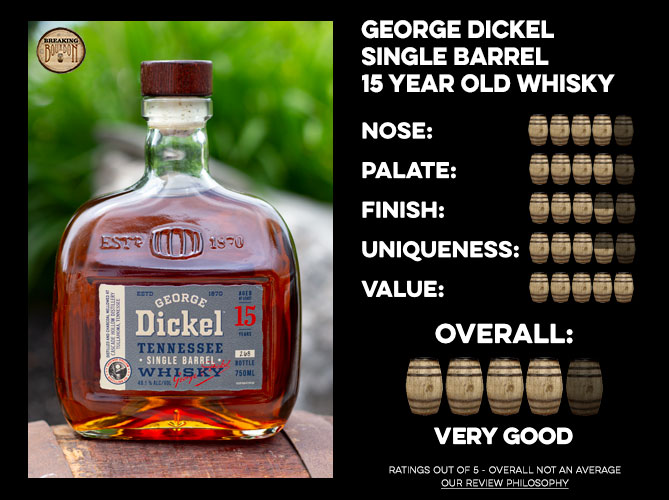 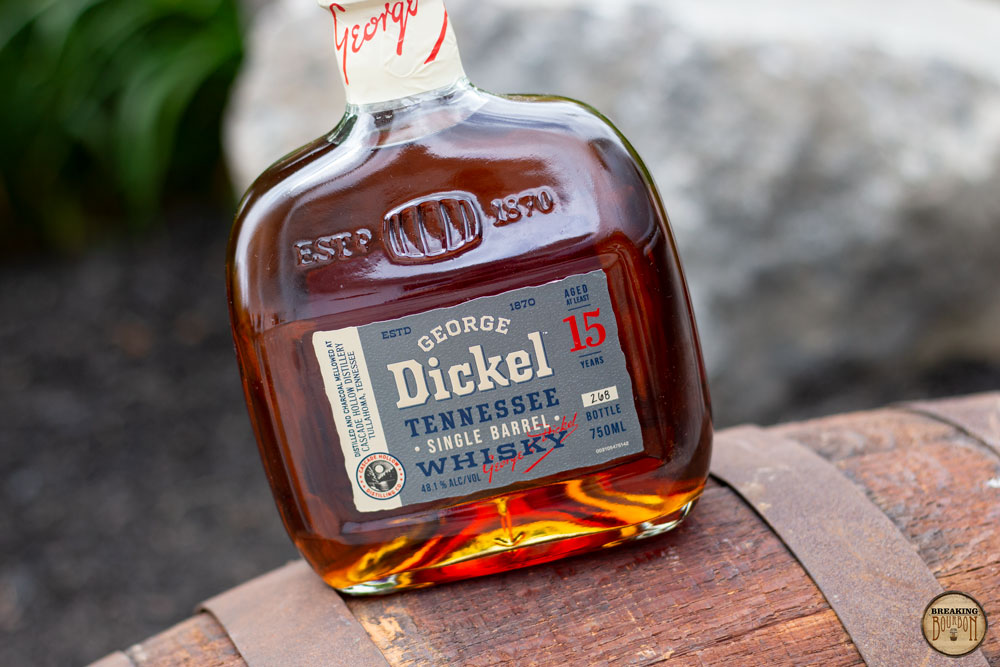 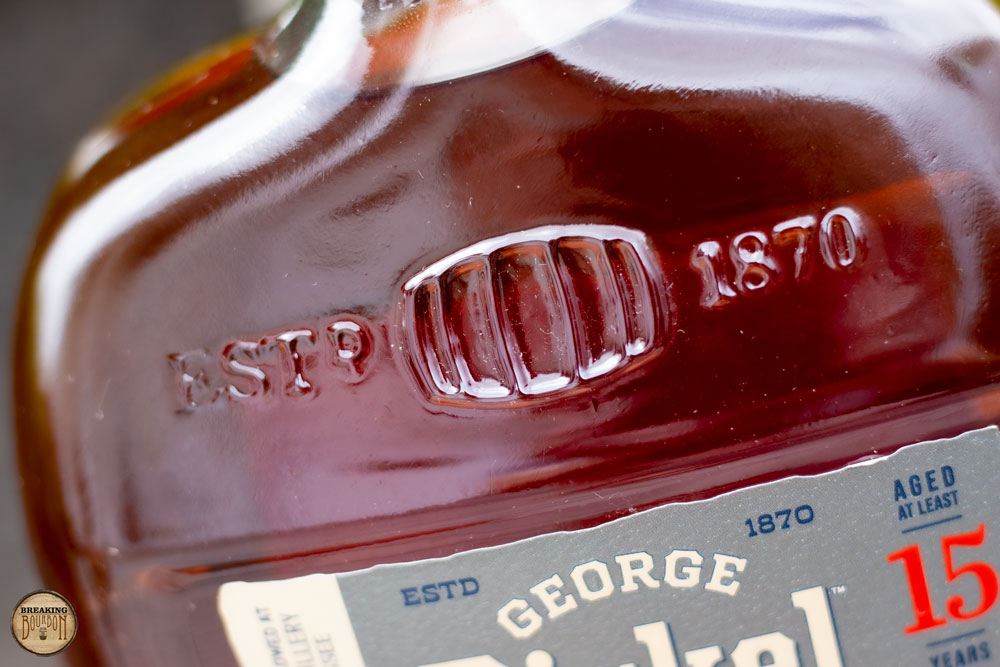 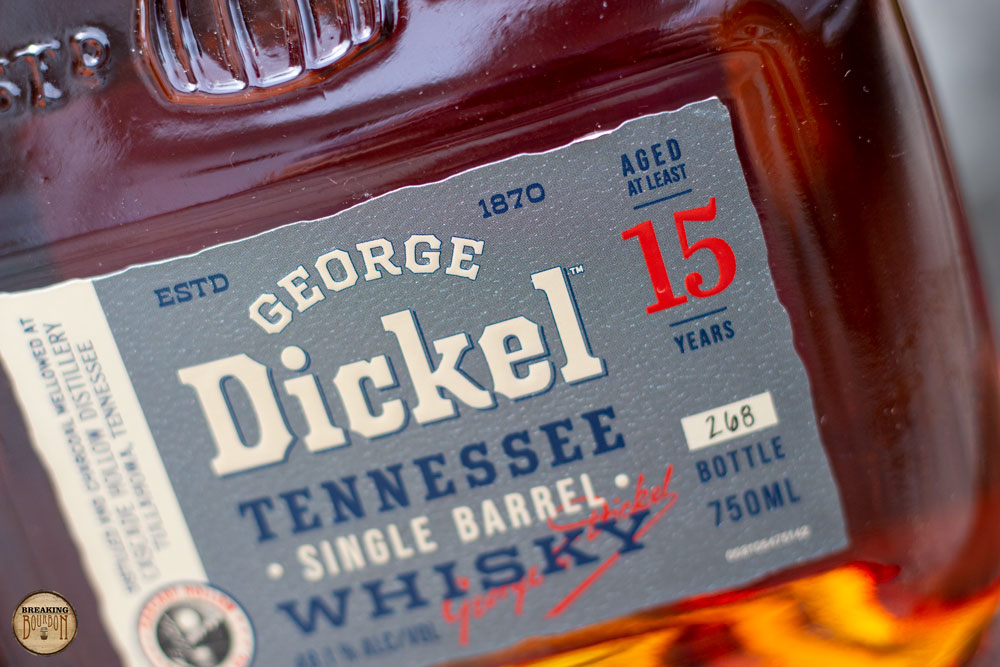 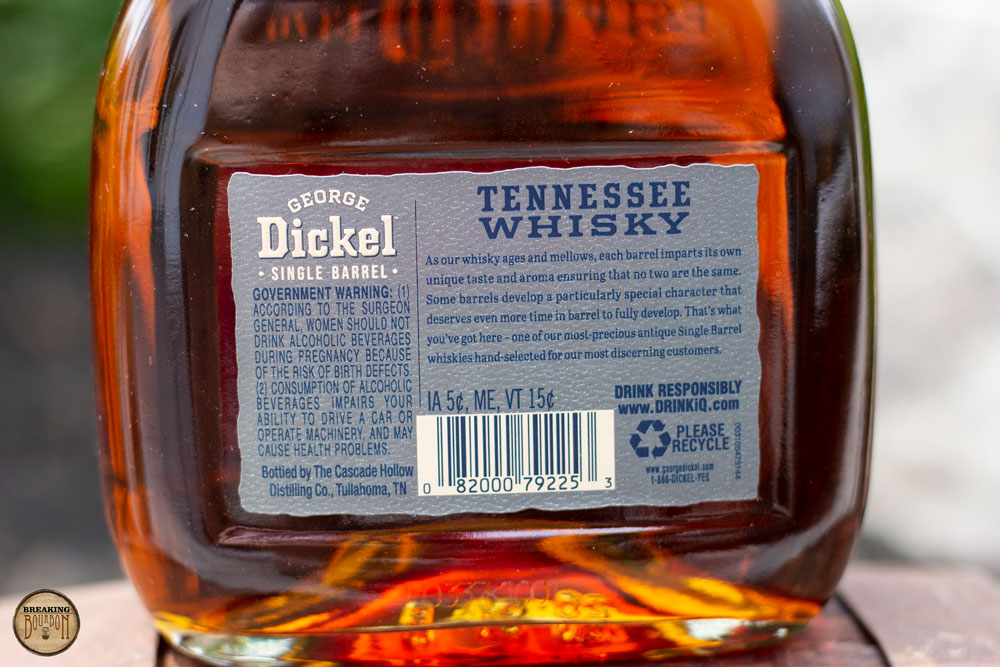 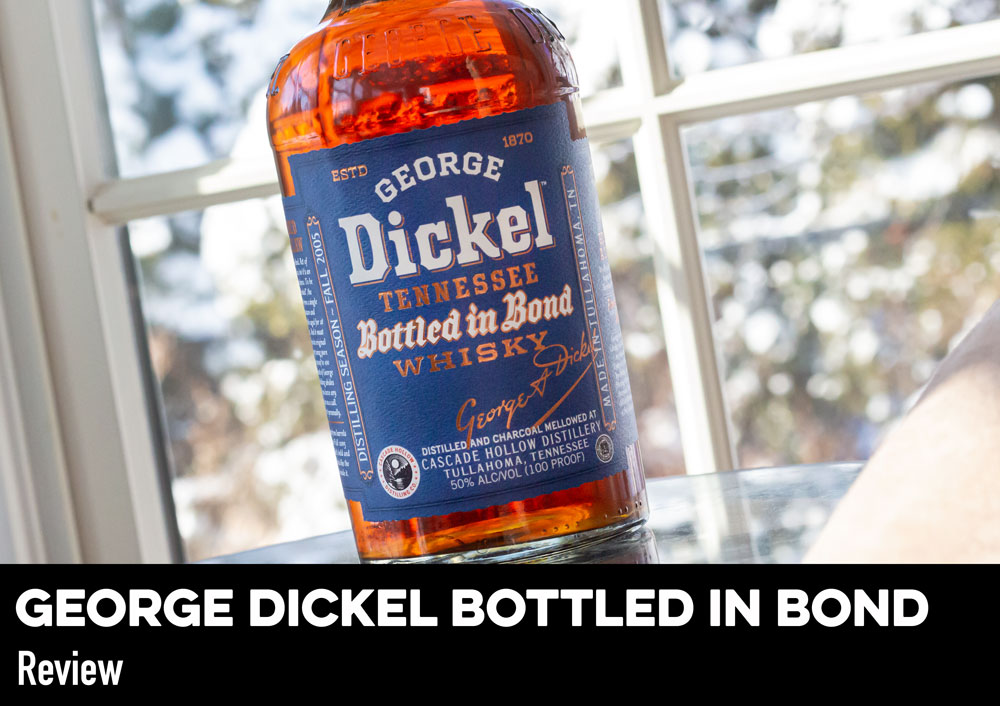 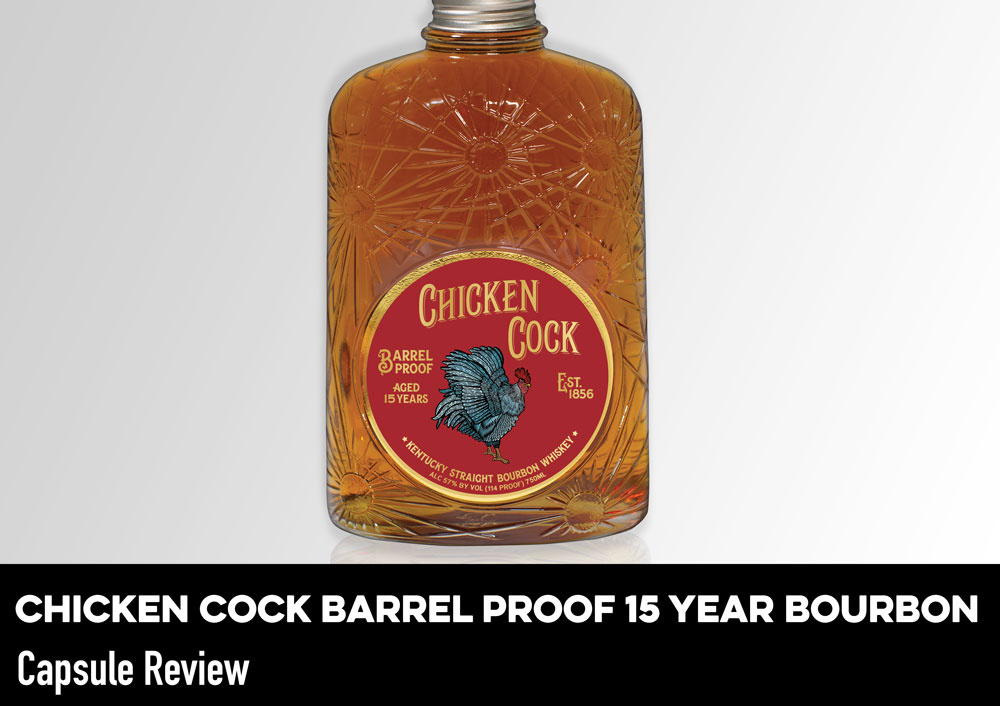 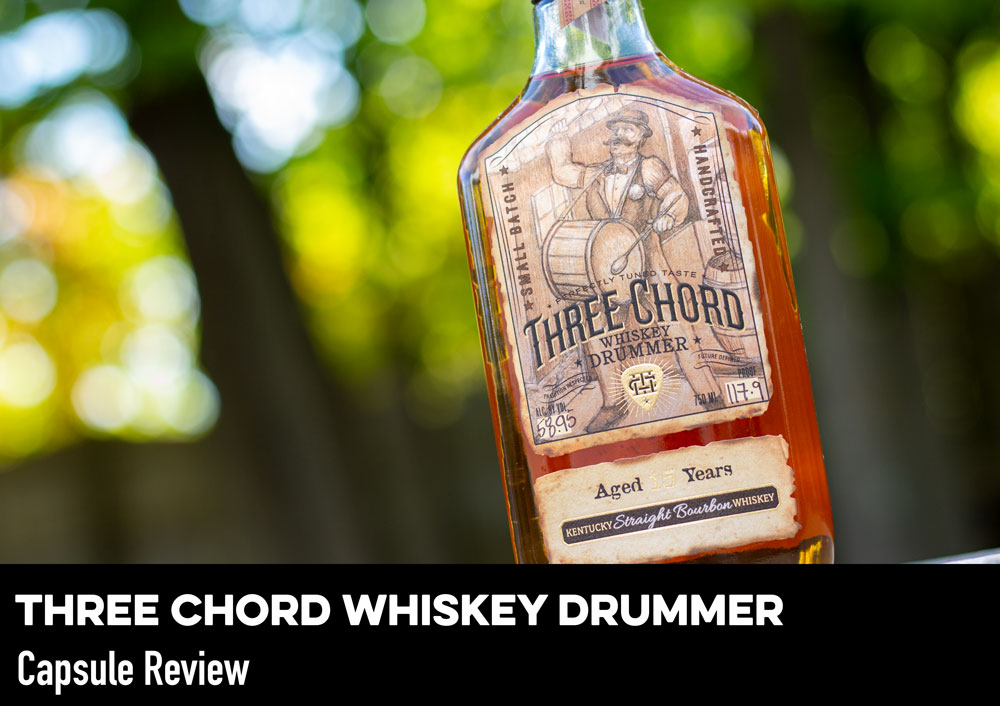