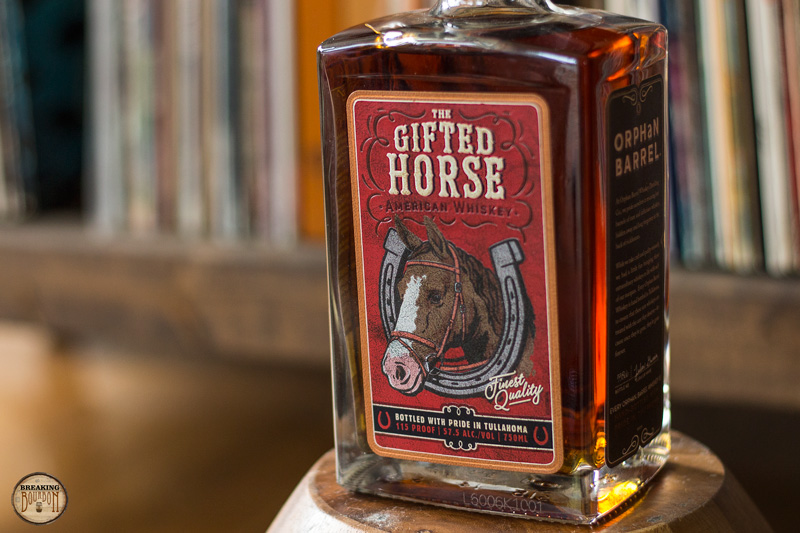 Find The Gifted Horse at Frootbat

Gifted Horse was an accidental blend according to Diageo. It’s comprised of 51% 4 year old MGP bourbon, 38.5% 17 year old Bernheim bourbon, and 10.5% 4 year old MGP corn whiskey according to the company’s press release. This is the seventh release in the Orphan Barrel line and the first without a double digit age statement.

Easily summed up as sweet, mild, and leaning on the basic side of the scale. Notes of vanilla, sweet corn, citrus, and a bit of dark fruit are wrapped up with a caramel bow. There’s a bit of youth on the nose that is well balanced by a faint hint of age from oak undertones. Far from heavy or overpowering, these oak influencers provide a nice foundation to an otherwise wobbly structure. Pleasant smelling, but run-of-the-mill.

Strong oak upfront with vanilla following in tow. A faint hint of caramel sweetness struggles to pull through the oak. Extremely basic and limited showing of flavors makes you wonder if they were even there in the first place. Its dearth of flavors and absence of memorable characteristics make this a soulless whiskey. To describe it as pure grain alcohol isn’t quite fair, but its lack of depth and overall weak flavor puts it on the fringe of that classification.

Harsh is an understatement here. This finishes with the heat of a barrel proof whiskey without the additional intensity of flavors that generally comes with it. Oak is once again the dominating flavor on the finish, but I don’t get the sense that it’s silencing other flavors. Like the palate, the finish lacks a noticeable range in flavor. Far on the backend is a bit of dryness that brings with it a musty aftertaste that’s mild in intensity, but never-the-less unpleasant and unwanted. This alone doesn't ruin the finish, since it was already ruined well before this point.

Diageo is marketing Gifted Horse as an accident. The company says they never intended to mix 4 year old bourbon and corn whiskey into their 17 year old Tennessee bourbon stock. “Accidental whiskey” is becoming a trend within the bourbon industry over the last few years, and it makes you think these massive multi-million dollar companies are run by The Three Stooges.

That said, it’s not exactly common for a major whiskey company to mix corn whiskey into aged bourbon stock, so in a way, Gifted Horse is a bit unique. In this case though, unique isn’t synonymous with great. If this wasn’t actually an accident, a logical conclusion why this blend exists is that Diageo had a number of not-so-great 17 year old bourbon barrels that needed to be cut with younger whiskey. Blending old with young isn’t new and the end result, in theory, should produce something that mutually compensates for the other’s flaws. Instead, the corn whiskey and aged bourbon blend together like oil and water. The harsh grain flavoring of the corn whiskey is immediately contrasted by the dry oaky traits of the 17 year old bourbon. Even the inclusion of a larger ratio of 4 year old bourbon into the mix isn’t enough to round out the flavor profile, though it might have made a more positive impact if it was a little older or more mature tasting. Sure Gifted Horse’s blend is unique, but it’s also something I probably could have replicated myself with better results. With a blend this haphazard, maybe this truly was an accident.

At $50, Gifted Horse is the least Diageo has charged for an Orphan Barrel whiskey, and it's for good reason. The company probably did ample research to figure out what the market would be willing to pay for this blend of whiskeys. The thing is, if it tasted good, who ultimately cares what’s in it? The flavor would justify its price. The problem is it doesn’t. We’ve reviewed a fews sub-$20 bottom shelf whiskeys and most of them are superior to Gifted Horse. How Diageo has the audacity to charge anywhere close to $50 for this is an insult to their customers, and is probably doing more harm than good to their Orphan Barrel brand, which is already a controversial brand to begin with.

Thanks to a basic palate and hot finish, this “accident” should have never made it to store shelves.

On paper, Gifted Horse looked to correct many of the complaints leveled against the Orphan Barrel line. It’s higher proof than previous Orphan Barrel releases along with the inclusion of young corn whiskey and bourbon should have mellowed the intensity of the oak notes that have plagued this series. Unfortunately, the higher proof brought with it an uncomfortable amount of burn and the corn whiskey completely sticks out against the dry oak notes of 17 year old bourbon. In a way, this marriage brought out the worst in each other. There is one thing I can confidently award Gifted Horse: Worst Orphan Barrel release yet.

Find The Gifted Horse at Frootbat
‍The sample used for this review was provided to us at no cost courtesy its respective company. We thank them for allowing us to review it with no strings attached.
360 video 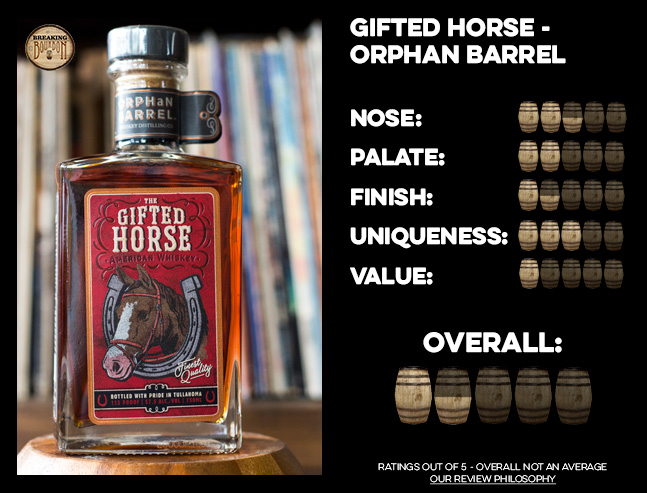 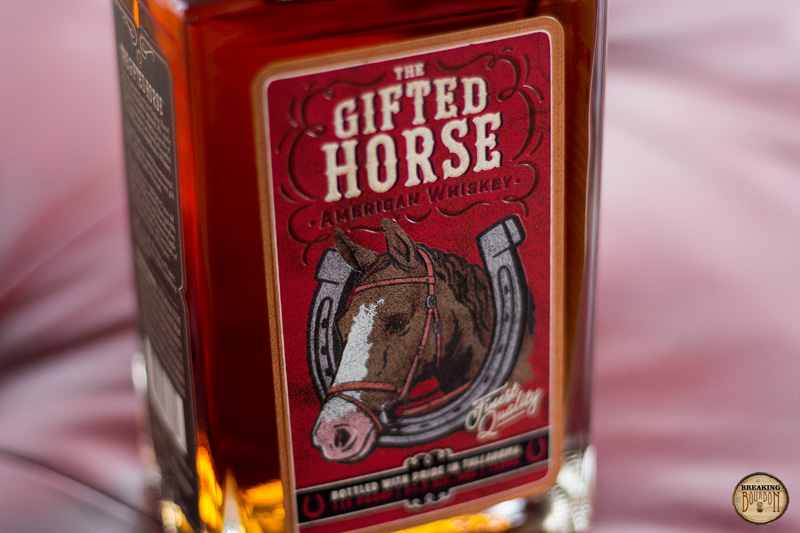 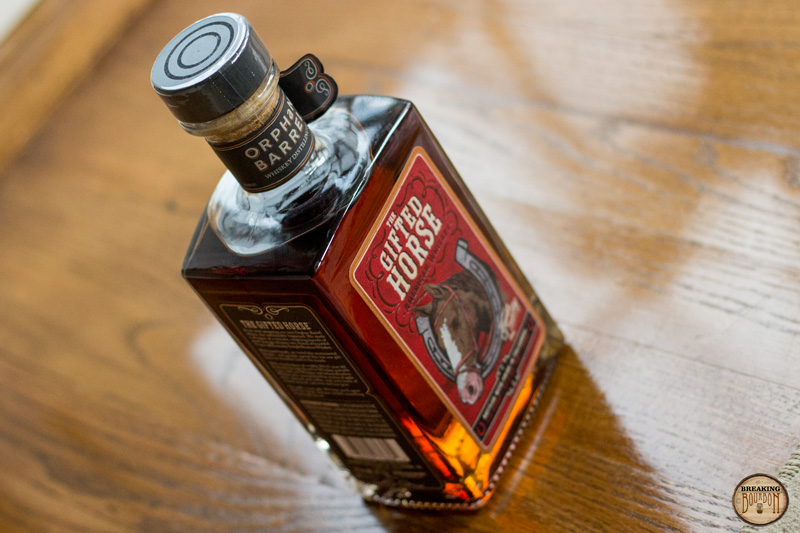 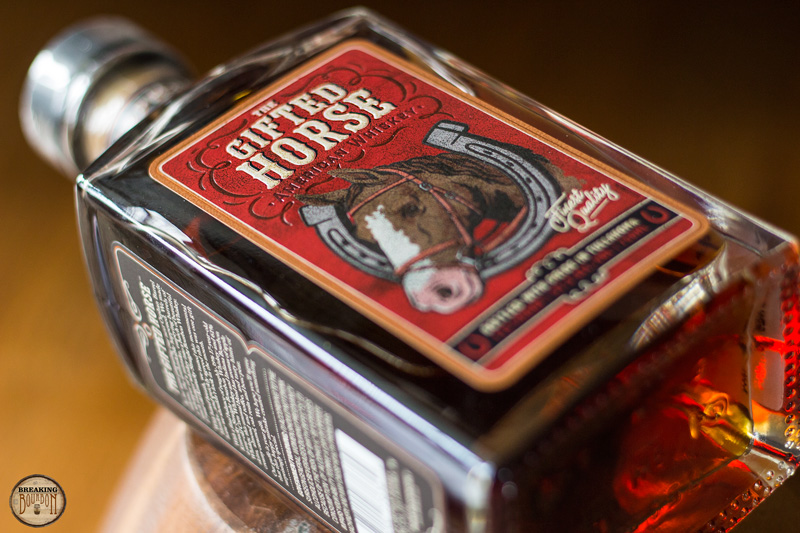