Crown Royal Canadian Whisky has been owned by Diageo since 2000 and is produced in Gimli, Manitoba, at the Crown Royal Distillery and blending is done in Amherstburg, Ontario Canada. The Crown Royal Noble Collection was introduced in 2016 and showcases Crown Royal whiskey in unique blends or finishes. Crown Royal has 1.5 million barrels of whiskey aging in 50 warehouses over 5 acres of land.

Rich and wonderfully expressive, notes of cherry, caramel, and barrel char rush out from the glass. A swirl gives this aroma additional potency, stirring up scents of creme brulee, orange juice, and lemon bars. A balanced amount of oak is present, finely contrasting the fruity notes and helping drive home the whiskey’s impressive age.

Cracker Jack, candy corn, and fresh mint work nicely against a backdrop of dark cherry, plum, and layered oak. It’s a delicate display of flavors that are presented in a very satisfying way. Even with its lower proof, the whiskey is quite approachable. It's surprisingly elegant, allowing the flavors to slowly present themselves and shine, forgoing the pomp and circumstance of many spicy ryes on the market.

A slow and steady ramp up of spice and heat is a welcomed addition, but brings little else with it. Straightforward in its delivery of baking spice and rye spice, the medium-long finish doesn’t go out of its way to impress. Tasting a bit thin as it goes down, I can’t help but blame it on its proofpoint, as its low proof does this whiskey a disservice on the finish. Far from flawed or even average, the finish works, but isn’t able to thrill.

High aged ryes are a bit of a unicorn in the whiskey world. In the American market, rye whiskey has only recently become popular again after a long drought, and of the few distilleries that even make rye whiskey, they rarely age it for a considerable amount of time. In the Canadian market, that isn’t necessarily the case. Rye has remained popular and brands like Alberta Distillers Limited and Canadian Club (both owned by Beam) have held the torch and kept it burning far longer than anyone else. To drive home that point further, as the legend goes, when Canadian whiskey makers started adding rye to their mashbills it became so popular that even a whiskey with a low percentage of rye (or even none) in its mashbill was often still referred to as a “rye,” which has stuck to this day.

While rye is growing in popularity in the U.S., most of it is released in the 2-6 year old range. That’s not to say no high-aged rye whiskey is released in a given year, but there are far fewer compared to their Candanian counterparts. To make matters more complex, many American distilleries actually source rye from Canadian distilleries, with WhistlePig being one of the most well known. Crown Royal, known for their extremely popular Blended Canadian Whisky and the more recent Crown Royal Peach, already features rye as its predominant grain. Yet it was late to releasing a whiskey labeled as a “rye” until 2015. It does make you wonder: Where did this 16 year old rye actually come from?

Anyone who's dabbled with Canadian rye whiskey usually notices it can taste a bit different than American-made rye whiskey. Many Canadian whiskeys that are labeled rye are often 100% rye, although there are no Candanian laws that state rye whiskey even has to have rye in its mashbill. Anyone who’s tasted the Canadian sourced very high rye WhistlePig or Lock Stock & Barrel products usually notices their unique taste, first and foremost. When you add in the lack of Canadian regulations regarding just what defines a rye whiskey, there can be many unknown variables that contribute to their unique taste outside of distilling techniques and grain source.

The strong uniqueness often found in other 100% rye (or close) Canadian whiskeys isn’t present in Crown Royal Rye Aged 16 Years on a noticeable scale. It's a much more familiar tasting American style rye except its age brings with it a more developed palate with more oak and overall gentleness that younger American ryes don’t generally exhibit. As you’d expect, it has more in common with Sazerac 18 Year than Wild Turkey 101 Rye. This, along with its age makes it stand out among the majority of ryes on the American market.

High aged ryes usually catch a premium, especially in the American market. Outside of the Buffalo Trace made Sazerac 18 Year and Van Winkle Family Rye, whose prices seem purposely held well below market value, Lock Stock & Barrel, Michter’s, and WhistlePig ryes all command top dollar. In Canada, where supply is more plentiful, prices of rye whiskeys on average are much lower. The age-old supply versus demand principle rears its head.

The American market of course is a different story, and the real reason why Diageo priced their 16 year old rye at $70 might be one of the greatest mysteries of the year. Maybe the company thinks American drinkers don’t have enough faith in a Crown Royal product commanding top dollar. Whatever the reason, let us reap the spoils, as Crown Royal Rye Aged 16 Years is a steal - a statement that isn’t uttered in very frequently anymore.

Any time a high aged rye product hits the market, I take notice. With Sazerac 18 Year and Van Winkle Family Rye being two of my favorite whiskeys, I’m always in the hunt for high-aged ryes. While Crown Royal Rye Aged 16 Years doesn’t reach the flawless heights of those two releases, it’s still impressive in its own right.

There are still a lot of unanswered questions about this release, as Canadian whiskey laws are much more lax than American ones. We don’t know what was blended in this, as under Canadian law, distillers can blend in up to a maximum of 9.09% of other liquids containing alcohol into their whiskeys (even bourbon or scotch in some cases). That amount is strangely close to the 10% that is undisclosed in 16 Year’s mashbill. There are also unconfirmed accounts that this was aged in both new and once-used barrels, which of course is acceptable, but it could change how you ultimately view it. Regardless of the unknowns, Crown Royal Rye Aged 16 Years is a fine release and for anyone that is interested in rye, especially high aged ones, it has a lot to offer.

Buy Crown Royal Noble Collection Rye Aged 16 Years at Frootbat
‍The sample used for this review was provided to us at no cost courtesy its respective company. We thank them for allowing us to review it with no strings attached.
360 video 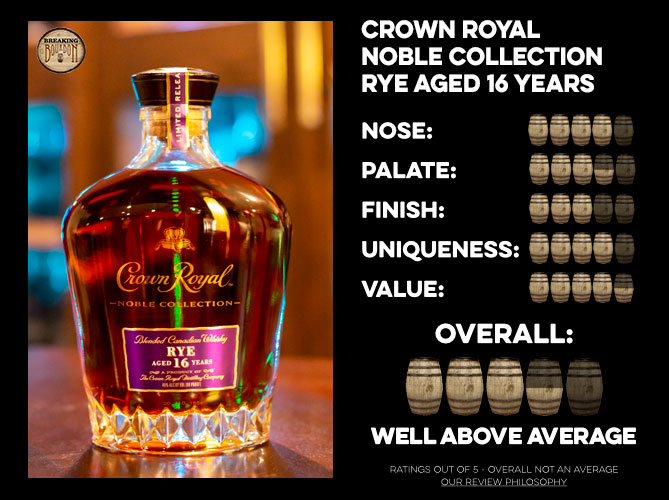 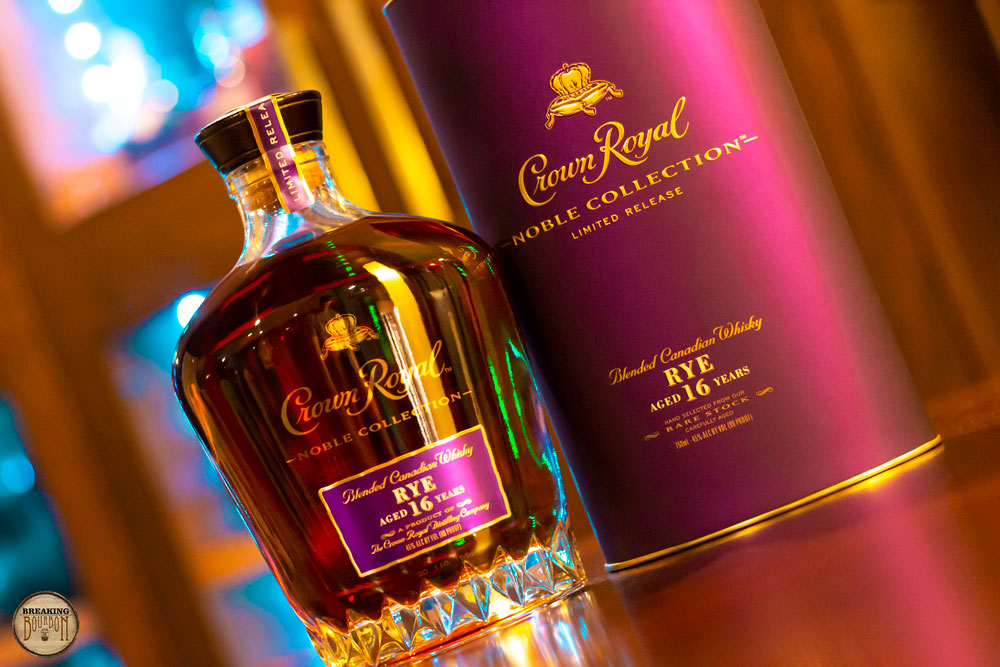 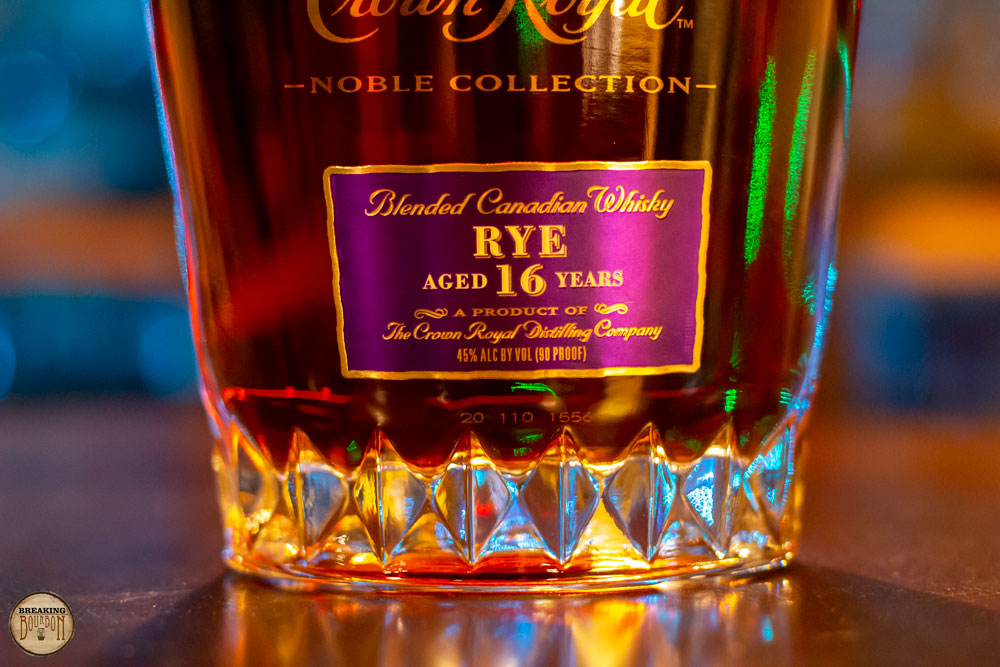 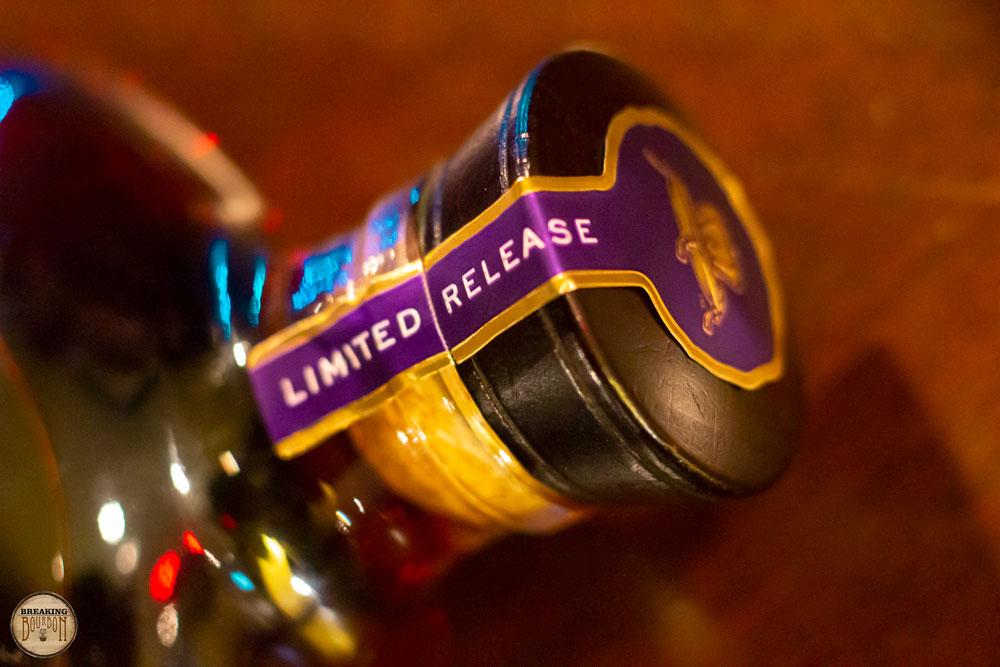 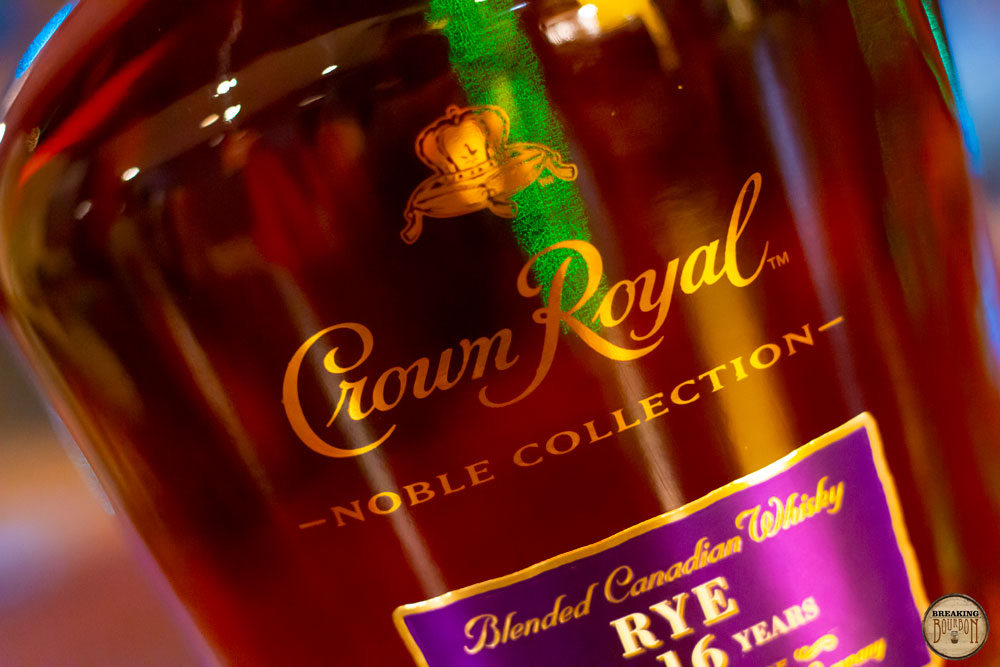 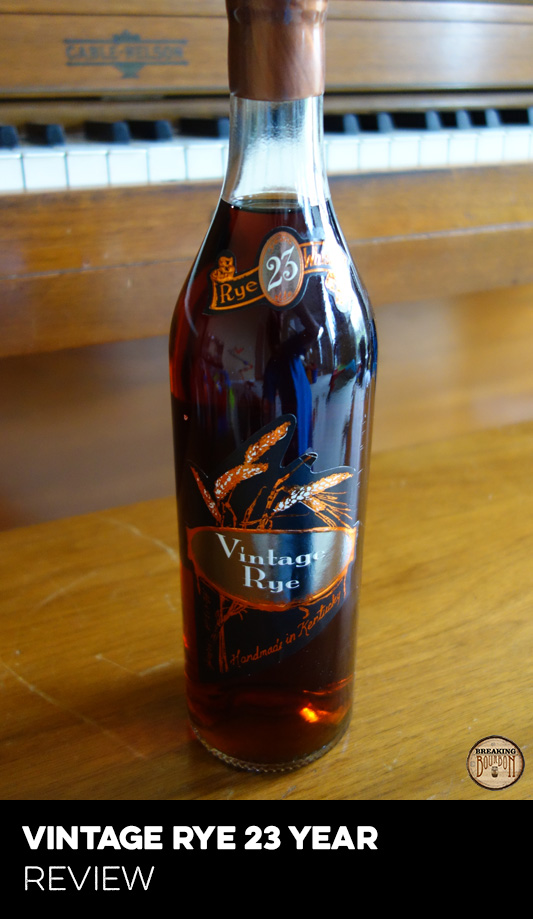 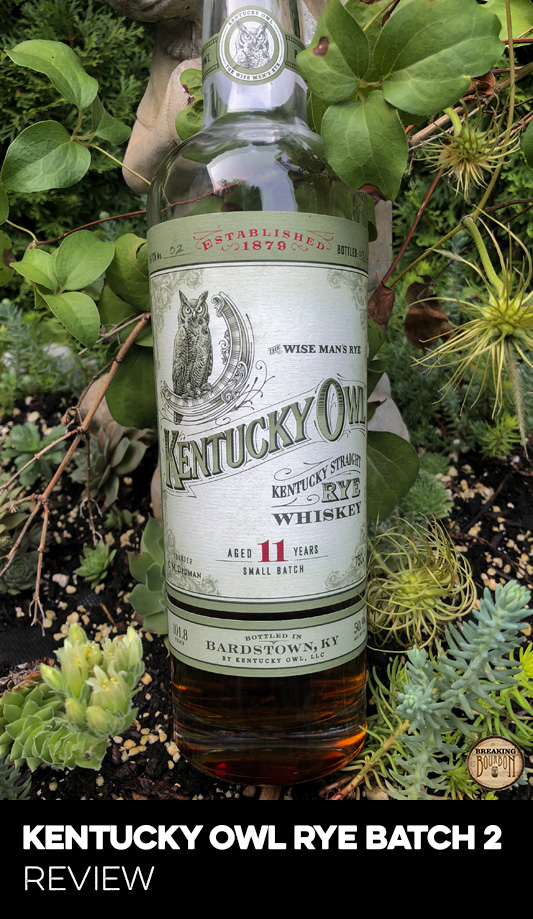 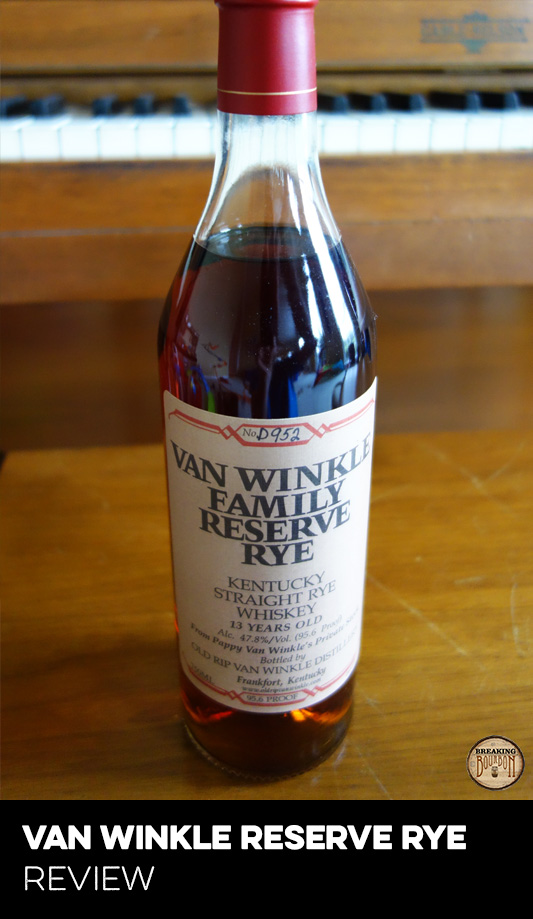