Wild Turkey Master’s Keep Unforgotten is the eighth release in the company’s annual Master’s Keep limited series. This year’s edition takes inspiration from the 2010 release of Wild Turkey Forgiven, which was a “fortuitous and unexpected co-mingling of young rye and mature bourbon.” While Unforgotten maintains Forgiven’s large age gap between its base bourbon and rye, the latest release ups the age greatly of both base whiskeys. Wild Turkey decided to take Unforgotten a step further and finish the blend in used rye casks. The blending of bourbon and rye was very uncommon in the early 2010s and even in 2022 it still hasn’t become a mainstay practice. Wild Turkey followed up their accidental batch of Forgiven with two subsequal “planned” releases, but since then the company hasn’t produced any additional follow-ups in a similar style.

Boasted by sweet caramel and cinnamon sugar this combination starts the nose off pleasantly. Rye spice soon intervenes, introducing a sharp contrast. As the two fronts come together, there is a happy medium that occurs with both sweetness and spiciness offered in equal measure. The aroma eventually draws out scents of green apple, lemon, orange, honey, and sweet tempered oak creating a rich and satisfying base. It’s an excellent and complex aroma that offers familiar scents, but delivers them in a satisfying union.

Caramel and sweet oak are nicely paired with sweet dried fruit. This combination of sweetness and fruitiness is immediately impactful. A layer of gingerbread develops mid-palate offering a delightful play between sweet and spice. The palate is further enhanced by a velvety mouthfeel, and when combined with its overall rich flavors, does a fantastic job highlighting its base whiskey components. The whiskey's ample age allows the palate to come together exceptionally well.

Rye spice quickly develops concurrently with a rise in dry oak. It’s a welcomed contrast to the more sweet-focused palate. Surprisingly, the spice and dry oak are kept in check and aren’t allowed to overwhelm the finish. Instead the spice and dry oak find companionship with sweet cinnamon, black pepper, and nutmeg. A touch of the palate’s fruitiness lingers, providing a welcome echo to the excellent palate. Complex with notable maturity throughout, the finish concludes an all-around fantastic sip.

Wild Turkey isn’t necessarily known for their bespoke blends. Almost all Wild Turkey whiskeys are blends of some kind, outside of their single barrel releases of course, but rarely do people speak of the company’s blending prowess. A few Master’s Keep releases, most  notably Decades, and pre-Master’s Keep releases, such as Diamond Anniversary, were blends of high aged bourbon, but because Wild Turkey uses only one bourbon mashbill, the company doesn't come off as a blending house like other distilleries do.

This is why Unforgotten is such an interesting Wild Turkey product. Perhaps it was hard to see the forest from the trees in the early 2010s when Wild Turkey released Forgiven to be able to take in just how unique of a product it was for the company. Citing a blending mishap, its blend of bourbon and rye turned out to be one of the forerunners of the bourbon-rye blend subgenre of whiskey. Besides some quick follow up batches, Wild Turkey has largely ignored expanding on the concept. Now eight years later, it finally gets a noteworthy follow-up that even expands on the original concept. Featuring higher aged whiskeys but also finished the blend in used rye casks is a rather uncommon practice when more often, ex-bourbon barrels are used. Perhaps there is the fear of rye casks imparting too much overpowering spice, or maybe it simply comes down to rye being arguably less marketable compared to bourbon. While there is a notable spice element throughout Unforgotten, it's the whiskey’s blending of bourbon and rye that expertly highlights the base whiskey’s best aspects, and the additional layer of finish that truly makes Unforgotten stand out.

Wild Turkey has once again upped the price of their Master’s Keep release. While the company has maintained their $175 price point since 2019’s Master’s Keep Cornerstone, the bump to the $200 threshold this year is a bit disappointing. Yet it’s also to be expected as 2022 is the year of inflation, and you should probably expect to pay more for everything, and bourbon is certainly no exception to this trend. The company is familiar with the over $200 price range of Russell’s Reserve 1998, 2002, and upward limited edition releases have hovered above that. Wild Turkey has also heavily allocated their Master’s Keep line since Cornerstone, and the decrease in bottles available has directly increased demand for the brand. Where many pre-2019 Master’s Keep bottles used to sit on the shelves long after being released, stores now typically only see a few bottles of Master’s Keep come in. Combine this with a steady increase in quality of this limited release series, and it makes sense from a company standpoint to increase prices yet again.

The main counterpoint to this is Wild Turkey is hot off the heels of the fantastic Russell’s Reserve 13 Year in which they only asked $100 for. Where they seem to delegate that as a next step up in their Russell’s Reserve line, they appear to want to treat their Master’s Keep releases as special, especially as they feature the “Wild Turkey” branding.

Yet all of that doesn’t add up to much if the whiskey is boring as many mid-2010 Wild Turkey limited releases were. Master’s Keep Unforgotten is one of the company’s more interesting releases. Where many Master’s Keep releases have focused on age statements and blends of different aged bourbons, Unforgotten is fascinating as Wild Turkey doesn’t explore bourbon and rye blends very often, and because the end product comes together so well, its asking price is justified.

Unforgotten is the most dynamic and impressive Wild Turkey Master’s Keep release yet.

Unforgotten is an extremely impressive blended whiskey from a company not necessarily known for their blending capabilities. It nicely showcases the best parts of its blended base whiskeys, with an added bonus of its unique rye barrel finish. The whiskey’s aged components are the stars here though; delicate, sophisticated, and ripe with mature flavor. As great as Russell’s Reserve 13 Year released this fall was, not to mention Russell’s Reserve Single Rickhouse, Master’s Keep Unforgotten is masterful in its execution. “Which Wild Turkey release is better?” might turn out to be a lasting discussion point that comes out of 2022, as a case can be made for any. Regardless, it's great to see Wild Turkey come roaring back in 2022 with some truly fantastic whiskeys.

Buy Wild Turkey Master’s Keep Unforgotten at Frootbat
‍The sample used for this review was provided to us at no cost courtesy its respective company. We thank them for allowing us to review it with no strings attached.
360 video 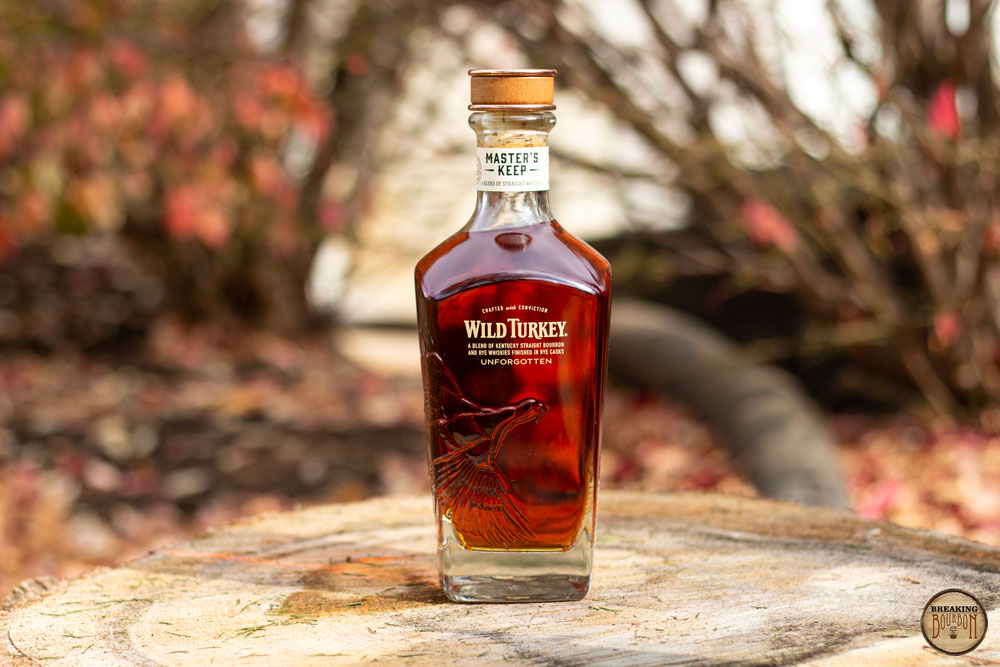 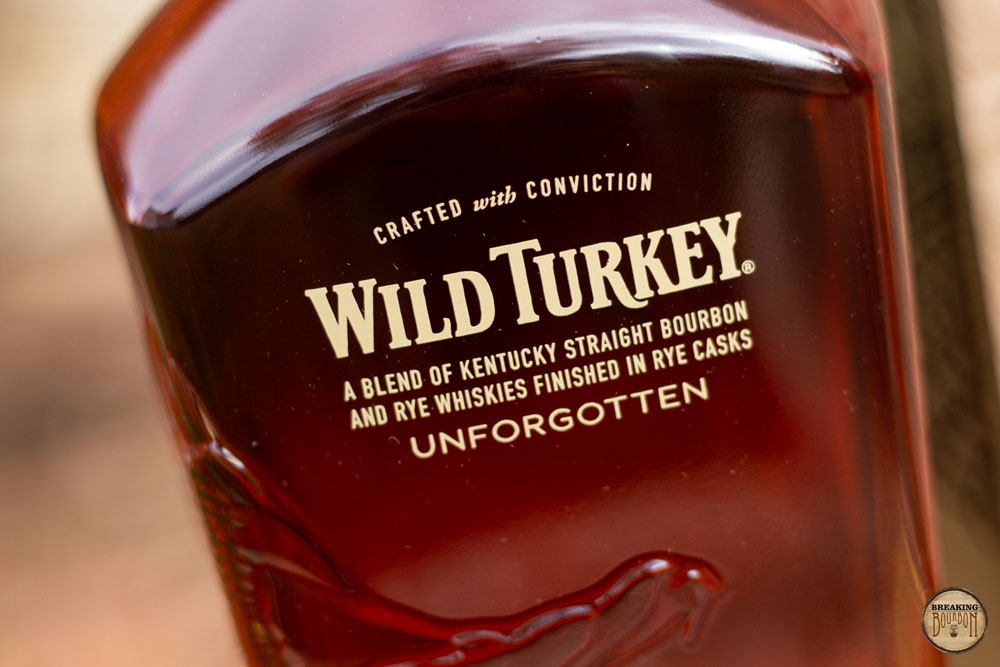 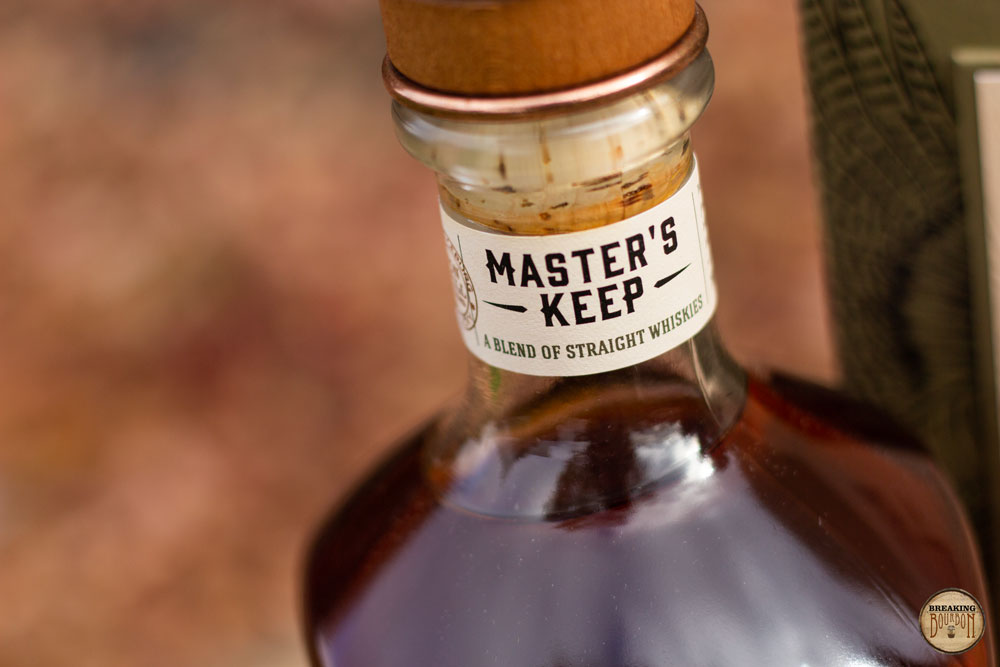 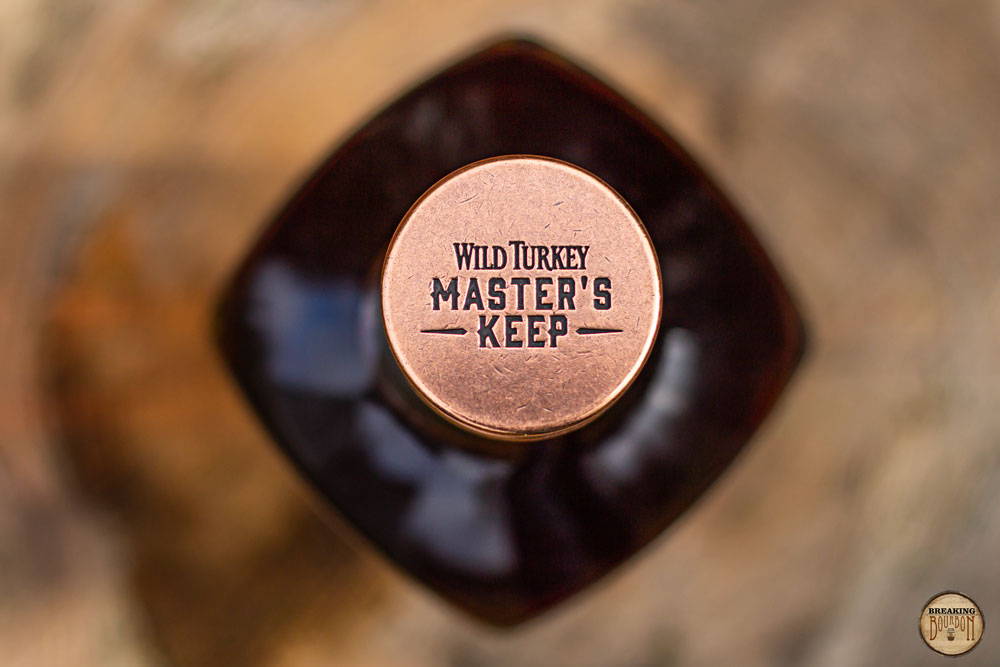