Mellow oak and caramel chews candy are punctuated by bouts of cinnamon and rye spice. This contrast is reinforced by the addition of sweet candy corn and black pepper. Together, these scents create a dynamic aroma that playfully balances pep and gentleness. An excellent display of controlled sophistication without being stale and stodgy.

Following what the nose carefully sets up, a gentle introduction of butterscotch, honey, and vanilla leads the way. Joining them are minor notes of ginger and sandalwood that add a touch of depth. The bourbon's even delivery of its flavor profile exudes finesse. There aren't any peaks or valleys found here, just a buttery delivery of flavors that work famously together.

A transition to spice and heat is quick and impactful. Where the palate was gentle, the finish is fierce. Hot cinnamon and peppered rye spice take charge producing an instant reaction. Dry oak, light cigar box, and toasted oak ride the medium length finish out to its natural conclusion. It's a fitting end to a bourbon that exemplifies refinement and confidence.

There were probably many whiskey fans that were crestfallen when they heard that the 2021 release of Wild Turkey’s Master’s Keep line was going to feature a toasted barrel finish. As the current trendy go-to finish for many producers, the announcement came seeming as if Wild Turkey was simply following what everyone else is doing. On the one hand, it would be interesting to see Wild Turkey’s take on the finish, but on the other, it’s yet another toasted barrel finished bourbon on the market. But you’d be wise not to forget the parties involved in every Wild Turkey whiskey. While not every Master’s Keep release has been a success story, it's foolish to discount the Russells’ expertise in whiskey making. And nowhere is that more apparent than Master’s Keep One.

In 2021, toasted barrel finishes were a mixed bag. Very few got it right, and it showed, throwing whiskey in a toasted barrel isn’t an automatic win and is in fact a much more temperamental process than most believe it to be. Too much toasted finish doesn’t just overpower its base whiskey, but often turns it into an unrecognizable bourbon that is punchy in all of the wrong ways and features an off taste that is impossible to overlook.
‍
That’s where Master’s Keep One shines. It sports a refinement not seen in many toasted barrel finishes, and gently incorporates its toasted finish with a high degree of poise. How this was accomplished is anyone’s guess, but a carefully crafted base blend and just the right amount of time in the finishing barrels is probably a good place to start. The result isn’t a bourbon that is unrecognizable from a standard Wild Turkey release, but one mellowed in spots with brilliant accents of spice and heat. Its toasted finish is gently incorporated throughout, which adds without taking away.

Wild Turkey has been fairly consistent with an annual limited edition release pricing. Even before the bourbon boom, they would release high priced bottles when it was more of an exception than the rule in the industry. After their first Master’s Keep edition in 2015, they have kept with the branding for subsequent releases. Now in their sixth edition, the pricing of these limited releases have impressively only increased $25 since the brand’s inception.

Yet, there’s certainly a case to be made that limited edition pricing is spiraling out of control, and $175 for Master’s Keep One is not a small number. Simply slapping a “limited edition” on any label now warrants a $100+ price tag. The question still remains years into the boom: “What makes a limited edition product special that justifies its higher price?”

It can be many things, but most common are age, blends, unique finishes, and sometimes it's simply because the whiskey just tastes really good. Far less common though is refinement cited as a contributing factor. Perhaps due to the difficulty in achieving such a goal, or a general difficulty marketing such an accomplishment, refinement isn’t often a whiskey's main selling point.

Master’s Keep One of course features a barrel finish, and a popular one at that, but its real achievement is its refinement. This often isn’t as celebrated as it probably should be, but it’s perhaps one of the most important goals any bourbon can achieve. If any bourbon can warrant a $175 price tag, one that gets its finish right, that's balanced, and features the right amount of fineness, should be enough to justify it in anyone’s book.

Master’s Keep One nails its toasted barrel finish, but its real draw is its expertly blended bourbon and skillful refinement.

Wild Turkey Master’s Keep One flat out gets its toasted barrel finish right. I’ll further add it's one of Wild Turkey’s more elegant bourbons they've put out in a long, long time. It oddly lacks the Wild Turkey fruitiness that I love from the brand, which either could have made this one of the best Wild Turkey releases in the modern era, or made it completely off balanced. There is an undeniable amount of finesse with this release that makes it such a joy to experience. Its toasted finish stays relatively in the background during its palate, likely contributing to its evenness, but becomes a major player during its finish. Master’s Keep One has a good chance of making you a believer in the toasted barrel finish process, and that all has to do with the expertise of the people producing it.

Buy Wild Turkey Master’s Keep One at Frootbat
‍The sample used for this review was provided to us at no cost courtesy its respective company. We thank them for allowing us to review it with no strings attached.
360 video 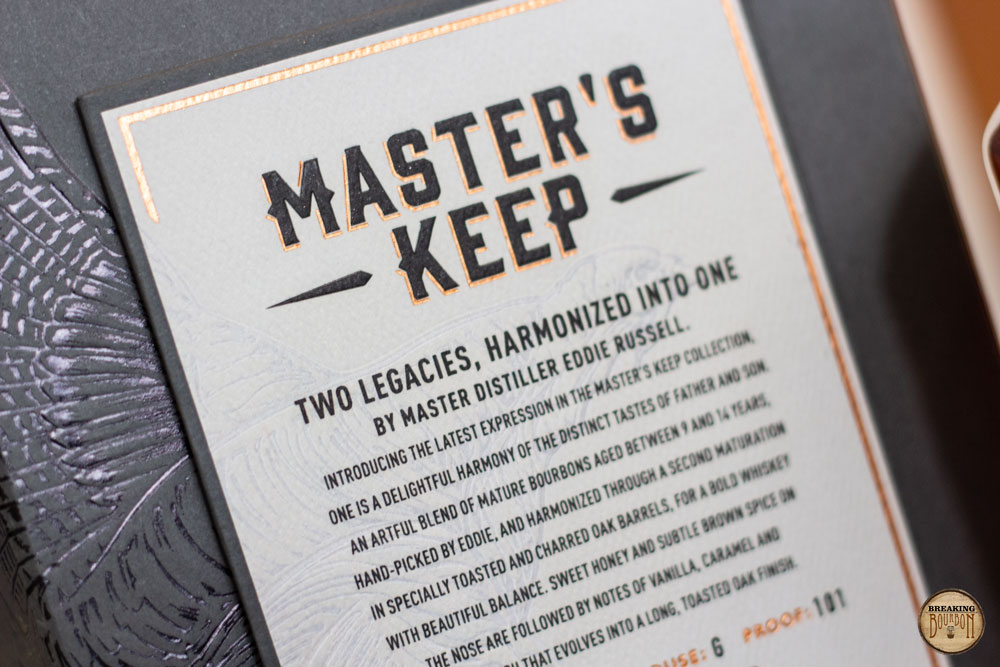 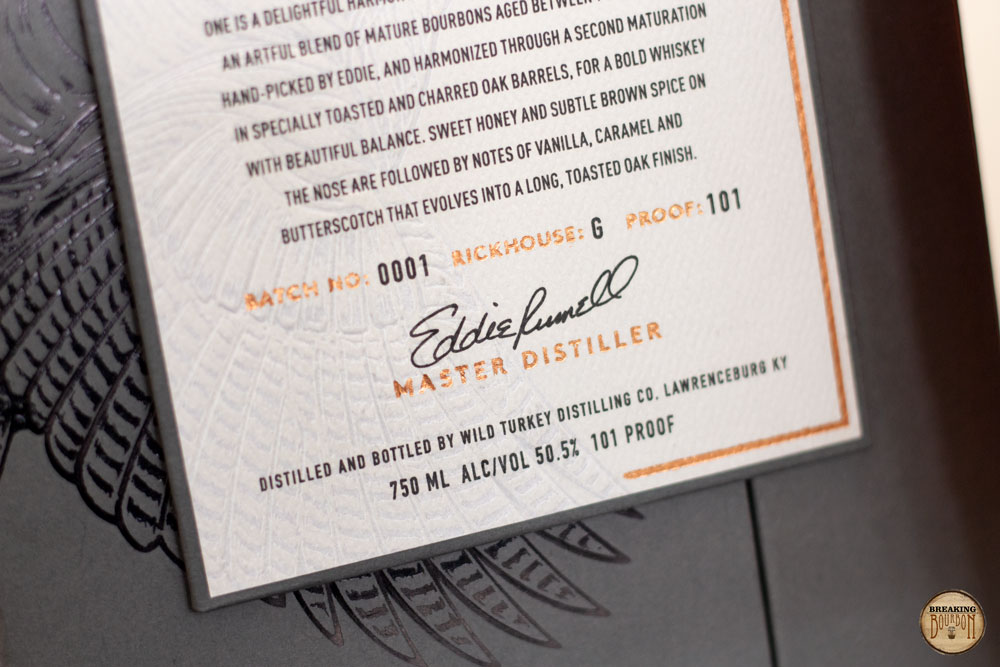 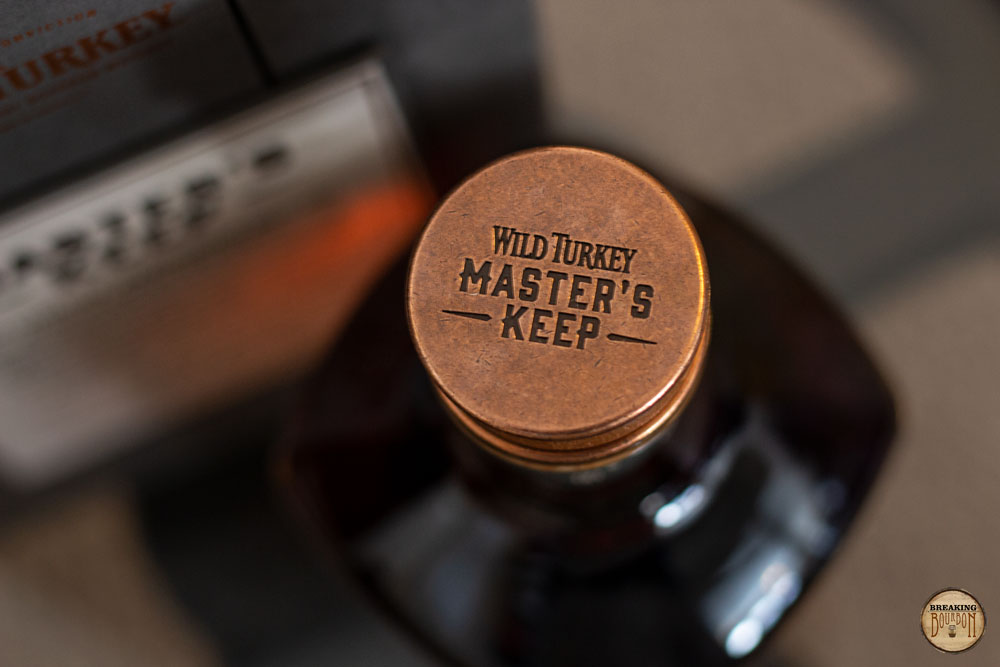 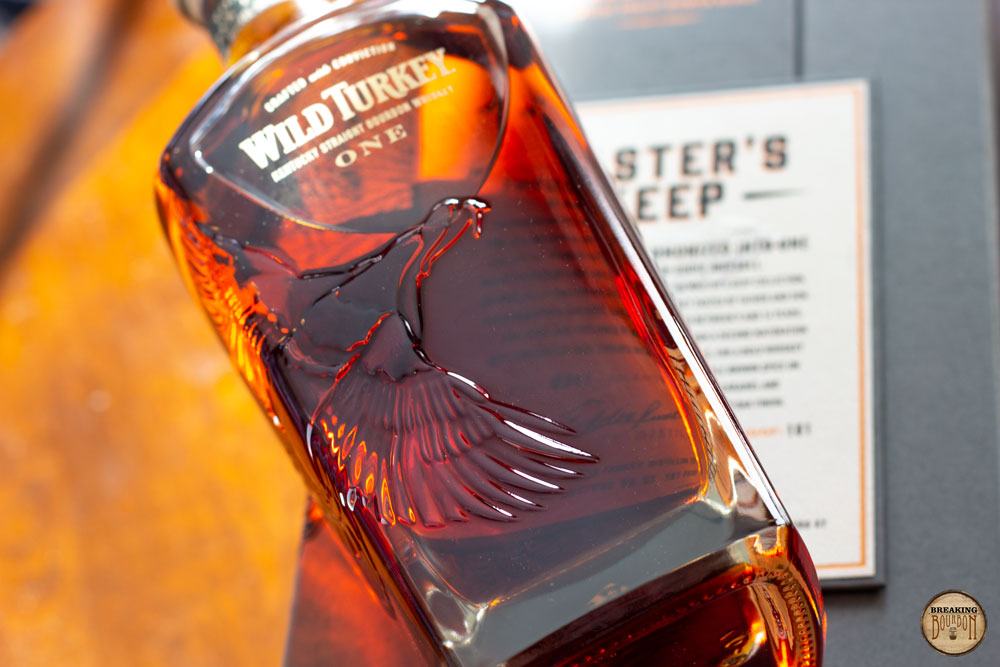