Russell’s Reserve 13 Year Old Bourbon was first released in 2021 as a limited one time product. With a low bottle count, the release quickly sold out with Wild Turkey fans demanding more. The company obliged, and announced a second release along with declaring that it would become an annual limited release. Just like the standard Russell’s Reserve releases, Russell’s Reserve 13 Year Old Bourbon is meant to honor master distiller Eddie Russell who celebrated his 41st anniversary at Wild Turkey in summer 2022. According to the company, this release showcases Eddie's “innovative talents and expert ability to develop complex flavors through careful aging and a keen sense for identifying only the highest quality barrels.”

Candy apple, strawberry shortcake, and brown sugar form to create a sweet first impression. The sugary fruit aroma carries along with it a dash of maple syrup, cinnamon bun, and touch of allspice. Mature oak tempers the sweetness allowing for a moment of reprieve. Together it forms a fantastic aroma that’s hard to find a major fault with and light years beyond Russell’s Reserve’s other standard bourbon releases.

The palate immediately finds a balance between its sweet and savory sides. Classic Wild Turkey fruitiness is present but is nicely offset by gentle seasoned aged oak. It's a striking balance that the bourbon manages to pull off, as cherry and apple are able to shine right along with a prominent aged oak, leather, and a dash of pepper. Complex and bold, it's altogether a treat to sip.

Aged oak dominates the finish, immediately grounding the bourbon. It sheds much of its sweetness at this point and is where Russell’s Reserve 13 Year truly shows its age. Rye spice gently ramps up, as does cinnamon, leather, and tobacco. The finish refrains from going overboard in length, as it’s not overly long or piercing. While it has moments of boldness, it's a surprisingly gentle sipper overall, warming and inviting in the best of ways.

The Russell’s Reserve brand extension from Wild Turkey is meant to honor the legacy of the Russell’s who helped make the company what it is today. While there’s nothing against other Wild Turkey bourbons featuring a 13 year age statement, there’s something a little extra special when the Russell’s Reserve line features it. Bottling it at barrel proof is a major step up compared to the Wild Turkey 13-year-old bottles’ 86 and 91 proof. That extra proof goes a long way highlighting the best aspect of Wild Turkey’s flavor profile. Its fruitiness is more expressive, as is its aged oak component which few bourbons can truly match. While there aren’t any “out of left field” flavors present, there’s no mistaking this a finely aged bourbon. Age statements have started to return to some major brands, but few are able to find the delicate balance between age, flavor, and intensity as well as Russell’s Reserve 13 Year Old Bourbon does.

Another one of the more interesting aspects of Russell’s Reserve 13 Year is its price. It’s a head scratcher, but not for the usual reasons. Its $100 price point is considerably lower than most limited edition releases, and even the company's other 13-year-old bourbons. As Wild Turkey’s Master's Keep releases inch closer to $200, and the next Russell’s Reserve limited release, Russell's Reserve Single Rickhouse Camp Nelson C is priced at $250, it makes Russell’s Reserve 13 Year’s $100 price tag all the more perplexing. Perhaps the company was working off their existing Russell’s Reserve pricing structure of the 10 Year’s $38, and the Single Barrel’s (often in the 8-10 year age range) $50. There’s also Wild Turkey’s competition, Knob Creek 12 Year is one of the most celebrated bourbons of the last few years and is priced between $60-$80 depending on the store.

Possibly following the Buffalo Trace pricing model of underpricing for the sake of it, it doesn’t change the fact that this bourbon is severely underpriced. With the flood of 14 and 15 year old bourbons on the market fetching well over $200, Russell’s Reserve 13 Year is a unique case where age and price don’t line up as you’d expect. Besides age alone, proof is another factor. Brown-Forman releases their Woodford Reserve Batch Proof for $130, while Heaven Hill releases Elijah Craig Barrel Proof and Larceny Barrel Proof for $60. The bourbon market is full of inconsistencies.

Yet, Russell’s Reserve 13 Year Old Bourbon’s price of $100 for the quality it delivers makes you want to clear the shelves of it. Of course the reality is, this release will be extremely hard to find and stores will likely charge more or hold it till the end of the year for their best customers. Even if Wild Turkey priced it at $200, it’s not like it would be any easier to find, but if you happen to come across a bottle for close to MSRP, it’s a no brainer and an excellent value.

Finding the perfect balance between its fruity and sweet notes against its aged oak notes, makes this 13 year old barrel proof bourbon from Wild Turkey a steal.

It’s always a cause for celebration anytime Wild Turkey releases a higher aged bourbon. While some of their high aged Master’s Keep releases have had their difficulties finding the right balance, Russell’s Reserve 13 Year Old Bourbon hits its mark with precision. Some of the company’s other 13-year-old bourbons are well crafted and are available at a reasonable price online, but their major drawback is their proof. I didn’t think barrel proof would drastically change the effects on the company’s 13-year-old bourbon. Of course there would be a concentration of flavor and a greater overall intensity, but when this higher proof is paired with Wild Turkey’s flavor profile, it’s able to work its magic bringing out finer points of its aged oak. I have no apprehension calling Russell’s Reserve 13 Year Old Bourbon one of Wild Turkey’s best recent releases.

Buy Russell’s Reserve 13 Year Old Bourbon (2022 Release) at Frootbat
‍The sample used for this review was provided to us at no cost courtesy its respective company. We thank them for allowing us to review it with no strings attached.
360 video 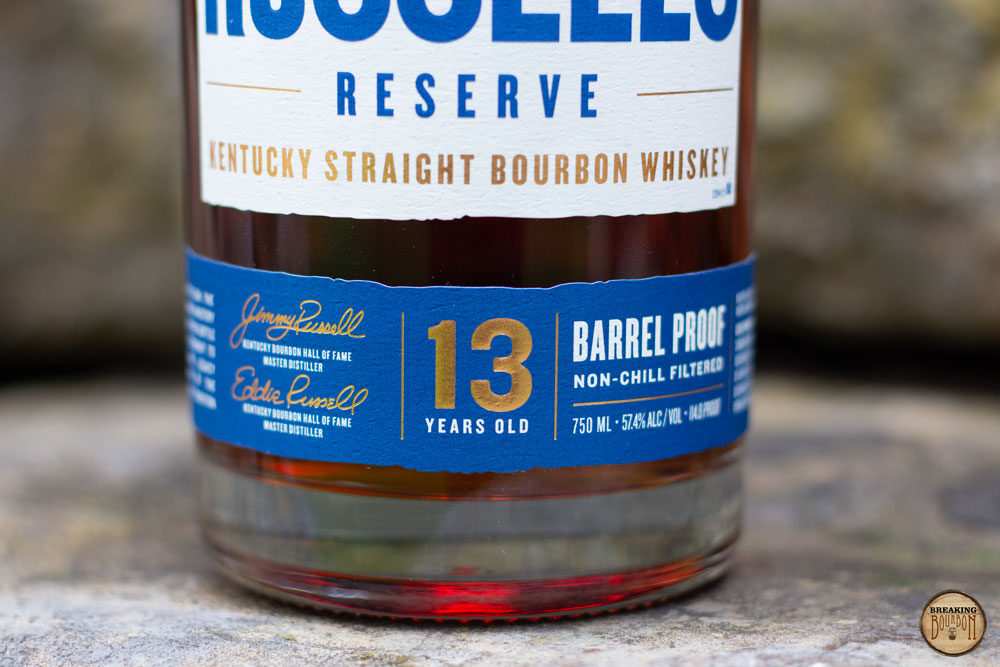 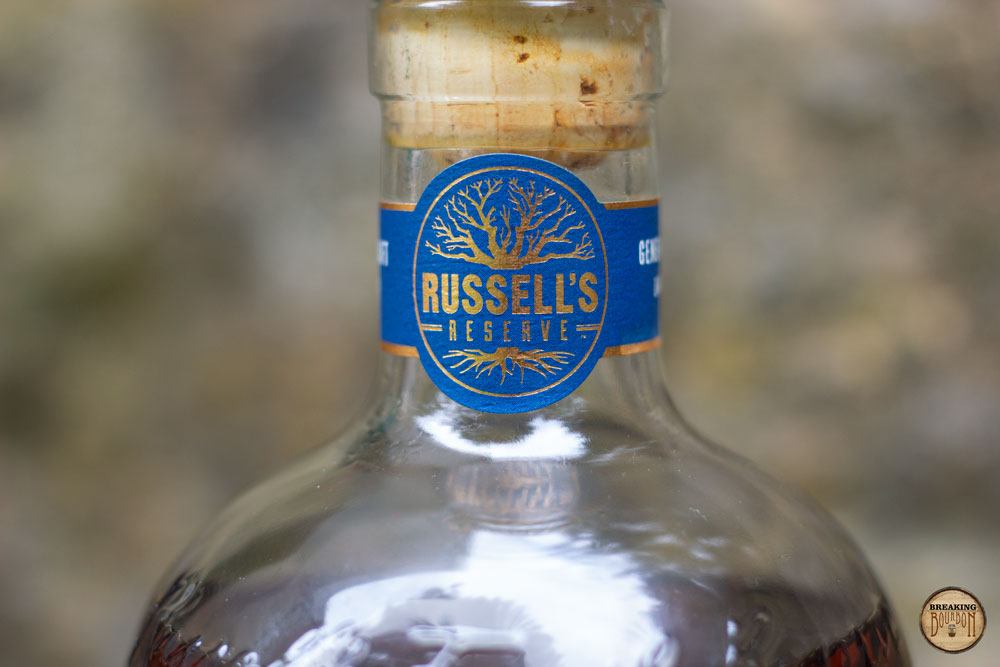 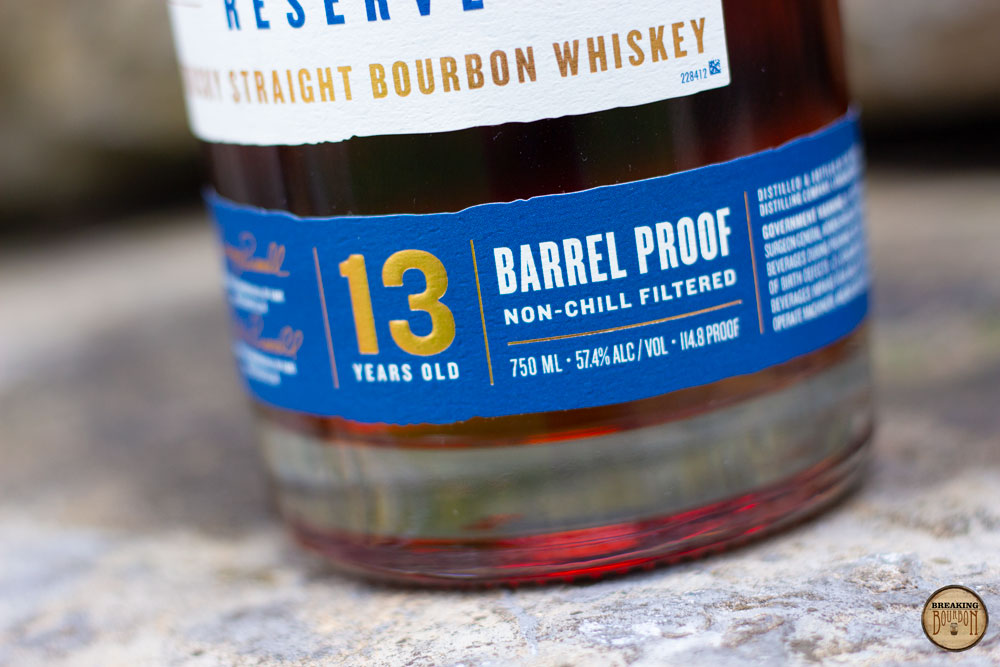 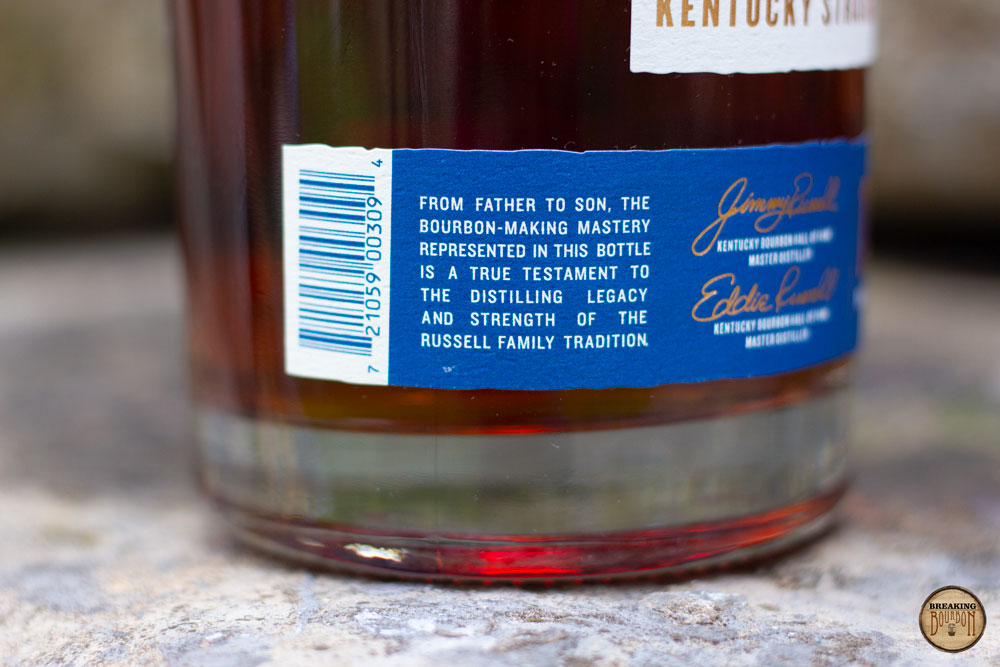