Subtle Smoke is Beam Suntory’s latest addition to the Basil Hayden line of whiskeys. Beam claims Subtle Smoke is created differently than the most other smoky spirits. First, the company toasts and lightly chars secondary barrels. Then they ignite hickory-smoked chips and direct the smoke into the barrels. The bourbon finally undergoes a six month secondary aging process in these barrels. Subtle Smoke is a limited time offering much like other Basil Hayden whiskeys, such as Caribbean Reserve Rye and Two by Two Rye.

An even-tempered aroma of toffee, vanilla, and oak, with a light pinch of smoke. Slight heat and rye spice follow with a deeper inhale, which nicely caps off the aroma. The nose features a nice intensity given the whiskey’s low proof, but I’d wager it’s ultimately held back by it too. Taken as a whole, the aroma works well, mixing scents together in a complementary way to satisfying results.

A simple and subtle yet effective display of vanilla, caramel, oak, and light smoke. It strives to be nothing more, offering its flavors in a straightforward way. This results in a balanced start to the sip that leaves little to the imagination. Surface-level frills due to its light smoke note ends up being the main attraction, with nothing extra to pull apart. Neither flawed nor impressive, the palate finds itself barely putting in much effort and the result is a sip seems content with being average.

A gentle ramp up of smoke transitions to chocolate ice cream and coffee bean before concluding with a lingering smoke aftertaste. The smoke is once again the draw here. It’s subtle enough to not offend and helps provide the illusion of depth. Simple overall, the smoke does help add something to fixate on, and gives the drinker a reason to continue sipping. Far from memorable, the finish at least provides a gentle pop of heat and soft smoke aftertaste allows the bourbon to make its ephemeral mark.

The plight producers go down when taking on a smoked whiskey is not easy, and is far from a sure thing. Smoke in American whiskey, especially bourbon and rye, is still an apprehensive movement. Lovers of smoke often have found a wealth of options in foreign whiskeys. The majority of mainstream bourbon drinkers seem to shy away from smoke-forward whiskeys. But that’s not to say American whiskey producers have tried to crack this smoke-filled nut. High West Campfire and Corsair Triple Smoke are two products that have tried to tackle it head on, where products like Wild Turkey Longbranch, MB Roland Dark Fired Bourbon, and a new blitz of stout-finished bourbons have tried to break in through the side door. The extent of the market’s appetite for smoky American whiskeys is anyone’s guess though.

But that doesn’t stop producers from trying again and again. Basil Hayden, known for being Beam’s gentle 80 proof bourbon of the Small Batch Collection, and seen as an introductory whiskey for the mainstream crowd, tackles smoke from the best angle the brand knows how to: subtle. As the bourbon’s name spoils, subtle is the name of the game and surprisingly, might be the right play. By having it on an equal footing with the bourbon’s vanilla, toffee, and oak notes, it compliments without overpowering. This isn’t an easy feat given the potentacy smoke brings with it. Where some whiskeys inadvertently feature a soft smoke note, Basil Hayden Subtle Smoke is purposeful and finds a happy medium that I can’t say many American whiskey producers have quite nailed as effective as this.

Paying $50 for any 80 proof whiskey is a hard sell regardless of the bells and whistles it offers. It is the ongoing fault of the Basil Hayden brand line. Where Beam has been surprisingly willing to experiment with the brand in a number of interesting releases, they never waiver from the 80 proofpoint. A blessing from some and curse for many others, there’s no denying the impact it has on the brand’s intensity. Basil Hayden in all of its forms, is meant to be approachable above all else and its $50 price point and new bottle design is meant to convey its premium nature, not necessarily a value position. I could see more experienced whiskey drinkers who don’t mind its low proof willing to give Subtle Smoke a try if the price point was a bit lower. At the end of the day, that’s not who this whiskey and Basil Hayden whiskeys are in general are for. With an approachable smokiness and resulting uniqueness, $50 is easily justifiable for the Basil Hayden crowd. For those who can’t get past its 80 proof though, no price will make them change their mind on it.

Basil Hayden Subtle Smoke’s name doesn’t lie, the inclusion of smoke is soft and approachable when paired with its 80 proof, makes it an inoffensive, albeit largely unexciting sip.

Basil Hayden has done far worse with past limited releases, and while that isn’t the greatest seal of approval, it also isn’t mean to damn it either. Smoky drinks, whether they are straight or in cocktails, aren't for everyone. On par with anise (or black licorice), you either love it or hate it. Basil Hayden Subtle Smoke does an admirable job trying to bridge that divide. Smoke lovers will undoubtedly find both its proof and intensity of smoke too diluted, but I bet if they had a drink they could offer to their non-loving smoke drinkers that would help convert them over to the “dark side,” they’d jump at the chance to drink it with them. If you find yourself on the other side and are smoke-curious, Basil Hayden Subtle Smoke is a great place to get your feet wet. Either way your time with Subtle Smoke will likely be short-lived, as the whiskey is too straightforward and boring once you get past its smoke. Your moment with it might be short-lived, but likely memorable and fun nevertheless.

Buy Basil Hayden Subtle Smoke at Frootbat
‍The sample used for this review was provided to us at no cost courtesy its respective company. We thank them for allowing us to review it with no strings attached.
360 video 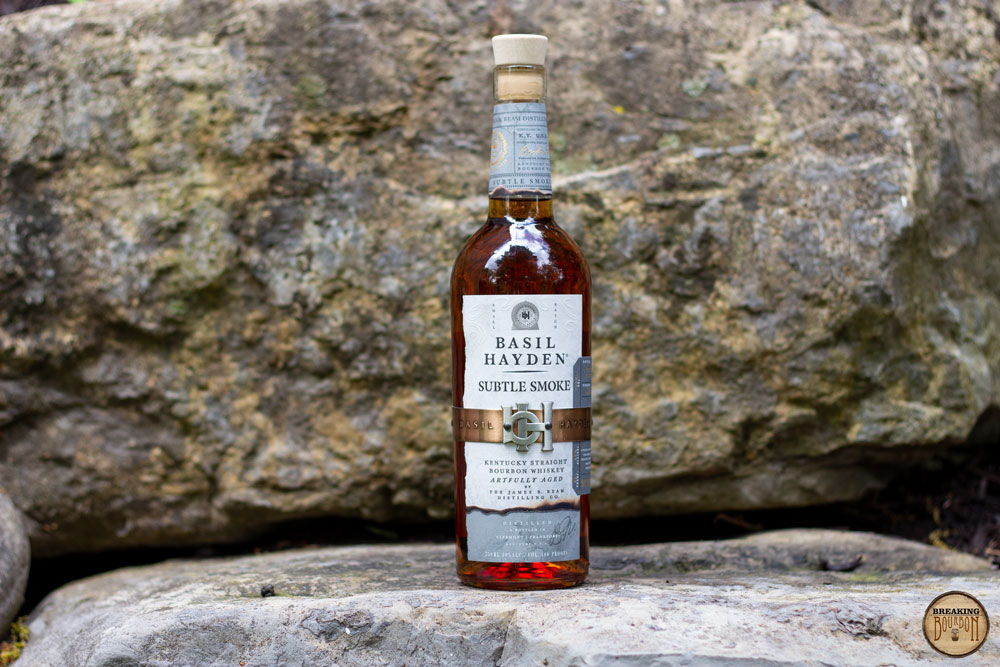 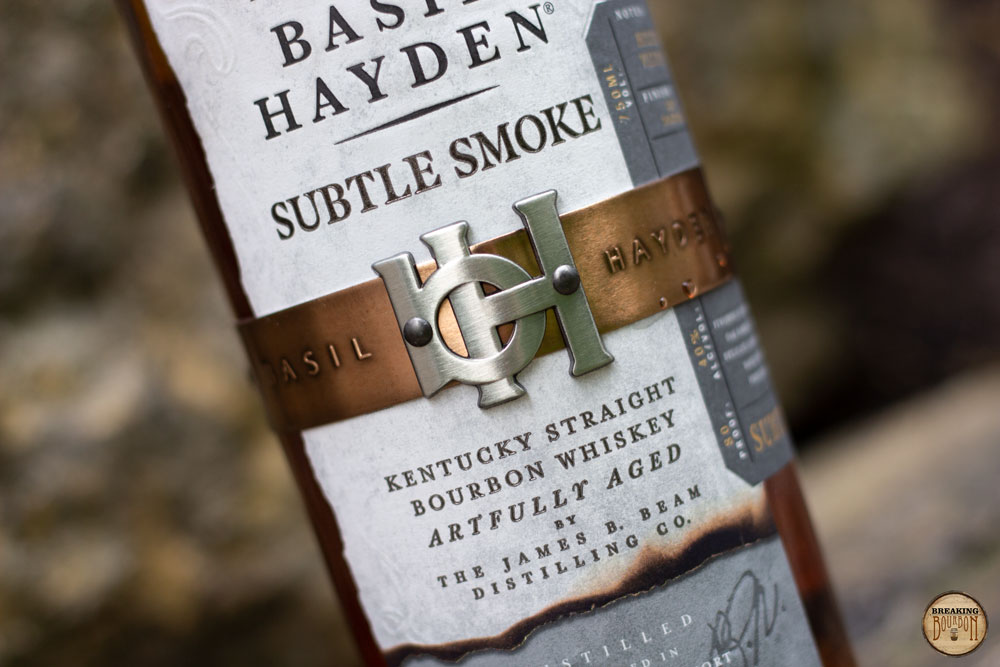 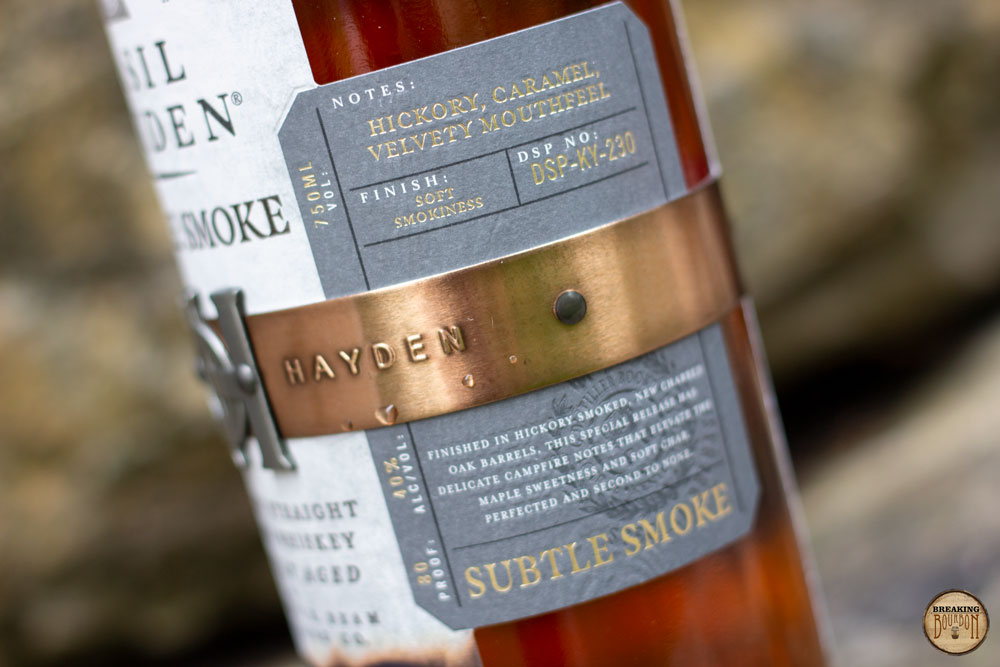 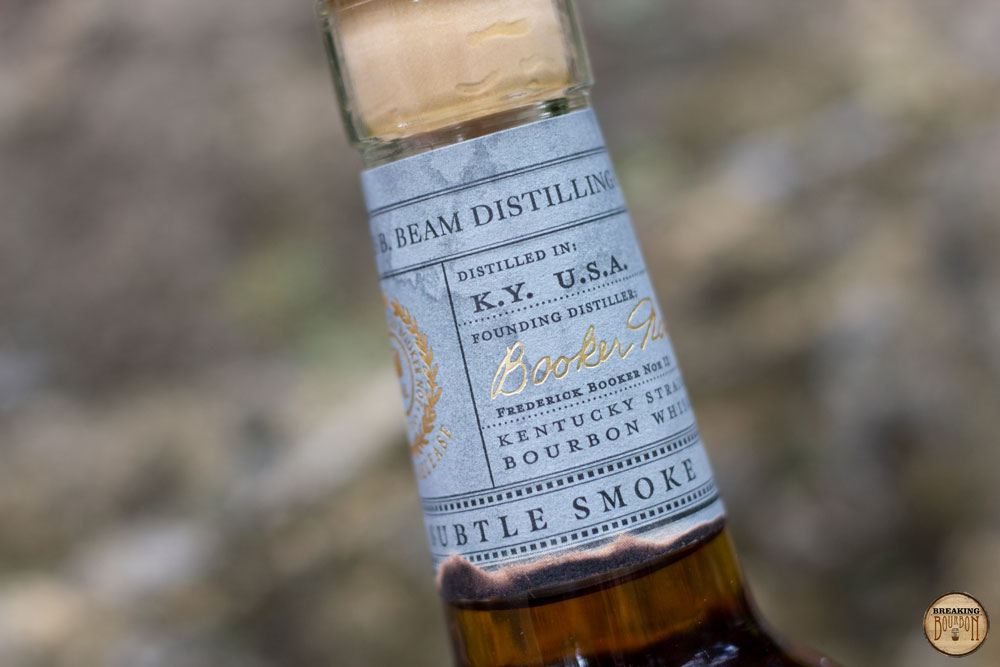