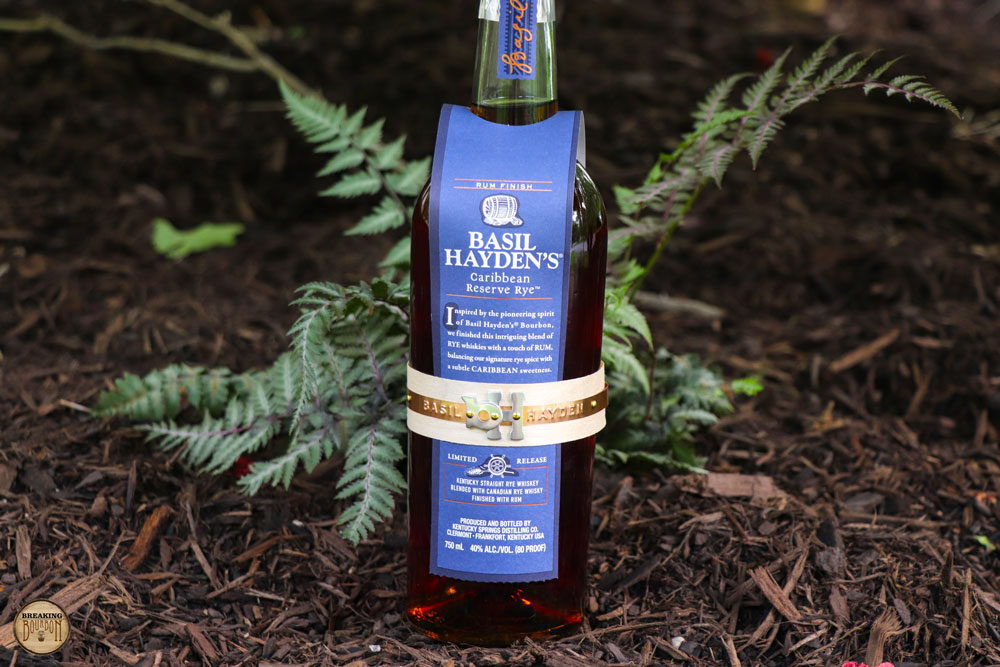 Sweet rich molasses notes are instantly noticeable and quite dominating. Inhaling deeply reveals trace amounts of oak, vanilla, and random touches of blueberries. Due to the low proof and the fact that the molasses scent is so dominating, it would be hard to discern what this is if handed to you blindly. The nose shows that it’s clearly not rum, but it also doesn’t come across as a rye either. It’s a non-traditional nose that’s surprisingly quite funky and fun.

An overly sweet molasses note hits first and comes across as slightly artificial. Like the nose, molasses dominates, but is now mingled with wet oak, baking spices, and a hint of vanilla. The sip’s mouthfeel is extremely thin, and lacks the sweet mouth coating stickiness that the nose lulled you into believing was coming. The limiting factor in the palate is the artificial taste of the molasses which comes across as more of an additive than what you’d typically find in a barrel finished whiskey - not exactly what I’m looking for when I sip a whiskey.

A simple combination of oak, vanilla, and molasses. The vanilla quickly fades away followed by the oak a little while later. The molasses, however, lightly lingers for an incredibly long time. It’s surprising how long the finish lasts considering this is only an 80 proof whiskey. What the palate lacks, the finish helps end on a higher note.

Like Basil Hayden’s Dark Rye, which Beam Suntory added port directly to the blend, the same is found here, but with rum instead. Some will cry foul, however a traditional rye is not the goal here. Rarely do you see distilleries going this route outside of Beam Suntory.

Additionally, it would be impossible to review this rye without talking about how it compares to Angel’s Envy Rye, which is finished in ex-rum barrels. Angel’s Envy Rye can be quite polarizing. More often than not you’ll find whiskey purists not impressed, while others enjoy seeing how far barrel finishes can be pushed. I’m in the latter camp as I’m always interested to see what barrel finishing can do to a whiskey and I’m a big fan of the resulting flavor profile of Angel’s Envy Rye. To me, Angel’s Envy Rye is the closest thing that you’ll find that could be considered a dessert whiskey (if such a category existed).

So it comes down to how well these two ryes incorporate rum to create unique final products. I’ll come right out and say that Angel’s Envy’s use of rum barrel aging for their rye produces a more distinguishable, well-rounded, and unique product versus adding rum directly to the blend. Basil Hayden’s Caribbean Rye has the potential to hold its own if it wasn’t for the unnaturalness of its palate. What it does do though, is bring a blend of rye and rum that, despite its flaws, many will find appealing due to its sweet and unique palate.

Unlike Angel’s Envy Rye which usually retails around $80 - $90, Basil Hayden’s Caribbean Rye feels like a good value at only $45. While you may not get the full depth that Angel’s Envy Rye offers, you get a slightly lesser product that still delivers a sweet rum influenced flavor profile for those who enjoy this type of marriage of flavors. Basil Hayden’s Caribbean Rye’s 80 proof sippability and low price make this an ideal alternative to those who are looking for something different, but don’t want to break the bank.

Basil Hayden’s Caribbean Rye has some misses like its lower proof and slightly artificial tasting palate, however the sweet molasses found throughout, combined with a fair price, make it hard to discount totally.

Due to the direct addition of rum, Basil Hayden’s Rye comes across exactly like it is - a whiskey that has rum mixed into it. This will be one of those love it or hate it whiskeys. Some will find it too sweet, some not sweet enough, others will be turned off by the entire concept, and some people will think it’s amazing. Sure this could be said about most whiskeys out there, but in this case I have a feeling few people won’t have a strong opinion after trying it.

The addition of rum directly to the mix shows that you can’t beat father time. The inclusion of rum produces a great nose and an enjoyable finish, however it’s clear when you take a sip that the rum was added unnaturally versus barrel finishing it in a rum barrel. It’s enough to bring down all the other good aspects of Basil Hayden’s Caribbean Rum. While I personally would rather have a pour of Angel’s Envy Rye, I also realize that at half the cost, even with the palate being off, this is a good alternative for many. If you’re a fan of Angel’s Envy Rye or you’re interested in how blending rum directly into a rye turns out, let curiosity get the best of you and seek it out.

Buy Basil Hayden’s Caribbean Reserve Rye at Frootbat
‍The sample used for this review was provided to us at no cost courtesy its respective company. We thank them for allowing us to review it with no strings attached.
360 video 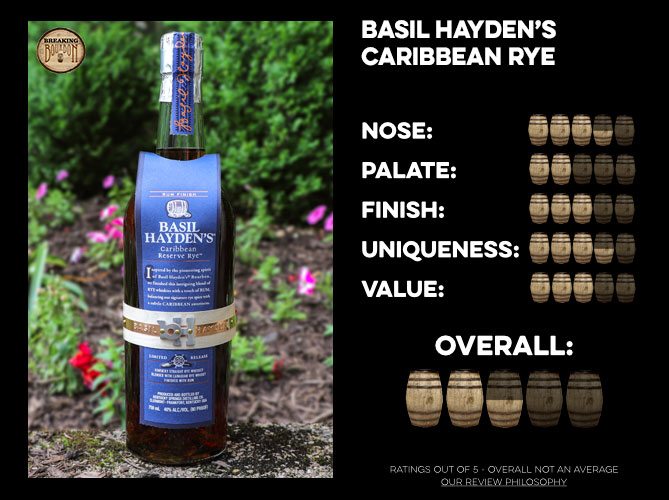 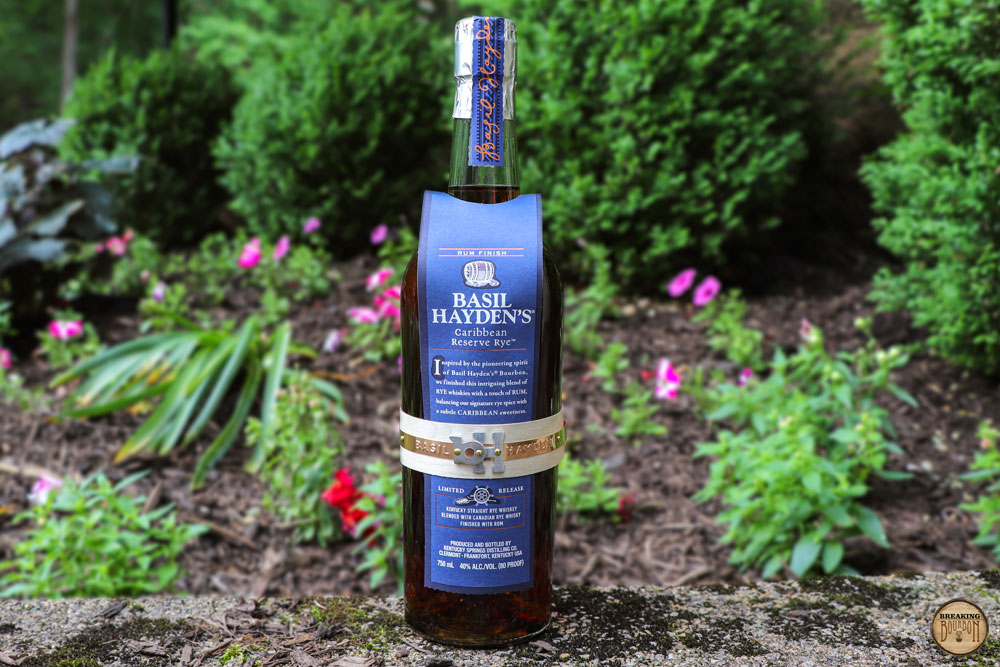 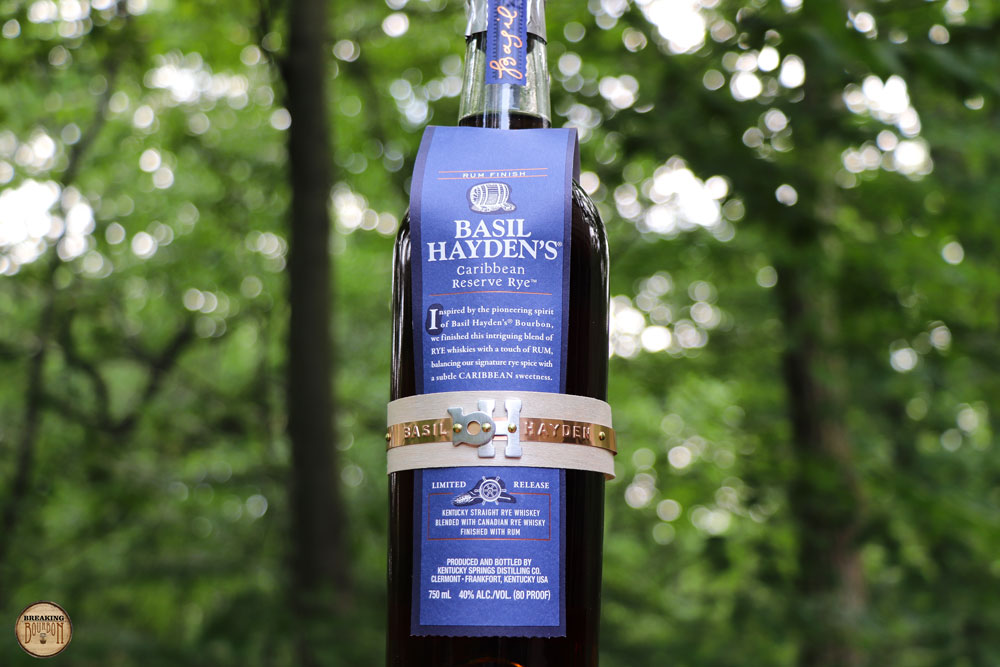 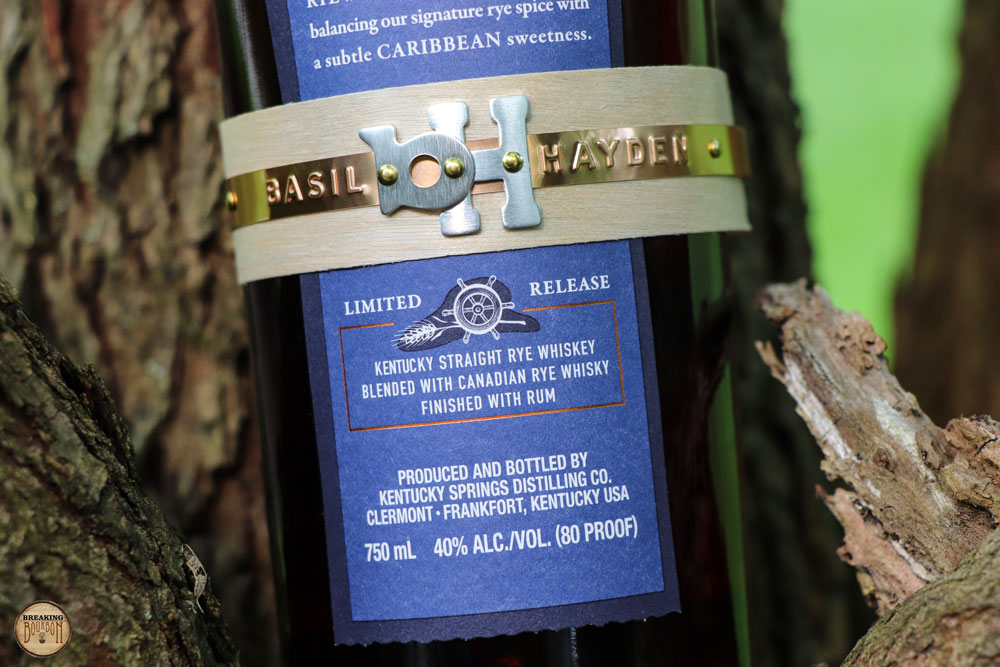 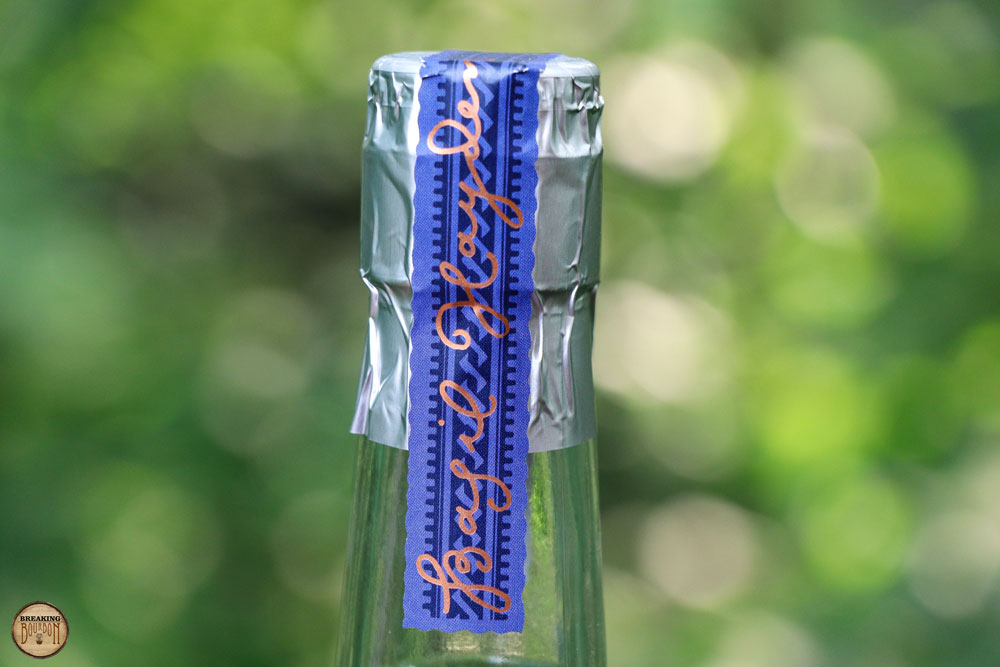