Dark Rye is a blend of Kentucky straight rye, Canadian rye from Alberta Distillery, and California port. Dark Rye was the first permanent line extension in the Basil Hayden lineup, initially released in 2017. Now four years later, the brand has experienced a bottle design refresh consistent with other bottles in the portfolio. Notably, Basil Hayden’s label has changed from “Basil Hayden’s” to simply “Basil Hayden” on all bottles as part of the redesign.

Robust scents of strawberry jam and dark cherries combine against a base of seasoned oak. A touch of rye spice accents the fruit-forward scents, providing additional structure. The overall aroma is quite wine-forward, though it offers ample intensity despite the low proof. The result is inviting, but slightly less complex than expected given the variety of spirits that go into the blend.

Fruit-forward with maraschino cherries, currants, and plums engulfing the senses. Rye spice and light oak tease in the background, along with a touch of caramel, but don’t have enough vigor to really pull through. Instead, an undertone of dry leather exists throughout, and does well to complement the sweeter fruit notes, especially the maraschino cherry note which seems to prevail almost to a fault. Despite its low proof, the palate is surprisingly full-flavored, making it an enjoyable marriage of whiskey and port.

The whiskey’s notable lack of enough rye spice in the palate to provide structure is even more pronounced in the finish. As a result, dark fruits from the palate persist into the finish, with an increasing dryness that draws against the sweeter fruit notes, changing the overall characteristic from sweet to savory. Potentially a bit too dry towards the end, the finish lacks enough structure to make a lasting and positive impact, instead fading towards excessive dryness which is slightly off-putting.

Even upon its initial release in 2017, Basil Hayden Dark Rye was among a number of other brands classified as “Whiskey Specialties,” which includes everything from flavored whiskeys to barrel finished whiskeys. Incidentally, Dark Rye is a good example of a spirit that falls somewhere in the middle - a blend of two rye whiskeys with port added directly to the blend.

A popular comparison is High West Midwinter Night’s Dram, which was first released on Valentine’s Day 2014, and is currently released by High West on an annual basis as a limited release. It’s a fan favorite among many whiskey enthusiasts, and without even considering other similar products (of which there is an increasing number), proves there is a market for rye whiskey with a port influence. Unlike Dark Rye, High West gains its port influence by finishing a rye whiskey blend in port barrels, which represents a more involved curation process.

Somewhat cheating time, Beam’s process of simply adding port to the blend is less romantic than High West’s, but also provides more control over the process and allows the company to bring blends to market more quickly. Dark Rye’s resulting flavor profile is also quite port-forward, and as a result quite unique tasting, which must be deliberate. It doesn’t seem like a stretch to assume Basil Hayden’s consumer base - a group that enjoys less robust 80 proof bourbon - might also enjoy a blend that leans more towards port than rye spice. It certainly won’t be for everyone, but for those who enjoy a heavy-handed port influence, Dark Rye delivers.

With ever-increasing whiskey prices and a seemingly endless appetite for premium American whiskeys, Dark Rye’s $40 price point certainly doesn’t feel out of place. Enthusiasts will certainly note the whiskey’s low 80 proof and fact that port was added directly to the blend as marks against the whiskey’s value, but if you talk with fans of Basil Hayden (and wine) it seems hard to find someone who dislikes Dark Rye. The price should be a lot less, and in fact is a lot less, than the $100 High West Midwinter Night’s Dram commands. Dark Rye should be a readily available, easily accessible blend, and based on the direction Beam has taken it, that seems to be the case. For that reason, it’s priced right where it should be

A blend of Kentucky straight rye, Canadian rye, and port, Basil Hayden Dark Rye is a full-flavored fruit-forward affair that continues to deliver four years after its initial release.

Not every whiskey is for everyone, and Dark Rye is certainly a good example of this. Its fruit-forward almost to a fault, with maybe a bit too much focus on the maraschino cherry flavor note which will undoubtedly be off-putting for some. Is Beam cheating time by blending with port instead of finishing in port barrels? Sure they are. But a heavy port-forward, readily-accessible, and fairly-priced whiskey is the result, and my guess is most of Basil Hayden’s fan base doesn’t really care if the port is added directly to the blend so long as they enjoy the end result. If you enjoy both red wine and whiskey, Dark Rye will probably be something you’ll enjoy as well.

Buy Basil Hayden Dark Rye at Frootbat
‍The sample used for this review was provided to us at no cost courtesy its respective company. We thank them for allowing us to review it with no strings attached.
360 video 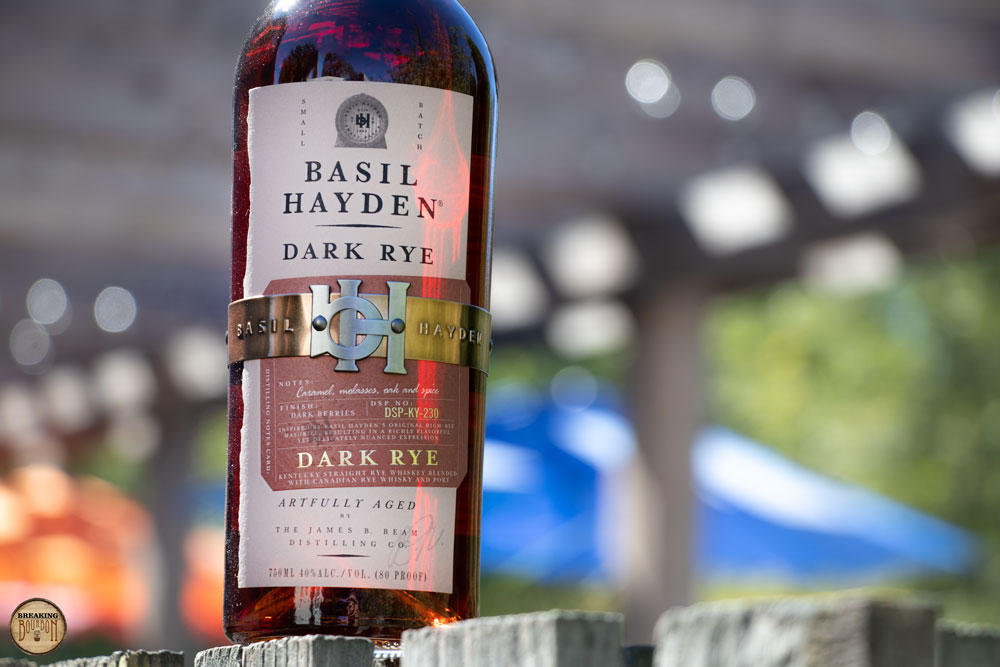 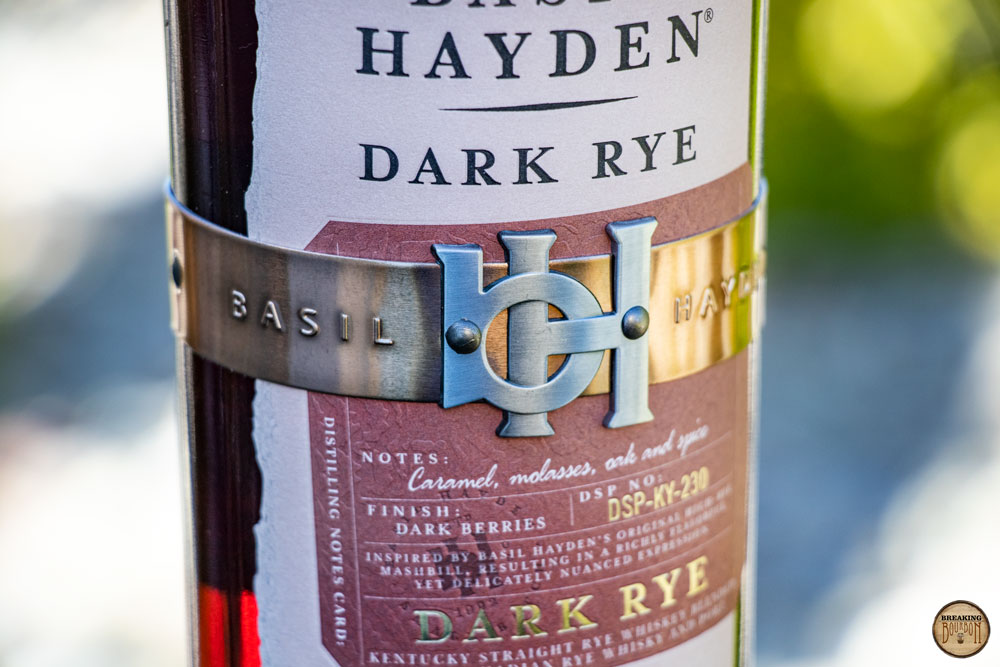 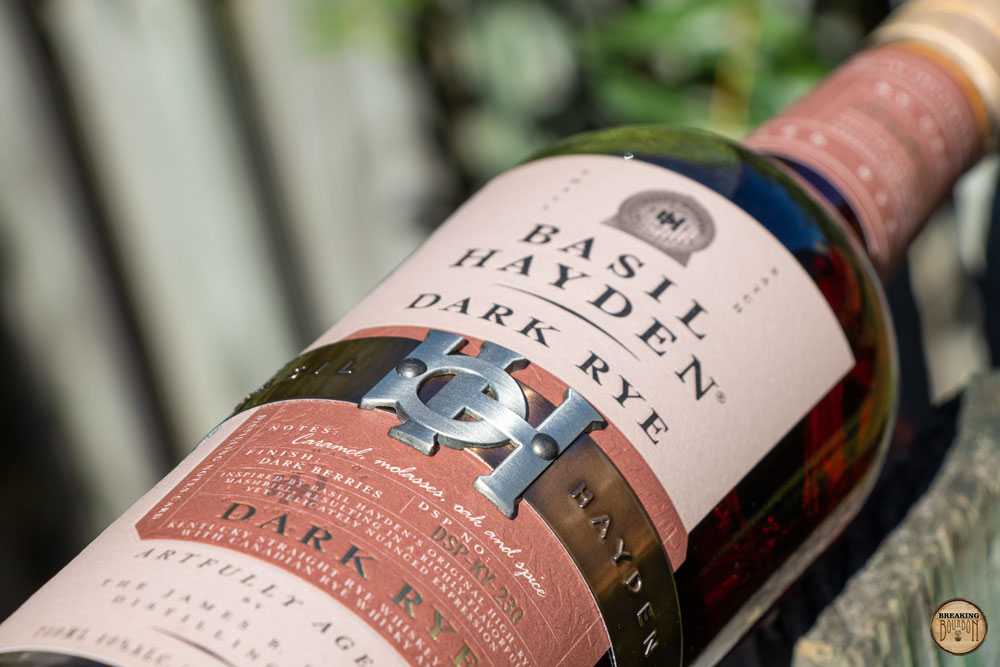 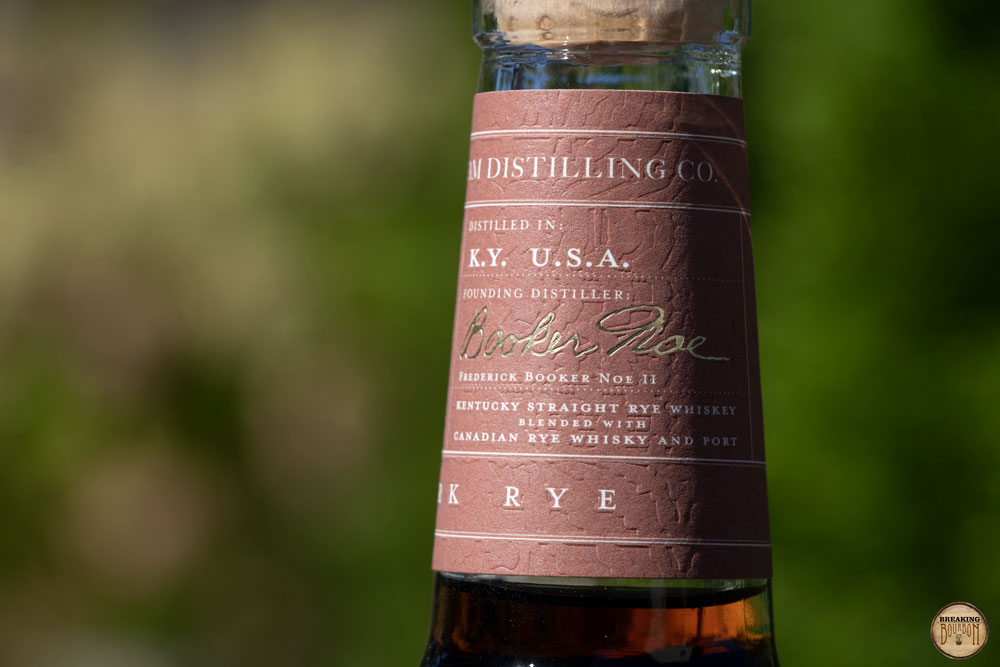