High West Distillery was founded in 2006 by David Perkins and his wife Jane. Its main location is in Park City, Utah and it’s the first licensed distillery in the state since Prohibition. After humble beginnings, the company grew tremendously during the 2010s and went from one building in downtown Park City to four different locations in Utah. In 2016, Constellation Brands bought High West Distillery for $160 million. David Perkins remains with the company acting as brand ambassador.

High West has been distilling since 2006, but the company’s MO was sourcing other companies’ distillate and creating unique blends with them. Since the buyout, the company has shifted their focus to more in-house distilling and has slowly introduced their distillate in many of their blends. Despite this, High West still does not offer a widely released whiskey that only includes their own distillate.

Soft peaty notes gently lift from the glass as sweet corn, light caramel, brown sugar, and toffee follow. This tender delivery allows the peat to shine but not overpower like it can often exhibit. In this case it adds an extra dimension to an already sweet and down-to-earth aroma. Finer floral and fruity notes round out this well-constructed and distinctive nose.

Vanilla combined with barrel char strike first, before lighter notes of orange cream, toffee, mixed nuts, salted caramel, and black raspberries have their time to shine. Smoke and peat weave throughout and are hard to ignore, yet don’t quite overpower either. It’s an effective flavor profile that may not totally impress, but is rather memorable and enjoyable nevertheless.

A mellow yet acute aftertaste of smoke and peat is hard to ignore. It’s not as offensive as these combative flavors can sometimes be thanks to their smooth delivery. Further notes of cedar, tobacco, light clove, and a touch of maple interject, but smoke and peat are the center of attention. Neither overly assertive or shy, the smoke and peat notes do linger long after the sip is gone and will still be with you when you take your next sip.

High West took the booming bourbon market by storm in the early half of the 2010s with a portfolio that centered around unique blends and finishes. They sourced and combined high aged ryes with lower aged ones, which just wasn’t done at the time. They blended bourbon and rye together before it became an accepted practice. They hit the market early with a wine cask finished bourbon and championed their single barrel private sections by offering bespoke finishes solely for that application. During the same time, High West released Campfire, a blend of bourbon, rye and scotch - an unheard of and somewhat controversial practice even to this day.

The walled gardens of bourbon and scotch aren’t often breached with each other, and the result is drinkers' hesitation to explore it when it does happen. From a bourbon drinker’s perspective - who often shy away from smoky and peaty flavor profiles - it's almost impossible to taste anything but those in a scotch. High West in turn goes out of its way to make these flavors very approachable with Campfire, to the point where I don’t know if it could be anymore so. Campfire will hold your hand with well known bourbon and rye flavors and then lead you down an exploration into less familiar and more exotic ones from the scotch world. It might be quite challenging to some, but a great place to start if you’re at all curious about this other parallel world that lives beside bourbon and rye.

It’s worth mentioning High West isn’t the only brand playing with smoke and peat in their whiskey. Brands like Kings County and Cedar Ridge are exploring peated bourbon and rye. Corsair made a name for themselves delving into smoke with their single malt whiskey. Still, High West remains the only company blending bourbon, rye, and scotch together. The result is a whiskey that is familiar, yet curiously bizarre and compelling at the same time.

Experiments in unproven territory are always going to cost a premium. In Campfire’s case, this particular experiment also includes four different whiskeys in its blend, which likely  adds to its price. The fact that this expensive-to-produce whiskey remains in the company’s portfolio, even after the High West buyout by Constellation Brands, probably makes it less of an experiment and more a proven commodity at this point.

High West has done a good job of slowly increasing their prices over the years without having any of their brands take a noticeable price jump at once, and Campfire is no different. It’s worth noting the whiskey that makes up all of their blends have also drastically changed over the years. With Campfire now including some of the company’s own distillate, I can’t help but taste a bit more springiness (and youth) to its blend. While this does bring some benefits to this particular release, on a whole, High West’s products aren't quite what they used to be despite charging more. At the same time, if it was priced any less, it's hard not to worry about the quality of the base whiskeys going into it.

Years ago I had a bartender make me an on-the-spot cocktail with Campfire that immediately opened my eye to the versatility Campfire offers. Sure Campfire is a bit expensive for a mixing whiskey, but I’ve always found High West’s whiskeys in general to perform admirably in cocktails, and Campfire is an excellent example of its utility. Taken together, Campfire’s overall quality, versatility, inventiveness, and great sipping quality justifies its price fittingly.

High West Campfire, a blend of bourbon, rye, and scotch, is the best of all worlds, offering familiar flavors from each of its base whiskeys creating a unique end result.

Even years after its debut, no notable brand has attempted to copy what High West pioneered with Campfire. At the same time, Campfire also may be one of the company’s least talked about brands. It doesn’t appear it has to do with a dislike of the product, but more to do with people’s apprehensiveness of it, or maybe the idea just isn’t an idea that will evolve beyond its current niche status.

A lot of that probably still has to do with bourbon drinkers quarantining themselves off from the scotch side of the whiskey world, and scotch drinkers typically liking their whiskey in the traditional scotch sense. In a lot of ways, High West is to bourbon what Compass Box is to Scotch Whisky: trailblazing, innovator, rabble rouser. That’s the rub with Campfire, it pushes bourbon drinkers in unfamiliar and uncomfortable directions. It’s still largely a one-of-a-kind dram, the misunderstood kid that keeps to themselves. It isn’t until you go over and introduce yourself that you find out you actually have a lot in common, yet still have a lot to learn from each other. High West Campfire isn’t a transformative drinking experience, but the whiskey market is richer because of it.

Buy High West Campfire at Frootbat
‍The sample used for this review was provided to us at no cost courtesy its respective company. We thank them for allowing us to review it with no strings attached.
360 video 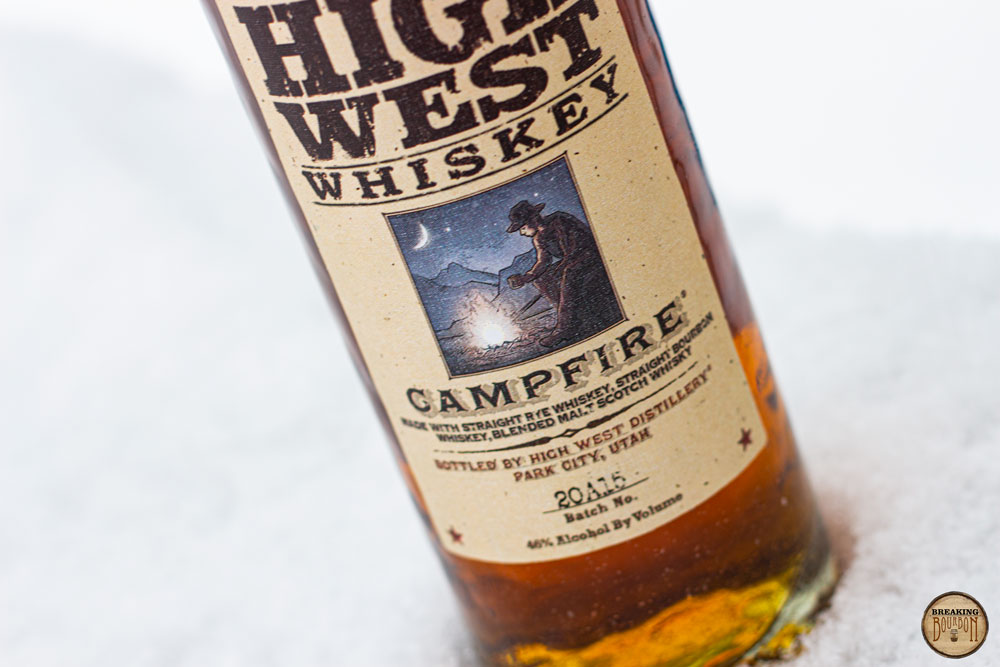 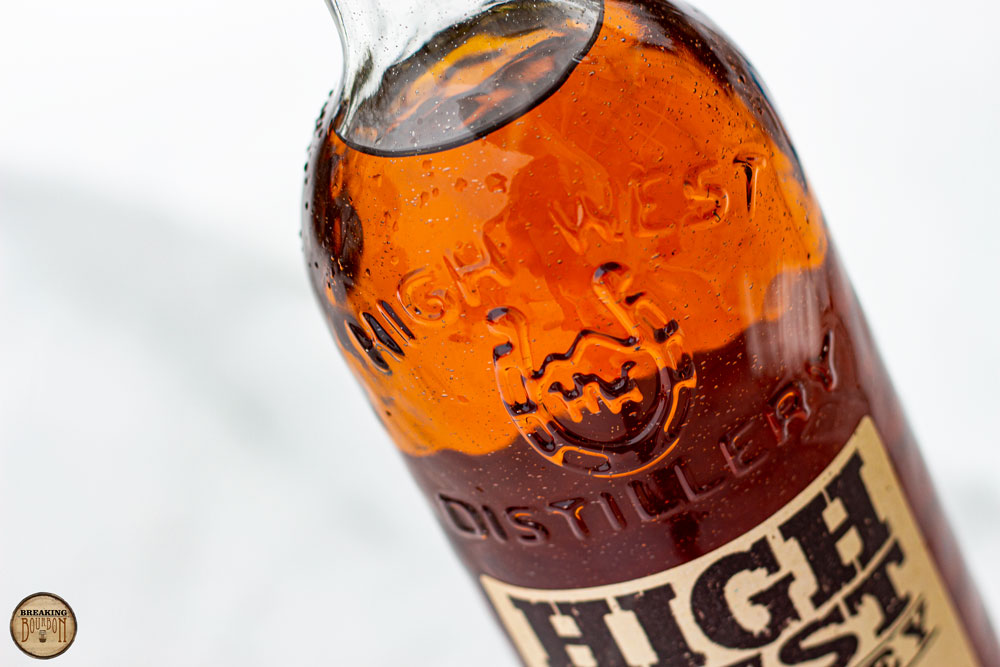 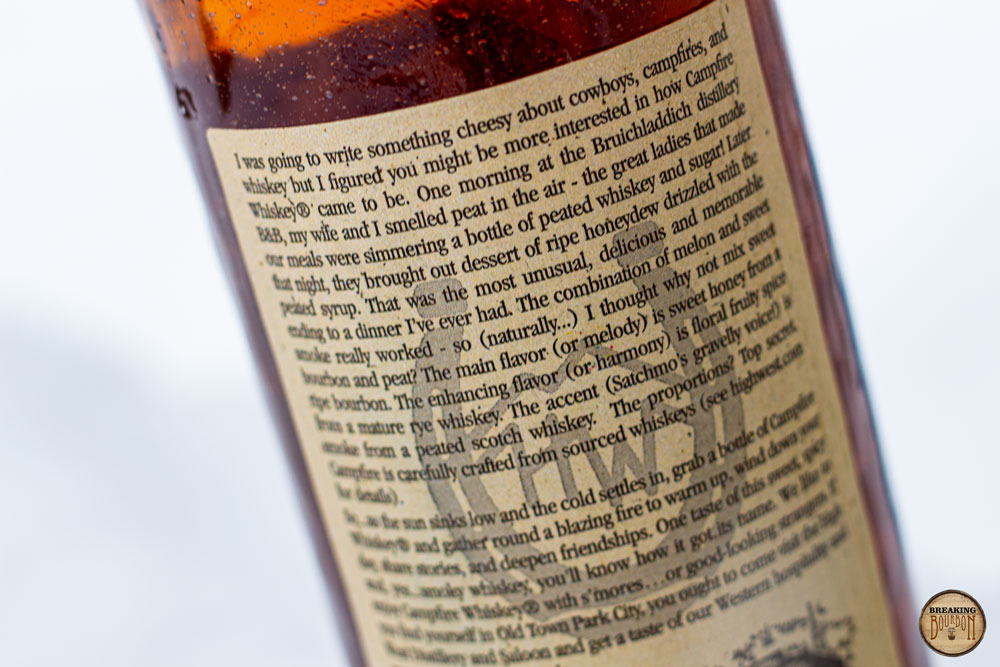 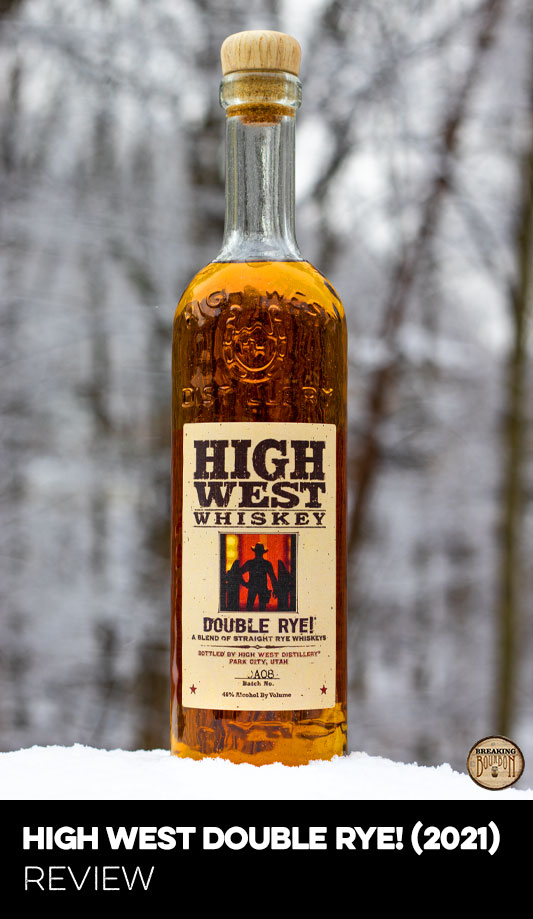 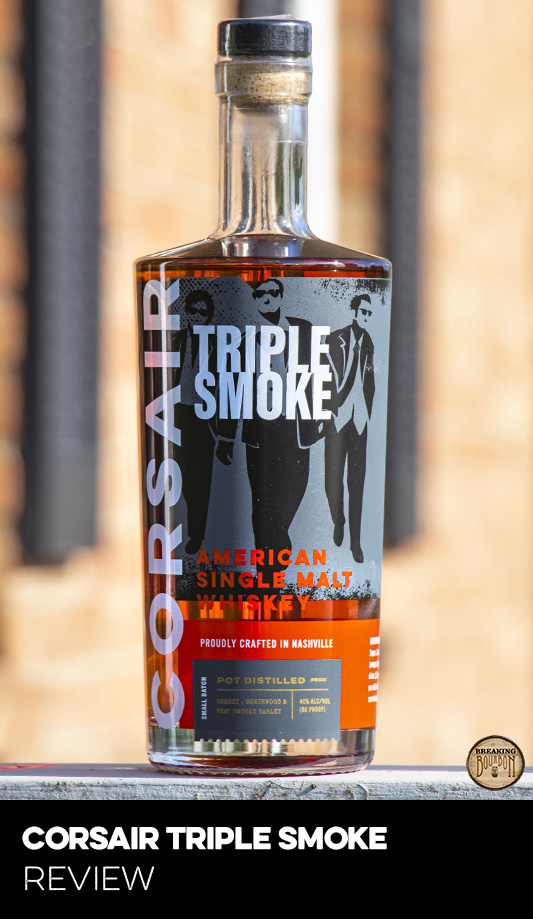