Age: 7 Months (Batches can vary by a few months)

Founded in 2008 in Bowling Green, KY, before moving to their current residence in Nashville, TN in 2010, Corsair made their mark by creating whiskeys that were outside of the traditional box that so well defined releases from the major Kentucky distilleries. This helped draw a lot of attention to the company’s unique products which have totaled near 30 in the company’s short lifespan. In early 2020, Corsair launched a rebrand of their product line focusing on four main products with a modern redesign of their trademark ska/Reservoir Dogs inspired logo. Triple Smoke American Single Malt Whiskey is Corsair's most well known whiskey and according to them, helped put the company on the map. Bottle in review is from Batch No. 324, Bottle No. 38.

With an upfront blast of smoky malt, the aroma isn’t your typical American single malt. Within the smokiness lies interweaving notes of cherry, orange, mint, and a touch of peat. It’s nicely layered and features a manageable intensity that lets you enjoy it without being overwhelmed by its smoky component.

A thin mouthfeel is immediately noticeable before being broadsided by a wall of smoke. This whiskey isn’t shy about smokiness, as its intensity is forceful at times. As the smoke ebbs and flows, layers of cherry, pine, and mild peat become more evident and add welcomed complexity.

Light youthful graininess pulls out from the smoke during the start of the finish that adds a needed contrast. With it, the whiskey’s malt side becomes palatable and pairs nicely with the smoke. Its long aftertaste is overrun by a drawn out veil of smoke that flirts with overstaying its welcome

A smoky flavor profile is common in many scotches, but most American whiskey companies steer clear of it. Some of this might be due to tradition or possibly because a smoky flavor note can be very polarizing, resulting in a love it or hate it attitude. The larger reason is whiskey drinkers who mainly drink bourbon, rye, or American whiskey typically don’t have much exposure to it and therefore may find it too foreign or exotic for their tastes.

Corsair, along with Balcones, was one of the first noteworthy craft distillers that leaned hard into featuring smoke in their whiskeys. Founded in 2008, Corsair made their mark in the burgeoning new craft distillery scene by doing what bourbon and American whiskey makers weren’t, experimenting with unusual flavor profiles.

Corsair’s Triple Smoke encapsulated just that and helped put smoke-fueled whiskeys on American drinkers’ radar. By individually smoking three different malts it gives the whiskey a complex character underneath all of its smoke-filled sip. Smoke has become more commonplace among distillers since Triple Smoke’s debut, (Woodford Reserve even released one in 2017), but few reach the intensity or brand awareness and following of Corsair's flagship release. Even to this day, there are very few American whiskeys that can directly compare to what Triple Smoke brings to its sip.

Taking the road less traveled can often come at a cost. It’s filled with unknowns and this often demands additional time and money. These risk-taking endeavors can quickly sink a new distillery. They don’t have the deep pockets big distilleries do, but that also allows them to take chances and sniff out new niches in the market.

When Triple Smoke was first released in the early 2010s, there wasn’t anything on the market like it, and to a degree, that is still true today. Because of its heavy smoke component, there is always going to be a segment of drinkers that steer clear of it. All of this usually will add to the price of a product targeting a micro audience. Surprisingly, the price of Triple Smoke hasn’t changed much since its inception. Granted, $50 was a harder sell years ago for this type of product from an unproven distillery, but that isn’t the case now. Corsair is well established and has a reputation for pushing boundaries. A price of $50 lands this whiskey in a sweet spot, and is exactly what someone should expect to pay and for a whiskey this unique.

Not surprisingly, smoke is the name of the game, yet Triple Smoke offers complexity despite its youthfulness, and is quite a bit of fun for those who feel adventurous.

When I first tasted Triple Smoke in 2013, it wasn’t for me. Smoke wasn’t a flavor note I particular cared for at the time and felt it was much too overpowering for its own good. Over the years though I developed a curiosity and taste for unconventional whiskeys. It’s easy to view Triple Smoke and other offbeat products existing simply for the sake of being different. In reality we need more rabble-rousers like Corsair taking chances and creating unique products that push American whiskey in new exciting directions.


Triple Smoke probably won’t be an everyday drinker for most people, but a fun one to visit from time to time and stand out as a one-of-a-kind bottle in their collection. Is the smoke overpowering? Absolutely, but with the name Triple Smoke that is to be expected. Being aged for only 7 months will be a sticking point for some and certainly won’t impress anyone. This probably has more to do with controlling the intensity of the smoke component than an unwillingness to age it longer. This also likely contributes to its thin mouthfeel and slight graininess, but on the flip side, this helps provide contrast against its heavier smoky notes. I’m curious if Corsair could somehow combat this and make it a thicker and richer whiskey without adding any more smoke - either via higher proof or blending with a non-smoked malt. As is, Triple Smoke is a provocative sipper that will challenge you and most likely take you out of your comfort zone.

Buy Corsair Triple Smoke at Frootbat
‍The sample used for this review was provided to us at no cost courtesy its respective company. We thank them for allowing us to review it with no strings attached.
360 video 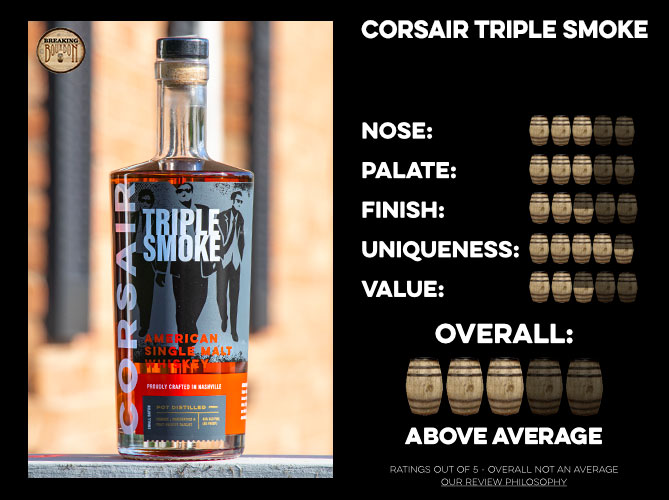 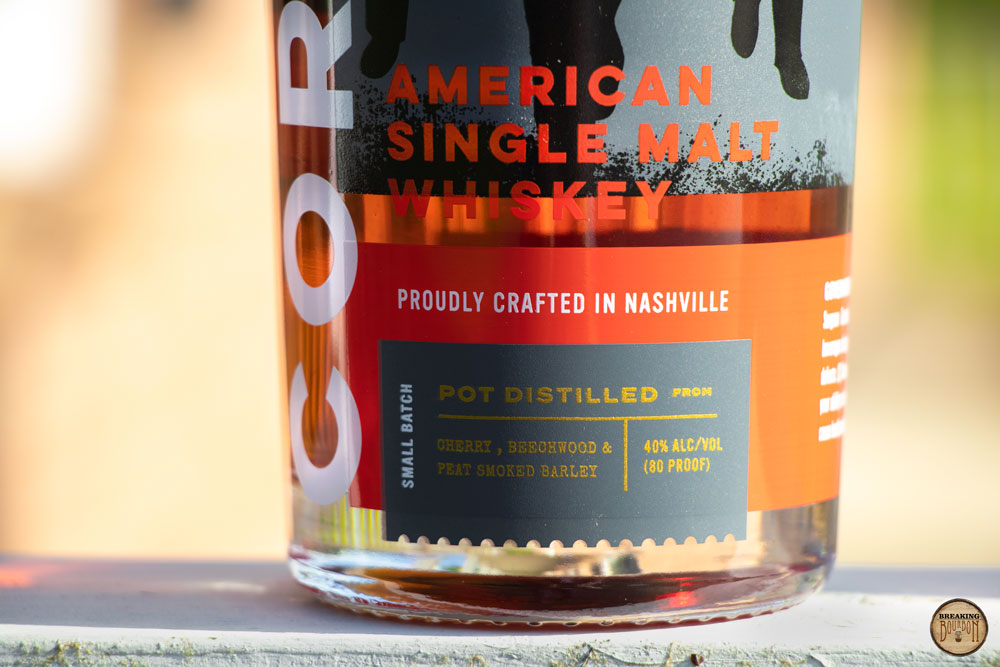 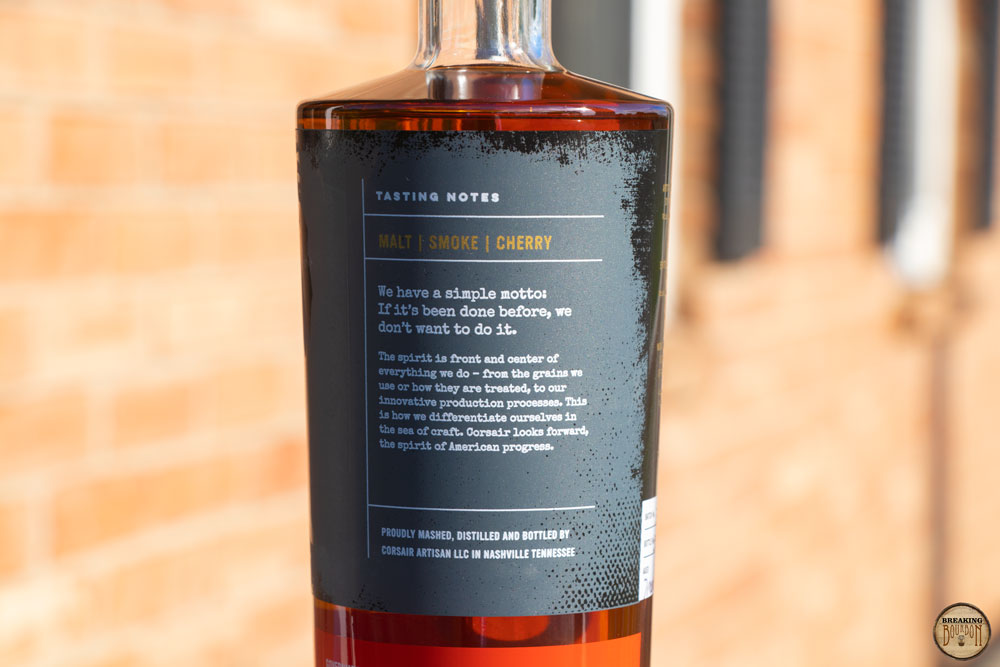 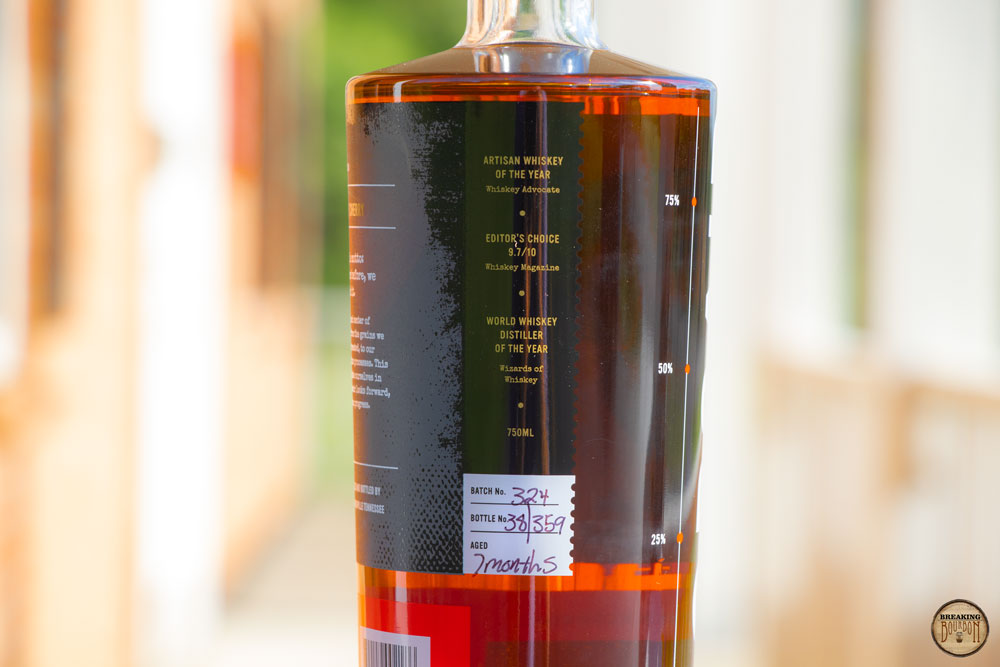 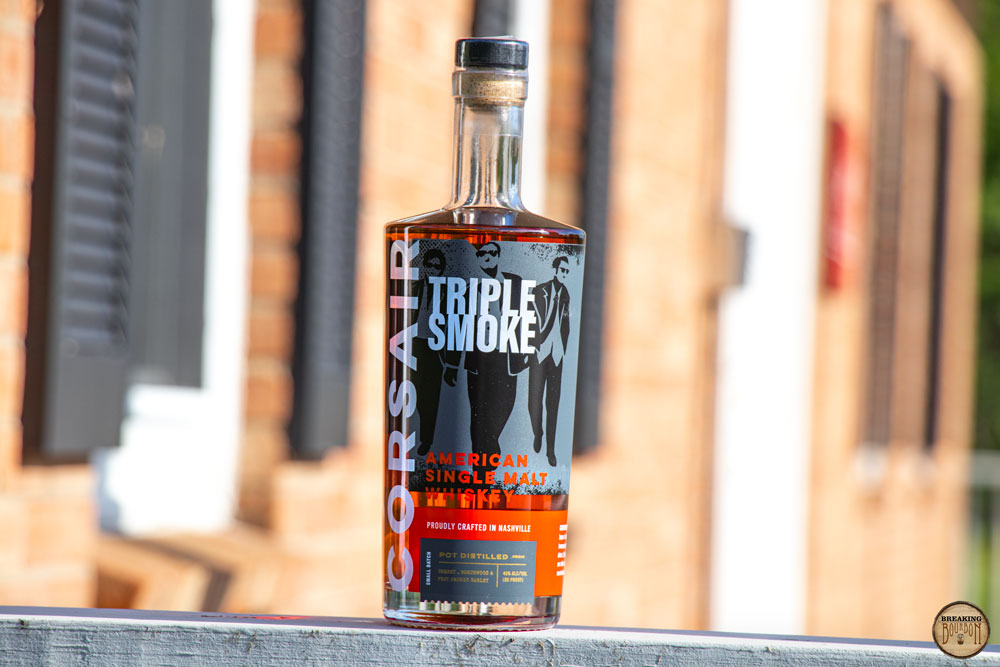 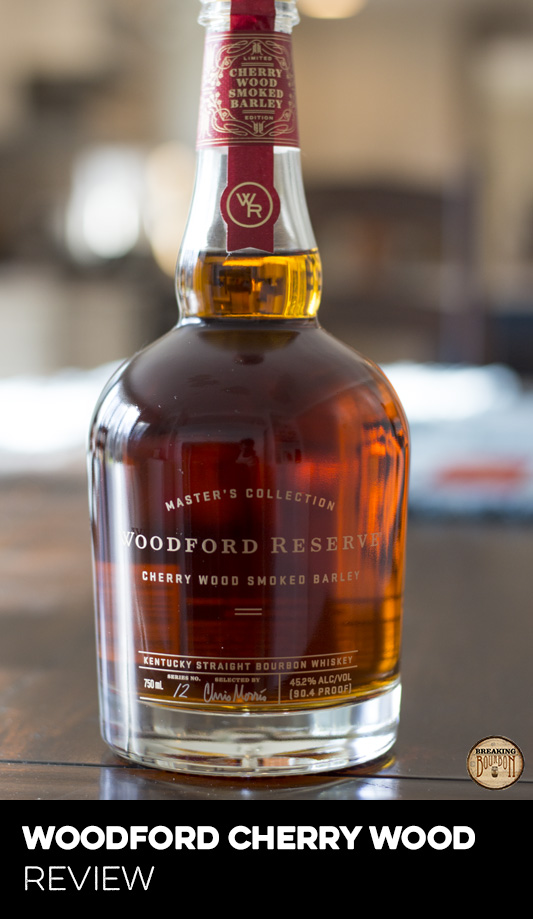