Blanton’s Original Single Barrel Bourbon has a storied history that ties together many namesakes of the Buffalo Trace distillery. Originally, Colonel Albert B. Blanton was the president of the George T. Stagg Bourbon Distillery, which is now known as the Buffalo Trace Distillery until 1952. During that period Elmer T. Lee worked under Blanton. As Lee was nearing retirement, he decided to bring forth one last product. A year before retiring, Lee brough to market the first commercial single barrel bourbon and named it Blanton’s after the late Colonel.

Taken from the middle sections Buffalo Trace’s Warehouse H, Blanton’s Original Single Barrel was once designated for ambassadors, dignitaries, and Colonel Blanton’s family and friends. However in 1984, Blanton’s Bourbon was the first ever bottled single barrel bourbon sold commercially.

A bouquet of honey, vanilla, light bubble gum, and orange citrus peel opens things up. Lying gently beneath are hints of barrel char and toasted sugars that tussle with floral notes. Light cinnamon and baking spices top things off. The scents are nuanced and inviting, creating a satisfying opening to open the sip.

The palate hits with an initial sweetness, housing notable flavors of light caramel, honey, muted vanilla, and brown sugar. Underlying the opening flavors are leather, charred oak, and a rye spice, which bubbles to the top. The flavor combination is solid, owing to the fact that they all play together very well and demonstrate more of a “classic” bourbon flavor profile. While the flavors are more on the subdued side likely owing to the 93 proof the bourbon sports, what is present is formidable and enjoyable.

A crisp finish rounds out the sip with vanilla, caramel, leather, dry oak, rye spice, and light peppercorn. There’s a pleasing sweet heat that lingers once all the other flavors fade. While it’s not as strong as the parts that preceded it, the finish nevertheless makes for an overall nice capstone for the sip.

Believe it or not, up until just a few years ago, it was relatively easy to buy a bottle of Blanton’s any time of the year. Fast forward to today, and you wouldn’t be faulted for thinking Blanton’s is the hardest bourbon to find in America. Slowly over time, its position has been elevated to one of the hottest bourbons in the marketplace, with stores being bombarded with calls on a daily basis and people talking about Blanton’s as if it’s the best bourbon currently being produced. While there’s nothing wrong with a bourbon becoming the latest “gotta have it bottle,” I do question if people understand what makes Blanton’s unique, and why that uniqueness also limits its overall potential.

The original king of single barrel bourbon holds a fond place in many bourbon drinkers' hearts. With each bottle adorned with a topper that displays an individual letter and a horse in a different race position, and some bottles in a case of Blanton’s housed inside a colored felt bag and fancy box, the brand feels special. Fun packaging gimmicks aside, what makes Blanton’s so unique is its consistency. In a world where single barrels can vary widely, Blanton’s tends to always deliver a consistently solid pour year over year. Never the best, and far from the worst.

In fact that consistency was on display front and center during this review. The last bottle of Blanton’s Original Single Barrel that we reviewed was bottled exactly almost 8 years apart. Much like the bottle currently being reviewed, that bottle from 2013 delivered a well rounded and very good pour that was hard to dislike. Bottles tasted in between that time have shown that same consistency time and time again.

Now don’t take this consistency to mean that Blanton’s Single Barrel is the be all end all to single barrel bourbon. It’s far from it. In fact even inside its own Blanton’s family line of bourbon, Blanton’s Single Barrel’s 93 proof puts it at a disadvantage compared to Blanton’s Gold or Blanton’s Straight From The Barrel, but are also more rare if that is even possible. That said, there’s something distinctly unique to be said about the ability of Buffalo Trace to pull out single barrels year after year that all deliver a similar pour. Just make sure you understand that there’s a difference between something that is always consistent and something that is always excellent.

Since we originally reviewed Blanton’s back in 2014, the brand has seen a suggested price increase from $45 to $65. Given the current bourbon climate, this seems like a perfectly acceptable price adjustment and is in line with other Buffalo Trace prices increases. Value is always subjective and is even harder when it comes to something like Blanton’s which has quickly become the new must have “ bourbon.” For simplicity's sake though, we judge a bourbon’s value based on its MSRP, not what it may command on the secondary market or by overzealous liquor store owners.

While Blanton’s may have been the original single barrel bourbon, it certainly wasn’t the last. Currently the market is full of single barrel bourbons both in the form of standard releases such as Knob Creek, Four Roses, and Wild Turkey, and even the other single barrel bourbons produced at Buffalo Trace, including Elmer T. Lee and E.H. Taylor. Add in popular single barrel picks from craft distilleries like New Riff and Pinhook, and you start to realize how easy it is to buy a single barrel comparatively. Blanton’s tends to be on the higher end of the price spectrum considering ongoing releases from the major Kentucky distilleries, and yet its MSRP doesn't feel completely out of line either. While Blanton’s Original Single Barrel won’t be the best bourbon to grace your palate, it does offer a consistent pour that is hard to dislike and justifies its MSRP.

The original single barrel bourbon continues to defy odds with its ability to provide a consistent sip year after year and a flavor profile that defines approachable.

Blanton’s Original Single Barrel is the age defying brand that continues to please consumers year after year with a product that could easily vary widely barrel to barrel, yet rarely does. Its consistency delivers a classic bourbon flavor profile that will please almost anyone. While it may not be the best single barrel available at any given moment, even among its own Blanton’s siblings, it is by far and large, one of the more approachable ones.

Does this trait of consistency help justify why it is suddenly one of the hottest bourbons in America? No, not really, that head scratching thought is a whole different animal to tackle. However what it does do, is afford those who do buy a bottle, the opportunity to buy a single barrel bourbon that will almost certainly be a well above average to very good bourbon the majority of the time. People tend to forget that single barrel bourbons aren’t all going to taste alike. In fact that’s what usually makes single barrel bourbons so unique. The fact that Blanton’s is able to replicate its pour so closely from one barrel to another, year after year, is an impressive feat. It’s a shame that Blanton’s has become so hard to find, because this is one bourbon that deserves to be a staple on all bourbon drinkers shelves, if nothing more, than to always have one consistent easy-sipping bourbon on hand.

Find Blanton’s Original Single Barrel Bourbon (2021) at Frootbat
‍The sample used for this review was provided to us at no cost courtesy its respective company. We thank them for allowing us to review it with no strings attached.
360 video 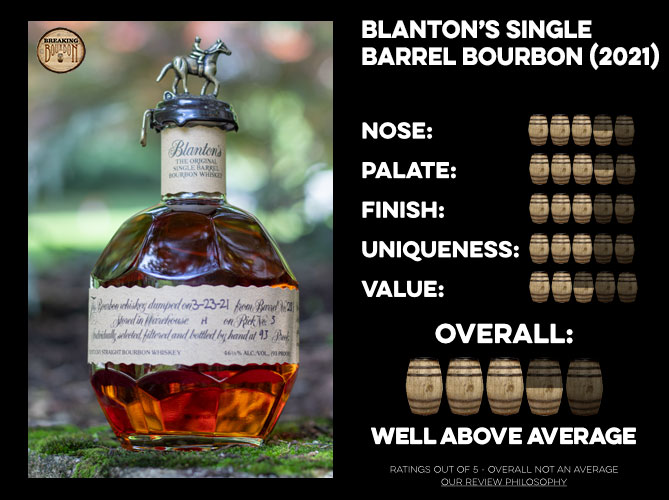 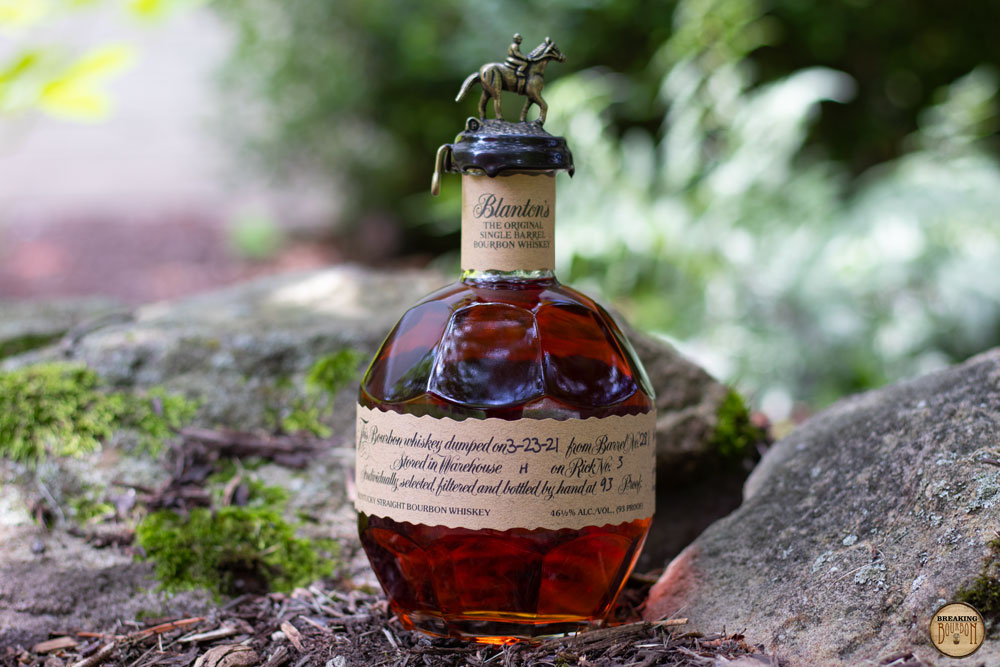 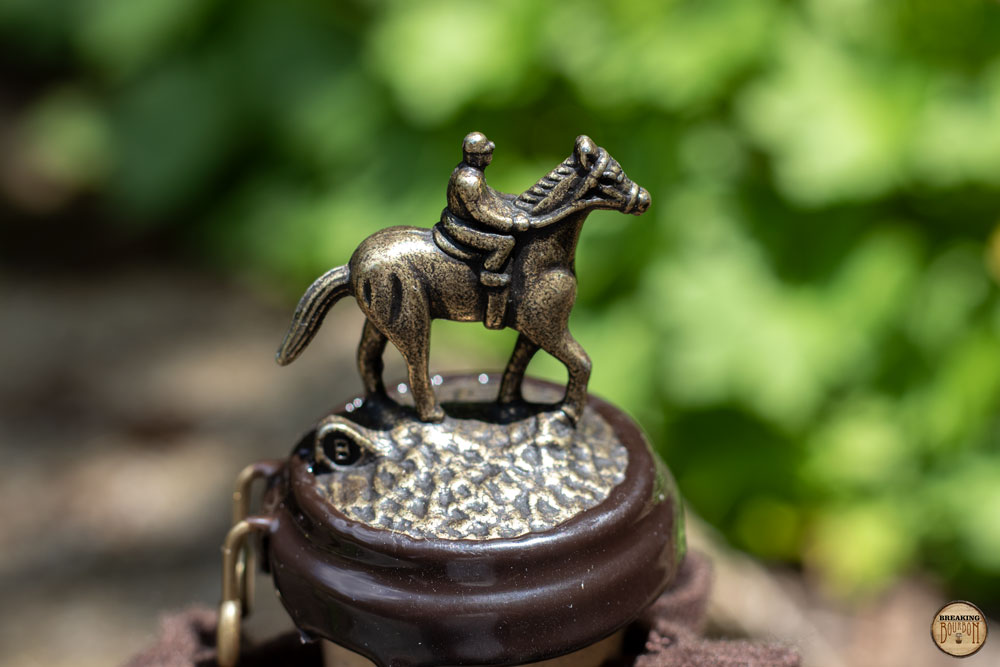 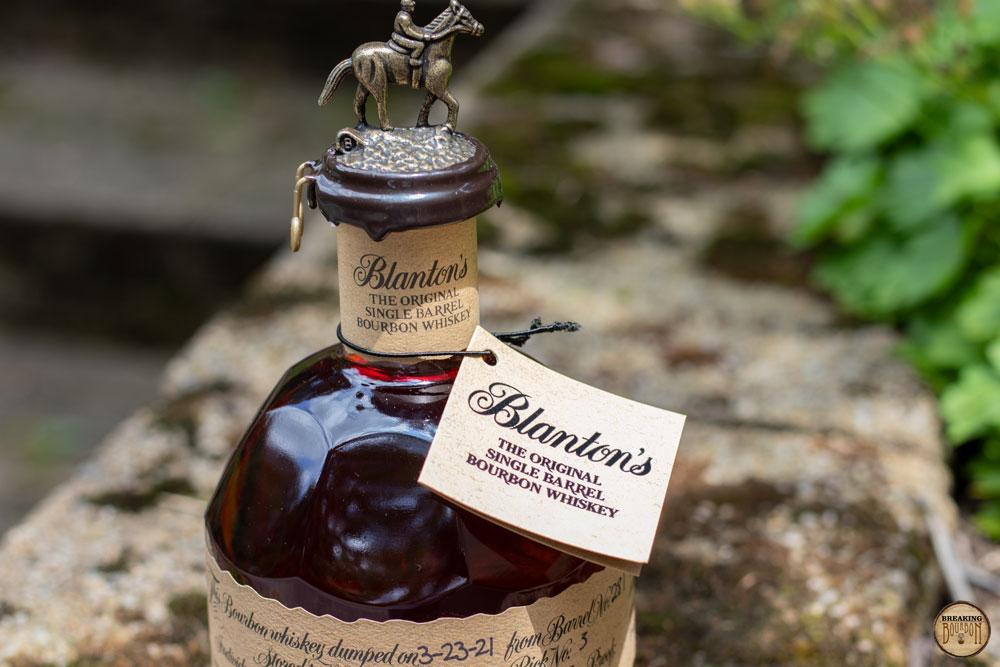 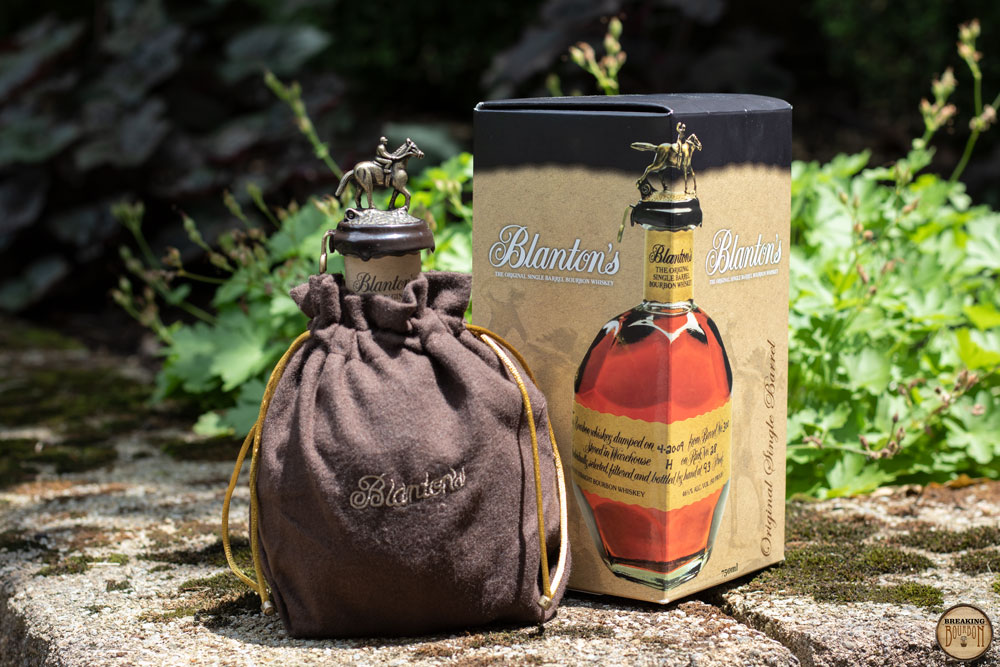 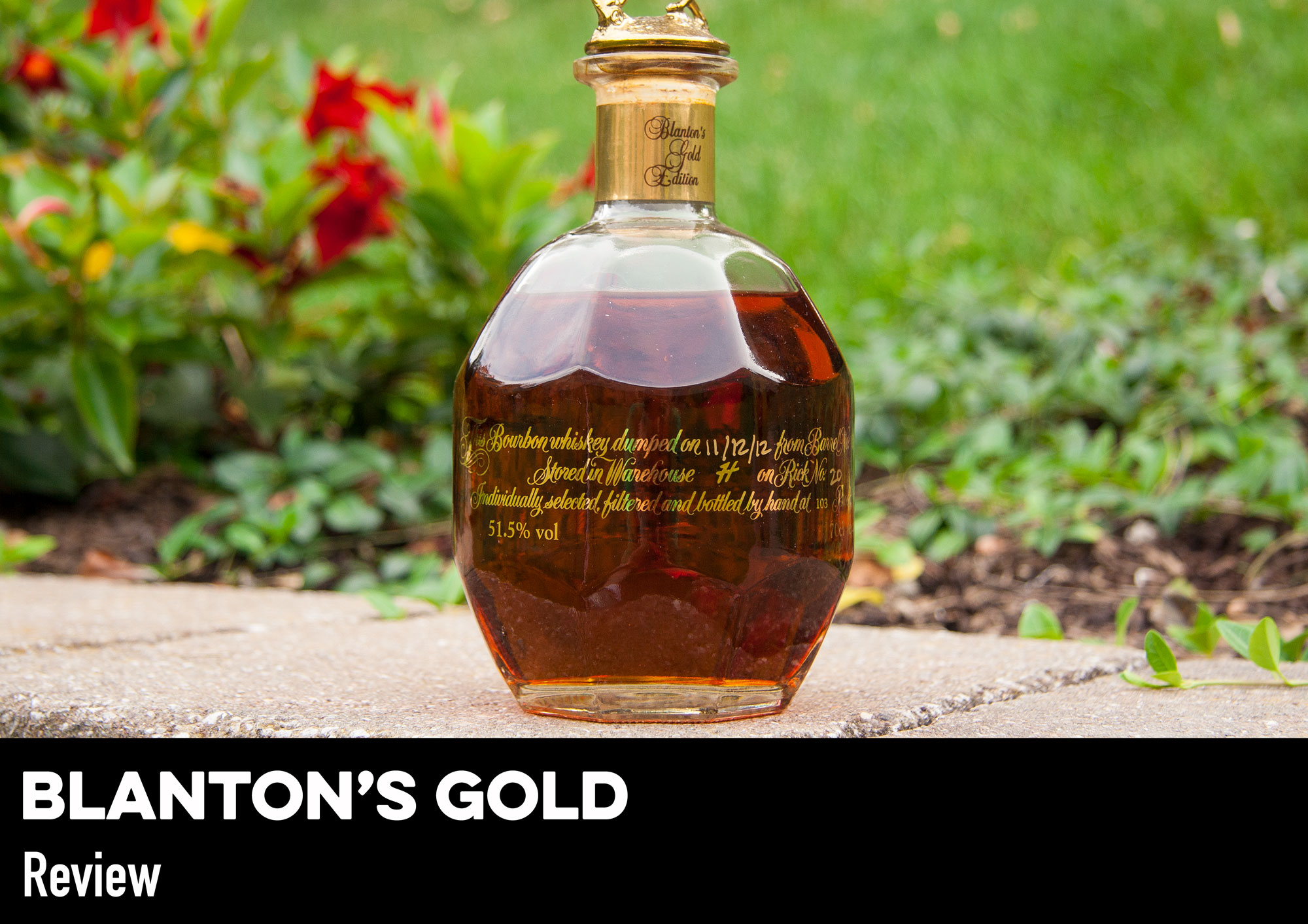 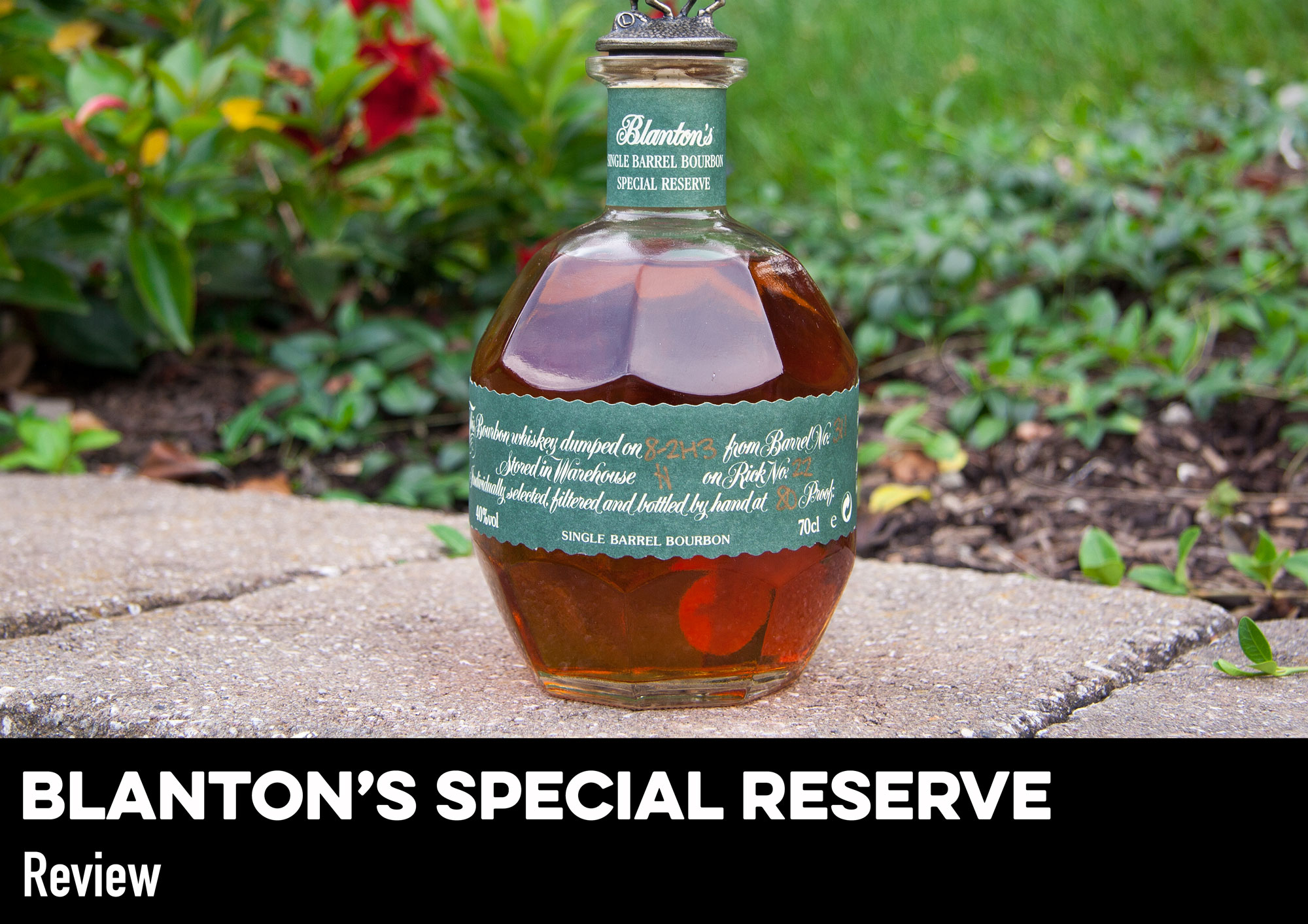 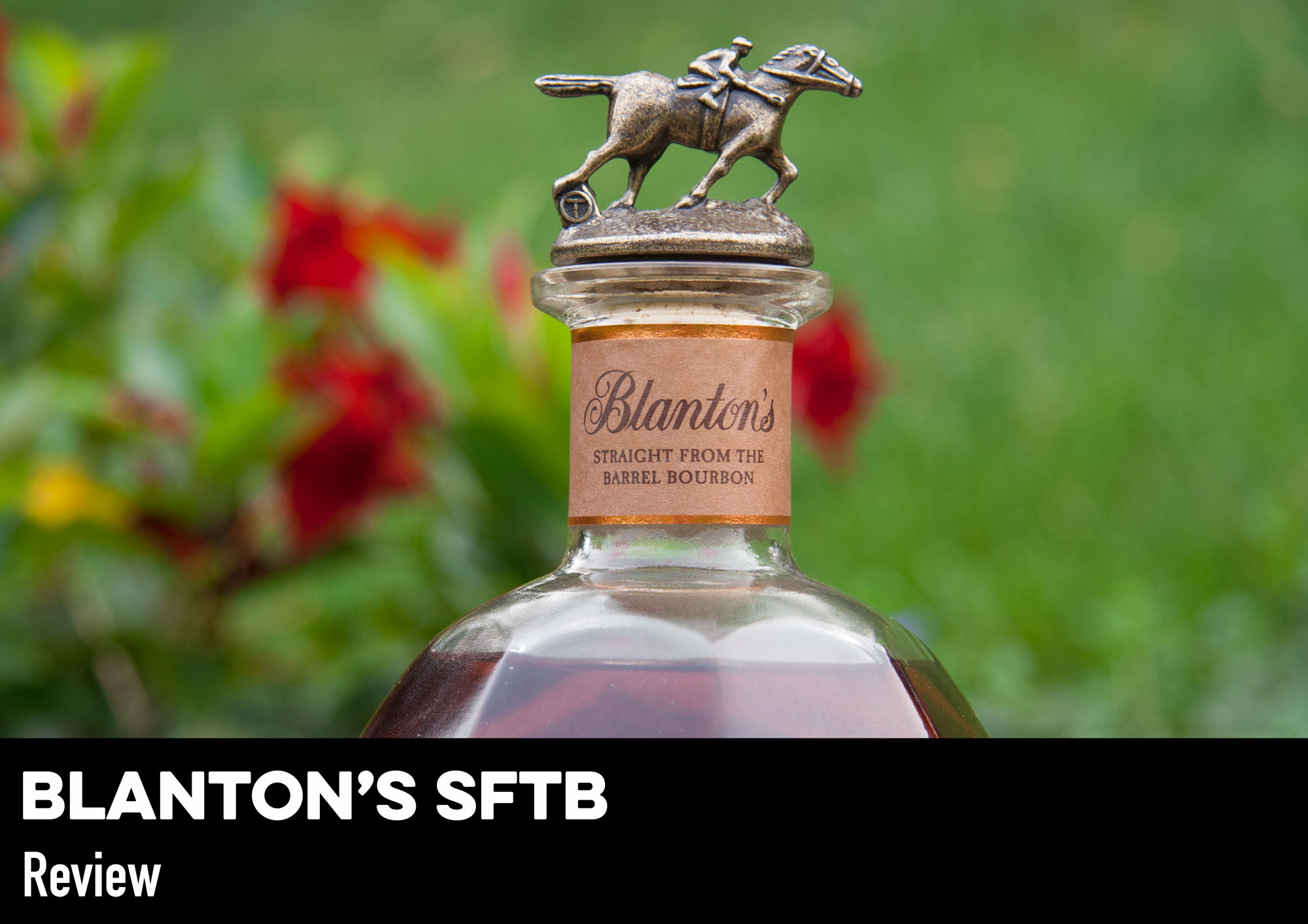