Four Roses uses 2 different mashbills and 5 different yeast strains to create 10 unique bourbon recipes. Their standard 100 proof single barrel is always OBSV, and consequently if it is a Four Roses Single Barrel and 100 proof then it must be OBSV (for example their Secretariat Single Barrel release). This mashbill consists of 60% corn, 35% rye, and 5% malted barley. The strain of yeast used is version “V” which is described as being delicate fruit, spicy, and creamy. This bottle came from warehouse PN and is barrel number 39-1C. It’s also interesting to note that Four Roses releases single barrel, barrel proof versions of all 10 of their recipes. These are available via private selection or as part of their now discontinued annual Limited Edition Single Barrel releases.

I’m greeted with an incredibly delicate and light nose. A bouquet of soft scents consisting of cork, dried raisins, vanilla, and fresh picked flowers wafts up from the glass. Also a very small amount of alcohol is detected upon first whiff. It’s a nice but incredibly subtle nose.

Wow, the palate is not what I expected after such a subtle nose. The most apt description is “Flavor Burst.” Upfront I’m greeted with a heavy dose of rye spice immediately followed by honey, peaches, and subtle hints of brown sugar and light oak. The palate isn’t deep as much as immediate, since you’re bombarded with all of the flavors at once. It coats your tongue ensuring you get a healthy dose of flavor with each sip. Truly a delicious tasting bourbon that makes me want to continuously go back and drink more.

This bourbon delivers a long, lingering finish, which has the exact opposite spice effect of the palate. With the palate, you’re greeted with spice upfront, quickly followed by a blast of flavors. With the finish, you’re initially greeted with very little spice, however that changes as my mouth is slowly filled with a delicious spicy heat over a minute or two. This spicy heat then takes another minute to slowly dissipate from my taste buds. Layered in between the rye spice are flavors of leather, old wood, mint, dried raisins, and cherries along with vanilla coated peaches. The length of this finish cannot be understated as it just keeps going and going.

Compared to other single barrels on the market, this one stands out for me due to the large amount of sweetness the palate contains, along with the large amount of rye in the mashbill. This bottle is well-balanced and full of flavor that smacks you around from start to finish. With the higher rye content, the flavor profile is unlike something you’d see coming out of Buffalo Trace or Heaven Hill. I’m usually hesitant to read a distillery’s description of a bottle, however the standard bottling Four Roses OBSV recipe really does live up to its description of “delicate fruit, spicy, and creamy.”

Single barrel bourbons, while unique, aren’t exactly rare nowadays. However what makes Four Roses stand apart is that they have 10 different recipes they use when making their blended bourbon. This means that they also have 10 different variations of single barrel recipes they can use for their Single Barrel product. While the standard bottling is always offered as OBSV at 100 proof, part of the fun of the Four Roses Single Barrel line is trying each recipe and finding what you like. This can also have a downside to it though, since non-standard bottlings can only be found as private picks. This means that sometimes you have to hunt around to find your favorite recipe.

For $40, you’re getting a pretty good value for your money. Four Roses delivers a bottle full of flavor that rewards you for spending your hard-earned money on the bottle. Sure, compared to other Four Roses products, (Four Roses Yellow and Four Roses Small Batch) the Single Barrel line costs more, however it also delivers a much more robust flavor profile. On top of being moderately priced, unlike some of the other single barrels on the market, you can usually find a bottle of the standard Four Roses single barrel all year round.

Full of flavor, regularly available on shelves, and a reasonable price… you can buy me a dozen of these roses any day of the week.

I found this bottle of Four Roses Single Barrel OBSV to be spicier than the Four Roses Small Batch, which I normally find to be a subtle balance of sweet and I often describe as a good beginner bourbon. I’d say a good description for the standard Single Barrel offering, is that it’s the grown-up version of their small batch product. The flavor is fuller, the finish is longer, and yes the price is higher, although justified in this case.

You have to hand it to Four Roses master distiller Jim Rutledge, as he certainly has a knack of picking delicious single barrels, and this bottle is no exception. The flavors are spot on for how Four Roses describes this specific recipe. While some may not rate the standard Four Roses Single Barrel as the best recipe offered by Four Roses, the consistent nature of the standard OBSV bottling is nothing to scoff at.

The best part of the Four Roses Single Barrel line is all of the different recipes that Jim has for you to choose from in the form of private selections. Each one is different, and finding the one that’s best suited to your flavor profile is part of the fun. I really recommend going out and trying as many different recipes as you can so you can find out what one is best suited for your preferences. I know that the three of us at Breaking Bourbon certainly look forward to doing a 10 recipe sampling at some point in the future.

Buy Four Roses Single Barrel at Frootbat
‍The sample used for this review was provided to us at no cost courtesy its respective company. We thank them for allowing us to review it with no strings attached.
360 video 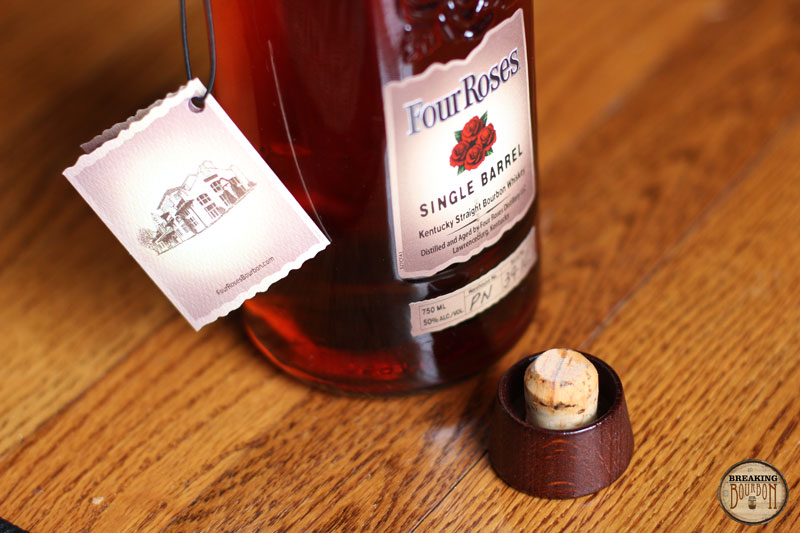 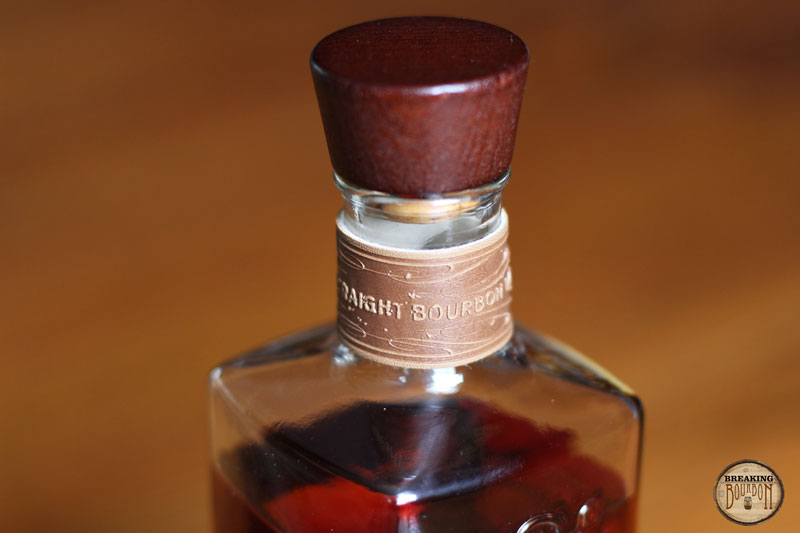 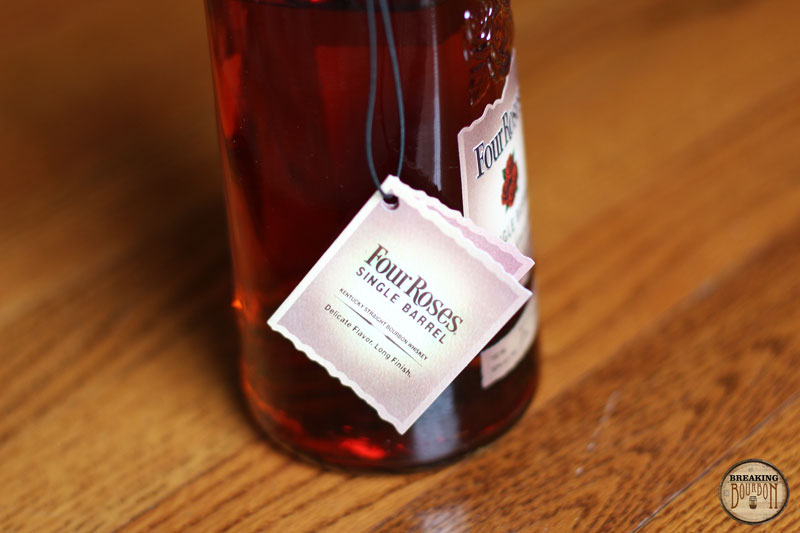 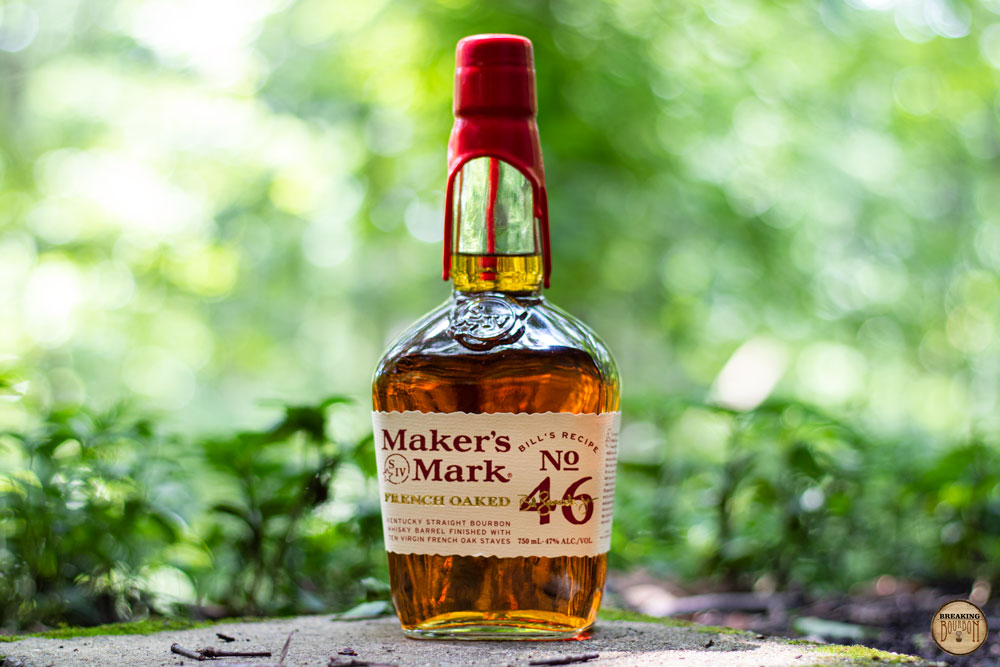 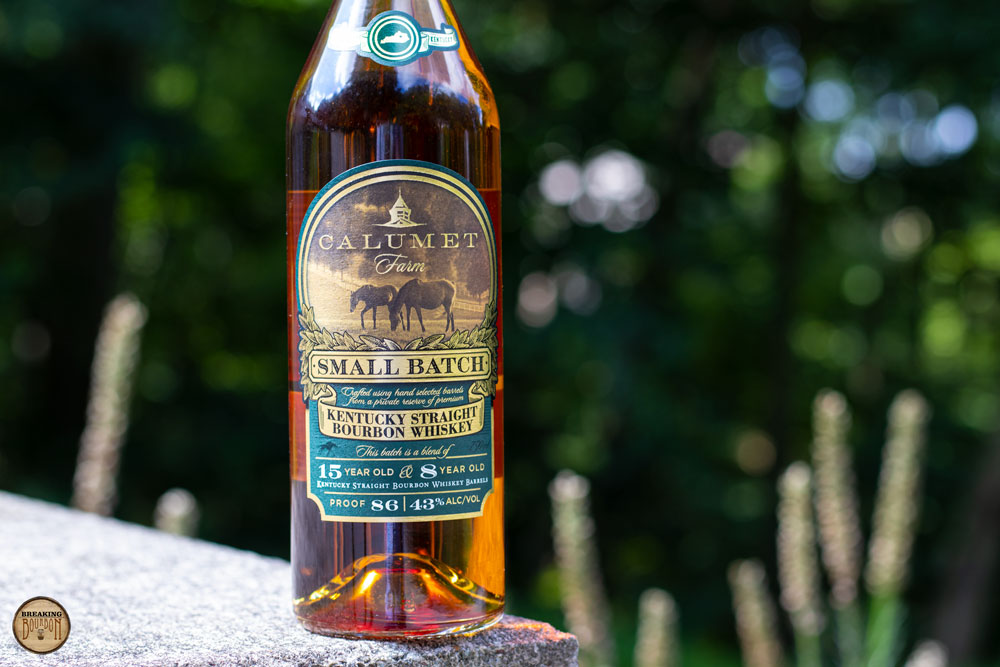