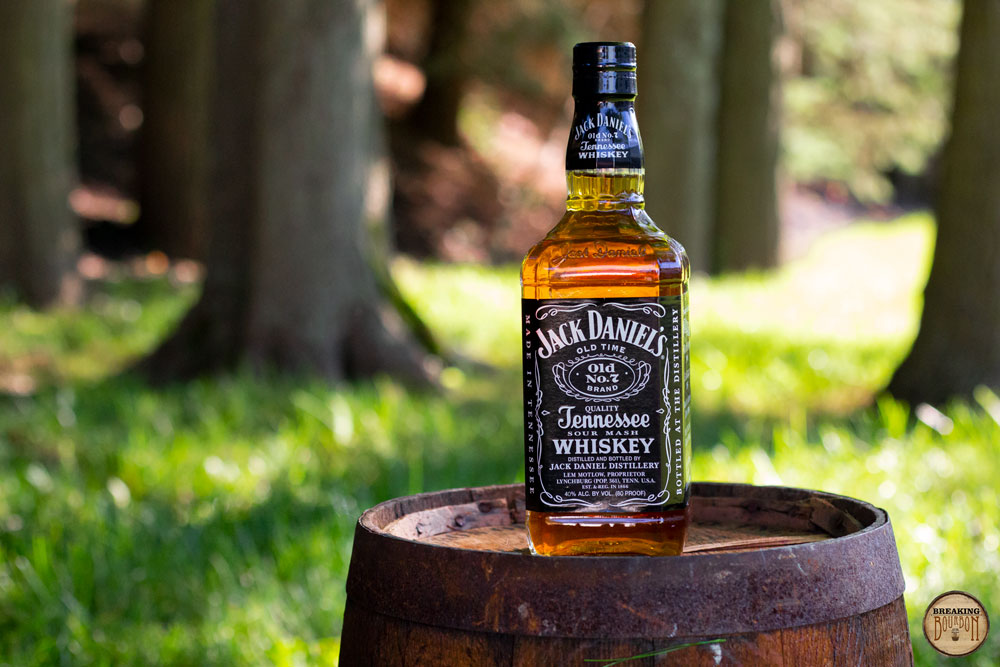 Jack Daniel’s was established in 1886, and is the top-selling American whiskey in the world. It is produced in Lynchburg, Tennessee which ironically, is a dry county meaning the product can’t actually be sold there. Brown-Forman acquired Jack Daniel’s in 1956.

A pleasant mix of fruity sweetness, vanilla custard, oak, and banana. It’s medium in intensity, yet still has a decent richness to it  Apricot and corn provide an additional layer of nuance. These scents culminate into an enjoyable and immensely satisfying opening to this whiskey.

A rush of corn and banana upfront that’s followed by sugary blend of vanilla and walnut. Minor traces of smoke, cinnamon, and maple creep in and help add some additional nuance. Although its thin mouthfeel is regrettable and 80 proof unappealing, it thankfully drinks ever so slightly hotter. This all adds up to a palate that is distinctly Jack and makes it surprisingly fun to drink.

Forgoing much of the sweetness found in its palate, the finish is oaky, slightly bitter, and at times almost briney. It’s a strong contrast to the sweet nose and palate, and leaves a mildly dry and tongue zapping funkiness that’s a hard contrast to the other parts of this whiskey. It’s a detrimental finish to an otherwise solid overall pour.

A lot of fun has been had arguing whether the standard Jack Daniel’s qualifies as bourbon or not. But the discussion always comes back to the Lincoln County Process. Some may say that it hides flaws that would otherwise be more pronounced, but that is largely inconsequential as so many other brands use many different means of filtering. Jack Daniel’s has also been making whiskey for 150 years and it’s hard to argue that after perfecting their technique for so long, that they make poor products. This is highlighted by their entry into rye production and how impressive their rye products have been out of the gate.

As for the standard Jack Daniel’s, it's quite difficult to mistake it for another average budget whiskey due to its memorable nose and unique palate, which can probably be traced back to the Lincoln County Process. Besides the brand’s quintessential banana notes, it offers a sweet and fruit-forward palate that makes it stand out and constantly reminds you you’re drinking Jack. When I compared it to a Jack Daniel’s Single Barrel Barrel Proof flavor profile, I surprisingly found more nuance with the standard’s profile. Yes it was a single barrel and barrels can vary, but the result wasn’t what I was expecting and shows the standard Jack Daniel’s does have its moments.

The standard Jack Daniel’s has always been known as a budget whiskey. That of course comes with an assumption that it’s a subpar whiskey that college kids drink because they don’t know or can’t afford any better, and with its reputation as a staple mixer with Coca-Cola. Along with brands like Jim Beam and Maker’s Mark, which can be found in just about any bar in America, it further adds to people’s assumption that these brands aren’t worth your time and money. On the flip side, the brand also has its passionate, and at times, rabid fanbase. It would seem odd for a whiskey to have such a following if it was in fact a swill whiskey. Much like I found when I reviewed Maker’s Mark, unfounded reputations certain brands carry aren’t always true. Jack Daniel’s is a superb value for the whiskey in its bottle. While I didn’t find that to be true with Jim Beam White Label, Jack Daniel’s can be a decent sipping whiskey despite its low proof and downer finish.

Jack Daniel’s Tennessee Whiskey may have its cynics, but it holds up well against some of the best of the budget sub-$30 whiskeys like Wild Turkey 101 Bourbon and Elijah Craig Small Batch. Taken as a sipping whiskey, it has an above-average nose, a likeable banana and sugary vanilla palate, but comes up short with a flawed finish. Despite being 80 proof, it thankfully drinks a bit hotter, but Brown-Forman would be well served to increase to at least 90 proof. Thankfully Brown-Forman has expanded the Jack Daniel’s portfolio and it can be quite fun doing a vertical flight of the standard Jack, single barrel, and barrel proof varieties. Many who typically shy away from this brand might come away surprised and enlightened by what it has to offer in this capacity. While you can certainly drink worse - and I know that isn’t a glowing endorsement - know this: when looking for a budget whiskey one of the best things a brand can offer are memorable characteristics. Thankfully that is something the standard Jack Daniel’s offers in spades.

Buy Jack Daniel’s Tennessee Whiskey at Frootbat
‍The sample used for this review was provided to us at no cost courtesy its respective company. We thank them for allowing us to review it with no strings attached.
360 video 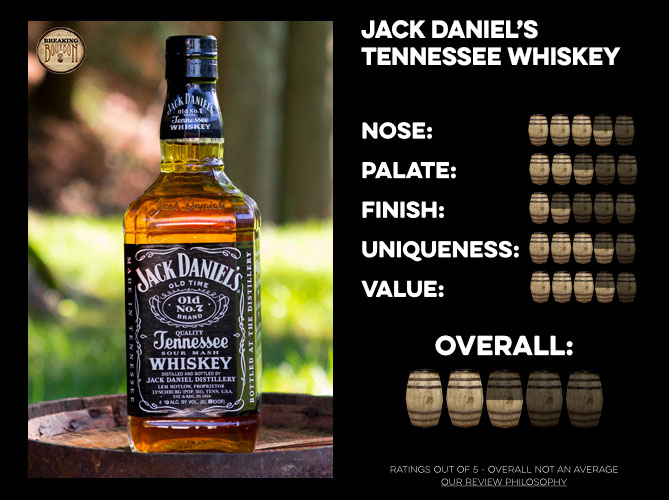 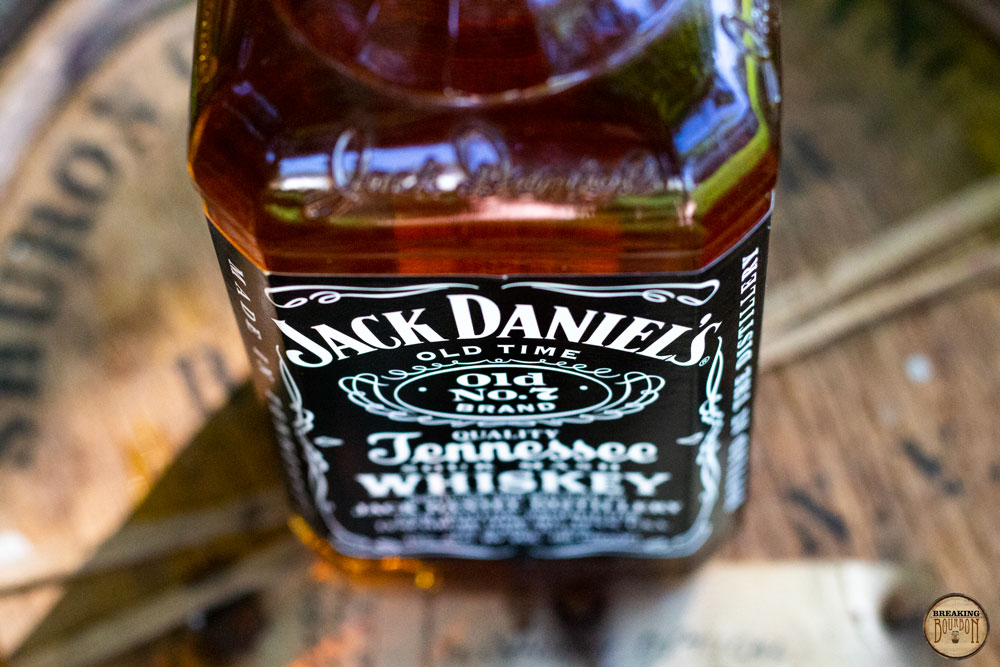 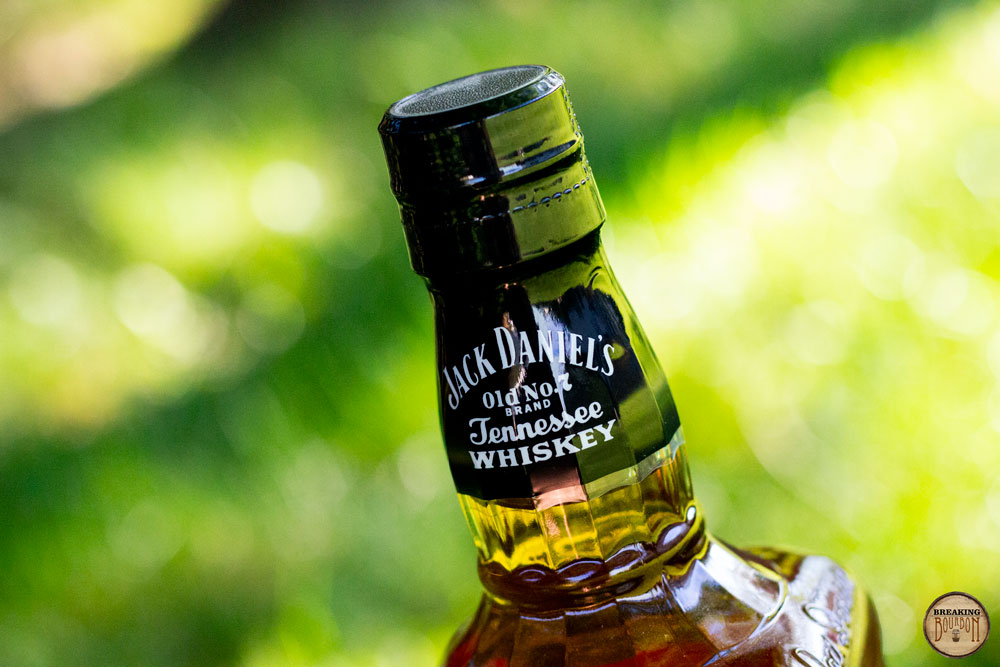 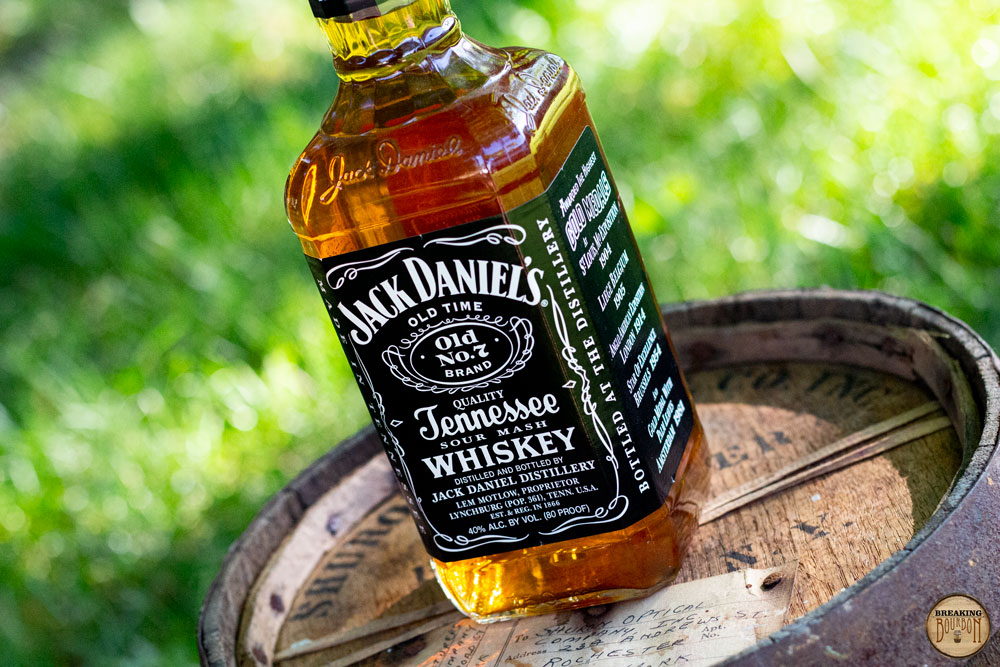 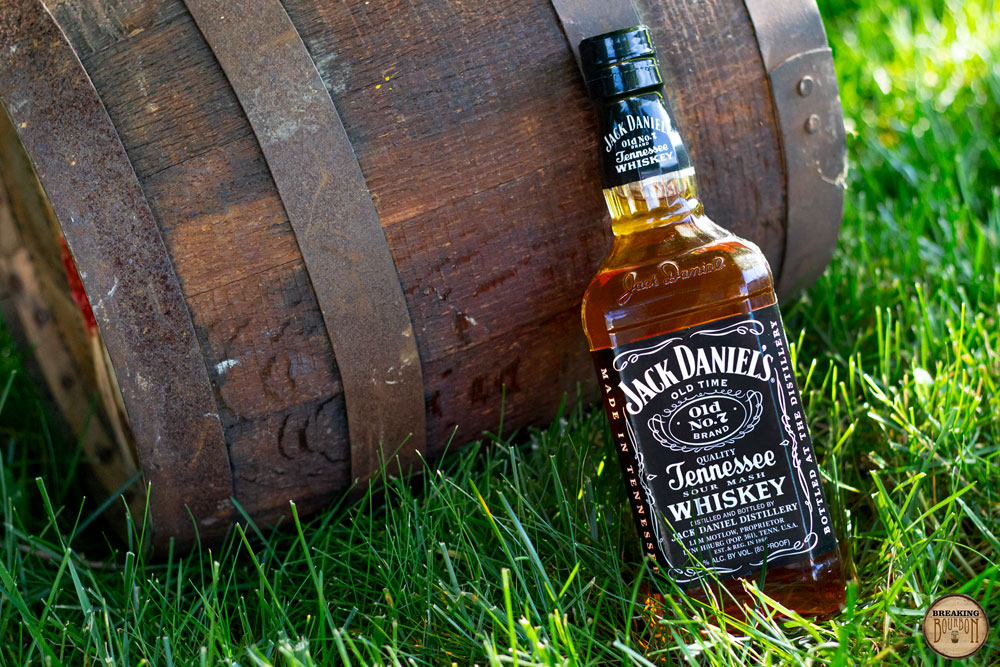 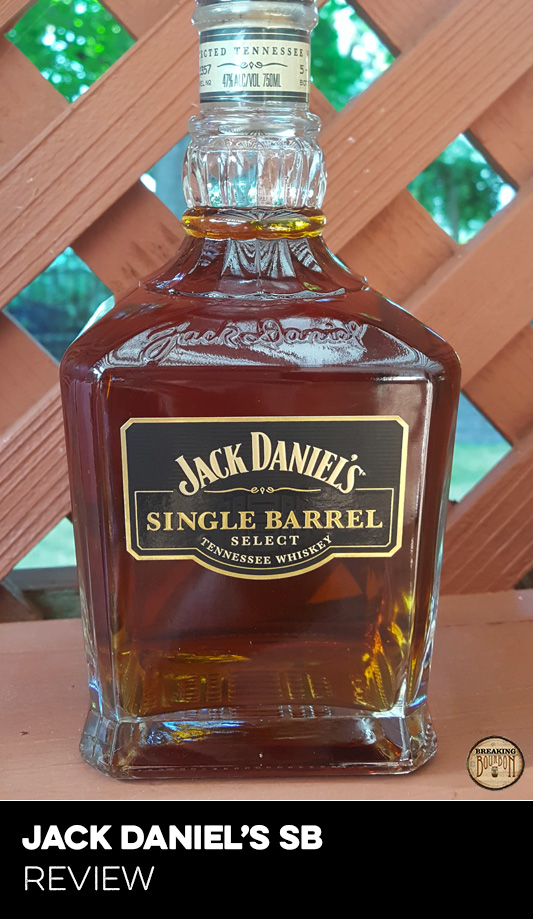