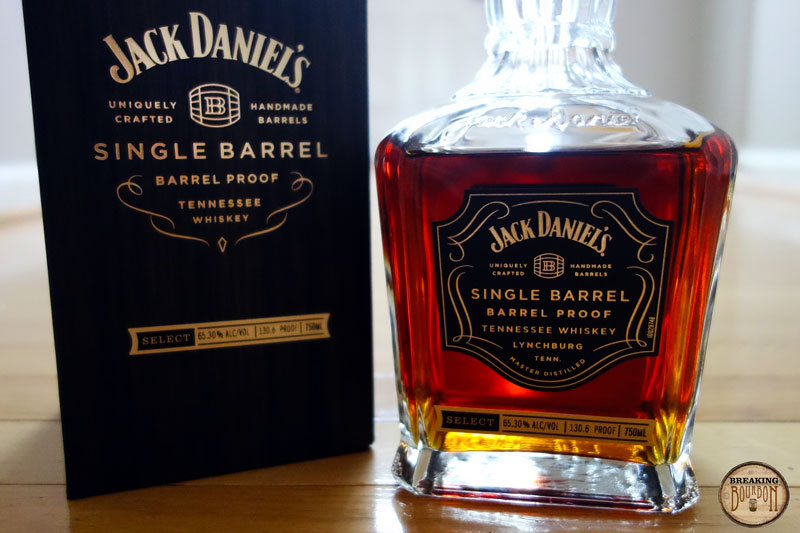 While not labeled bourbon, most Tennessee whiskeys meet the criteria required to be called bourbon. After distillation, Jack Daniel’s Tennessee Whiskey undergoes what is referred to as the Lincoln County Process. In the case of Jack Daniel’s, it drips for six days in 10 foot vats, passing through charcoal that was made by burning maple wood that had been impregnated with 140 proof Jack Daniel’s whiskey before being put in new charred oak barrels and aged for an estimated 4-7 years.

A combination of maple sugar candy and bananas lies on a bed of burnt wood. It has a somewhat smoky scent, and though the alcohol is noticeable, it’s not overpowering. It’s rich and inviting, yet uncharacteristic of what I’m used to in American whiskey.

Chocolatey sweet caramel and burnt wood hit first. Pipe tobacco follows, along with a good dose of bananas, some nuttiness, a bit of spice, and some of that maple sugar candy. While I can’t necessarily pinpoint any other specific flavors, the overall mix comes across as somewhat odd, albeit enjoyable. This odd mix of flavors is assertive, but not to the extent I would have expected for 130.6 proof, feeling closer to 100 proof on the palate. It coats the mouth nicely with a medium-weight mouthfeel.

The heat kicks in here, quickly ramping up to a spicy almost tannic burn giving evidence of the higher proof. I might go so far as to say it borders on overly hot, culminating in the mouth and back of the throat, which might be a bit much for some. This makes for a bold and spicy finish, and though the intense heat dissipates quickly, it leaves ample amounts of burnt wood and maple sugar candy lingering in balance for quite some time.

I don’t intend to offend any die hard Jack Daniel’s fans by saying this, but I have never held Jack Daniel’s in high esteem. In my mind I’ve always associated the brand with mass-produced mixing whiskey, which is not necessarily a correct assertion but rather based strictly on my own limited personal experience; mostly in college, mixing the flagship Old No. 7 with coke, and typically followed up with a good ol’ toilet hugging session. Those were the days, right?

Years later I approach whiskey in a much different way, typically enjoying neat and always seeking out new, quality experiences. As a result, the buzz surrounding this particular product has successfully landed Jack Daniel’s on my radar. In anticipation of writing this review, I did some exploration into Jack Daniel’s history beyond the modern-day buzz surrounding the Lincoln County Process and heated discussions as to whether or not it’s actually bourbon, which for the record, I don’t care.

What surprised me most is something I already knew but needed a reminder of. The brand is rich with history dating back to the the late 1800’s, so much so that in 1972 the Jack Daniel’s Distillery was listed on the National Register of Historic Places. Despite its mass-produced and run-of-the-mill surface level feel, on paper Jack Daniel’s gives purists everything they want; the company makes their own barrels, distills and ages their own whiskey, and shares a reasonable amount of information with those who are interested in seeking it out.

As for the flavor profile of this whiskey, it’s uncharacteristic of others in my collection and pushes the limits on a flavor profile I would typically go for, which is accentuated by it being barrel proof. I’ve sampled from two different Jack Daniels Single Barrel Barrel Proof bottlings, and while both share some underlying similarities, they offer very different experiences, with the bottle in review having a fuller flavor profile and providing a more interesting experience by comparison. My particular bottle is by no means a perfect balance of flavors, but what it offers is exciting, unique tasting, and enjoyable; albeit a somewhat strange mix of flavors. Love it or hate it, it’s unique yet polarizing flavor profile might just be one of the best things it has going for it.

Barrel proof options offer some of the better values in whiskey, and as a result, selection is often limited as they don’t tend to sit on the shelves for long (despite rapidly increasing prices in some cases). Single barrel private selections, often bottled at barrel proof, represent a good comparison to this product as there seems to be a good amount of variation between barrels and the price range is similar. Depending on your taste preference and pure luck, you’re sometimes rewarded with an exceptional bottle, and other times not so much. The risk is no different here.

However, unlike some popular comparisons that would include private selections of Four Roses and Smooth Ambler Old Scout, I feel the quality floor and chance of liking Jack Daniel’s are lower, resulting in a higher probability of a not-so-enjoyable bottle (anecdotally speaking). On the flip side, you might just end up with a unique tasting bottle you love that’s also unlike anything else in your collection. Of course $65 is a premium price point, and while I don’t feel there is a stellar deal here, I don’t feel it’s overpriced either.

While there seems to be wide variation among barrels, this full-flavored, unique, yet polarizing barrel proof whiskey showcases an historic brand, and might just make us think of Jack Daniel’s a little differently.

On the surface, Jack Daniel’s Single Barrel Barrel Proof is a tough whiskey to wholeheartedly get behind. While I really enjoy the particular bottle/barrel I’ve reviewed here, there seems to be a significant variation among barrels and taste preference for it, with most enthusiasts generally loving or hating it. Coupled with a unique flavor profile, you’re rolling the dice on the quality of your particular bottle and whether the flavor profile will be to your liking. If you have an adventurous palate and enjoy full-flavored whiskeys, you might be rewarded in the best of ways. On the flip side, you might downright hate it.

Despite the risk, I still recommend it. In a worst case scenario you’ll end up with a nice looking bottle of whiskey to add to your collection for the sole purpose of sharing with adventurous friends. In any event, it’s great to see Jack Daniel’s raising proof instead of lowering it and giving us a product to get excited about. I was so shocked by how much I enjoyed this bottle that I ended up naming it as one of my Favorite Whiskeys of 2015; not because I think it’s a perfect whiskey, but because it really impressed me with it’s surprisingly enjoyable combination of rich and unique flavors making it one of my most memorable whiskeys for 2015.

Buy Jack Daniel's Single Barrel Barrel Proof at Frootbat
‍The sample used for this review was provided to us at no cost courtesy its respective company. We thank them for allowing us to review it with no strings attached.
360 video 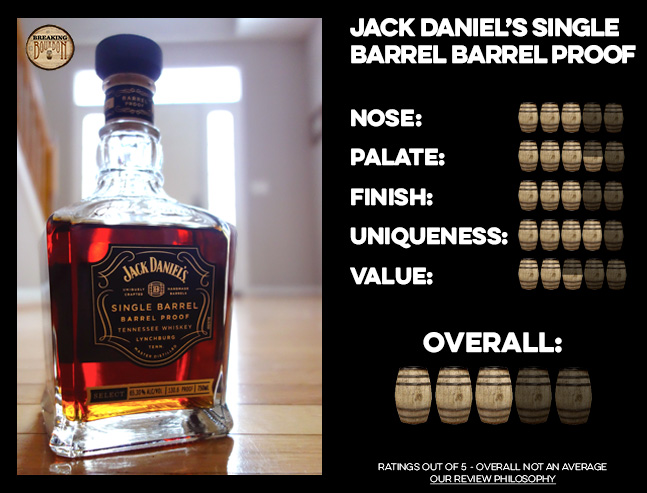 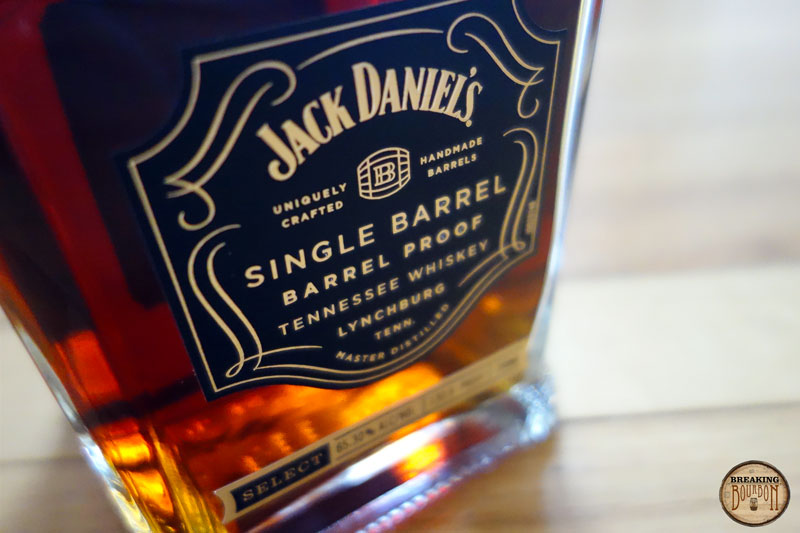 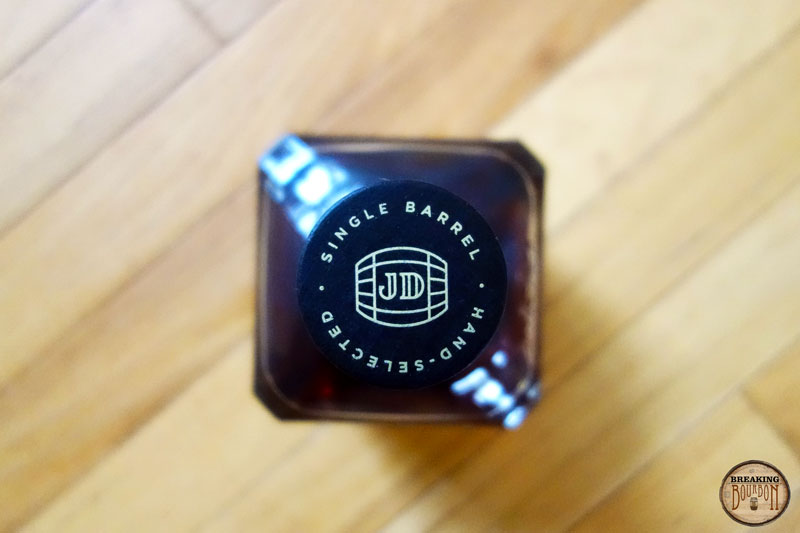 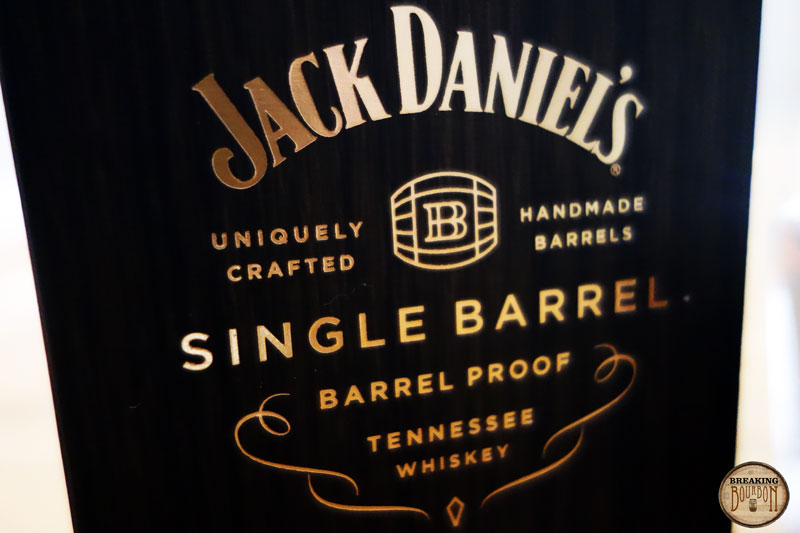