Henry McKenna came to America in 1837 from Ireland and settled in Kentucky where he set out to create a better bourbon using his family’s recipe. Henry McKenna shares the same mashbill as many other Heaven Hill brands (78% corn, 12% malted barley, 10% rye). The Henry McKenna brand also includes a bottled in bond single barrel release that carries a 10 year age statement. Notably, Heaven Hill’s website doesn’t feature Henry McKenna Straight Bourbon in its brand lineup signaling it could be getting phased out in the near future, or the visitors of their website aren’t the target audience for it.

Before you pick up on any dominating scents, you’ll notice the aroma’s overall lightness. It’s quite gentle with caramel being the first true scent you’ll pick up on. Classic bourbon scents follow, with vanilla and oak doing what they can to try to stand out. A touch of brown sugar along with burnt orange rind flutter in without much overall effect. With a strong swirl of the glass the aroma gains some intensity and is overall pleasant, but far too weak to have a lasting impact.

A thin mouthfeel carries a soft pecan note that layered between equally gentle amounts of oak and caramel. With an absence of spice, the palate leans sweet but never overly so. It’s straightforward to a fault, offering barely anything to explore beyond its initial impression. The limited flavor profile is serviceable though, reaching a quality level that is at all times drinkable, but offers little beyond that.

The gentlest incline of cinnamon occurs creating a moment of interest. However, it's fleeting and the bourbon settles on a baseline of charred oak and mild leather. A lingering pecan note appears, cementing the bourbon’s focus on heavy flavors over fruity and sweet ones. What it lacks in diversity it makes up for with a strong singular focus.

Within Heaven Hill’s bourbon brands, Henry McKenna Straight Bourbon, along with Heaven Hill 80 proof “White label” are their lowest proof entry point for consumers, and the lowest allowable proof to be labeled bourbon. Evan Williams “Black Label” Bourbon at 86 proof is its closest companion, and comparably, drinks a bit hotter, spicier, and livelier in the midpalate. The company’s newer and far more expensive Five Brothers Bourbon weighs in at only 10 proof points higher at 90 proof and is much more complex comparably. Larceny Bourbon is 92 proof, and its wheated mashbill allows it to flourish with much more cinnamon, nutmeg, and baking spice. Its mouthfeel is comparably thin, but an improvement in every way. Finally, Elijah Craig Small Batch features the most complexity of the bunch at 14 proof points over Henry McKenna Straight Bourbon. And just for fun, Heaven Hill “Green Label,” was a 6 year old 90 proof bourbon that is better than McKenna in every category, but for some reason was discontinued, while Henry McKenna chugged on.

Staying within Heaven Hill’s brand portfolio, Henry McKenna Straight Bourbon doesn’t have anything more special to offer over its counterparts. Its focus on pecan, oak, leather, and caramel makes for a thin flavor band. Viewing it at a high level its simplicity severely limits the bourbon for many whiskey drinkers. Its flavor profile just comes across as too familiar. It's a bourbon that knows exactly what it is and is fine being simple and highly focused on one goal. But Henry McKenna Straight Bourbon doesn’t exist in a vacuum and being so limited in complexity and diversity keeps the bourbon from standing out in any meaningful way beyond those looking for a fair enough pour at a rock-bottom price.

Henry McKenna Straight Bourbon tries to make a strong case for value. As many $20 bourbons have moved into the $30 range, the under $20 range is still alive and well. Unfortunately, Henry McKenna Straight Bourbon struggles to offer much beyond what others in the price range offer. Evan Williams “Black Label” is often found for around the same price, and it offers a bit more depth and sweetness in its flavor profile. The same can be said of Evan Williams Bottled in Bond and Evan Williamns 1783 Small Batch Bourbon at a slight price hike. Elijah Craig Small Batch and Larceny Bourbon are drastic improvements for around $10 and $15 more respectively. Outside of Heaven Hill, Benchmark Top Floor offers a compelling argument with a better sip at a similar price. Finally, Four Roses Bourbon at $20 isn’t going to wow you, but at a minimum, offers a slight complexity bump thanks to using the company’s two different mashbills and five different yeast strains. Henry McKenna Straight Bourbon’s $15 asking price for a liter, at its quality level, is a fair price, but not any more beyond that.

Henry McKenna Straight Bourbon is the definition of a nebulous brand that exists without a clear definition or goal.

Henry McKenna Straight Bourbon is far away from being a bad bourbon, as it offers a competent classic bourbon flavor profile with a gentle accent of caramel and pecan. It reaches a quality bar that even certain craft distilleries at five times its price fail to reach, yet, its thin mouthfeel, straightforwardness, and lack of any true standout features hurts it for anyone who has had some experience drinking bourbon before. But its price cannot be overlooked as it's a solid value for its overall quality. It serves a particular customer, and while there are better bourbons available from both Heaven Hill and its competitors for around the same price, there’s no fault in finding some personal value in what the bourbon offers. Perhaps a slight bump to its proof and adjustments made to its blending would improve it, but it seems to be clear that is not what Heaven Hill has planned for this bourbon. With its bland label design which is over 10 years old now, you might have overlooked it on the bottom shelf; that is if your local store even carries it to begin with. It's a brand that blends into its surroundings and seems to be perfectly happy doing so.

Buy Henry McKenna Straight Bourbon at Frootbat
‍The sample used for this review was provided to us at no cost courtesy its respective company. We thank them for allowing us to review it with no strings attached.
360 video 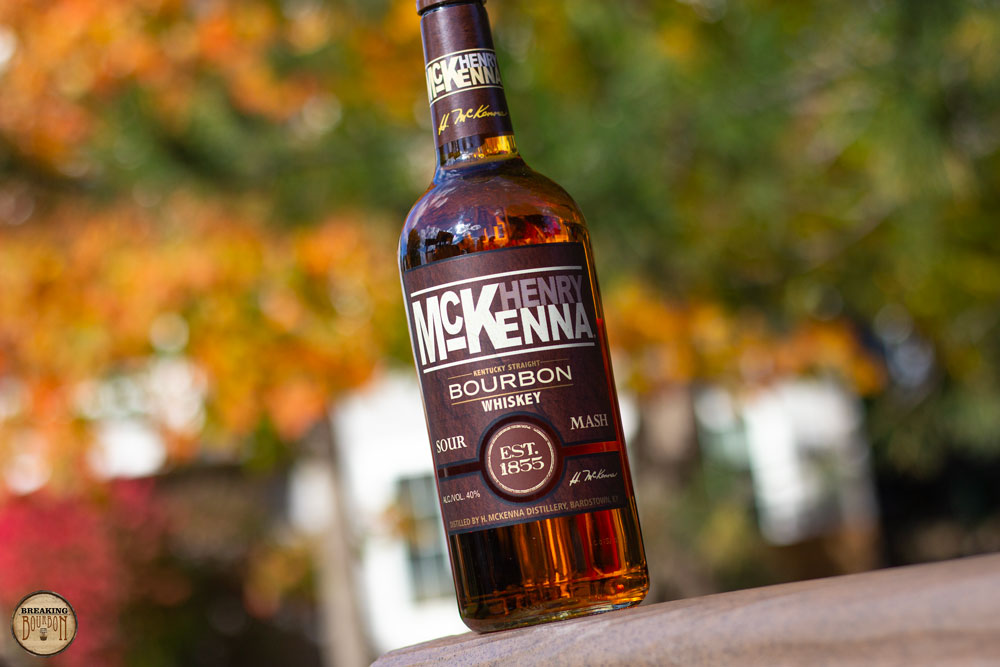 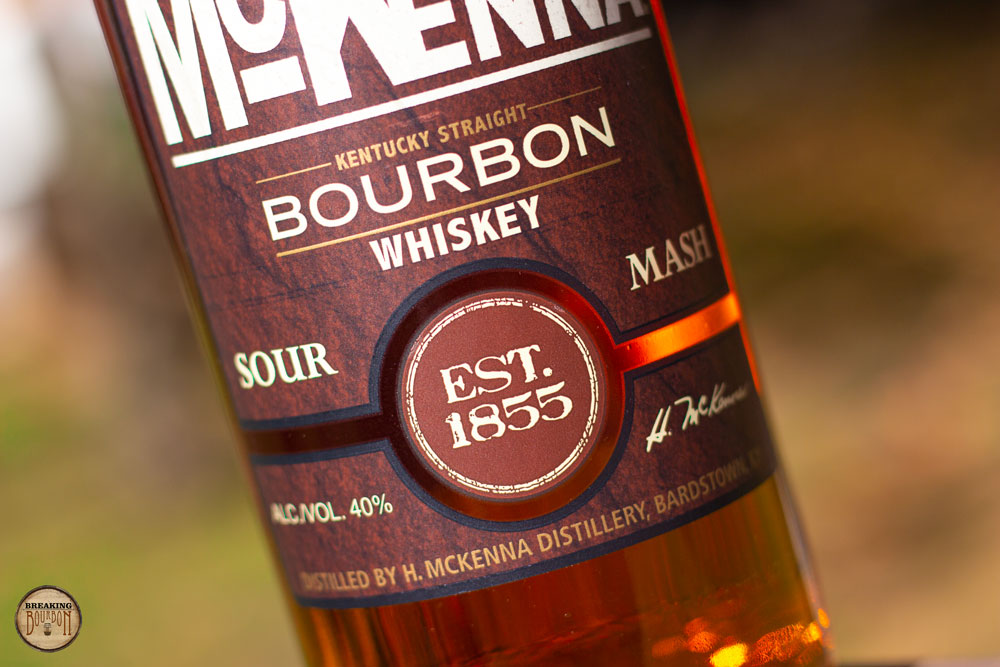 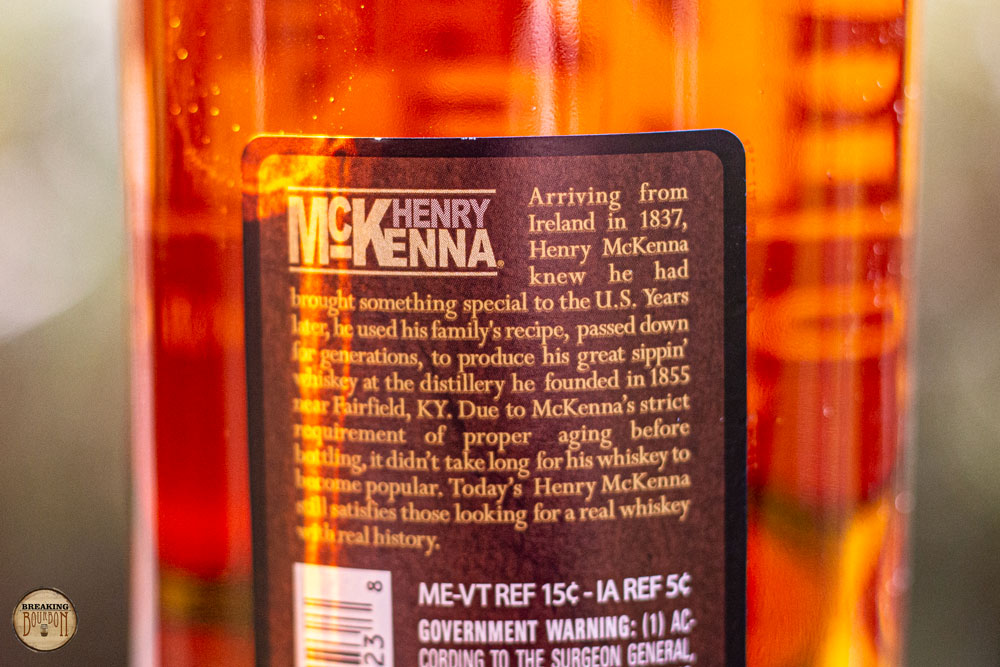