Age: NAS (Blend of 5 ages of bourbon ranging from 5-9 years according to company press release)

According to the company press release, Five Brothers is a small batch blend of five ages of bourbon, intended to pay homage to the courage, dedication, and solidarity of the five Shapira brothers who started it all. In 1935, the five brothers paid $17,500 to start the distillery, and on December 13, filled their first barrel.

Five Brothers Bourbon is made from Heaven Hill’s traditional bourbon mashbill aged from five to nine years old to represent each founding brother. It's bottled at 90 proof to reflect the initial proofs of Heaven Hill releases in the early stages of the distillery. This bourbon will be offered at the Heaven Hill Bourbon Experience and select Kentucky retailers.

The face label features a black and white photo of the five Shapira Brothers when they were in their 20’s and early 30’s: David, Ed, Gary, George, and Mose. The packaging is also meant to showcase complimentary nods to the 1930’s with vintage paper face and back labels, with an Americana color scheme, and a classic navy and gold tax strip to seal the cork.

Sweet aromas of brown sugar and caramel emanate from the glass along with a touch of maple sugar candy. Oak and light tobacco weave in, but their presence is incredibly subtle. The overall intensity is light to moderate, exactly as would be expected based on the proof. Serviceable and enjoyable, it's a pleasant but not otherwise memorable way to start the sip.

The bourbon hits its forte in the palate, delivering a bouquet of sweet yet quintessential bourbon flavors. Caramel chews, brown sugar, honey, maple syrup, and sweet vanilla land with ample magnitude on the front of the tongue. Lacking any noticeably spice component, a touch of savory seasoned oak mingles in, but it’s very light. The intensity on the palate is just right and well-executed.

The sweet flavors from the palate roll into the finish, with caramel and brown sugar most noticeable. A quick drop off in intensity leaves a lingering sweet note that’s pleasant and appealing. Overall it’s a very approachable flavor profile, and will please anyone looking for a sweeter bourbon.

The “coming together” of five different bourbon ages representative of the five Shapiro brothers is good storytelling - it’s genuine and provides background on what’s inside the bottle. With that being said, the bourbon does come together very well, so well in fact that the range of ages is not evident in the flavor profile other than the fact that it’s well blended. The bourbon’s more traditional and quintessential flavor profile is similar to Heaven Hill’s own Elijah Craig Small Batch Bourbon, albeit with a bit less oak and arguably more carefully blended, ultimately offering just a bit less distinctive character. Maybe a closer comparable is Evan Williams Bottled in Bond, a 4 year old 100 proof bourbon that’s also very sweet, but admittedly not quite as well constructed. Among these comparisons, Five Brothers finds its own unique yet subtle attributes, with a focus on sweet flavors and overall drinkability.

Sometimes bourbon’s are about what’s inside the bottle, and other times they represent something more. Five Brothers is about the experience, storytelling, and exclusivity (being available at the distillery and select Kentucky retailers), though what's in the bottle is good too. By comparison, it's younger than Elijah Craig Small Batch, and on par with its overall drinkability, but double the price. Compared to Evan Williams Bottled in Bond, which is only $15, really demonstrates how this product is being positioned as premium in Heaven Hill’s portfolio. Taking one step towards premium pricing, but not quite to the same extent, is Heaven Hill 7 Year Bottled in Bond, which was reintroduced to the market in 2019 at $40. Five Brother's Bourbon pricing is more in line with Pikesville Rye’s price point (that also comes in the same bottle coincidentally), which is a 6 year old rye offered by Heaven Hill at the same $60. With that being said, in today’s landscape, Five Brothers Bourbon’s price tag is expected - a premium price for an exclusive product with good storytelling - but the fact remains you can find better bourbons for less.

Intended to give backstory to the brand’s founders, Five Brothers Bourbon gives a nod towards Heaven Hill’s roots. Utilizing five different ages is interesting, but doesn’t come through in the flavor profile in any way other than to presumably provide balance. Positioned at a premium price point, I see Five Brothers Bourbon as a purchase for those who want to feel a connection to Heaven Hill Distillery or enjoy seeking out Kentucky-only releases. Consumers will be rewarded with a sweet, approachable bourbon, and in many ways that’s exactly what a release like this one should be.

Buy Five Brothers Bourbon at Frootbat
‍The sample used for this review was provided to us at no cost courtesy its respective company. We thank them for allowing us to review it with no strings attached.
360 video 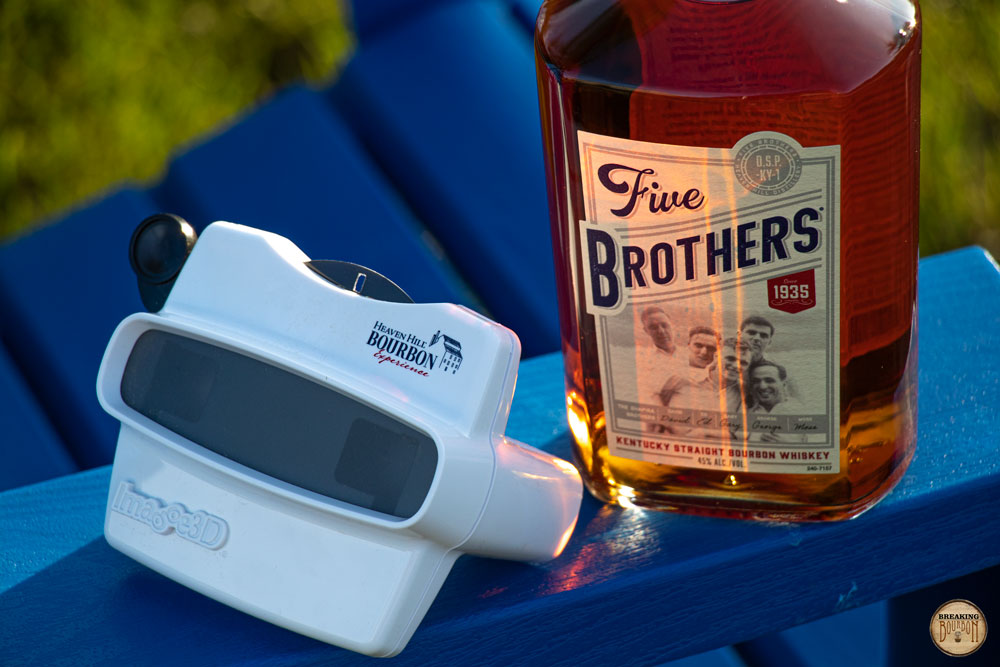 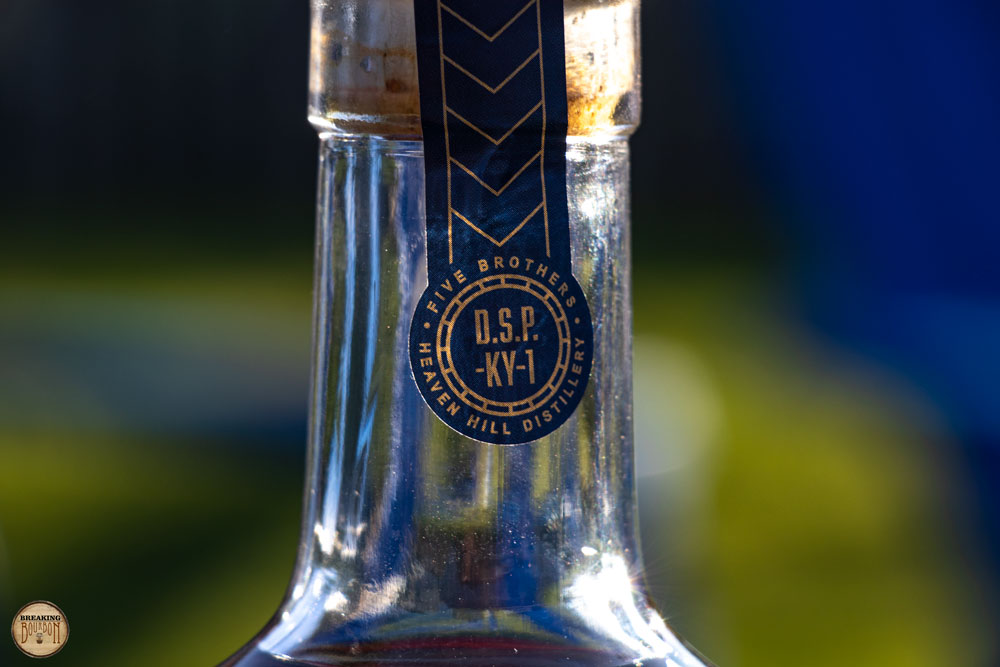 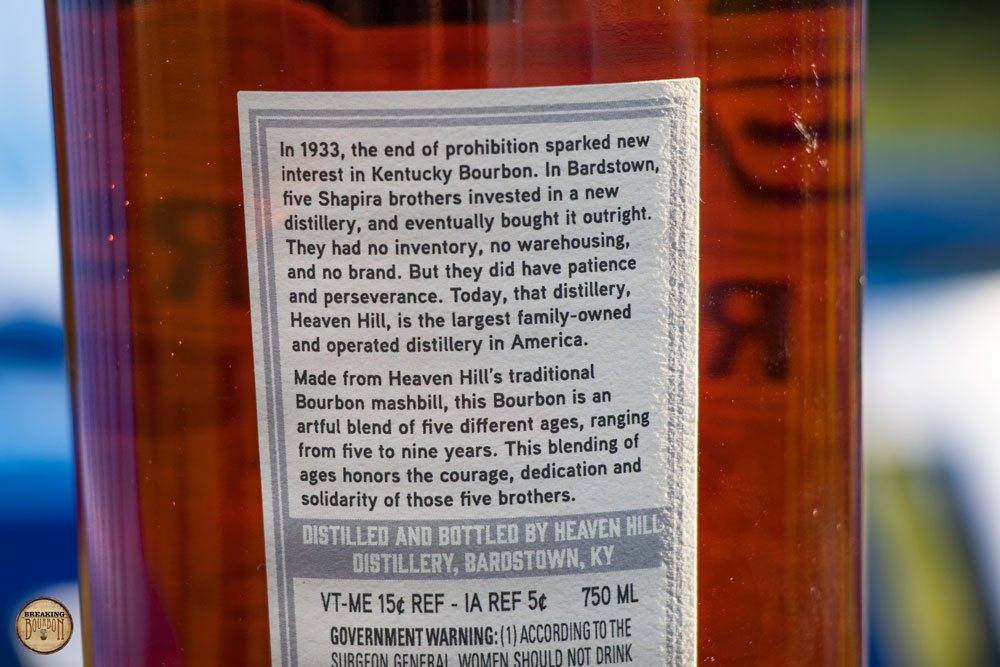