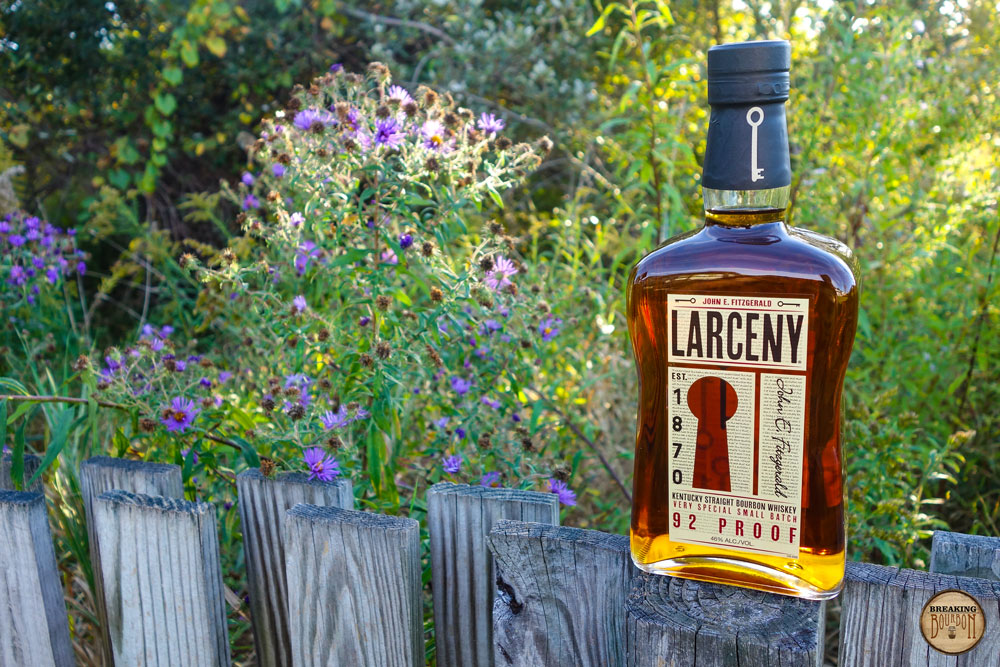 Heaven Hill acquired the Old Fitzgerald Brand in 1999. At the time, the brand had been released in low cost 100 proof Bottled-in-Bond and 80 proof forms with dated packaging. In September 2012, Heaven Hill introduced Larceny to the market as “heir to the wheated bourbons that make up the historic Old Fitzgerald franchise.” More recently, in 2018 the company introduced a premium bi-annual limited edition Old Fitzgerald Bottled-in-Bond. While the exact mashbill is not disclosed, Heaven Hill notes Larceny contains “One third more wheat than other competitors.” Notably, the name “Larceny” and key pictured on the bottle is derived from the story of John Fitzgerald, who was believed to be a Treasury agent who “used his keys to the warehouses to pilfer bourbon from the finest barrels,” which were referred to as “Fitzgerald barrels.”

Soft with an array of summer fruits: orange, apricot, and peach combined with a sweet sugarcane note. Light cinnamon also comes into play. The scents are inviting but not rich in delivery.

A delicate cinnamon spice pops at first, with baking spices and nutmeg in tow. Honey sweetness contrasts the spice notes. The mouthfeel is on the thinner side, but not so much it detracts from the experience. Despite the presence of some spice notes, the sip is quite tame, approachable, and enjoyable overall.

Cinnamon and honey carry over into the finish, and are joined by a sweet maple sugar note. Warming and medium in length, it caps the sip off nicely, maintaining the overall balance presented by this bourbon.

While the numbers are growing, bourbons with wheat as the secondary grain are still in the minority. The most popular and large production (relatively speaking) mainstays are Maker’s Mark and W.L. Weller. There are, and have been, limited release bourbons that utilize wheat as the secondary grain as well, with the Old Rip Van Winkle lineup which includes Pappy Van Winkle bourbons being the most popular. Heaven Hill also recently introduced a premium semi-annual Old Fitzgerald Bottled-in-Bond bourbon, which retails north of $100. I’m leaving off a few for sure, but the most prevalent growth in the wheated bourbon category is from craft distilleries, of which they have seen only limited distribution.

It’s been argued that few can actually decipher whether a bourbon contains wheat as the secondary grain as opposed to the much more widely utilized rye when tasted blind. In fact, it’s not uncommon to pull out the lighter sweeter notes from those rye-based bourbons since corn, the main ingredient in every bourbon’s mashbill by law, offers up a good deal of sweet notes on its own.

Narrowly focusing on the mashbill, Larceny’s most direct “wheated” competition is Maker’s Mark, considering the W.L. Weller line is no longer a readily available brand. Both Maker’s and Larceny come in around the same proof (Larceny notably two proof points higher), and around the same price. Both are marketed to the masses, come in attractive packaging (though Maker’s red wax is hard to beat), and a variety of bottle sizes. By comparison, Larceny offers a more balanced experience than Maker’s in my opinion, trading a bit of character for more widespread appeal. While you will find more polarizing opinions about Maker’s Mark, I think you’d be hard-pressed to find many who actually dislike Larceny, which, all things considered, must have been what Heaven Hill was aiming for.

To further support this theory, I tasted Larceny against some dated bottles of Old Fitzgerald 80 proof and 100 proof Bottled-in-Bond, and found Larceny to be the more balanced of the bunch.

Comparing Larceny to only wheated bourbons is only a small part of the story, as it truly competes more with bourbons of a similar price than with other same grain competitors. This is especially true since the majority of consumers would not necessarily recognize, or care about, the distinction in the mashbill, simply seeing it as a means to an end and nothing more.

Larceny was first announced with an average suggested price of $25 per 750 back in 2012. It’s stayed in that range from what I’ve observed, and you’ll see it float from the low $20’s up to about $30. This is generally higher than the Old Fitzgerald predecessor(s), but still a value play in today’s marketplace. While Larceny doesn’t offer a flavor profile that will wow anyone, I would argue it doesn’t turn off many either. Many competitors in the same price range are arguably more polarizing, offering more obvious character in contrast with Larceny’s balance and likeability. To that end, Larceny is an easy bourbon to recommend to anyone seeking a bourbon that errs on the sweeter side.

Larceny is an available, approachable, crowd-pleasing bourbon offered at a good price point.

It’s hard to believe Larceny was released almost seven years ago, as it seems like just yesterday when it came out. At the time, wheated bourbons like W.L. Weller and even Pappy Van Winkle were much easier, or less costly, to obtain than they are today. Since then, companies have dropped age statements in favor of flexibility, updated labels, and introduced successors and new brands aimed at the evolving bourbon consumer. Heaven Hill’s own Elijah Craig brand is one in particular that stands out, with the Small Batch version losing its 12 year age statement and remaining very close in price and proof to Larceny - the major difference being it contains rye within the mashbill versus Larceny’s wheat.

As Larceny remains essentially the same product it was when it was first released, it’s stood this short test of time and continues to be a bourbon I look upon favorably for what it offers. Since it has been around for a while, my thinking would be most seasoned bourbon drinkers have already formed an opinion on the brand. However, if it’s a bottle you’ve avoided or just haven’t had in a while, or if you’re just getting into bourbon, it’s worth exploring due to its price and likability.

Buy Larceny Bourbon at Frootbat
‍The sample used for this review was provided to us at no cost courtesy its respective company. We thank them for allowing us to review it with no strings attached.
360 video 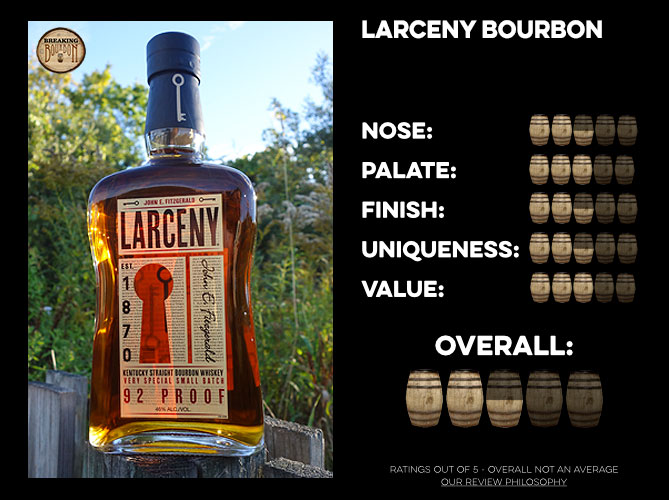 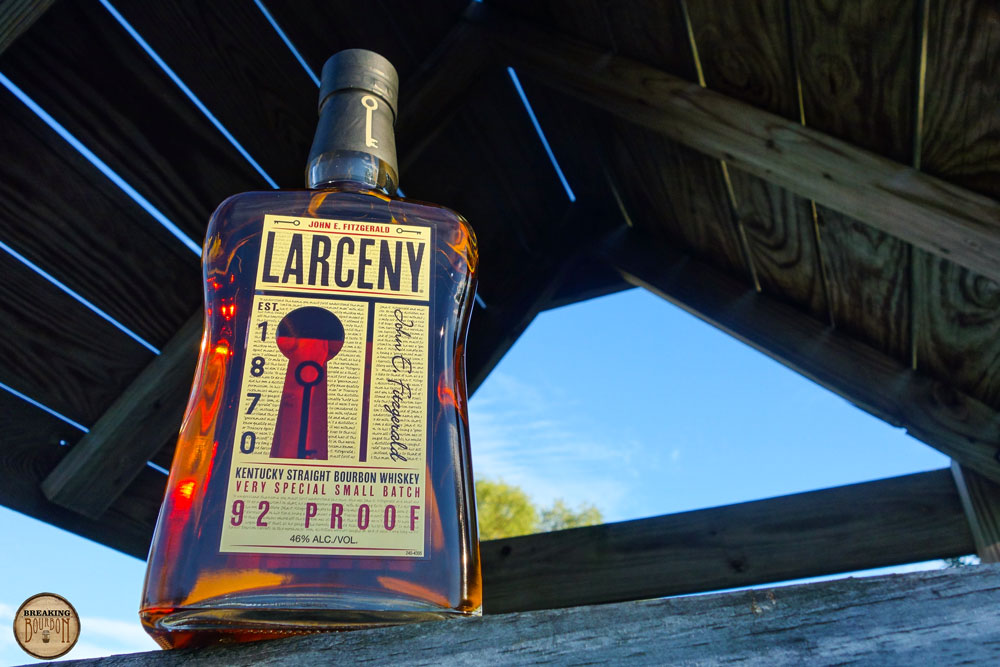 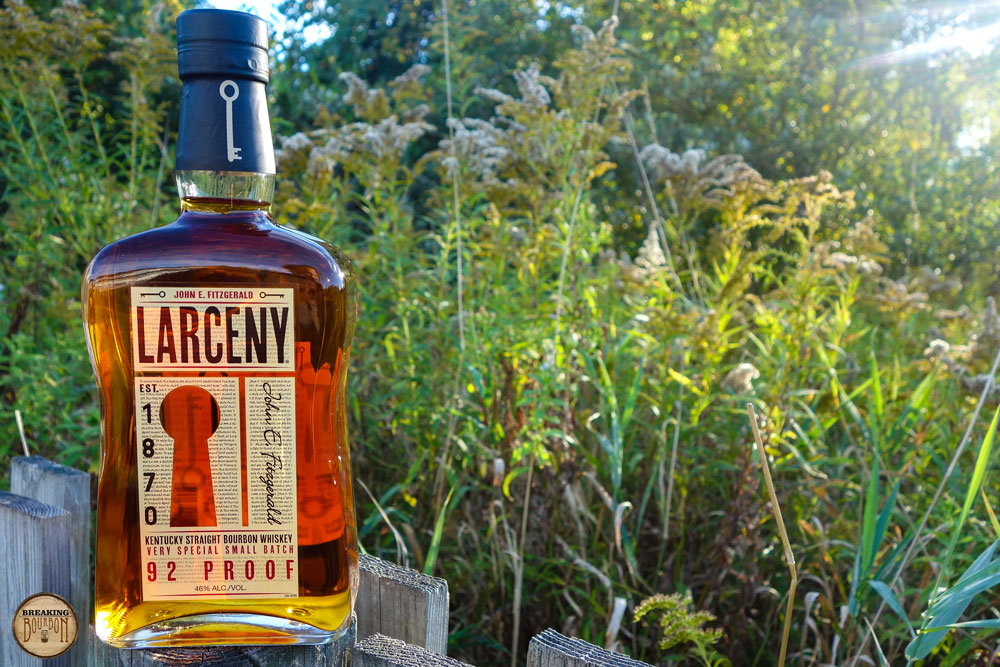 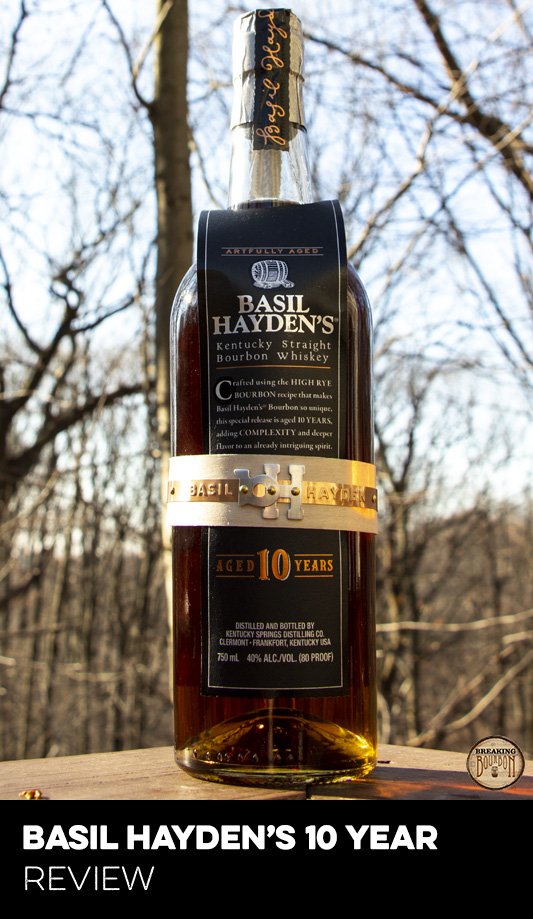 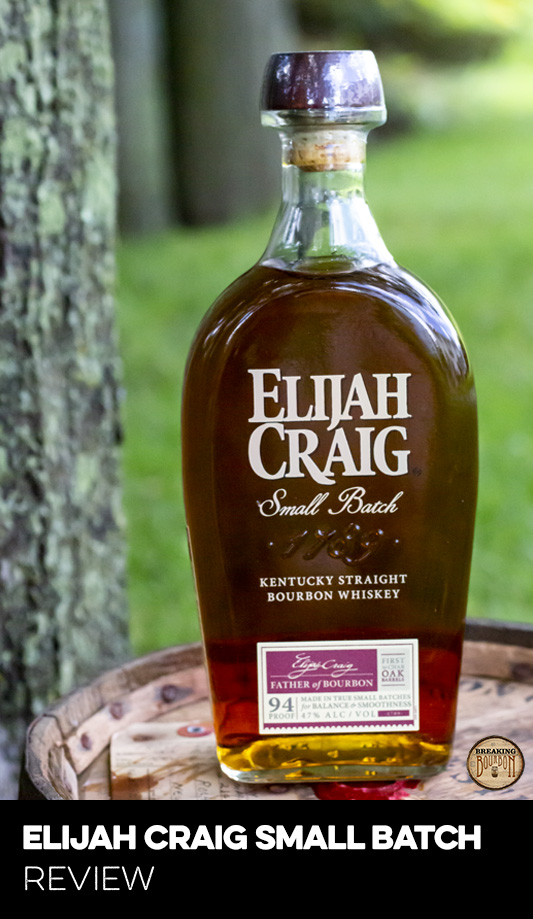