Four Roses Bourbon is the company’s entry level bourbon, and is made by blending all ten of their unique bourbon recipes consisting of two different mashbills and five different yeast strains. Formerly referred to as Four Roses “Yellow Label” Bourbon because the label had yellow coloration, Four Roses updated the bottle design changing it to a more beige color scheme in the late 2010s. The signature of Four Roses’ current master distiller, Brent Elliot, is featured prominently on the front label.

The nose has a gentle composition highlighted by floral and light fruit notes. Dried apricot, light peach, citrus blossom, and lavender are most prominent. There is a touch of light spice that’s also present, along with just a hint of fresh oak. Light and well constructed, the overall aroma does a good job setting up the sip to follow.

Spice amplifies at the onset, but stays within expectations for an 80 proof bourbon. Floral flavors create a general base, while apricot and peach pull through against a faint oaky caramel note. The mouthfeel is adequate, and spice increases on the backend. Straightforward and nicely composed, the palate’s light, fruity-floral flavors ultimately define it.

Spice settles in and mellows as the finish progresses, allowing the fruit and floral flavors to continue as the highlight of the sip, though they fade against light brown sugar and the persistent yet mellowing spice. While the finish offers a low level of intensity and makes little effort to leave a lasting impression, it’s an adequate cap on the sip and surprisingly lasts longer than expected.

To create Four Roses Bourbon, all ten of the recipes are normally blended together. However there are occasions when not all ten recipes are used. The Q yeast strain is described as having an essence of floral aromas, of which there are two Q recipes, OESQ and OBSQ (one corresponding to each mashbill), which are considered “flavoring recipes.” These recipes make up a small portion of Four Roses’ overall production and consequently a small portion of their standard Four Roses Bourbon blend, typically ranging from 1.5-3.5%. When supplies are short and the desired flavor profile has already been achieved, Four Roses may forgo one or both of these additional flavoring recipes in the blend. As a result the particular blend of bourbon will include as few as eight, but as many as all 10 of the Four Roses recipes depending on the batch. Notably, the bottle never discloses how many recipes were used for the particular blend being bottled.

While it might seem like the inclusion of up to 10 different component bourbons would create a blend that’s highly complex or even disjointed, the opposite holds true for this product. Four Roses Bourbon is laser-focused on being finely tuned as opposed to overtly impressive. The inclusion of 10 different components is intended to drive consistency, as creating bourbon is both an art and a science with no two barrels ever tasting exactly alike.

The result is a bourbon that has a level of intensity you would expect for 80 proof, with somewhat muted flavors and with what certainly seems like less than it has the potential for. But also one that uniquely accents fruit and floral notes as opposed to the more common caramel and vanilla. This is a change from a lot of 80ish proof bourbons from major Kentucky distilleries, including Evan Williams “Black Label” Bourbon, Jim Beam “White Label” Bourbon, Wild Turkey Bourbon, and Old Grand-Dad Bourbon, to name a few.

Four Roses Bourbon is intended to provide value to consumers, and that value is even more pronounced today than it was even just a few years ago. Aged for five years and then meticulously created from a blend of up to 10 component bourbons, makes the bourbon’s value even more notable. It’s in line with other value-focused bourbons from major Kentucky distilleries such as Wild Turkey Bourbon and Old Grand-Dad Bourbon, and changes up the flavor profile enough to provide something that’s attractive to someone seeking a more fruit and floral forward pour. It’s also in line within its own lineup, with Four Roses Small Batch coming in at around $33, Four Roses Single Barrel around $50, and Four Roses Small Batch Select around $55 - each stepping up the proof and neat-sipping quality accordingly. Put simply, $20 for such a carefully curated 5-year-old Kentucky bourbon is a really good deal in today’s marketplace.

The entry-level bourbon in the company’s lineup, laser-focus on being approachable and finely tuned as opposed to overtly impressive, defines what it means to be a Four Roses Bourbon.

Four Roses Bourbon is a masterpiece in blending, but ultimately a very ho-hum bourbon in the end. That is exactly what it’s supposed to be. It’s an approachable bourbon, but lacks excitement offered by the higher proofed (and priced) bourbons in the company’s lineup, as would be expected. It’s a common bourbon to find at bars and events, and one that can be sipped neat, on the rocks, or used in a cocktail. While it probably won’t impress you in any of those formats, it won’t offend you either. With so many new bourbons in the marketplace, it’s refreshing to revisit this carefully curated blend from time to time. In fact, after not having it for years, I was surprised at the long term consistency maintained by both its flavor profile and price. At $20, it’s a bourbon that deserves its place amongst other low proof bargain-focused bourbons from Kentucky majors, and serves the purpose Four Roses is ultimately striving for.

Buy Four Roses Bourbon at Frootbat
‍The sample used for this review was provided to us at no cost courtesy its respective company. We thank them for allowing us to review it with no strings attached.
360 video 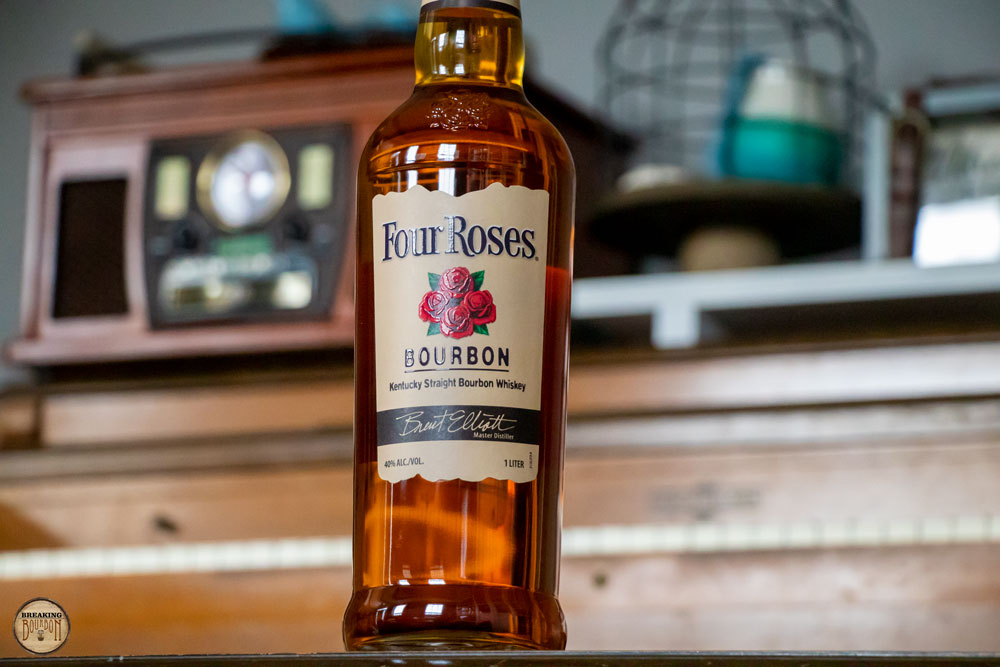 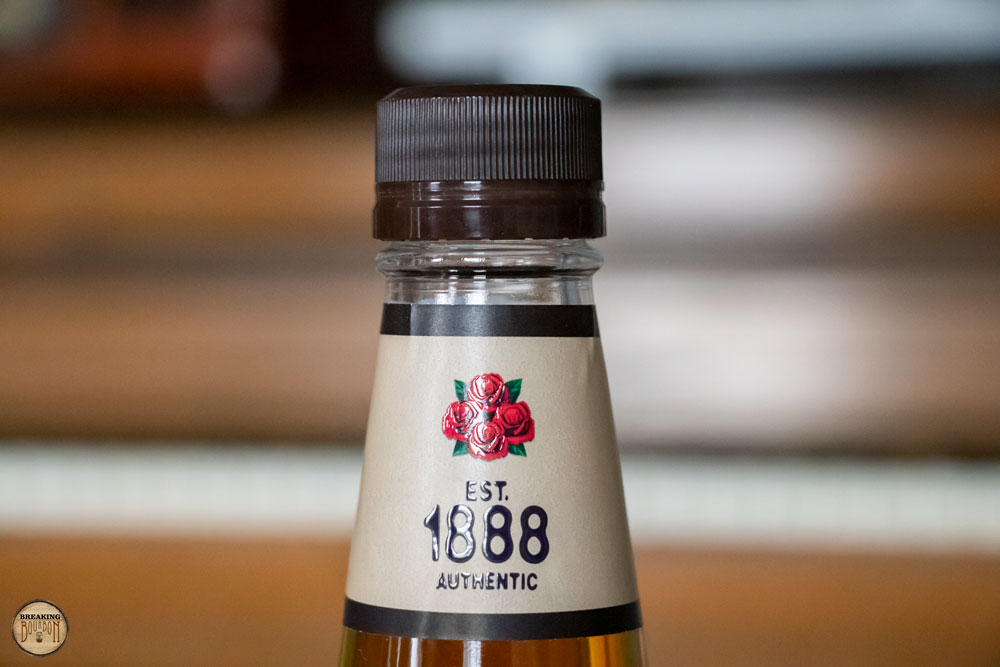 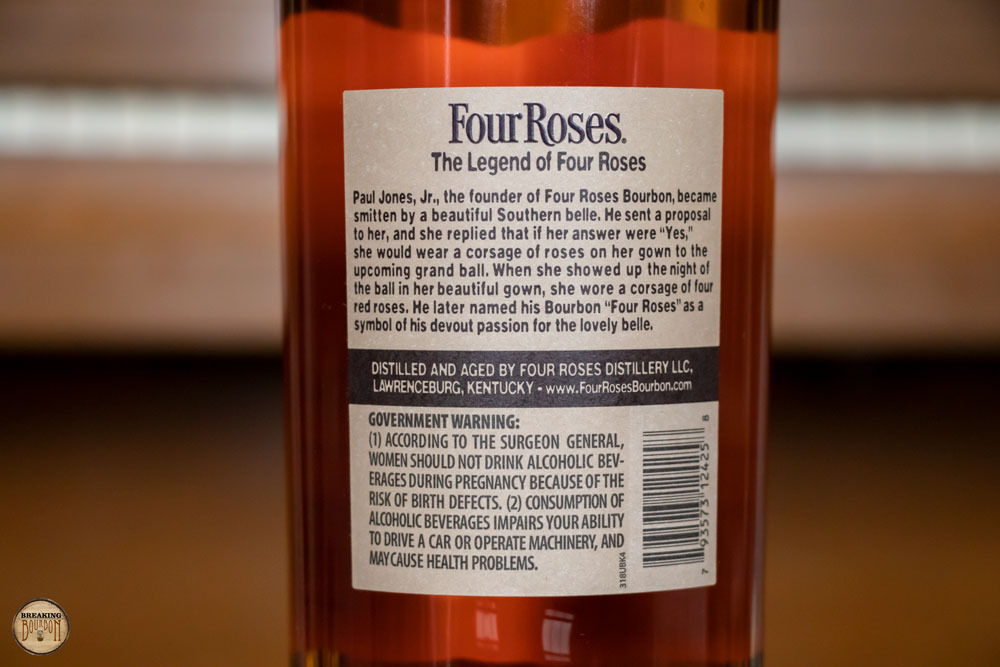 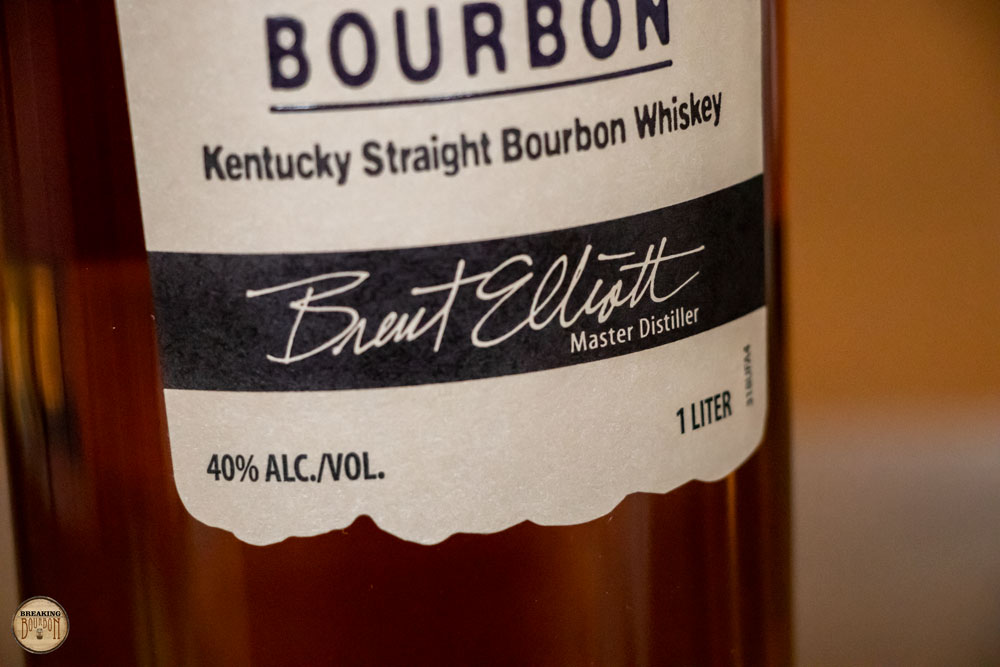