A light array of flavors greets you as you bring the glass to your nose. Light oak and vanilla are prominent, with a slight hint of peanuts and bananas foster in the background when you inhale a little deeper. The 80 proof is evident here as all of the scents, while fine, are more mellow than you’d like them to be.

The lightness in the nose carries over to the palate. It’s extremely thin with a slight sweet hint of oak and vanilla gingerly making an appearance. If you press really hard, you get a slight bit of white peppercorn heat, but the whiskey makes you work for it. The combination isn’t bad, more so it’s just forgettable. I’d be hard-pressed to guess that this is a rye, let alone an aged rye had I not poured the whiskey into the glass myself.

A very subtle pop of rye spice starts off the finish along with sweet vanilla and light oak. The spice and oak linger for a short bit which thankfully helps to make up for the lack of overall depth found in the finish. On the very tail end there is a small hint of peanut as the flavors fade away. It’s a forgettable way to end the sip, which at this point doesn’t come as much of a surprise.

Beam isn’t best known for their rye whiskey capabilities. Sure they’ve had their hits like the one-off phenomenal Booker’s Rye, but for the most part they stay relatively quiet on this front. The only two ongoing ryes the company makes are Jim Beam Rye and Knob Creek Rye, with  neither leaving you with a very memorable experience.

Age stated ryes aren’t as common as their bourbon counterparts, and that holds especially true for double digit age statements. The last time Beam put an age statement on a rye was for its Booker’s Rye which was 13 years old. For that release, the extra time in the barrel and the high proof paid off in spades. Instead of following in its big brother’s steps, Basil Hayden’s Rye 10 Year seems to have run off in the opposite direction.

Other aged ryes on the market such as Pinhook’s Rye Series,  Pikesville Rye 6 Year, Russell Reserve 6 Year Rye, and Michter’s 10 Year Rye, all have one thing in common - proof. Ryes tend to start to pop when you reach about 90 proof. Anything less and the spice and other flavors that the rye grain imparts tend to start to lose a lot of their boldness. Anyone can slap an age statement on a rye, but you also have to make sure that the contents inside live up to it. It’s not that this is an abhorrent abomination, instead there just isn’t anything memorable about Basil Hayden’s Rye 10 Year besides the number 10 on the outside of the bottle.

Not only is this the oldest rye to date released under the Basil Hayden’s name, it is also the most expensive release up to this point too. The official MSRP is a head scratching $70. While aged ryes are not very common, they’re not necessarily unicorns either. Additionally, they’re usually higher proofed vs. the 80 proof that this rye is. No matter how you cut it, for the sip Basil Hayden’s Rye 10 Year delivers, it's incredibly overpriced.

It may carry a double-digit age statement, but what it seems to be lacking is any soul. Its bland flavor, due in large part to its low proof, just zaps any pizzazz that Basil Hayden’s Rye 10 Year may have had. And that’s really the main issue that has happened with a lot of the Basil Hayden’s releases in recent years. The low 80 proof robs the brand of its potential. I understand that they want to target consumers who are seeking out a lower proof poor in a high- end looking bottle, however if the whiskey inside tastes bland, what’s the point?

One day the Basil Hayden’s may find a way to make their core bourbon and rye whiskeys stand out without having to blend them with other spirits. For now, Basil Hayden’s Rye 10 Year carries on with the slightly lackluster family badge that its siblings before have worn.

Buy Basil Hayden’s Rye 10 Year at Frootbat
‍The sample used for this review was provided to us at no cost courtesy its respective company. We thank them for allowing us to review it with no strings attached.
360 video 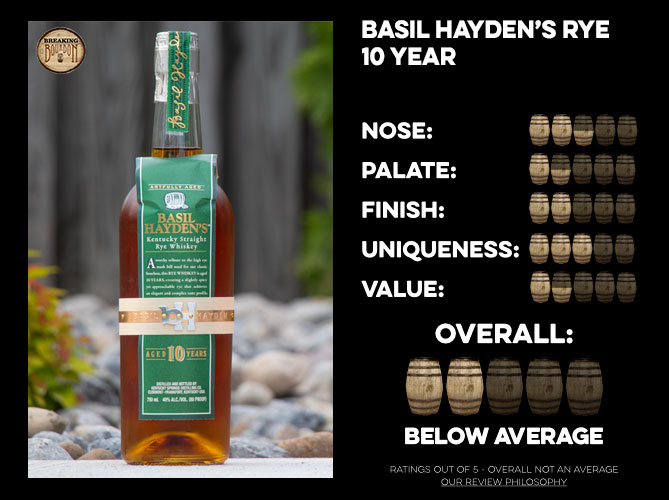 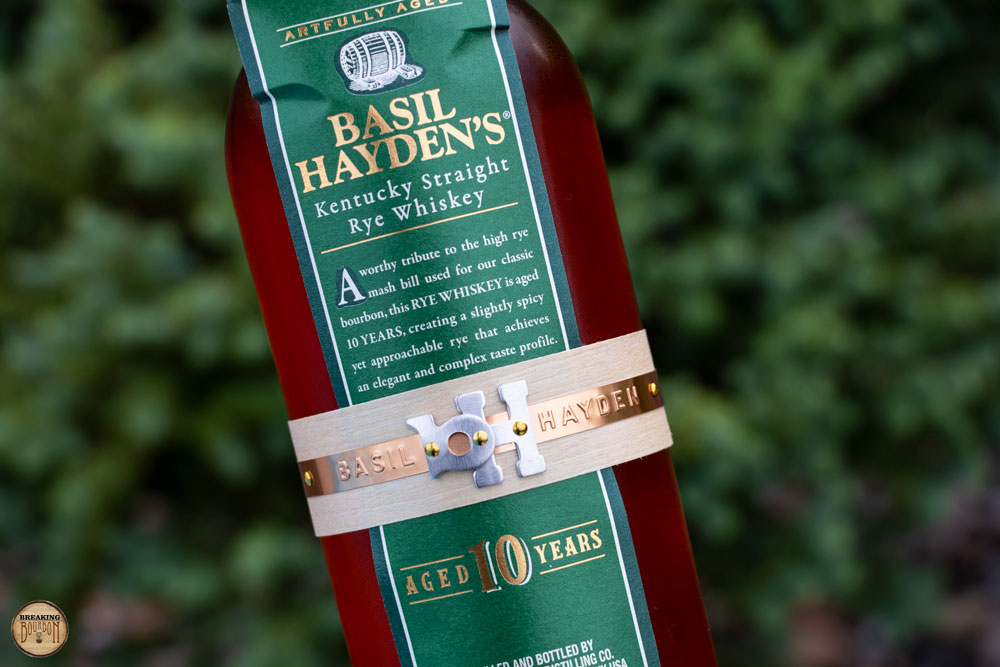 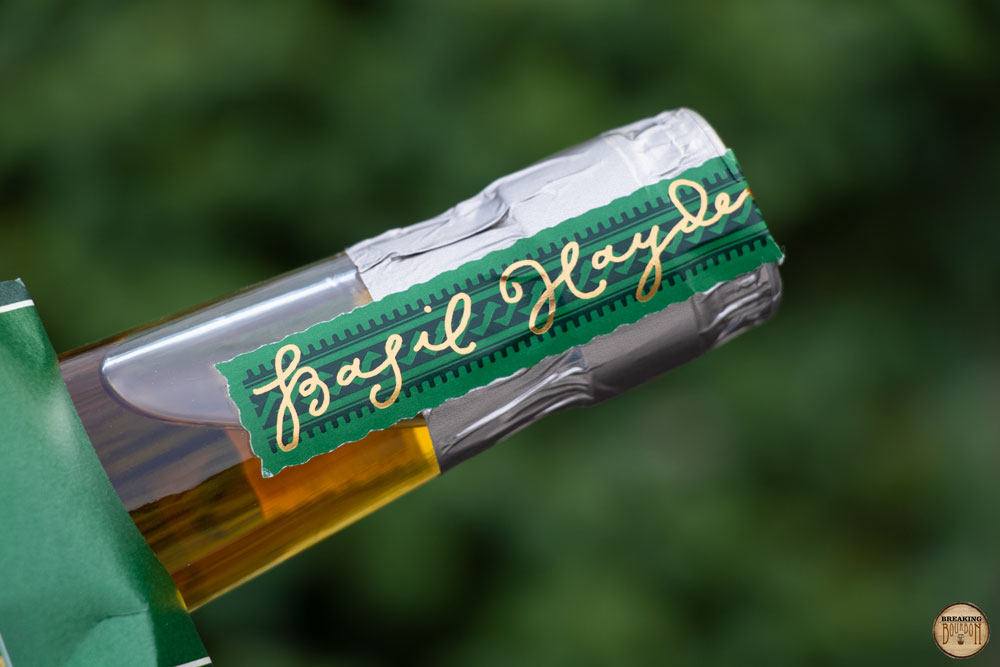 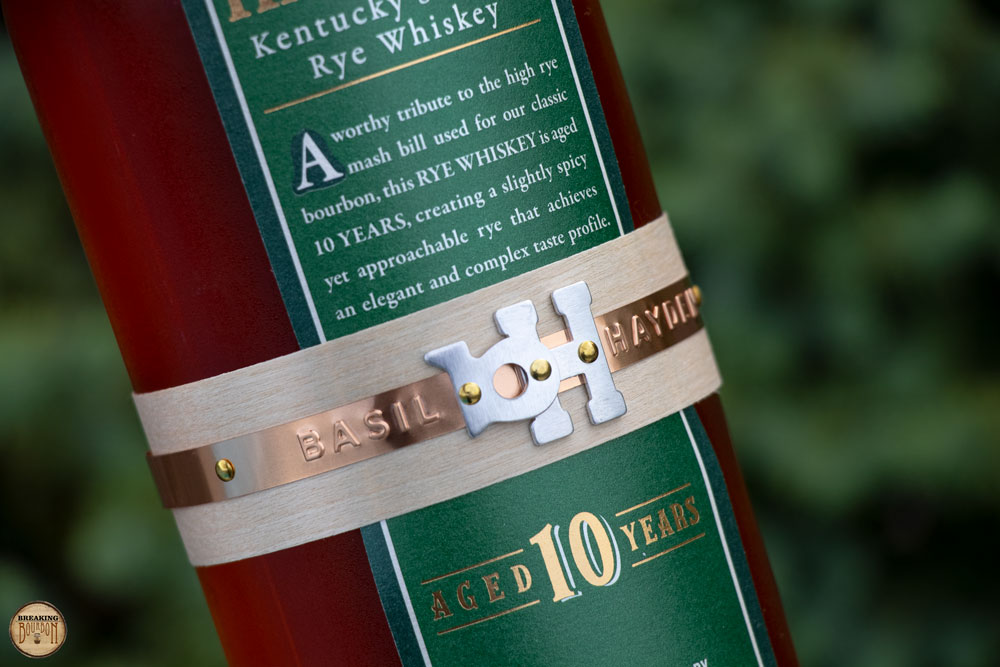 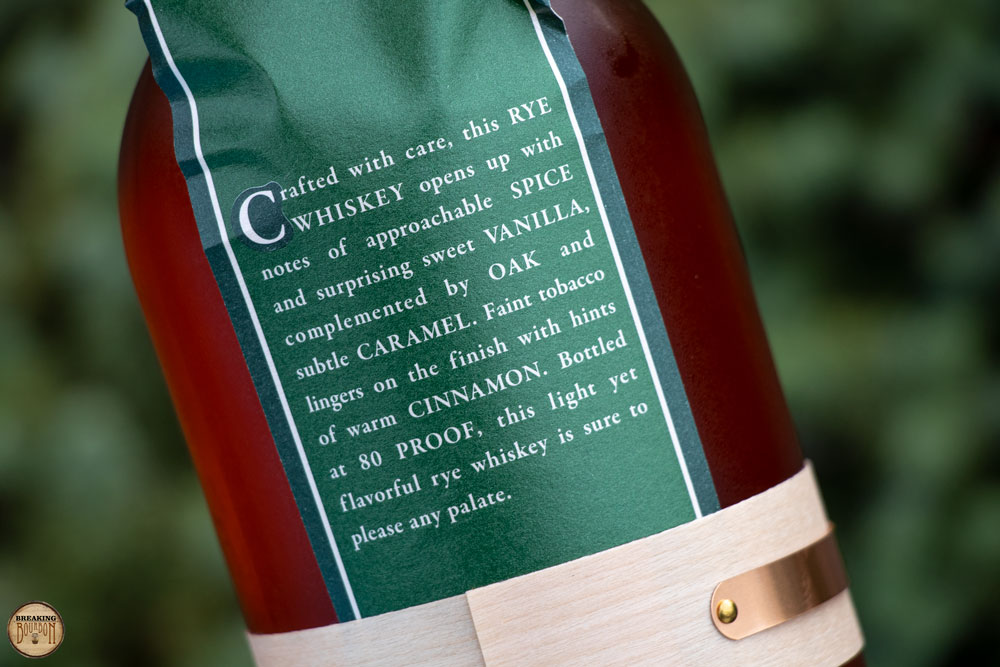