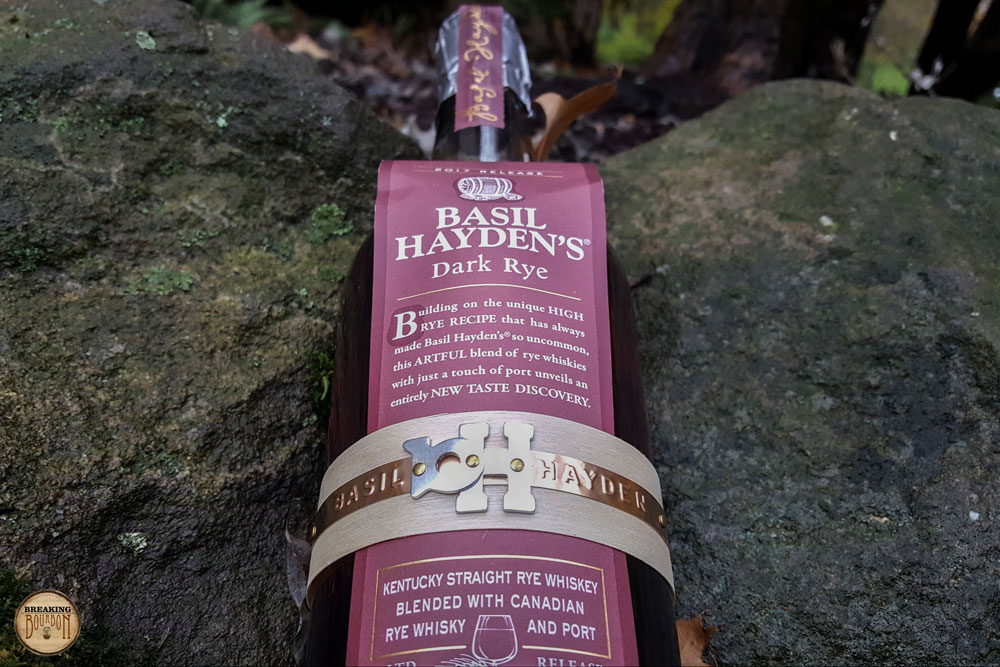 Fresh oak and dark berries dance in the forefront. Beneath are fresh baked fruit turnover, rye spice, and a hint of green apple. While the scents aren’t the rye notes I was expecting, they’re quite inviting and and set the tone for just how different this blended rye is going to be.

There’s a clear influence from the port on the palate. It’s sweet, consisting of a big bowl of berries and plums with a hint of vanilla dominating the sip. It’s far from dry, with the best way of describing this palate as juicy. The rye is drowned out as the port influence clearly dominates. That said, this is dangerously easy to sip due to its sweet flavor profile and low proof.

If you love classic rye finishes, you’ve come to the wrong place, as the port continues to impact here too. The dark berries found in the palate linger, and carry through the entire finish. Adding to them is a nuttiness that is combined with white pepper and oak. There’s a very light hint of rye spice, but it’s easily overpowered by the other flavors. Unfortunately, the funky nutty taste lingers long after the other other flavors and overstays its welcome. Frankly the finish is a letdown compared to the nose and palate.

It’s becoming more and more common to see flavored “whiskey liqueurs” that are under 80 proof points. Wild Turkey and Evan Williams are good examples of this, having released various honey, cinnamon, and other infused whiskeys. What’s not common is the practice of major U.S. whiskey distillers directly adding other alcohol types, like wine, to their mix of 80 proof plus spirits. This practice could be construed as a distillery taking the easy route when it comes to flavoring, or worse, trying to hide a flawed product with a stronger flavoring agent.

As one of the largest and longest established distilleries, it’s ironic that Beam embraces the direct addition of port, as opposed to finishing the rye in wine barrels. I might expect this from an upstart distillery working with a minimal budget and trying to be unique, but not necessarily a large and established one. Past products including Jim Beam Signature Craft Rare Spanish Brandy which has Spanish brandy added to the mix and Alberta Rye Whiskey Dark Batch. The latter is made up of a mix of 100% Canadian rye, Old Grand Dad, and Spanish sherry (91% rye whiskey, 8% bourbon, and 1% sherry). These products share similar traits as Basil Hayden’s Dark Rye, in that the added spirit is extremely noticeable much more so than you might find in typical barrel finished products.

In the end, just because Beam goes the route of adding the port directly to Basil Hayden’s Dark Rye doesn’t mean that they’re necessarily doing anything wrong. Yes it will deliver a flavor profile that won’t please everyone, but it’s also a fascinating example of how the addition of another spirit can influence a mass produced whiskey versus barrel aging or barrel finishing. While I don’t advocate for this becoming a trend anytime soon, it’s a unique way to bottle a whiskey, and one that provides a flavor profile unlike almost anything else currently on the market.

It’s hard to judge the value of a whiskey when it has so few similar competitors. $40 for a blended rye that has port added to it may sound like a lot, but in this case, I feel that it’s actually priced quite reasonably. In today's marketplace where anything labeled as a limited yearly release seems to be marked up beyond necessity, Jim Beam has decided to keep this reasonably priced. With Dark Rye coming in at the same MSRP as Basil Hayden’s Bourbon, it’s a great experiment by Beam to price an outside-the-box release at an everyman's price. This is the opposite route of what competitors do, such as the yearly Brown-Forman release of their limited edition Woodford Master’s Collection for $100. Even Beam does this with their own Knob Creek line when it comes to limited editions. While in the end this bourbon might not be worth paying much more than a few dollars over MSRP due to the funky finish, it’s incredibly refreshing to see the price point Jim Beam landed on this one.

Based on the fact that past Beam releases that contained spirits directly blended in, did so at a similar/lesser rate, it can be assumed that the majority of this blend is rye with a very small percentage of port blended in. With that in mind, it’s really interesting to see how much influence the addition of such a small amount of port has on this rye whiskey. The flavor profile heavily leans on the port influence throughout the entire sip.

I’d be remiss if I didn’t state that this unique tasting whiskey won’t please everyone. Some will be turned off by the fact that port is directly blended with the rye, others will bemoan the lack of traditional rye flavors, and yet others will say it was good right up until the finish. That said, I find the end result to be quite unique. It’s refreshing in today’s ever-crowded and ever-similar marketplace. In addition, I’m pleased to see that Beam decided to come in at a price point that allows everyone to give this release a try to judge for themselves.

Buy Basil Hayden's Dark Rye at Frootbat
‍The sample used for this review was provided to us at no cost courtesy its respective company. We thank them for allowing us to review it with no strings attached.
360 video 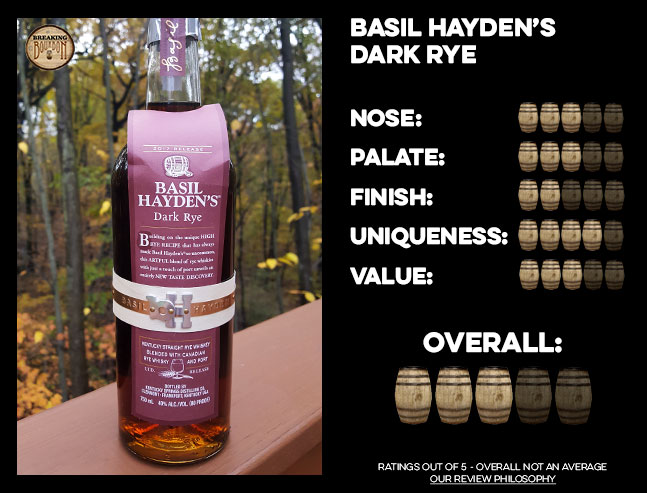 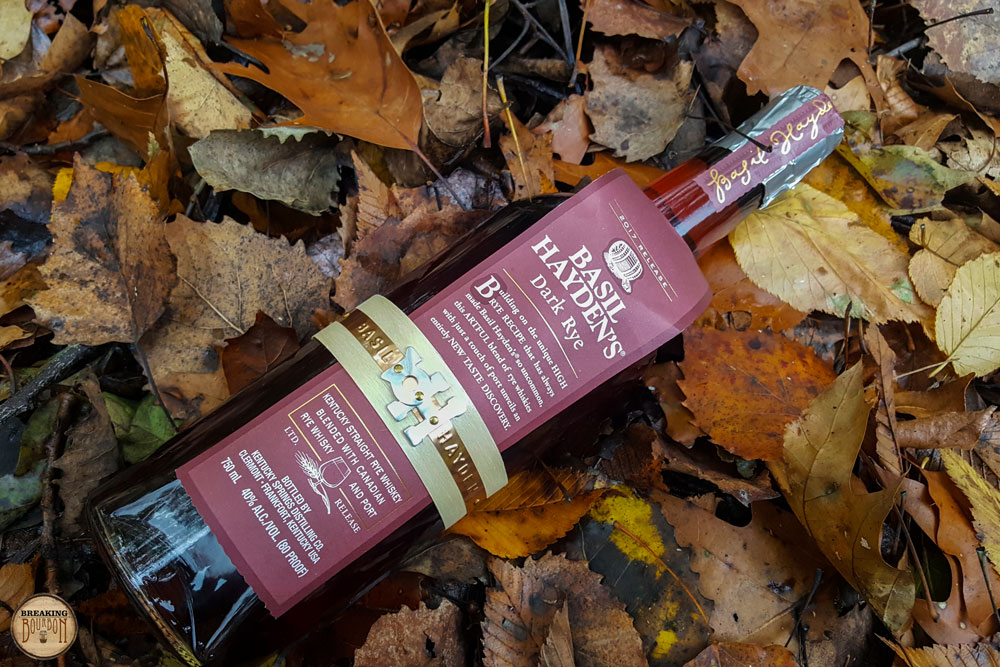 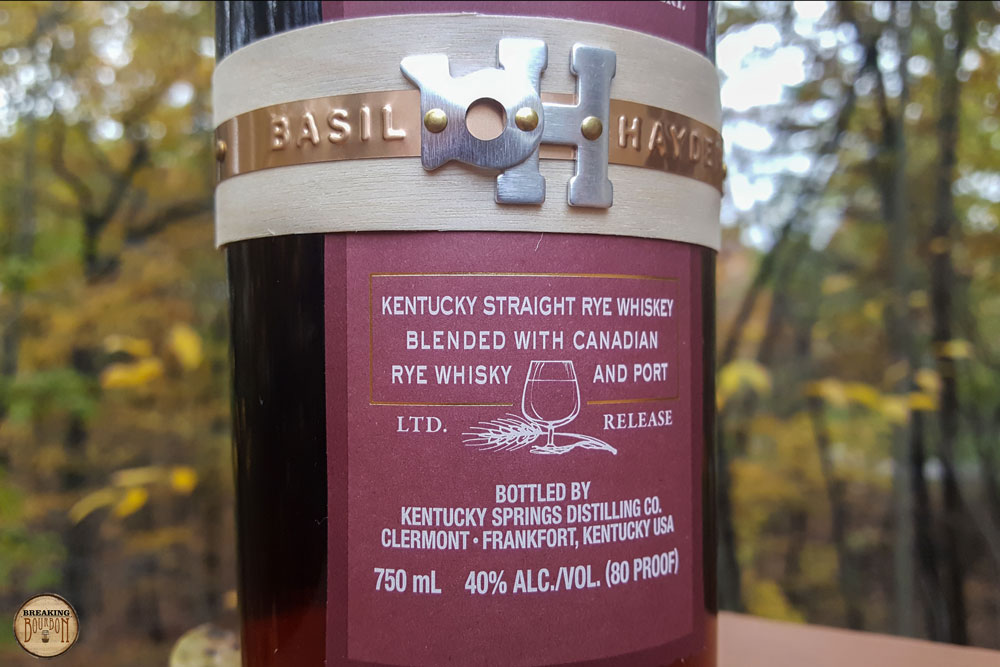 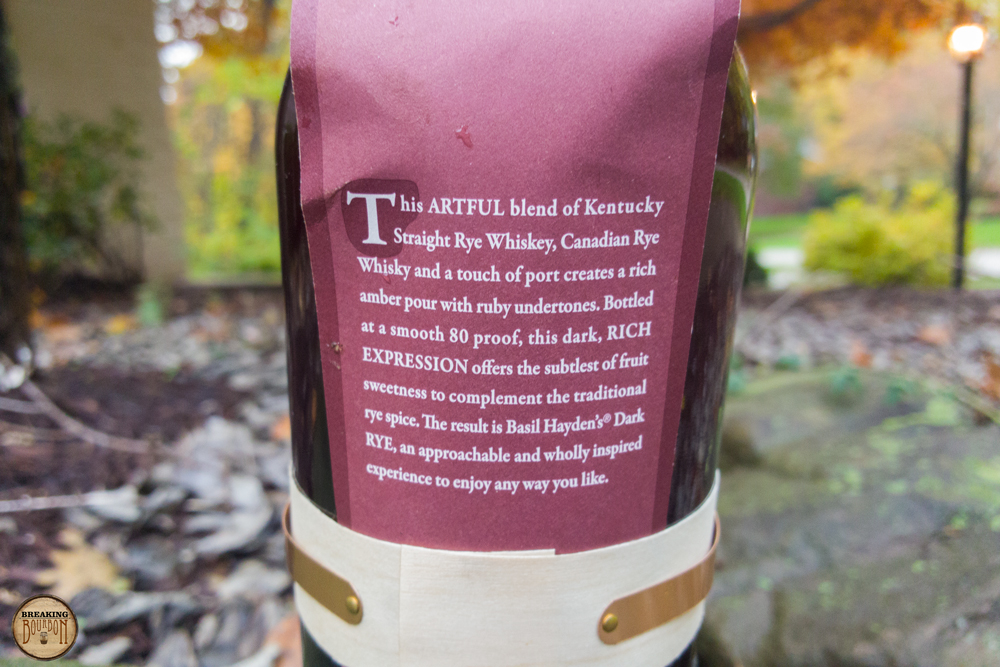