The nose opens up with lighter scents of hay, vanilla, and a hint of oak. A swirl of the glass reveals an underlying theme of sweetness predominantly in the form of pink bubble gum. Overall light in delivery, it won’t wow you, but it’s a suitable way to open up the sip.

The sweetness from the nose carries over in the form of that light bubble gum along with a sweet caramel chew with vanilla coating. This is joined with a current of subtle rye spice that is underlying the entire time. It’s a pleasant collection of flavors, however the lower proof seems to hold back what could be a bolder and more full-flavored sip.

A small flare-up of heat starts things off in the form of rye spice and green peppercorn. These are combined with a hint of leather and vanilla, along with lightly aged oak that lingers for a considerable amount of time. The burst of heat at the start of the finish brings forth the most life the sip has to offer and is a nice way to round things out.

Age doesn’t necessarily guarantee success, and in the case of Russell’s Reserve 6 Year Rye, it’s clear that it has spent some time in the wood compared to more youthful and fruity tasting ryes in the marketplace such as Rittenhouse Rye. However, what is holding this rye back from being more unique and truly a rye-lover’s rye, is the fact that it’s bottled at only 90 proof. While you don’t need a 100+ proof to be a great whiskey, in this case it’s clear that the lower proof seems to result in a lack of depth, and holds back the rye from standing out in the crowd.

Russell’s Reserve 6 Year Rye’s price doesn’t do it any justice. While it comes in a nice looking bottle with a prominent age statement, it’s facing fierce competition in the rye category. Not only are their better tasting age-stated ryes available, such as the formerly mentioned Pikesville 6 Year Rye, Wild Turkey itself even competes with their own lineups. Wild Turkey 101 Rye, while not amazing, offers a similar tasting experience and comes in at $5 less for a liter bottle. Age usually brings a cost with it, but in this case, its average-tasting sip isn’t worth the asking price.

The only standard age-stated rye Wild Turkey makes, Russell’s Reserve 6 Year Old Rye delivers a good but forgettable sip due to its lack of boldness and lower proof.

Wild Turkey has never been known for their rye products. They tend to get drowned out by their bourbon counterparts, and for good reason. While Wild Turkey is capable of producing some fantastic bourbons, their rye products tend to hover around just being average to above average. Sure you might get a fantastic single barrel of Russell’s Reserve Rye, (unfortunately the one we reviewed wasn’t one) but for the most part, a solidly average rye is delivered.

Russell’s Reserve 6 Year Rye is no exception. The flavors are good, but muted due to its lower proof, and the overall sip ends up being an easy drinking average rye. It’s one of those times where you look at your glass and think - this isn’t bad, but it’s also not wowing me. You’ll be quick to forget the sip it delivers, but you also probably won’t turn down a glass if offered. There are better ryes available for the price, and unless you’re a hardcore Wild Turkey fan, you’re probably better off seeking out an alternative to scratch your rye itch.

Buy Russell’s Reserve 6 Year Rye at Frootbat
‍The sample used for this review was provided to us at no cost courtesy its respective company. We thank them for allowing us to review it with no strings attached.
360 video 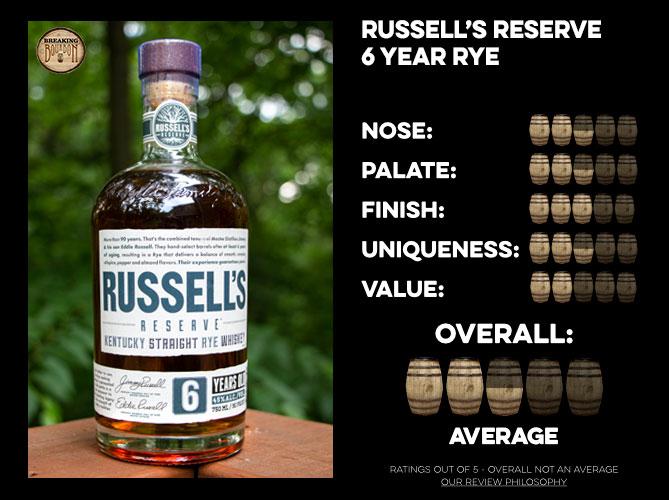 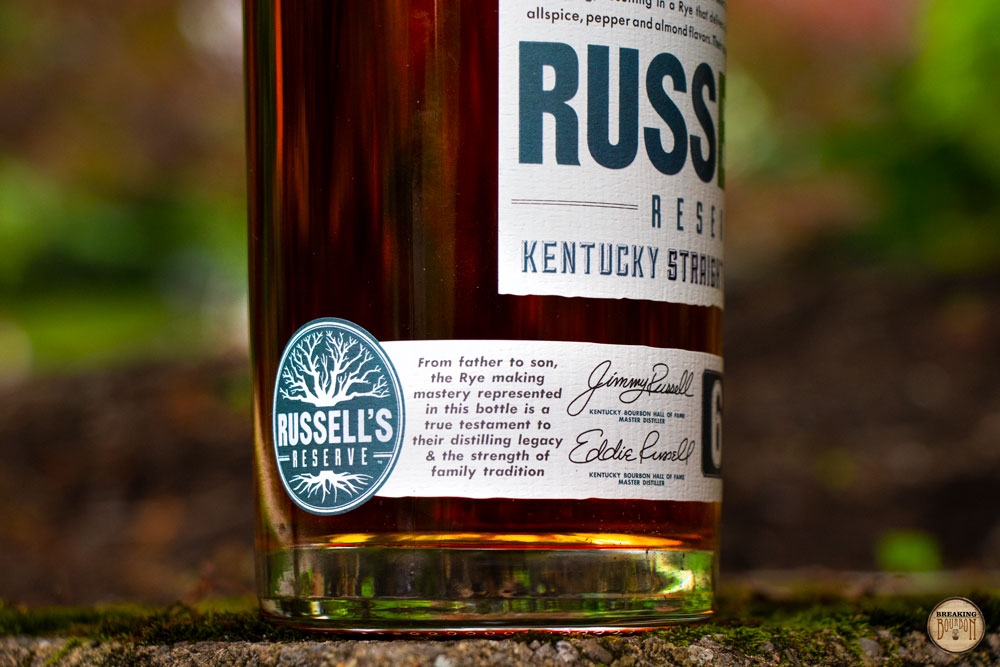 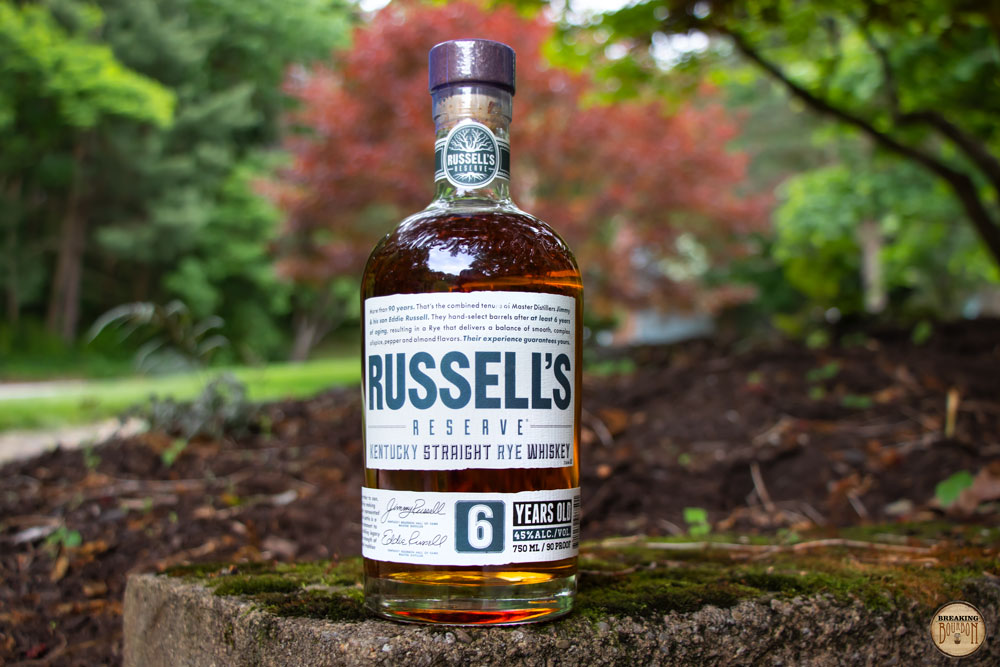 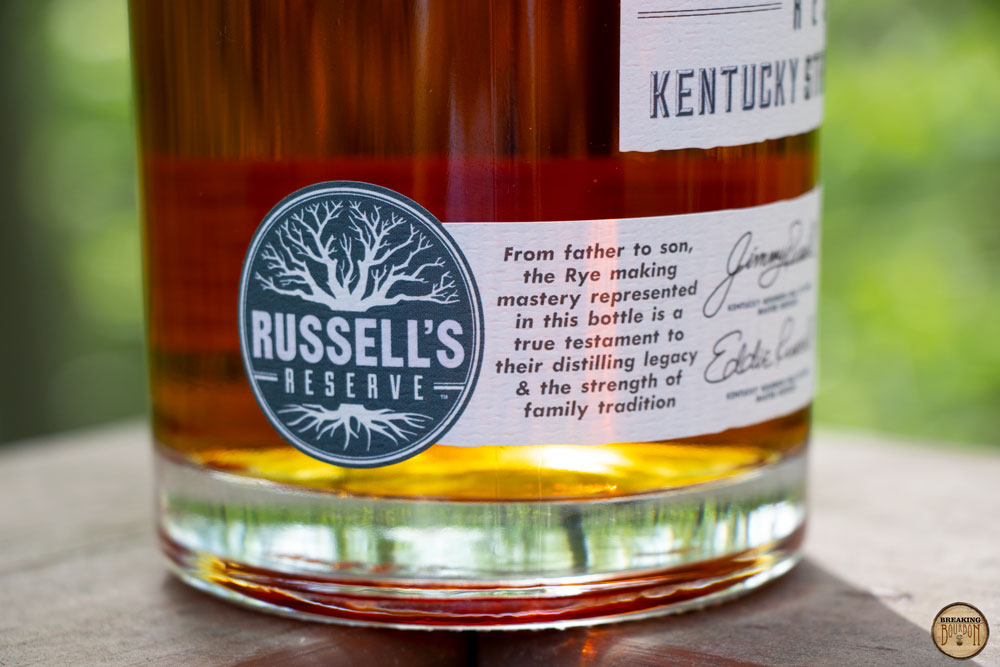 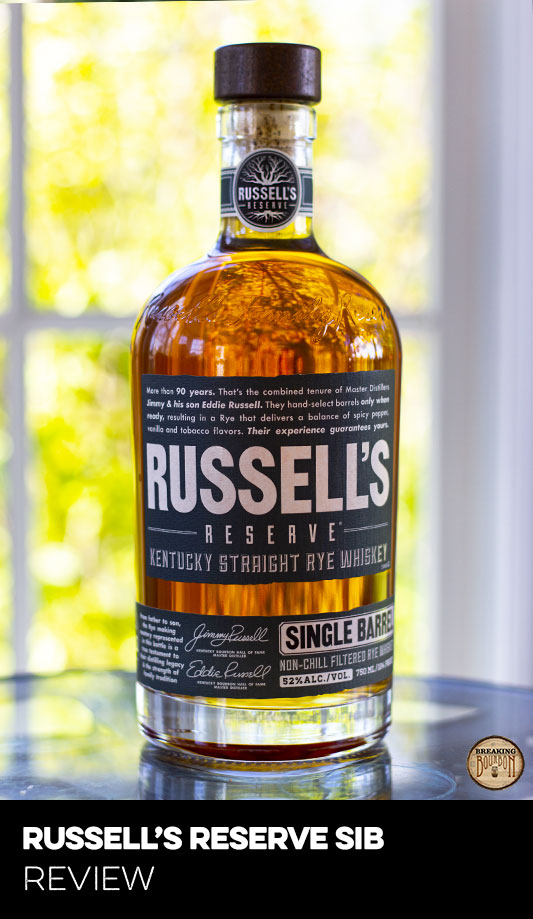