Very Olde St. Nick whiskey has a long storied past. The brand was originally released in the 1980s as an export-only whiskey to the Japanese market. It continued this way over the years, switching where it sourced its whiskey from along the way, with most speculating its original sources being Stitzel-Weller, Heaven Hill, and Willett. The brand made its stateside entrance in the market in the mid 2010s, and today, Very Old St Nick Distillery is owned and operated by Marci Palatella, who also owns Preservation Distillery.

‍‍The bourbon being reviewed is presumed to be tanked Stitzel-Weller bourbon. The company states “Produced in the early 1980s in a long-ago shuttered distillery, a revered wheated mash bill gives it character like no other. This whiskey was removed from the crumbling, almost empty, black, syrupy barrels in the very late 1990s, and stored for the right moment in time.” Sitting in steel tanks for all these years, the bourbon has laid in a state of hibernation, having stopped aging once it was taken out of the barrels. The “O.G.” abbreviation in the bourbon’s name is short for “Original Gangster.”

‍‍The bottle in review carries the unspecified handwritten designation I-XI-1 on its back label. It comes from Barrel Lot Number LA2 and is Bottle Number 05.

A bouquet of scents wafts out of the glass. Dark fruits with a focus on black cherry, blackcurrant, and blackberries build a nice foundation. A touch of sweeter scents made up of honeydew, elderflower, and jam adds intrigue. Inhaling deeply reveals a lush dark chocolate note, along with aged oak and a slight syrup scent. Well-balanced and nuanced, the scents offer a wonderful rich opening to the sip that is rarely found in high-aged bourbons. Absolutely fantastic.

The age of the bourbon comes into better focus on the palate. Rich aged oak and leather push their way to the front. Syrup-soaked amaretto cherries add sweetness, while gentle waves of white peppercorn deliver a pleasing heat and spice. Light chocolate and a sprinkling of an array of fruit add further definition. It’s a soft and gentle sip that is delightfully well-defined and nuanced, begging the drinker to slow down and really think about the cross-section of flavors.

The wheated mashbill shines the brightest during its finish, as gentle cereal notes combined with dark fruit notes kick things off. While big leather and dry aged charred oak notes make themselves known, they never overpower, allowing for a slight sweetness to intertwine nicely. There’s a crescendoing heat that showcases the bourbon’s 108 proof, but it’s never over the top. The leather and oak notes linger for a long time, leaving plenty of time to contemplate everything about the whiskey before returning for another sip. An excellent way to end things.

The label makes a strong assumption that Very Olde St Nick the O.G is bourbon that originated from the incredibly sought-after Stitzel-Weller Distillery. Yes, that same distillery that Pappy Van Winkle built its reputation off of. Some feel that Stitzel-Weller is the pinnacle of bourbon. Over the years, I've had the opportunity to taste and purchase many releases that originate from the distillery. Some have been good, others great, and one or two fantastic. While I don't disagree they produced great bourbon and deserve to be respected, I also don’t think it’s the be-all and end-all of distilled bourbon.

On top of producing well-crafted bourbon, part of the appeal of Stitzel-Weller is that the distillery no longer exists and hasn't distilled bourbon for decades, thus it grows increasingly more rare as the remaining stocks are used up. In 30 years from now, people may look back and say that pre-fire Heaven Hill is the best ever, or maybe it’s the early Willett bottles, though some already say that. The point is, that there will always be an ongoing “best of” and their legend and rarity will always be amplified by the fact they're not produced anymore. A.H. Hirsch anyone?

That said, it’s still nice to be able to purchase a new bottle and to try out a Stitzel-Weller bourbon in 2022. Very Olde St Nick the O.G.is another example of really great bourbon from Stitzel-Weller. It may come across as over-oaked to some, and to others they may be chasing old memories of early Pappy Van Winkle bottles, which this doesn't taste anything like. That said, the pour that is delivered is still fantastic and affords a unique opportunity for the modern day consumer to grab a relic from the past.

There's no way of sugarcoating this one, $600 is an eye popping amount for Very Olde St Nick the O.G. Yes it delivers an absolutely fantastic pour, but that's only one part of the equation. Whether it's tanked Stitzel-Weller or not, it is competing with many modern bourbons that have been released in the last year alone that deliver great pours for a fraction of the price. They may be hard to come by or still be priced high, but bourbons like Russell's Reserve 13 Year, Old Fitzgerald 17 Year Bottled-in-Bond, and Larceny Barrel Proof Batch C922 are just better values. That said, Very Olde St Nick the O.G. is the equivalent of a modern day dusty (albeit with an unconfirmed source) and is hard to make an apples to apples comparison valuewise with modern day bourbons.

The nice thing about Very Olde St Nick the O.G. is that you can go to Kentucky and actually buy a bottle at the distillery. The fact that consumers have the ability to buy a 375mL bottle versus having to buy a standard 750mL bottle at over $1,000, also opens up the ability for more people to try this. Extraordinarily high priced or not, there's something to be said for consumers having the ability to buy a rare bottle if they're willing to travel and work for it. Sure one could go seek it out on the secondary market, but then the already high price tag would be that much higher. At a time when people line up a few hundred deep for the latest hot bottle at a liquor store or distillery, the ability to actually purchase Very Olde St. Nick the O.G., and potentially a piece of history, does need to be acknowledged.

A bourbon time capsule, Very Old St Nick the O.G. deliver a rich and complex sip that will reward those who are willing to pay the price of admission.

Very Olde St Nick is a bourbon that stands out from the moment you pick up the tall slender waxed bottle in your hands. The color of the bourbon is outrageously dark leading to initial hesitation that it's over-oaked. And while aged notes certainly shine through throughout the sip, they exist in harmony with lush dark fruits and sweeter notes. It produces a complex sip that will certainly reward those who take the time to sit with it and dissect it. The price of admission will be hard to justify for many, but for those willing to pay the price, they'll be rewarded with a bourbon that will stick in their memory for quite a while.

Buy Very Olde St. Nick the O.G. Year 17 Old at Frootbat
‍The sample used for this review was provided to us at no cost courtesy its respective company. We thank them for allowing us to review it with no strings attached.
360 video 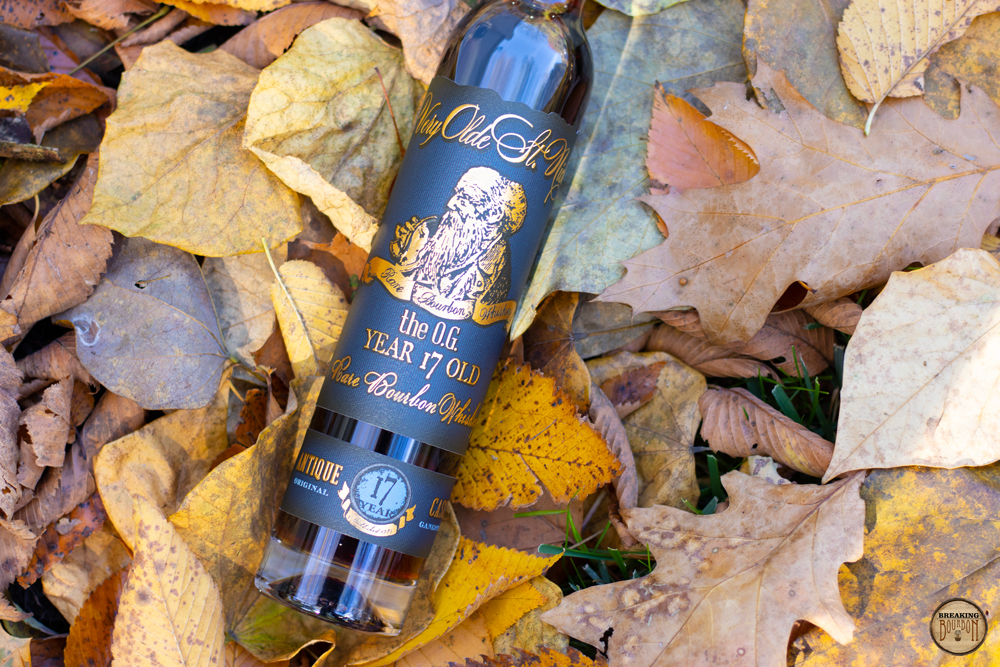 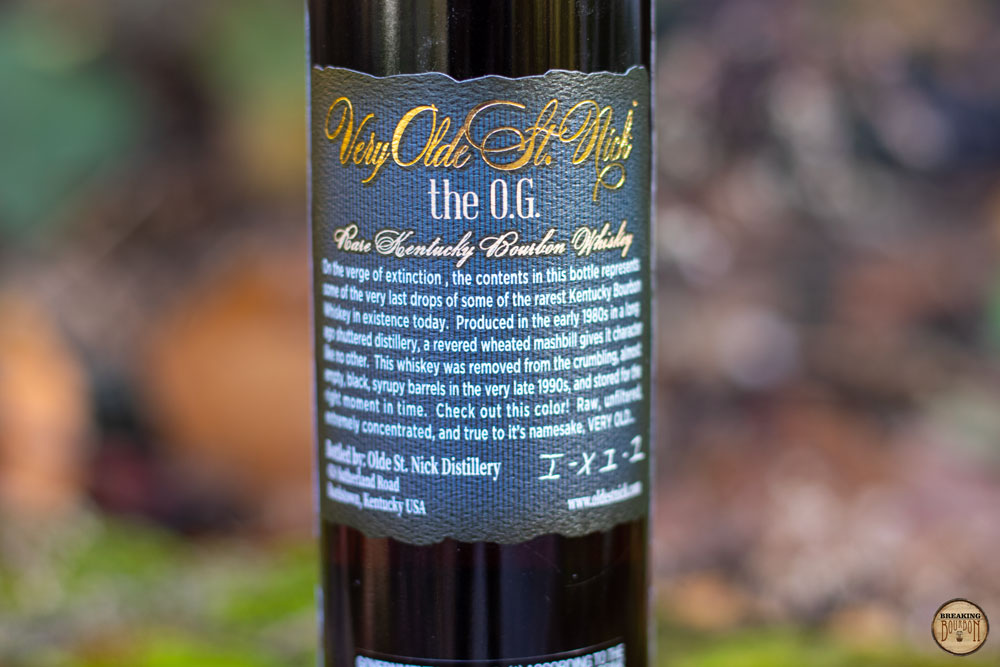 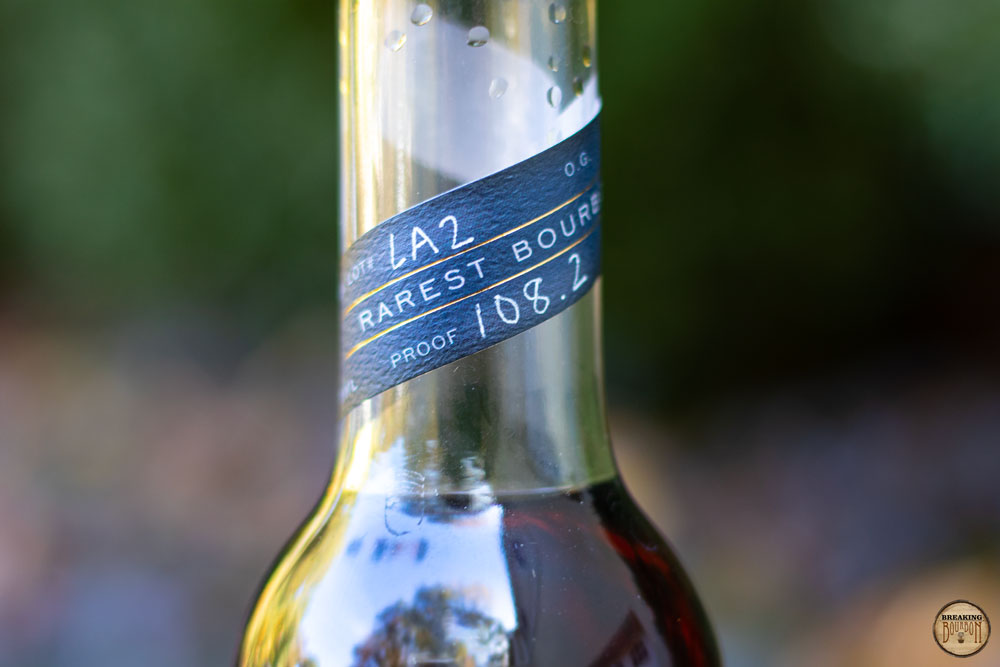 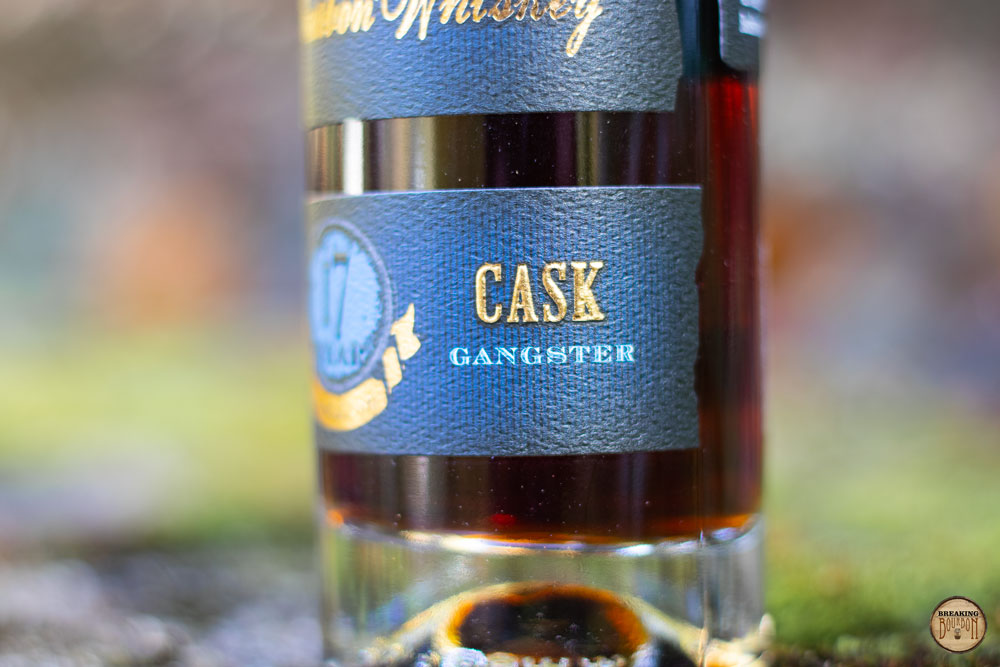