Sazerac Rye is produced by Sazerac Company, Inc. at Buffalo Trace Distillery. Sazerac is headquartered in New Orleans, and was founded in the 1800’s. According to the company, it started with the cocktail, then the bar, then the company. Antoine Peychaud, a Creole immigrant, would mix brandy, absinthe, and bitters he created at his pharmacy located in the French Quarter. The cocktail became popular at the city’s “coffee houses,” which was the term used for drinking establishments at the time. Peychaud’s concoction became most strongly associated with one coffee house in particular, the Sazerac Coffee House located on Exchange Alley. The coffee house’s owner, Sewell Taylor, institutionalized the drink by using only Sazerac de Forge et Fils brandy, which he imported to the U.S. and sold exclusively. This cocktail earned its name as a result. Thomas H. Handy acquired the Sazerac Coffee House in 1869, and then Peychaud’s bitters in 1873. Thereafter in the 1890s, his company bottled and marketed the Sazerac cocktail, which is now made with rye whiskey as opposed to brandy. C.J. O’Reilly, Handy’s secretary, chartered the Sazerac Company.

Aromas of orange zest, clove, and raisin greet the senses, with hints of rye spice and anise underneath. It’s soft with a gentle delivery, allowing a deeper inhale to draw out the fainter scents. Quite pleasant overall and a nice way to start the sip.

Fruit flavors comprised of sweet apricots, orange peel, and plums meet more traditional notes of caramel and vanilla. Light barrel char teases in the background, along with a mix of raisin and anise underneath. It has a light body, and at 90 proof, requires a bit of searching to pull out all the flavors. With that being said, the reward is worth the effort.

Rye spice bursts forth, but only momentarily. A light black licorice note follows, but is quickly overtaken by a spicy-sweet blend of dark fruit, caramel, and black pepper. It’s medium-length and invites you back for more.

While Buffalo Trace does not disclose mashbills, the mashbill used to make Sazerac Rye Whiskey is their low rye mashbill, which is believed to be comprised of approximately 51% rye, 39% corn, and 10% malted barley. Other Buffalo Trace distilled brands using the same mashbill include Sazerac 18 Year, Thomas H. Handy, and Van Winkle Family Reserve Rye.

Sazerac Rye is often referred to as “Baby Saz,” as it shares the same general name, proof, and mashbill as Sazerac 18 Year, which is included in Buffalo Trace’s annual Buffalo Trace Antique Collection (BTAC) release. However, Sazerac Rye is much younger - while it has never carried an age statement, at one point it was marketed by Buffalo Trace as 6 years old, and from its classification of “straight rye” we can infer it’s at least 4 years old.

Notably, Thomas H. Handy is another bottle included in the annual BTAC release that uses the same mashbill, and incidentally is aged for approximately the same amount of time as Sazerac Rye, which is typically about 6 years. The main difference between Sazerac and Thomas H. Handy is the proof, as Thomas H. Handy is released at barrel proof. To that end, Thomas H. Handy also shares a similar flavor profile, albeit far more robust and in-your-face given its higher proof.

Broadening the spectrum of rye options beyond those mentioned above, there are an increasing number to choose from though not nearly as many as there are bourbons. Sazerac Rye succeeds in offering a sweet, fruit-forward flavor profile complemented by a rye spice pop that develops in the finish. While others do the same, there is certainly enough variation among brands to leave room to allow Sazerac Rye’s subtle attributes to shine through.

In contrast with sub-$30 bourbon options, there are far fewer rye options on the shelf. Sazerac Rye was introduced over 10 years ago, and for a time there were very few comparable ryes. More recently, we’ve seen a rye resurgence resulting in new rye introductions. Popular options falling in the same general price range include Old Forester Rye ($23), Rittenhouse Rye Bottled-in-Bond ($25), George Dickel Rye ($25), Jack Daniel’s Tennessee Rye ($27), Elijah Craig Rye ($30),  Woodford Reserve Distiller’s Select Rye ($38), High West Double Rye ($39), and Knob Creek Rye ($40). They offer a wide variation of flavor profiles and styles across the rye whiskey category. Given that Sazerac Rye falls on the lower side of the price range and arguably higher side of overall quality, it’s easy to see that at $30 Sazerac Rye is a better than fair deal.

From its simple throwback bottle design to approachable flavor profile and better than fair price, Sazerac Rye is an essential rye for everyone’s whiskey collection.

Sazerac Rye is Sazerac Company’s namesake whiskey, though without a reminder of that fact it may not be top of mind as the Sazerac Company name seems to have little market impact, with marketing instead focused on “Buffalo Trace” and other specific brands within the space. Moreover, the storied Sazerac cocktail is one of the more popular cocktails among bourbon enthusiasts, and Sazerac Rye makes for a suitable backbone for the drink. Baby Saz, as fans lovingly refer to it, is an essential rye whiskey that has stood the test of time from its initial release over 10 years ago. Given its approachable flavor profile and $30 price tag, it's absolutely a whiskey to include on anyone's must-have list.

Buy Sazerac Rye at Frootbat
‍The sample used for this review was provided to us at no cost courtesy its respective company. We thank them for allowing us to review it with no strings attached.
360 video 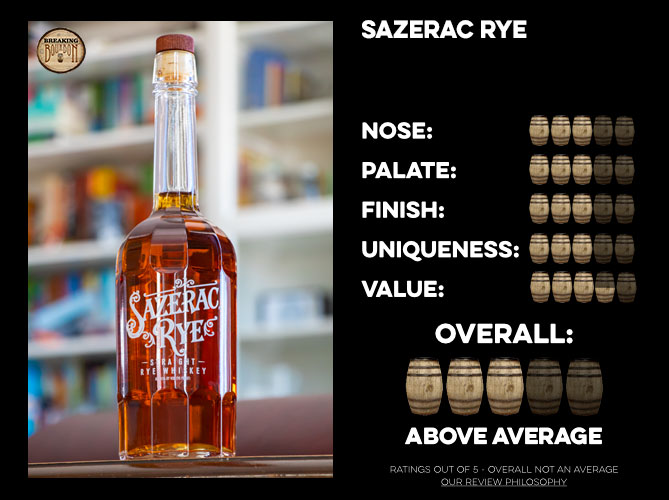 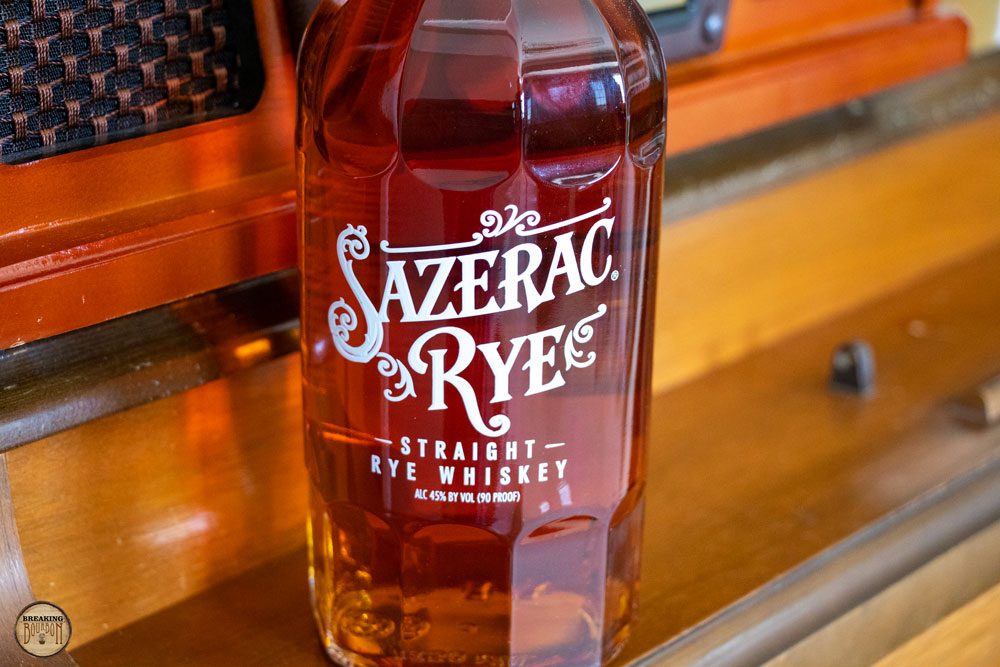 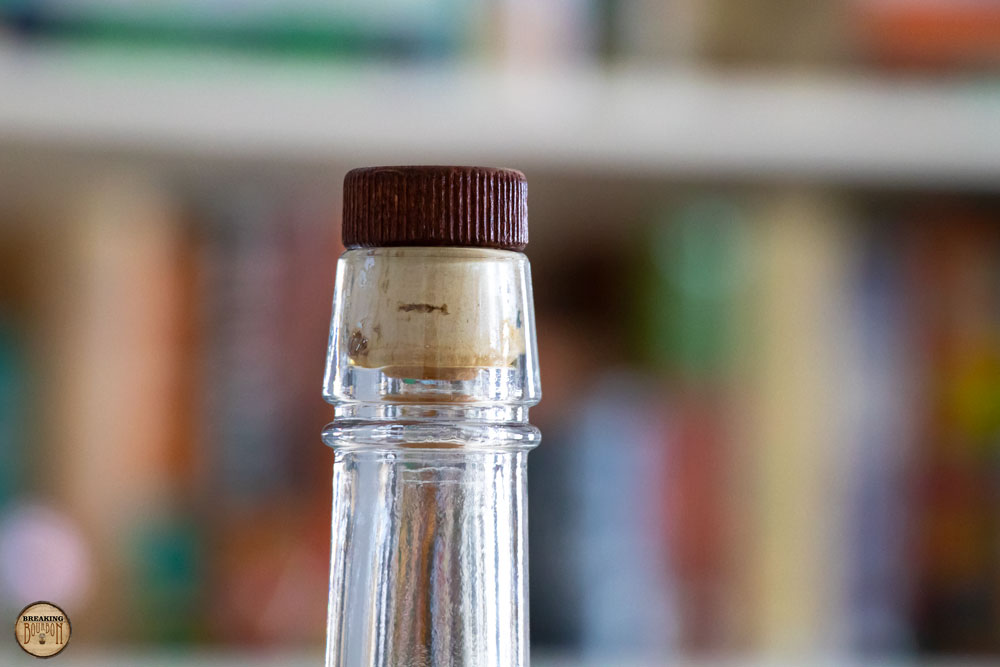 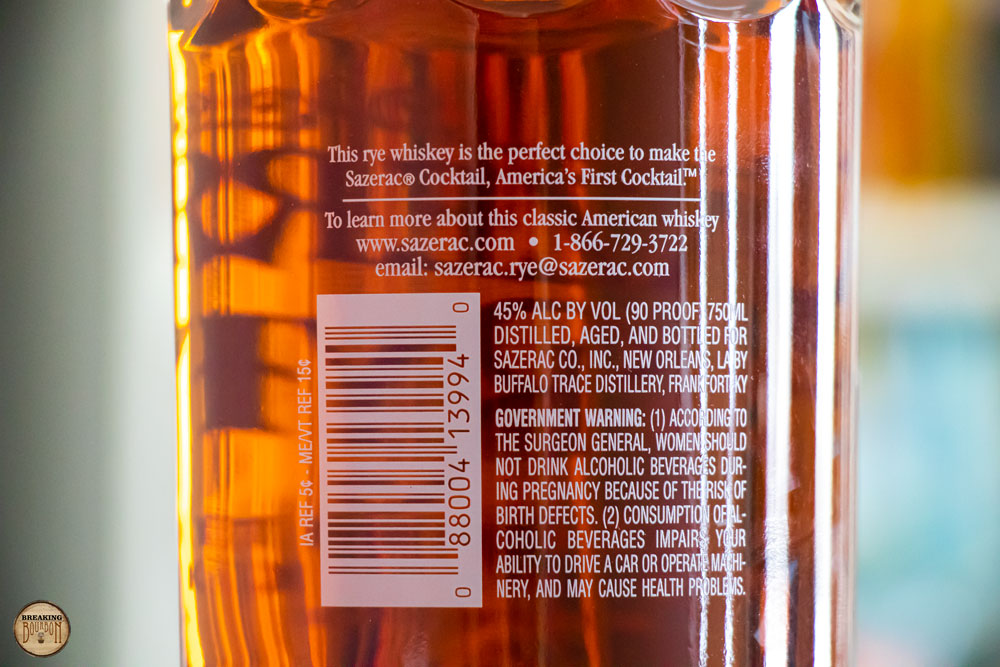 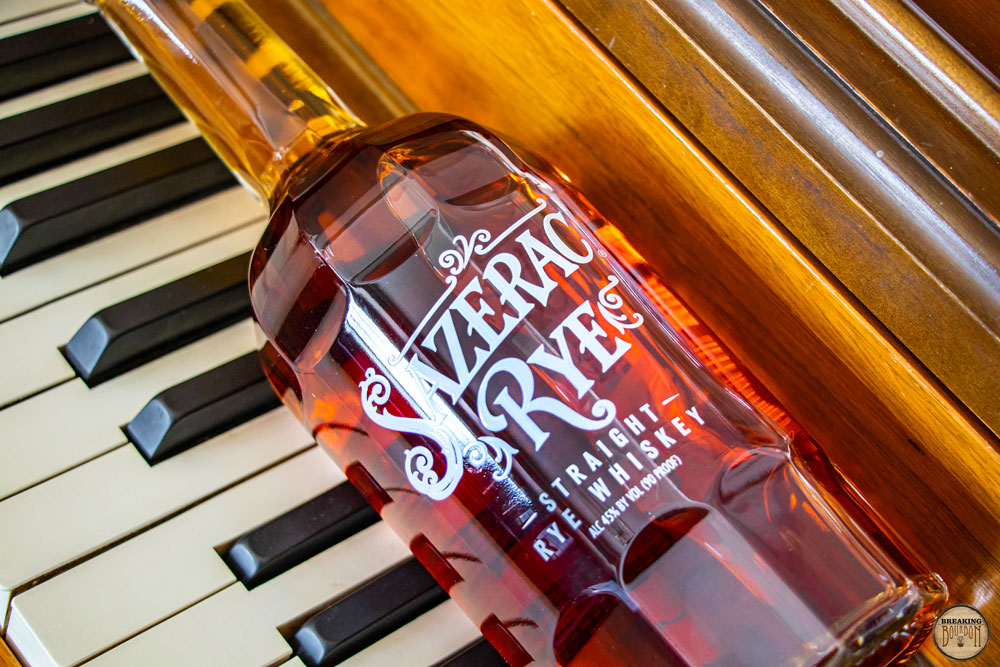