Immediately out of the gate there’s a commanding presence of cherry, banana, hay, and custard. It mostly forgoes traditional rye notes and only fleetingly sports any spice and grain - not that there’s anything wrong with that. This is another Jack rye that bucks traditional expectations and presents an eccentric set of aromas that is both pleasant and unexpected.

A heavy dose of banana that's immediately followed by...more banana. Oak notes sweep in from time to time which can make this taste almost like banana nut bread. It’s largely a smooth drinking experience that sports a medium-thick mouthfeel. As the banana subsides, a bit of grain cereal come to the forefront. It’s a little strange tasting but interesting nevertheless.

It’s odd in that this mild finish is lacking in both flavor and mouthfeel. It’s a very straightforward affair with a singular focus on oak and accompanying dryness. The lack of spice is really felt on the finish because it would have added an extra dimension that’s missing. The weak flavor body of its finish does this whiskey a great disservice.

Jack Daniel’s once again deserves credit for a unique tasting rye whiskey that stands out from other ryes on the market. But that will only get them so far and benefit them for so long. For a batched product, a good amount of what made their Single Barrel Rye great can still be tasted here, but clearly some of those characteristics were lost in the batching process. Its mouthfeel is nowhere near as creamy, and while still fruit-forward, it lacks the same intensity.  It’s overall a more straightforward rye that most notably sports more banana notes than probably any other rye whiskey on the market.

There’s been a flood of rye whiskey hitting the market over the past few years with many falling in the $25-$35 price range. The thing is, the many of them have also been largely forgettable. From the start, Jack Daniel’s rye products have tasted different. With each passing year and a perceived additional year of aging, they continually show signs of improvement.

I noted in my Single Barrel Rye review that it was “a unique tasting and buttery rye that’s already showing signs of greatness even at a young age.” I also noted that I couldn’t get behind its $50 price tag and a batched product might remedy this. I didn't expect a year later the company would do just that, and even price it at a very reasonable $27. Part of me figured the whiskey might take a hit in quality - and it did - but at almost half the price, isn’t that acceptable? For its price, its complexity is very much in line with many of its peers, but its unique Jack Daniel’s Rye flavor profile is what makes it much more memorable for me and will most likely be my new go to sub $35 sipping rye. However, comparing it directly to Jack’s other ryes, if cost isn’t an issue, the Single Barrel Rye is still superior in every way.

Despite losing a lot of characteristics going from a single barrel to a small batch, Jack Daniel’s Tennessee Rye is still one of the more unique tasting ryes on the market at an enticing price.

There is no denying that this is a unique tasting rye even if you compare it to ryes twice its price. The problem is that Jack Daniel’s released a superior rye product last year, which takes some of the thunder away from Tennessee Rye. Maybe if we hadn’t experienced it last year, this batched product would stand out more. I’m curious why the company decided to release a superior and more expensive product first before releasing this one. Typically whiskey companies do it the other way around. Nevertheless, standing on its own it’s undoubtedly a fine tasting product at a great price. Its finish is easily its weakest link, but its other parts are strong enough to keep the whole thing afloat.

It’s still early in Jack’s adventure into rye making, and with the company releasing a different rye product every year, a lot could change over the next few years. For now, this is yet another rye from Jack Daniel’s that shows a lot of promise, but at some point the company will need to prove themselves with a product that can stand on its own and go up against the best in the rye category. That may still be a few years down the road, but for a company as tried and true as Jack Daniel’s, they’ve been surprisingly whimsical with their rye product so far. While Jack’s Tennessee Rye doesn’t quite shine as bright as it could, it nevertheless still shines in its own unique way.

Buy Jack Daniel's Tennessee Rye at Frootbat
‍The sample used for this review was provided to us at no cost courtesy its respective company. We thank them for allowing us to review it with no strings attached.
360 video 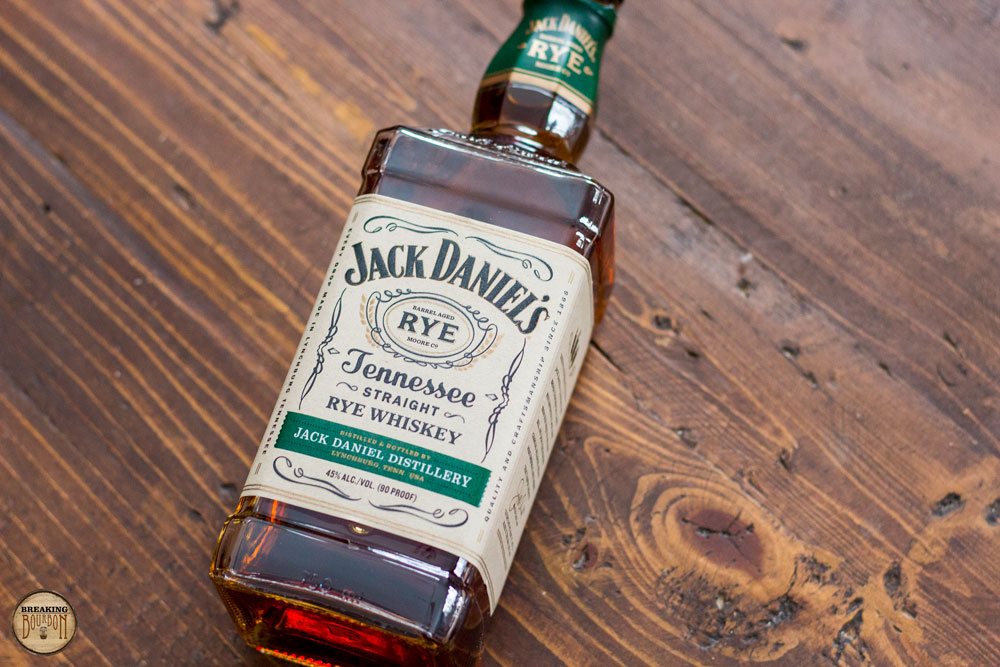 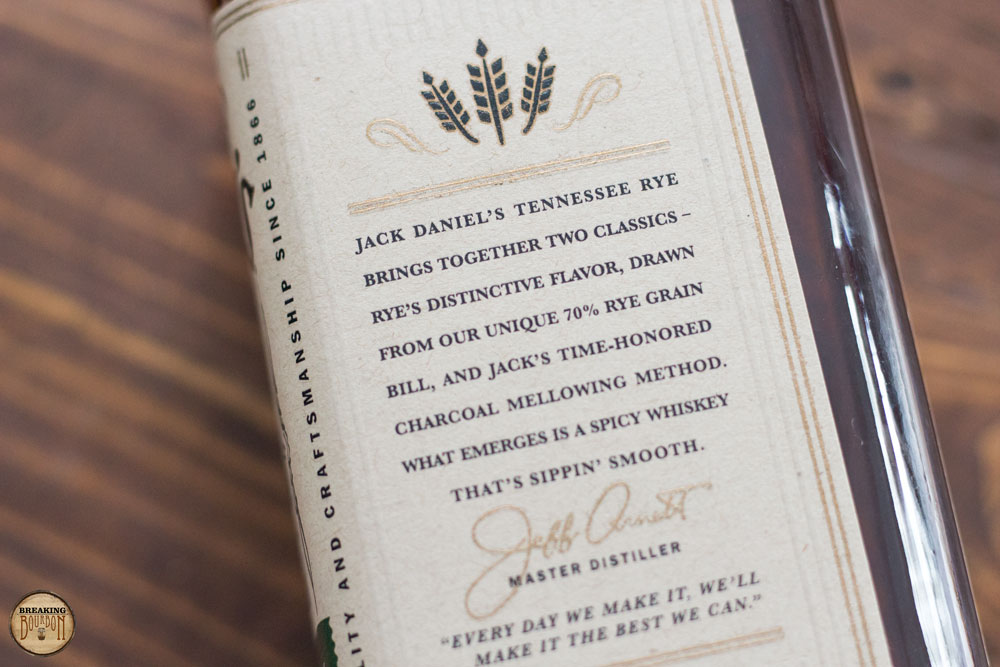 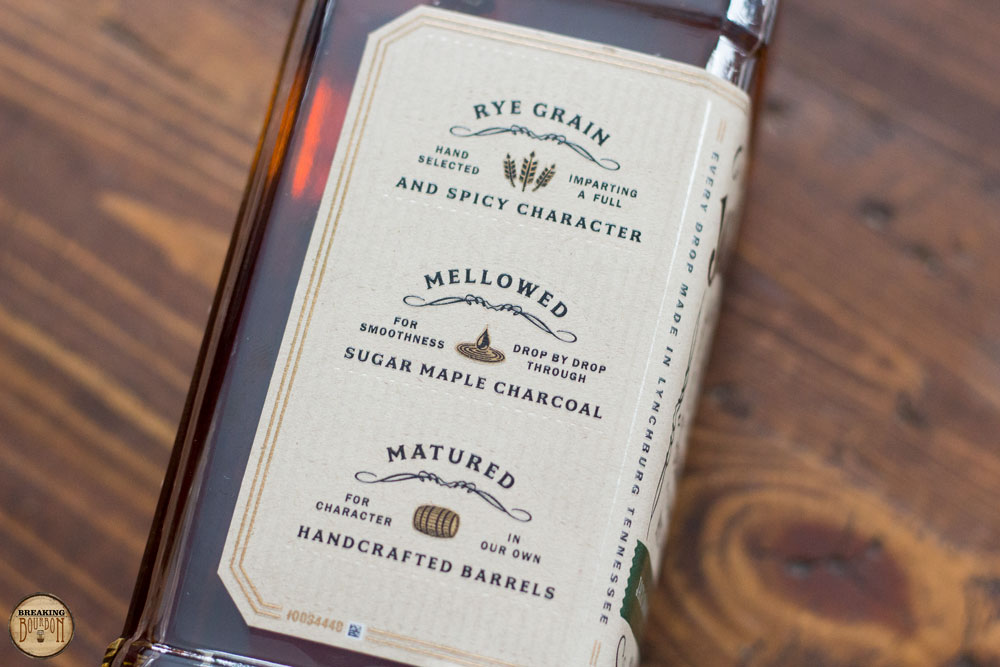