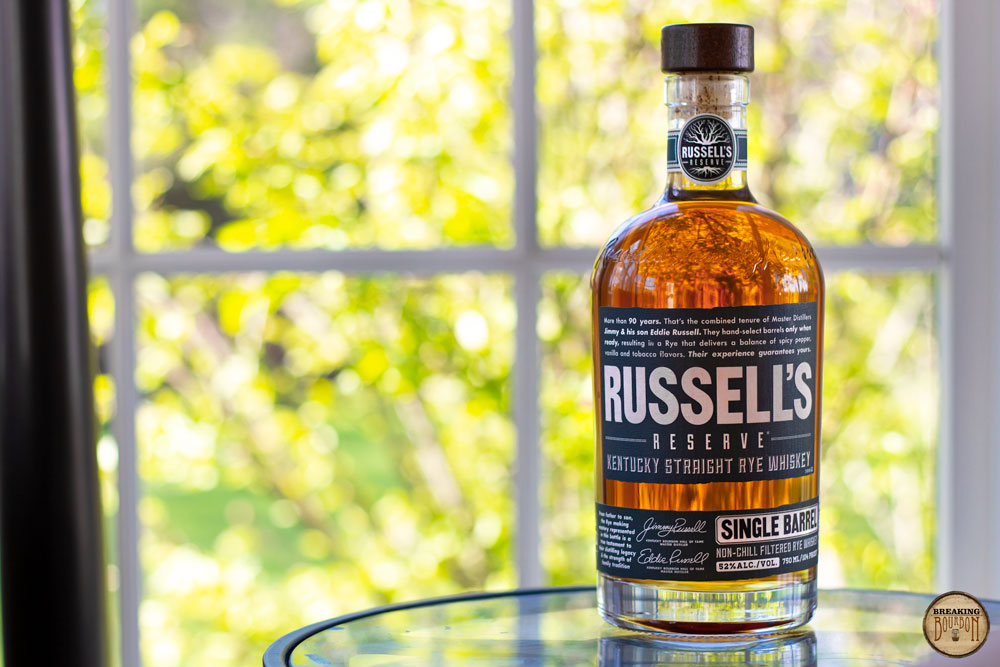 A straightforward and somewhat unimpressive aroma out of the gate. Faint notes of gingerbread and hay work well against the aroma’s heavier caramel and rye grain scents. There isn't anything flawed about its composition except for the fact that it doesn’t leave much of an impression at all. A forceful swirl of the glass helps open up the aroma by bringing out more of its caramel notes, but the nose is just not as intense as it should be.

An enjoyable display of classic rye notes are present with the notable omission of cinnamon. Its rye grain, caramel, and kettle corn notes don’t reinvent the wheel, but they perform well together. Its most noteworthy trait is a veil of creaminess that envelopes the palate bringing forth a delicious lemon note. Overall it’s an easy sipper that isn’t all that challenging, leaning towards a straightforward delivery of flavors.

A mildly dry, oaky, and caramel aftertaste rides this whiskey to completion. Mid-finish some interchangeably sweet and spicy notes pop in the form of cherry, lemon cookie, and rye spice flavors. They don’t stick around for very long, but are welcomed and help elevate this finish a notch. Its heat carries with you as does its overall dryness.

The Russells are known for their love for bourbon and the passion they put behind their bourbon making. They also aren’t shy about their feelings towards rye whiskey either. A whiskey maker having a favorite type of whiskey isn’t the same as having a favorite child, and the Russells don’t hold back from letting you know they prefer bourbon above rye. Wild Turkey has been making rye for over a half a century, but it still comes off as an afterthought for the company and doesn’t receive as equal footing as their bourbon. It’s hard to say with certainty if this lack of attention trickles down directly affecting the quality of their rye, but it’s safe to say that Wild Turkey rye doesn’t stand toe to toe with their bourbon.

That’s not to say Russell’s Reserve rye whiskey doesn’t have traits that make it stand out from other ryes on the market. Its lemon, slight cherry aftertaste, and its more heavy-handed oakiness helps to define it, but it also doesn’t feel like that’s quite enough either. It lacks a certain amount of wow factor despite its overall quality. With the flood of young rye whiskeys hitting the market that might not be able to directly compete with the Russell’s distilling prowess and time in the barrel, many are offering something Russell’s Reserve ryes struggle with: making a lasting impression.

Of course the Russells might be crafting their rye not with the intention of unique flavors and capturing that quintessential rye flavor profile, but somewhere in between. They’ve succeeded in that regard, but the flip side of that is Russell’s Reserve Rye isn’t exciting enough and doesn’t drive me to want to buy another either. Not every bottle of whiskey has to shock and awe, but I expect more out of a $60 bottle than what it offers.

With the introduction of the Russell’s Reserve line, Wild Turkey seeked to introduce premium versions of their bourbons and rye that was said to have been more carefully curated than their more budget-friendly standard bottles. That is definitely the case with their bourbon, which Wild Turkey has a keen tongue for.

Russell’s Reserve Single Barrel Rye brings with it a certain level of quality that’s highlighted by its creaminess and oakiness, but still struggles to make a lasting impression.

When I cracked open my bottle of Russell’s Reserve Single Barrel Rye I wasn’t immediately impressed. Where at first sip this whiskey was lackluster at best, over a short period of time the whiskey began to open up. The more I sipped it against Wild Turkey 101 Rye and their limited edition rye, 2019’s Cornerstone, I began to understand the quality progression of Wild Turkey’s rye portfolio.

As a whole, the company still has room for improvement regarding all of their rye whiskeys. Russell’s Reserve Single Barrel Rye is a solid pour in the end, and it stands up well to its competitors in its price range, but they’re just not quite there yet with their ryes like they are with their bourbons. Being a single barrel, variation will occur and I don’t doubt there are some spectacular ones. I look forward to Wild Turkey’s continued evolution of their rye whiskey. This Russell’s Reserve Single Barrel Rye may not have wowed me, but the Russell’s continued tooling of the ryes certainly does.

Buy Russell’s Reserve Single Barrel Rye at Frootbat
‍The sample used for this review was provided to us at no cost courtesy its respective company. We thank them for allowing us to review it with no strings attached.
360 video 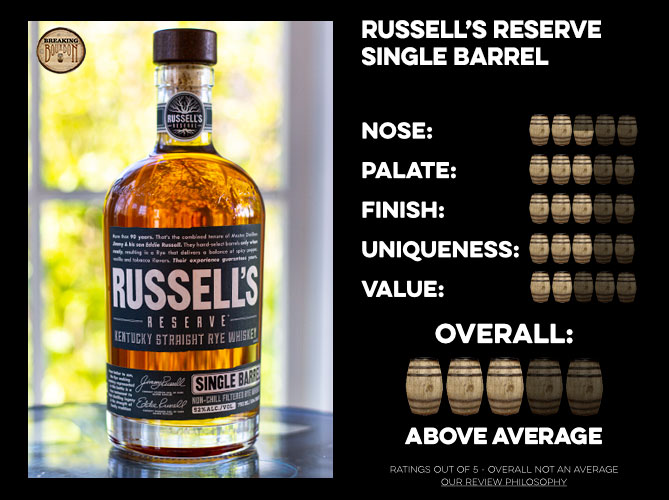 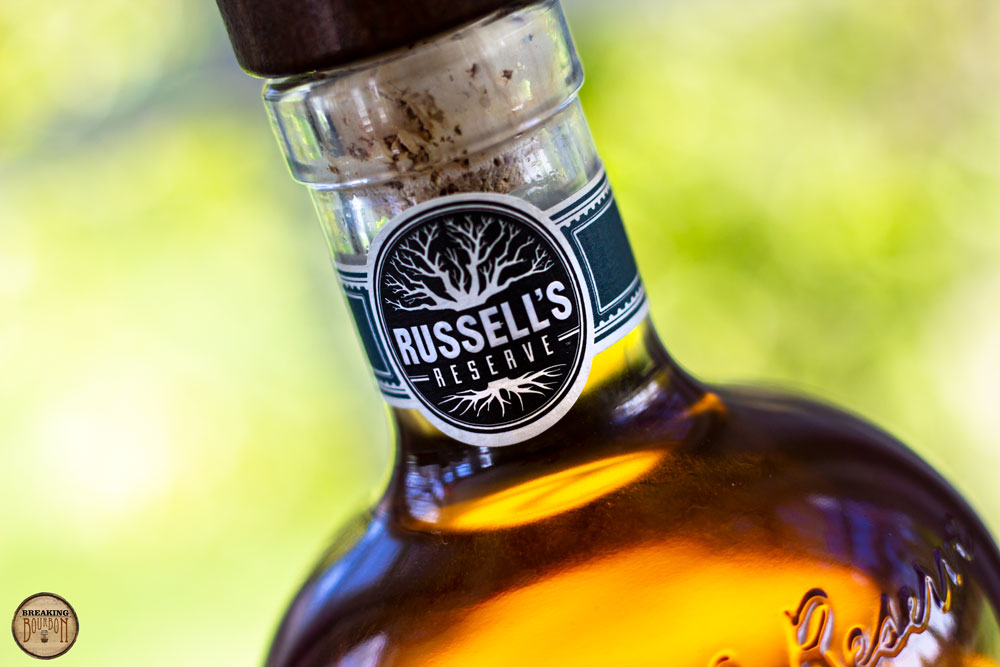 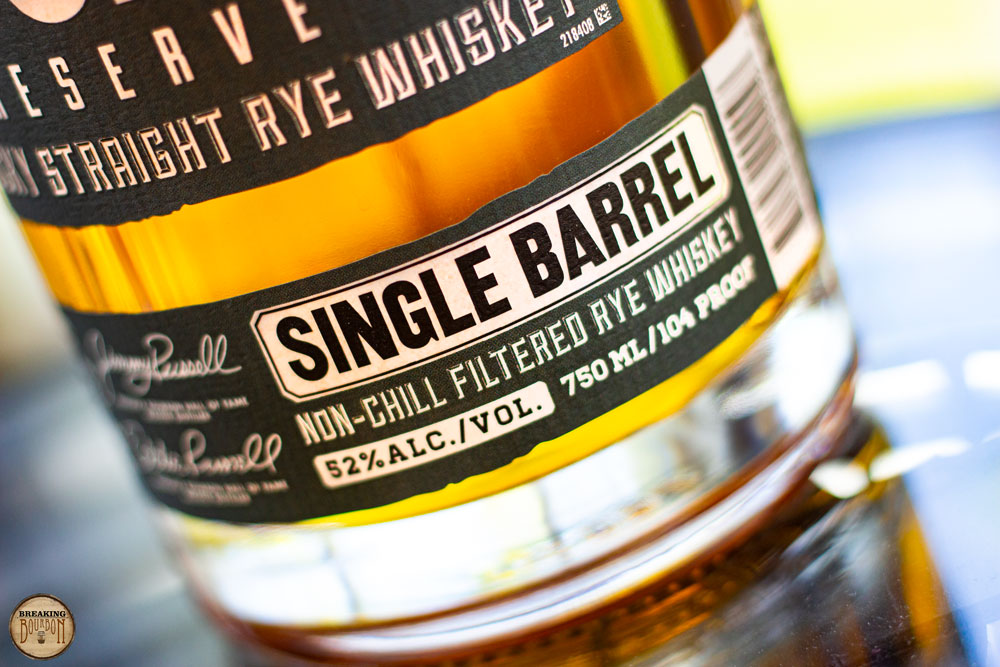 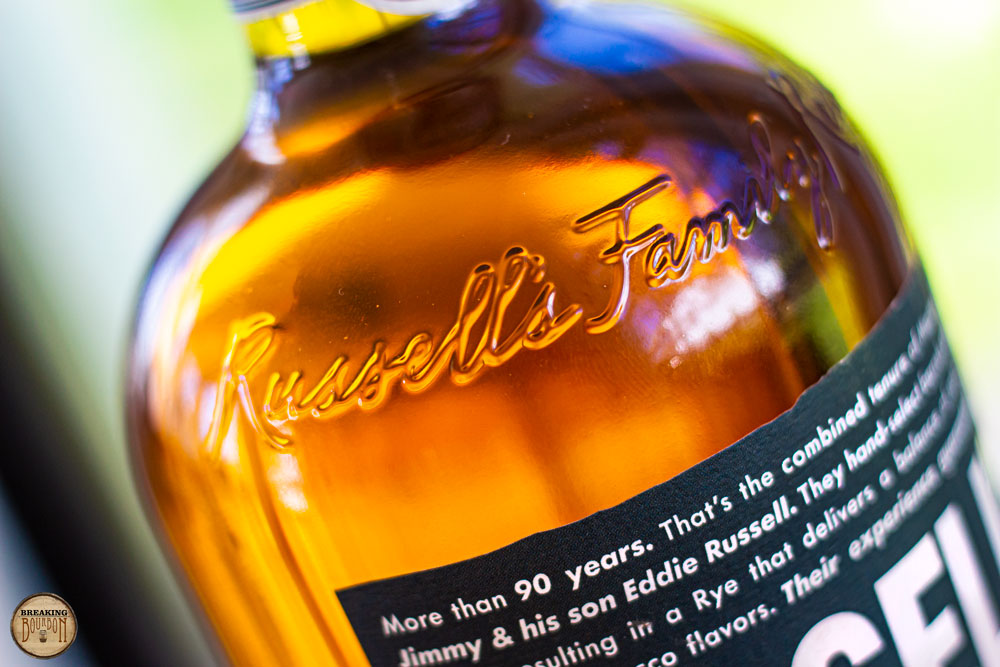 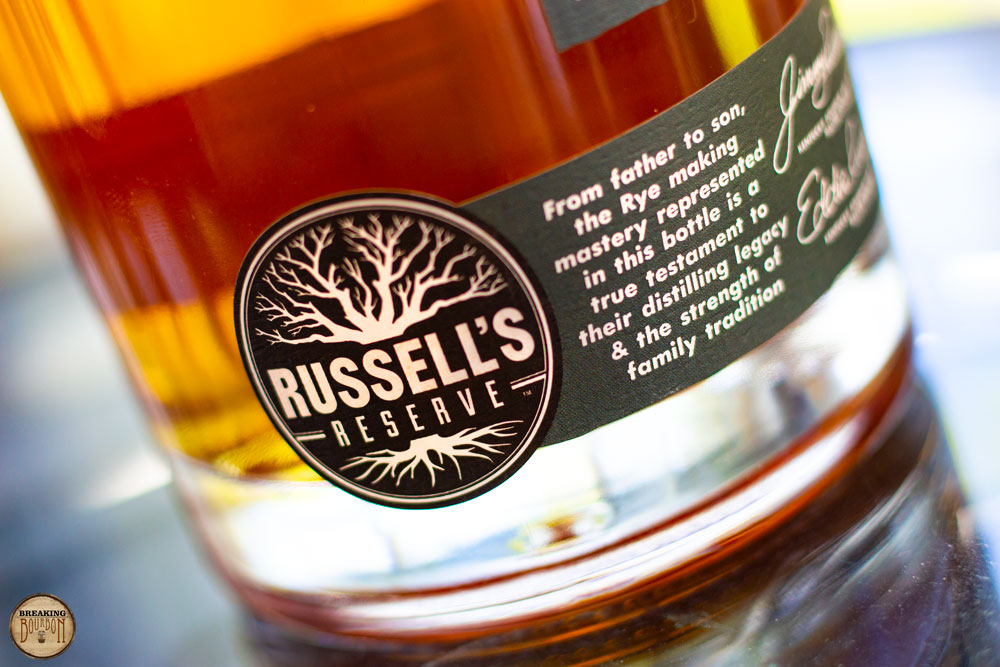