The 2020 release of Old Forester Birthday Bourbon marks the 20th release of the series. Brown-Forman states that a total of 95 barrels were barreled on June 5, 2010. This is the third Birthday Bourbon to be bottled at the Old Forester Distilling Co. on Louisville's Historic Whiskey Row. Master Distiller Chris Morris and Master Taster Jackie Zykan selected this year's limited edition. No bottle count information was released, however the company states that the full allotment of product represents one day's production of Old Forester. For more background, check out the company’s press release.

Rich brown sugars form a heavy base and are layered with rich oak and vanilla. Light hints of molasses and yellow cake gently intermix, however the star of the show is the classic bourbon notes. The classic opening scents, while few, are deeply rich and present a nose that’s timeless and quite frankly, fantastic.

The richness found in the nose strongly carries through to the palate. Brown sugars and aged oak interweave with vanilla and a touch of raisin. The oak has slightly tannic properties that seem a tad out of place, but not enough to ruin the overall balance. Additionally, there’s quite a bit of a rye spice kick that helps add a dash of heat as you suss out the flavors. It doesn’t quite live up to the opening that the nose delivers, however it’s still delicious in its own right.

Heavy oak and spice kick things off with a strong hint of peppercorn and rye spice bringing forth a finish that is hotter than expected for a 100 proof bourbon. A dry leather note pops up on the backend helping to ground the finish away from the sweater notes found in the nose and palate. This provides for a more earthy quality, and it’s a pleasant way to end the sip.

Brown-Forman used to be incredibly transparent about their Old Forester Birthday Bourbon releases. At one time the company used to list the warehouse and floors the barrels were aged, exact bottle count, and in 2016’s case, a bonus tidbit about the barrels even being sun kissed (ooh la la). However, those pieces of information have all but dried up. The only thing we know about this year's release is that 95 barrels were selected and that they were aged for 10 years.

It’s a shame really. What was once the bourbon that came in a unique bottle and was full of details, now just has that it comes in a unique bottle going for it. Let there be no doubt that this year's edition once again delivers a great flavor profile, but unlike past editions, its proof isn’t the highest, its barrel count isn’t notable, and the most unique thing about this release is that it’s the most expensive MSRP ever for a Birthday Bourbon bottle.

With that being said, none of this changes the fact that this year’s release is a great tasting bourbon, and worthy of the brand’s 20th Anniversary bottling. The quality clearly steps above standard bottlings, regardless of the lack of information provided. It’s this consistency in quality releases that makes Old Forester Birthday Bourbon stand out amongst its peers year after year.

There’s no denying that this is a well-rounded bourbon and can stand shoulder to shoulder with some of the best Old Forester Birthday Bourbon editions including 2011, 2012, and last year's 2019 release. However, crossing the $100 threshold brings additional scrutiny and rightfully so. Old Forester Birthday bourbon is now priced on par with other yearly limited releases from major Kentucky distilleries. The bourbon inside this year's edition helps to clearly justify the price, however Old Forester Birthday Bourbon has lost its title that it used to have of being the best value around of limited releases.

While 2020 Old Forester Birthday Bourbon comes with a higher price and less background than previous years, this 20th Anniversary release will satisfy with a fantastic nose and great flavor profile to back it up.

This year's Old Forester Birthday Bourbon first and foremost delivers where it counts, and that's the overall flavor profile. While the rest of the sip can’t compete against the fantastic nose that starts things off, it holds its own and is still very respectable.

However, all of this has slowly come at a cost. Both metaphorically and also realistically, since this is now the most expensive release of Old Forester Birthday Bourbon ever. Additionally, what was once a bourbon that was transparent and open with its background, has slowly become closed off and provides little additional info to the consumer. It’s a shame too. It’s not that this information makes for a better bourbon, it instead makes for a more educated consumer - one who can learn more about what they’re drinking. And when you pay as much as this year's release is asking, I feel consumers deserve as much too.

It will be interesting to see how the brand continues to progress from here. Many won’t care what information is released, as long as the bourbon delivered continues to deliver an excellent sip, and delivers it does. Hopefully Brown-Forman reverses course and puts a stop to sharply increasing the price year-over-year, and starts to open up more on the specifics of the barrels in the bottle. In the meantime it’s hard not to recommend this year's release to anyone who has a chance to scoop one up, as it’s a worthy torchbearer for the brand on it’s 20th anniversary.

Buy Old Forester 2020 Birthday Bourbon at Frootbat
‍The sample used for this review was provided to us at no cost courtesy its respective company. We thank them for allowing us to review it with no strings attached.
360 video 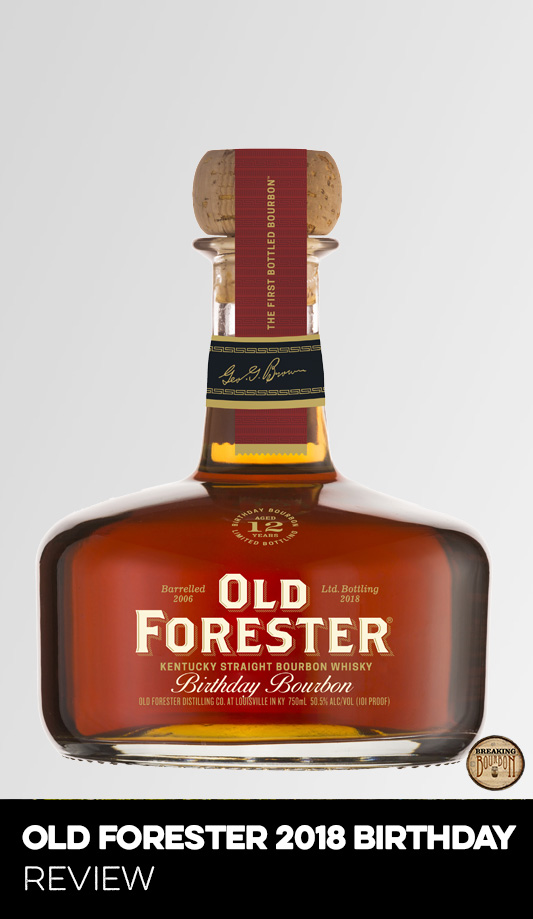 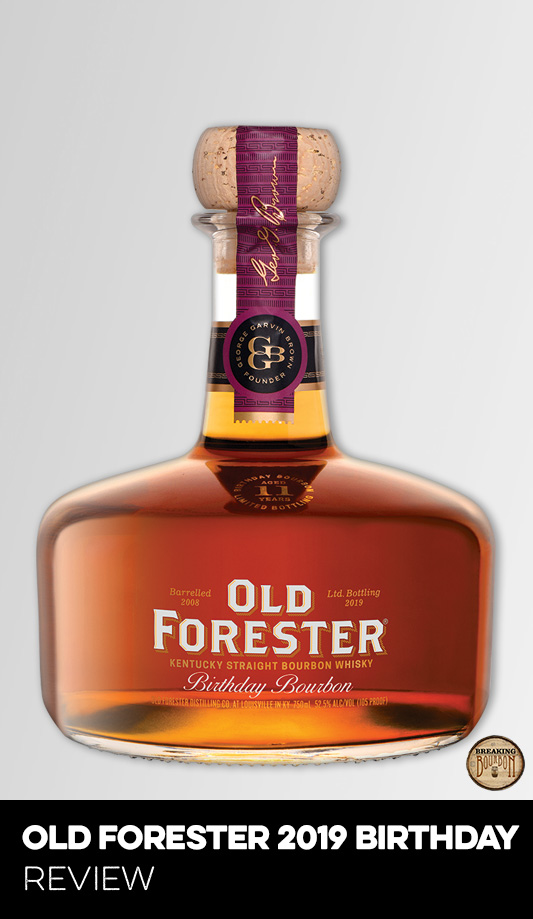