A nice dose of classic bourbon scents greats the nose. Vanilla and oak are front and center, however layered in are hints of fresh leather, light cinnamon, and a dab of fresh baked banana bread. It’s a very pleasing way to start things off and does a nice job of masking the bourbon's true proof.

Sweet flavors hit big in the form of sweet pecans and hot cinnamon. These are quickly joined by a pleasing dash of leather. The bourbon's proof shines through as you roll the sip around your mouth, but this only helps to add to the intensity of its flavors.

Rye spice, light oak, and a touch of tobacco start things off. The spice gently fades away leaving a combination of deep oak and dry tobacco. The finish is very long and lingering with a warming heat, ultimately ending the sip on a pleasing note.

The standard Woodford Reserve Distiller’s Select is a perfectly fine bourbon, and quite literally the definition of average. Woodford Reserve Batch Proof helps build off that base and delivers a bourbon that will be much more attractive to bourbon enthusiasts. The increase in proof helps make the flavors pop without being a distraction either. Additionally, the ridiculously long finish is a nice change if you're familiar with a typical lower proof Woodford Reserve product.

What holds this bourbon back from being considered great is its price. Coming in at $130, Woodford Reserve Batch Proof is priced high for a yearly higher proof release from a major distillery, especially when compared with Elijah Craig Barrel Proof, Stagg Jr, or even Booker’s releases. Sure the argument can be made that this is a limited edition, however limited needs to be looked at subjectively here. These usually don’t fly off the shelves, and there seems to be more than enough to go around every year. For those who do like higher proof bourbon, the asking price is hard to swallow, especially when Brown-Forman themselves has Old Forester 1920 available year round, which is just a few proof points less and under half the cost of Woodford Reserve Batch Proof. That said, for those who do splurge on a bottle, you’ll be pleased with the resulting sip.

‍The sample used for this review was provided at no cost courtesy of Woodford Reserve. We thank them for allowing us to review it with no strings attached.

Buy Woodford Reserve Master's Collection: Batch Proof 2020 Release at Frootbat
‍The sample used for this review was provided to us at no cost courtesy its respective company. We thank them for allowing us to review it with no strings attached.
360 video 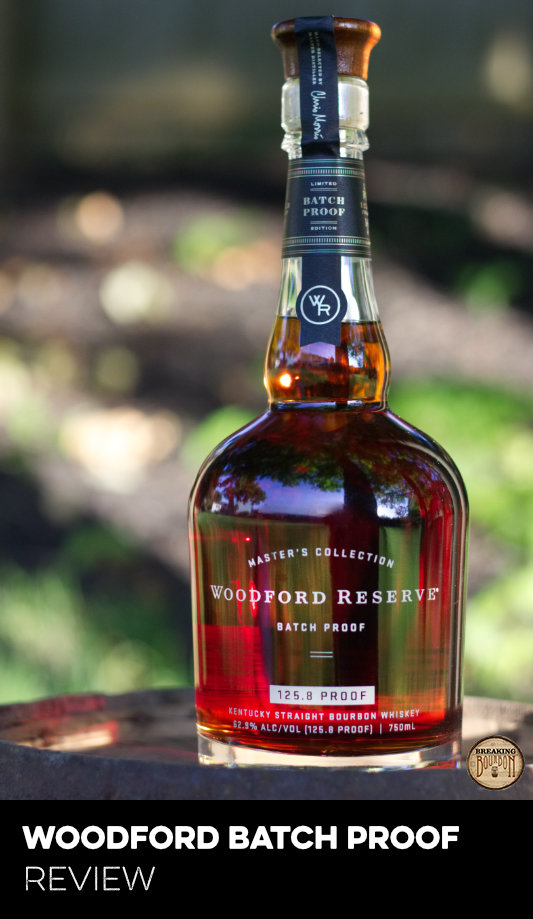