Michter’s US*1 Toasted Barrel Finish Sour Mash uses the company’s US*1 Original Sour Mash Whiskey as its base before undergoing an undisclosed amount of time in a 18-month air-dried barrel that is then toasted. According to Michter’s, the company evaluated different levels of toast before deciding on “one that would best display the elegant nuances of this remarkable whiskey.” Previous editions of Michter’s US*1 Toasted Barrel Finish Bourbon underwent a 26 day finishing time and it is unknown if Michter’s held true to this amount of time for subsequent toasted barrel finish whiskey releases. The bottle in review comes from batch no. 22G2238.

Lively butterscotch, rose petals, and nutmeg form an interesting aroma. Light apricot and apple scents are layered on top, culminating in a complex array of scents. It works because each scent is equally presented with just the right intensity. Approachable yet at times mildly challenging, the aroma is far more than what you may expect it to be.

Light apricot and dried fruit with a hibiscus undercurrent is delivered delicately.  Mild toasted oak notes are woven throughout, but provide little consequence. The palate lacks intensity leading to a far more delicate whiskey than expected. It’s this softness combined with mild flavors that make the palate so approachable. It’s a satisfying sip overall, but it lacks a strong presence that while fine for some, others may demand more.

A soft but noticeable increase of heat is found as the sip closes. Rye spice in conjunction with a more developed leather note adds some vigor to the whiskey. While it's minor, it keeps in line with how this whiskey presents itself. Inoffensive at its core, it tows the line of approachability as its baseline.

As toasted barrel finished whiskeys became arguably the most common finish of the past year, one trait that runs through many of them is balance. This often translated to approachability, mildness, and evenness - traits many producers would love for their whiskeys to have in order to satisfy the largest range of consumers. Toasted barrel finished whiskeys have proven their worth since their popularity exploded, but the unfortunate side effects can sometimes be boring or astringent if held in the barrel for too long.

Michter’s Toasted Barrel Finish Whiskey finds the inoffensive middle ground. If you’re someone looking for a bold whiskey this isn’t it. If you’re someone looking for a smooth whiskey this will be right up your alley. This could be why the company keeps the whiskey to its standard Sour Mash Whiskey’s proof of 86, which makes it that much easier to drink for many and cuts down on any possible sharpness. The flip side is that it's also far from being unique. It doesn’t quite drink like a stereotypical whiskey or bourbon, but it's also not that far off from it either.

With the many toasted barrel whiskeys on the market, competition is at an all time high, and with that, prices haven’t quite found equilibrium. Heaven Hill began releasing their Elijah Craig Toasted Barrel Bourbon in 2020, which currently hovers around $60. Woodford Reserve Double Oak and Old Forester 1910 are both found around $55. Redline Toasted Barrel Finished Bourbon, one of the higher proofed toasted bourbons available, is found for $90. By contrast, this makes Michter’s US*1 Toasted Barrel Finish Sour Mash’s $100 price point a headscratcher. At more than double the price of their standard Sour Mash Whiskey, and bottled at the same 86 proof, it’s a hard sell. Scarcity and high demand for Michter’s toasted whiskeys are likely a major factor adding to the discrepancy in price, but that doesn’t cover the differential. A $15-$20 price bump over the standard’s price would be understandable, but a $53 increase is a hard sell.

Smooth and well balanced, what Michter’s US*1 Toasted Barrel Finish Sour Mash lacks in uniqueness and value it makes up for with approachability.

There’s nothing wrong with this year’s release of Michter’s Toasted Barrel Finish Whiskey. It’s approachable and inoffensive in every way, and that isn’t necessarily a bad thing. However, those who have become connoisseurs of toasted barrel finished whiskeys, won’t find a lot new here. Much like the majority of Michter’s brand portfolio, there is a high amount of quality and consistency offered. Most will likely enjoy Michter’s Toasted Barrel Finish Whiskey, but come at it with appropriate expectations. It won’t likely surprise you, but will likely satisfy you at the very least.

Buy Michter’s US*1 Toasted Barrel Finish Sour Mash (2022 Release) at Frootbat
‍The sample used for this review was provided to us at no cost courtesy its respective company. We thank them for allowing us to review it with no strings attached.
360 video 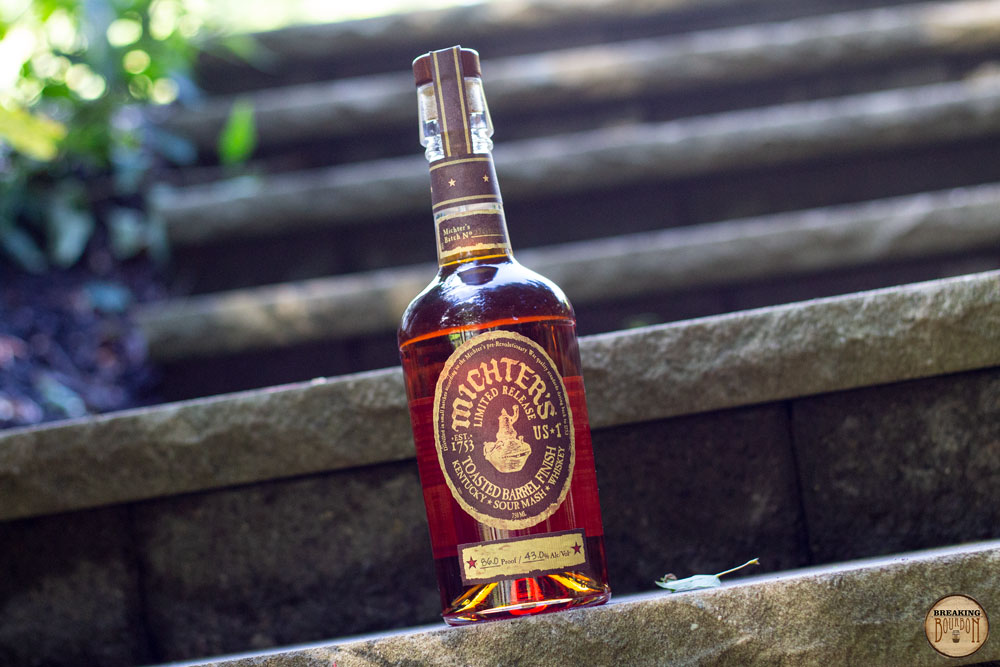 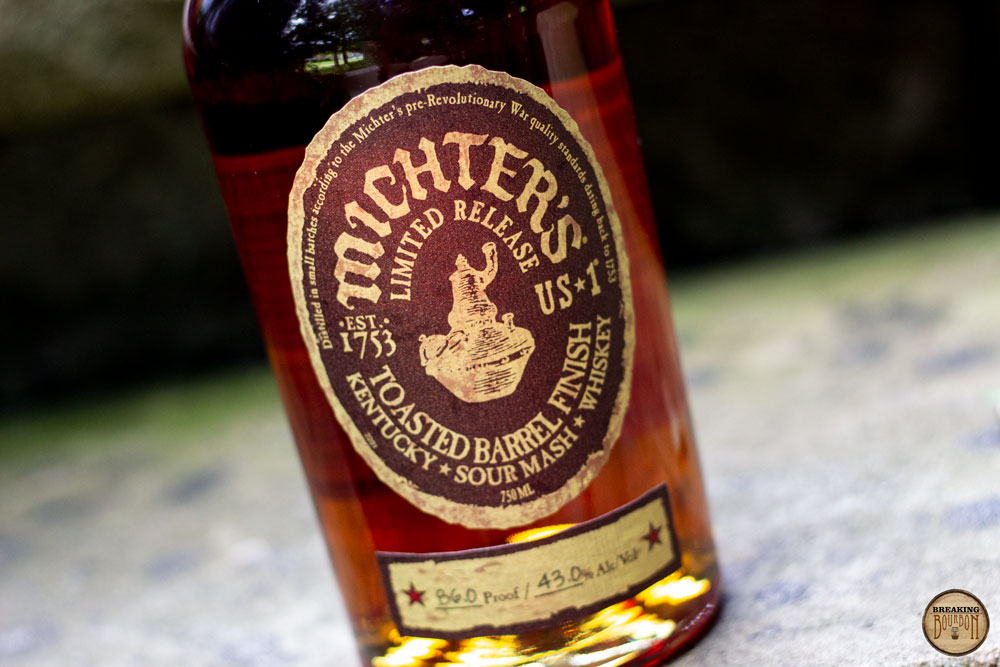 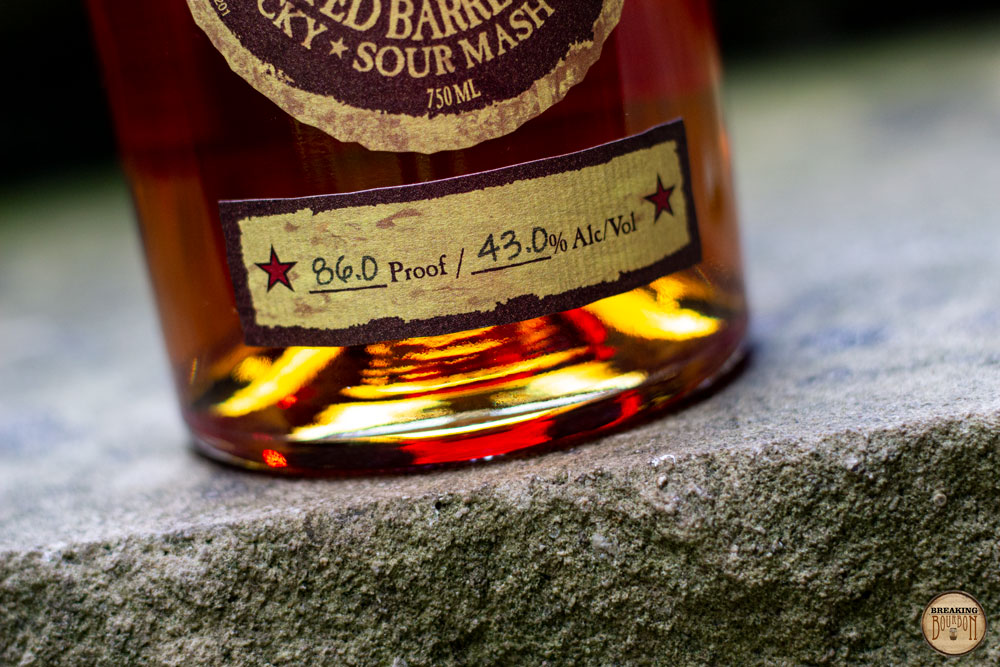 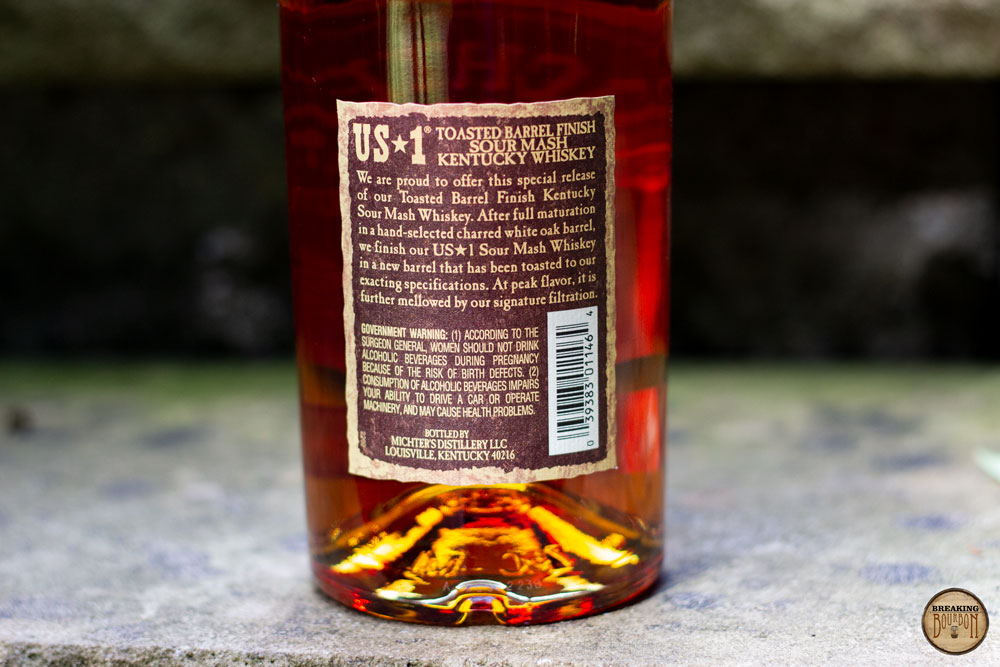