The Michter’s brand has had a storied history. Though not always called Michter’s (it also has gone by the names Bomberger’s, and Pennco at different times), the brand was created in 1753 in Pennsylvania, was the top-selling whiskey in the 1970s and 1980s, went bankrupt in 1989, and then was revived in the 1990s. Michter’s Original Sour Mash was one of the most popular whiskeys decades ago, yet after the company went bankrupt, the brand line curiously wasn’t revived at the same time the company was, waiting until 2012 for it to resurface. In 2019, the company opened their own distilling facilities in the historic 1890 Fort Nelson building in downtown Louisville after an 8 year, $8 million renovation of the decrepit building.

‍‍The term “sour mash” on Michter’s US*1 Original Sour Mash Whiskey’s label refers to the process in which some of the fermented mash is held over from one batch of whiskey to start the fermentation on the next batch. A cost saving and consistency measure that is also said to make the whiskey sweeter and more complex, but also not uncommon, as majority whiskeys and bourbons are made using this process. Michter’s US*1 Original Sour Mash Whiskey is labeled a whiskey instead of a bourbon because according to the company, “the mashbill has a fair amount of rye grain in addition to a fair amount of corn and some barley malt.” This likely means the whiskey has less than 51% corn in its mashbill, the minimum required for it to be called bourbon. Michter’s US*1 Original Sour Mash Whiskey is also filtered.

Potent caramel, fresh cut apple, and a touch of nutmeg loom large. Bouts of vanilla and cinnamon sway in, further adding to the aroma’s pleasant impact. It’s a sweet collection of scents that are hard to find fault with as they veer heavily into classic “bourbon” aroma territory. The aroma isn’t without surprises, with hints of anise deep within. Lacking overt complexity, yet full of zest, it’s a comforting aroma layered with warmth.

The sip is instantly likable thanks to a barrage of sweet flavors of butterscotch, vanilla, caramel, toffee, and coffee cake. It's all the more satisfying with the addition of a silky smooth consistency, which combined with its 86 proof, makes this quite an enjoyable sipper. With cherry, raspberry, and cinnamon bun on the backend, this whiskey tastes very “old fashioned” in nature. While it once again is light on flavor diversity, it offers the definition of palatable in return.

A hit of rye spice, followed by a ramp up in heat provides quite the contrast to the sweet and smooth palate. A layer of dryness envelopes the entire finish, zapping the palate’s sweetness almost entirely. Simple in construction, it provides a strong distinction from the palate but offers little in return.

The “sour mash” process is said to produce a sweeter and more complex whiskey than the alternative “sweet mash” process, and with so many distilleries utilizing the process, it could explain the wealth of sweet bourbon on the market. While I don’t doubt it helps add some complexity, there are so many factors that go into whiskey making, attributing complexity solely to the sour mash process is nonsensical. Simply because this whiskey has “sour mash” on its label doesn’t necessarily make it any more of a recipient of the process than the majority of whiskeys that don’t blatantly state it on their label. In the end, the sour mash labeling is uncommon, but whiskey utilizing it is quite common.

There is no denying Michter’s US*1 Original Sour Mash Whiskey’s sweetness though. It’s front and center on both the nose and palate. While the palate offers a wealth of complementary flavors, calling them complex would be a different story. The finish further proves this in its lacklusterness and singular spice note focus. Michter’s makes mention of a “unique grain selection” without supplying additional details, and my guess is that this likely has a big impact on the whiskey. So while the “sour mash” on the whiskey’s label is somewhat of a rarity, and the whiskey itself is somewhat pedestrian, it’s the palate’s silky smoothness combined with its sweetness that makes it truly stand out.

The whiskey’s silky smoothness takes what would be an average-at-best value for an otherwise average whiskey and helps prop it up in more ways than one to justify its asking price. Despite an impressive nose and an enjoyable sweet palate, the whiskey’s overall baseline doesn’t immediately impress. A lot of this has to do with a lackluster finish, but also with ‘the palate’s mild complexity. Yet, when the silkiness is added to the equation, the whiskey has no issue justifying its asking price, and for some, might even qualify it as an even better value.

Easy to overlook and confusing to understand the meaning of its branding, Michter’s US*1 Original Sour Mash Whiskey takes an otherwise average whiskey and propels it higher thanks to a silky smooth and sweet fruit-forward palate.

Throughout my time with the whiskey, I kept coming back to how much it reminded me of whiskeys from the ‘70s and ‘80s. It’s silky smooth consistency and sweet flavor profile propped up with cherry, butterscotch, vanilla, and caramel screams dusty whiskey territory to me. It’s a delight to “chew” on this whiskey and allow its approachableness to wash over you. It’s a shame the finish is such a let down since the nose and palate have so much to offer in their own right. That said, Michter’s US*1 Sour Mash Whiskey is a delightful whiskey that is a joy to drink, but still stumbles in certain regards.

Buy Michter’s US*1 Original Sour Mash Whiskey at Frootbat
‍The sample used for this review was provided to us at no cost courtesy its respective company. We thank them for allowing us to review it with no strings attached.
360 video 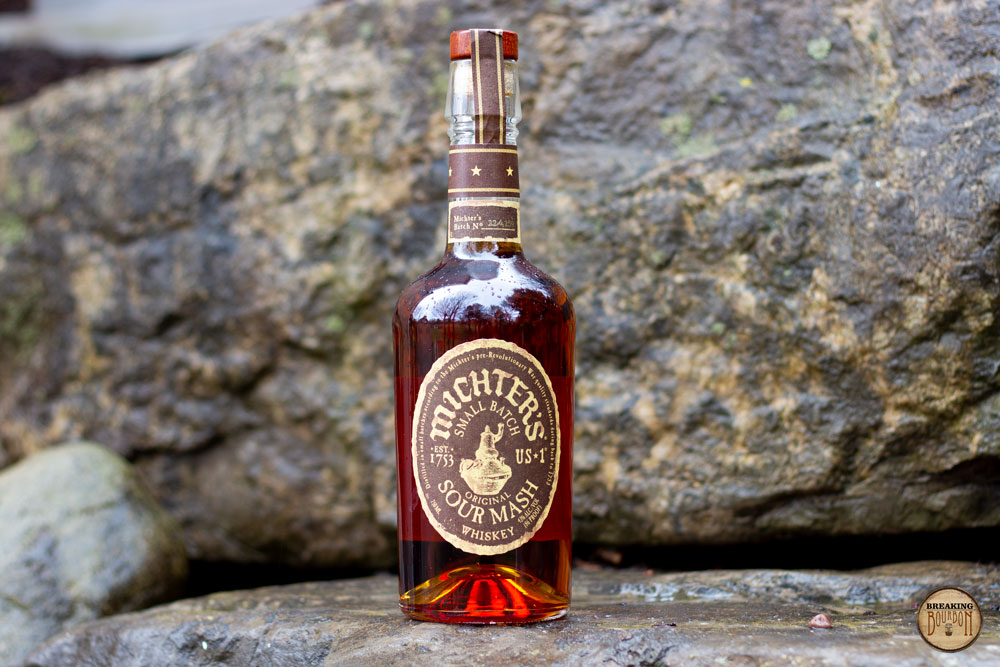 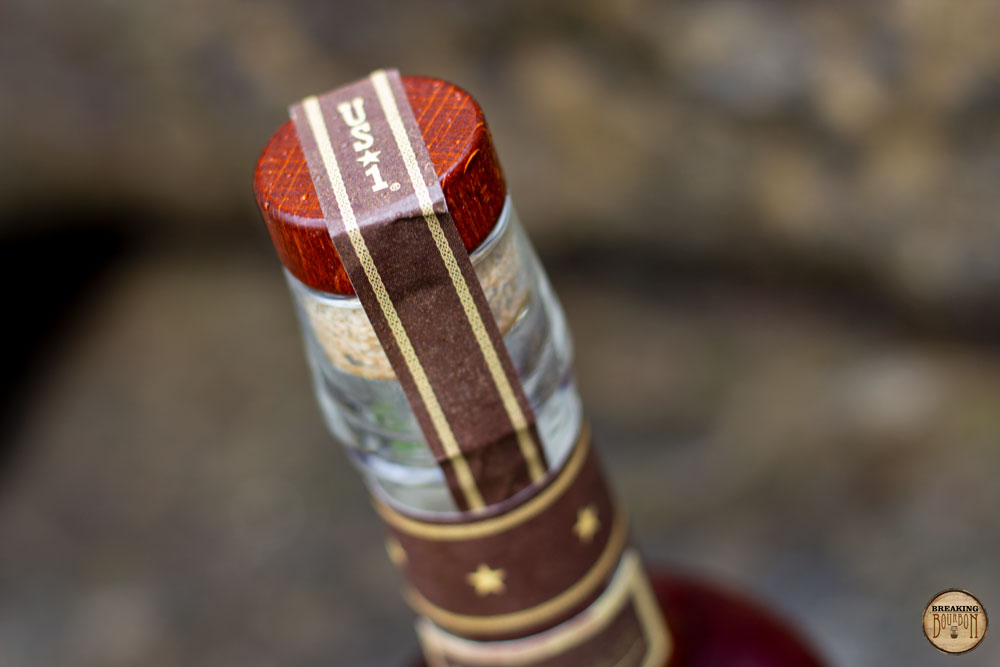 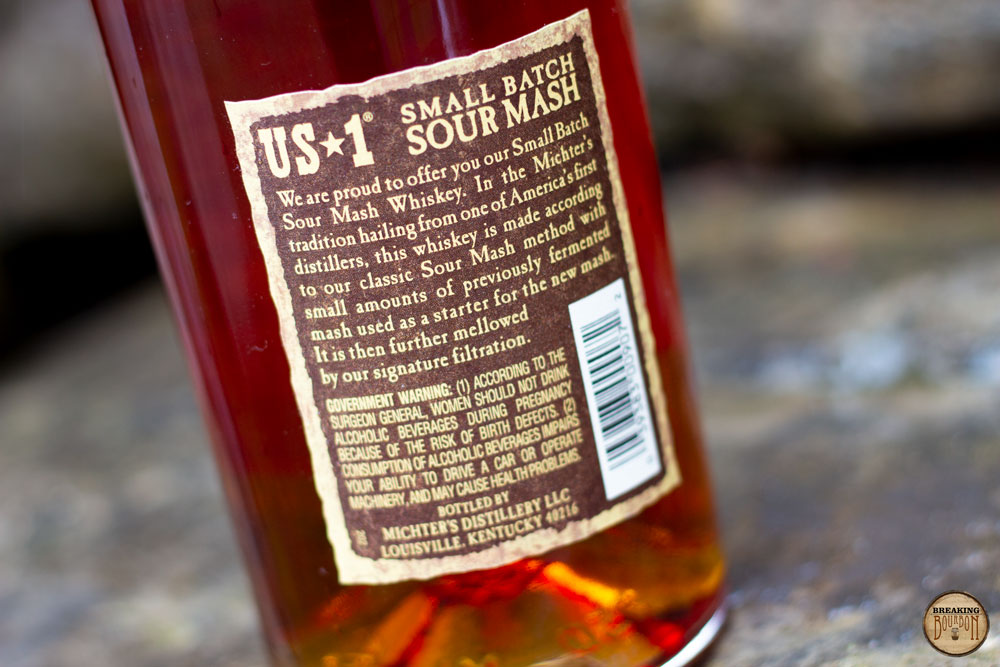