The Michter’s brand has a storied history. Though not always called Michter’s (it also has gone by the names Bomberger’s, and Pennco at different times), the brand was created in 1753 in Pennsylvania, was the top-selling whiskey in the 1970s and 1980s, went bankrupt in 1989, and then was revived in the 1990s. In 2019, the company opened their own distilling facilities in the historic 1890 Fort Nelson building in downtown Louisville after an 8 year, $8 million renovation of the decrepit building.

‍‍‍‍Michter's US*1 Barrel Strength Rye Whiskey is made primarily of rye grains, though the exact mashbill is undisclosed. Once the grains have been fermented, they are distilled through a copper pot still. The rye distillate enters the barrels at 103 proof, which is considerably lower than than many other brands.

‍‍‍‍‍‍Michter's US*1 Barrel Strength Rye Whiskey is a single barrel product though its front label makes no mention of it. The bottle in review comes from barrel no. 22B303.

Sharp cinnamon and butterscotch flow strongly from the glass. A deep and rich cherry scent follows instantly grounding the aroma. A flex of marmalade, graham cracker, and leather further pop with distant oak in the background. It comes together extremely well due to its forcefulness of both scents and intensity.

Burnt orange peel, robust dry oak, and blackstrap molasses create an interesting and surprising opening to the sip. These flavors come across as much darker and more intense than you typically find with higher proof ryes. As a result, some light astringency develops. Additional notes of rich vanilla and toasted rye spice round out its flavor profile adding balance. Like the nose, the whiskey is forceful, even punchy in parts, asserting its influence with precision.

Leather and dry oak are domineering over the finish’s finer notes of gingerbread and melted caramel. Hints of molasses can still be tasted but are far less assertive at this point in the sip. Some astringency is further felt which is carried on the back of the finish’s peppery rye spice. It’s a potent finish, giving you all it's got which makes it come across hotter and punchier than its proof suggests.

Michter’s still sources their rye from an undisclosed distillery. For their standard rye product, Michter’s US*1 Single Barrel Rye, they release it as a single barrel to help it stand out in the market. On paper there isn’t a lot that makes Michter’s US*1 Barrel Strength Rye stand out on its own. It’s a limited release, but no extra information on its curation or story is given to help sell it. Its proof often hovers around 115 which is where many barrel proof ryes land nowadays.

As such, Michter’s allows their barrel proof rye to speak for itself. Like its lower proof brethren, being a single barrel helps add a lot of extra character to it. Despite its sourced origins and many other ryes in a similar proof range, its flavor profile helps it stand out where it ultimately counts. Its nose is uncharacteristically forceful, its palate much darker flavored than most ryes, and its finish much hotter than you’d expect. Taken together, the rye does a great job being its own thing despite being sourced from a company we’re all probably familiar with if it were ever to be revealed. The palate alone with its burnt orange peel, molasses, dry oak, and toasted rye spice may not be revolutionary, but it's enough to be quite memorable and unique.

As a limited release that is quietly released each year, there is a brief fanfare that happens upon Michter’s US*1 Barrel Strength Rye’s annual release. Michter’s never makes a big deal about it, and the brand's fans aren’t very vocal about it either. Perhaps it is one of modern whiskey's best kept secrets and fans simply don’t want the word to get out about it.

At $100, it's not cheap and always seems more than I’d expect it to be, especially since it doesn’t carry an age statement, a characteristic that often suggests what its asking price might be. With most major limited releases that come with their expected fanfare well over the $100 price point, Michter’s $100 doesn’t seem all that bad in comparison. Given this and add in its single barrel, barrel strength designation, I’m sure there’s more than a few brands that would double the price of this bottle if they could offer the same. As it currently stands, it's a great tasting whiskey that is uncommonly a barrel strength single barrel rye that easily commands its price and probably then some.

A bold and dark tasting rye that stands out for its unique flavor profile.

Michter’s has a knack for taking sourced whiskey, offering it with next to no fanfare, and managing to reach an respectable quality bar all while making the whiskey their own. I’ve been continually impressed by the company’s releases, notably their Sour Mash Whiskey and Single Barrel Rye. That continues with Michter’s US*1 Barrel Strength Rye. With a forcefulness spotlighting its rich and darker tasting flavor profile, it does well to differentiate itself from the market. With the amount of sourced products available it can be hard to get excited for yet another one. Michter’s is an old company that has gone through drastic changes and the company from 40 years ago or the company from 10 years ago, isn’t the company it is today. But perhaps from their longstanding tenure they’re able to pick and choose great barrels that exhibit a bit more than you’d expect. So far, that is the case with every Mitcher’s product I’ve tasted.

Buy Michter’s US*1 Barrel Strength Rye at Frootbat
‍The sample used for this review was provided to us at no cost courtesy its respective company. We thank them for allowing us to review it with no strings attached.
360 video 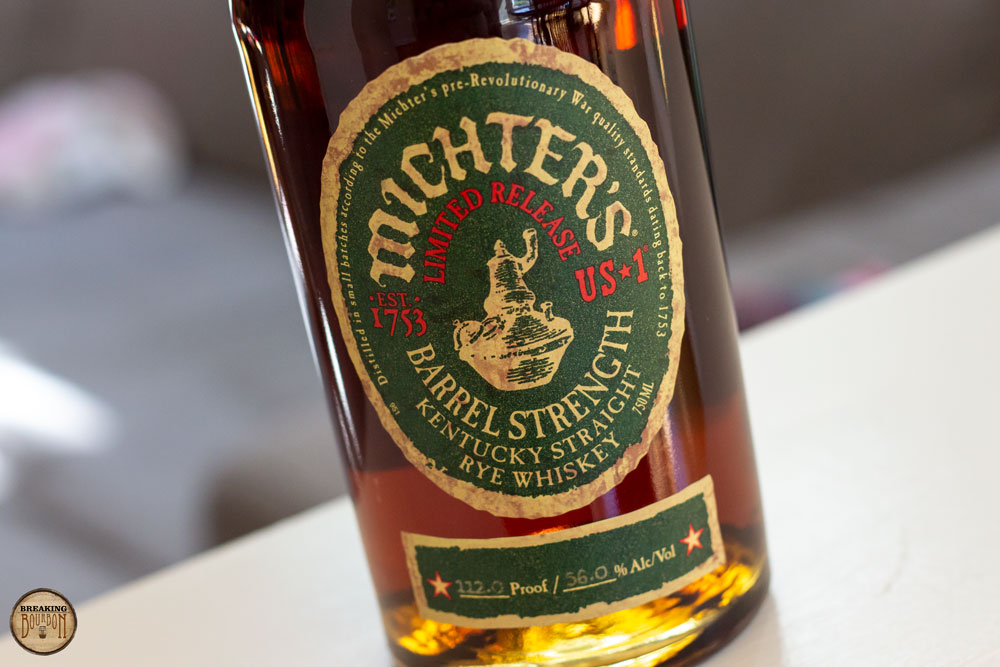 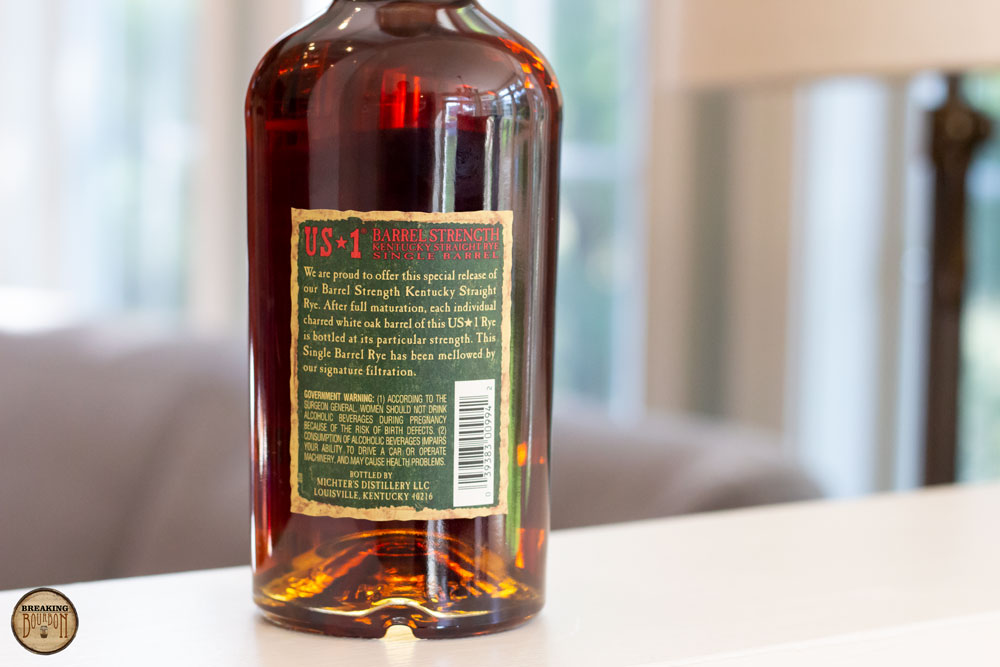 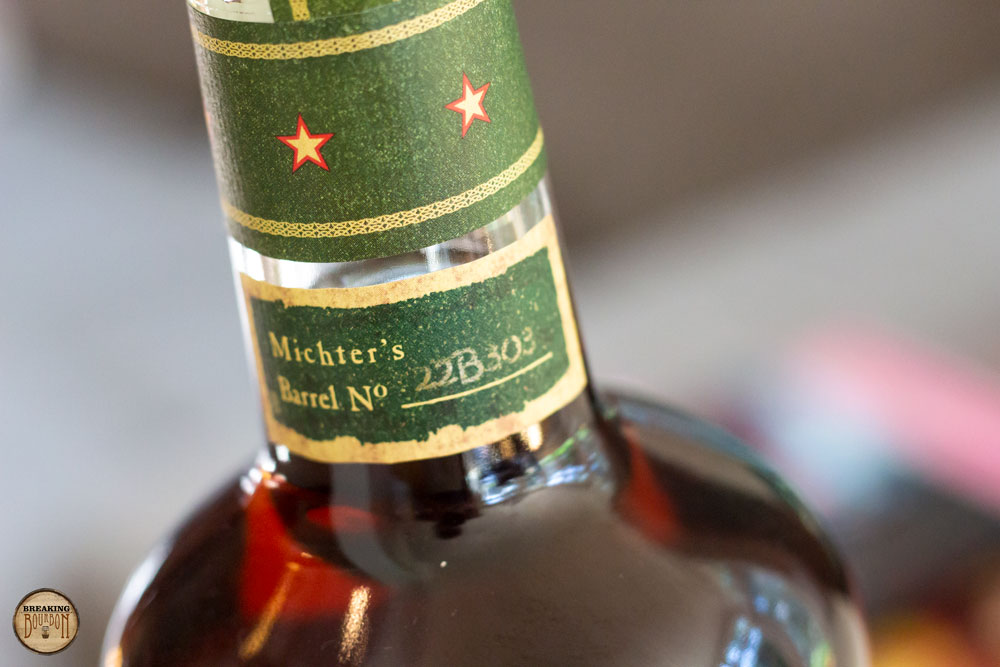 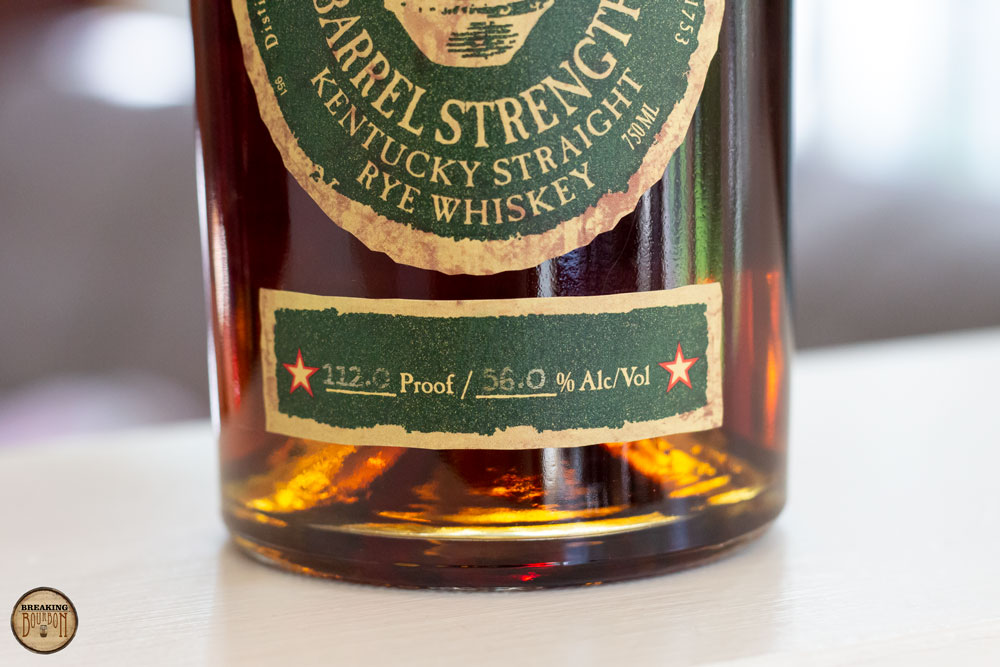