The Michter’s brand has had a storied history. Though not always called Michter’s (it also has gone by the names Bomberger’s, and Pennco at different times), the brand was created in 1753 in Pennsylvania, was the top-selling whiskey in the 1970s and 1980s, went bankrupt in 1989, and then was revived in the 1990s. In 2019, the company opened their own distilling facilities in the historic 1890 Fort Nelson building in downtown Louisville after an 8 year, $8 million renovation of the decrepit building.

‍‍Michter's US*1 Single Barrel Straight Rye Whiskey is made primarily of rye grains, though the exact amount is undisclosed. Once the grains have been fermented, they are distilled through a copper pot still. The barrels are aged in a heat-cycled warehouse, which forces the wood to expand and contract in a more controlled environment. Michter's regulates the barrels and eventually decides when the whiskey has reached the company’s desired flavor profile and not necessarily a desired age.

A pleasing introduction of caramel, cherry, and green apple. Additionally, rye spice adds potency, while oak provides a well-rounded base to the aroma. It is nicely constructed, with equal time given to sweet and savory notes driving home the effectiveness of the nose. A surprise opening I wasn’t expecting given the whiskey’s proof.

A warming rise of baking spice, caramel, and oak give way to sweet cinnamon buns. A light buttery mouthfeel adds some soft texture before delicate citrus notes move in. The whiskey’s spiciness is kept in check, and while the palate avoids being overly sweet, it definitely leans in that direction. The whiskey’s proof keeps its flavors from being overly potent, instead providing a gentle and soft delivery of flavors. The whiskey is nicely constructed, only hindered by its proof.

The finish turns noticeably dry on its onset. Slowly, a prominent note of gingerbread is introduced before oak and leather take over the finish’s focus. Soft pepper notes linger on the whiskey’s aftertaste keeping in line with the overall tone of the finish. Overall light and accessible, it manages to maintain balance as the finish concludes.

With Michter’s US*1 Single Barrel Straight Rye sporting an 84.8 proof point, it’s rather perplexing as many brands have moved away from the 80 proof range. Michter’s has always gone for the most widespread appeal with their brands, so perhaps this shouldn’t be too surprising. With a noteworthy array of flavors, hitting a 90-100 proof range would have likely put them in an even better spotlight, elevating this rye to a higher level.

Taken as is, there’s an inherent degree of approachability to this rye that will likely buck some drinkers’ assumptions about rye whiskey, and it isn’t completely due to the whiskey's low proof. Michter’s US*1 Single Barrel Straight Rye still features many traditional attributes that are associated with rye whiskeys, but Michter’s has seemingly done everything in their power to round out this rye’s edges. Nothing hits too hard or fast with it. Its rye spice and pepper is quite tame, and where other ryes can rely on fruit to combat this, Michter’s US*1 Single Barrel Straight Rye doesn’t. It's not even overly sweet either. The question arises: “Just what kind of rye is it?”

While no one attribute stands out about this whiskey, that’s also what makes it partially unique too. It has some fruit notes, but also dry, leathery ones too. It has some sweetness, but also some spicy ones to counter them. Its proof makes it soft and approachable and its slight buttery mouthfeel drives this point home. While no one flavor aspect of Michter’s US*1 Single Barrel Straight Rye will make it easy to pick out in a line up, it's the whiskey as a whole compared to other more aggressive ryes or other lifeless 80 proof ryes that will ultimately make it stand out (at least a little bit).

Given the whiskey’s proof, one could expect this to land in the high $30 range. With rye generally hitting a smaller pool of consumers than the all mighty bourbon does, rye prices tend to bow higher. But it's the whiskey’s single barrel designation that goes a long way to justifying its price point. Particularly in this price range and proof, few single barrel ryes exist and is perhaps the reason Michter’s goes to the trouble of single barreling this product. It helps add just enough value to justify its price despite its relatively low proof. Michter’s can hit a more widespread group of whiskey drinkers with its proof and maximize the number of bottles it gets out of a barrel. It’s hard to call an 84.8 proof whiskey for $45 an average value, but with the lack of single barrel ryes and the overall quality sip it offers, it pulls it off.

Don’t let the proof steer you away, this 84.8 proof rye may surprise you with its well balanced flavor profile and single barrel designation.

Many whiskey drinkers often stick up their nose at 80 proof whiskeys as so many of these whiskeys have so little to offer to a particular subset of whiskey drinkers. So here comes Michter’s US*1 Single Barrel Straight Rye offering an 84.8 proof whiskey for $45. It would seem like a recipe for disaster. But once again Michter’s surprises. Much like how Michter’s US*1 Original Sour Mash Whiskey was more than it seemed, Michter’s US*1 Rye follows a similar trajectory. It’s a surprisingly approachable rye, not just because of its proof, but because of the overall balance of it. Just like Michter’s US*1 Original Sour Mash Whiskey, it sports a delicate mouthfeel that benefits it greatly. Throw in a unique single barrel classification for a rye of this proof, and it begins to have more character than you might expect any 80 proof whiskey might have. While it's still ultimately hindered by its proof, it does its best to make up for it.

Buy Michter’s US*1 Single Barrel Straight Rye at Frootbat
‍The sample used for this review was provided to us at no cost courtesy its respective company. We thank them for allowing us to review it with no strings attached.
360 video 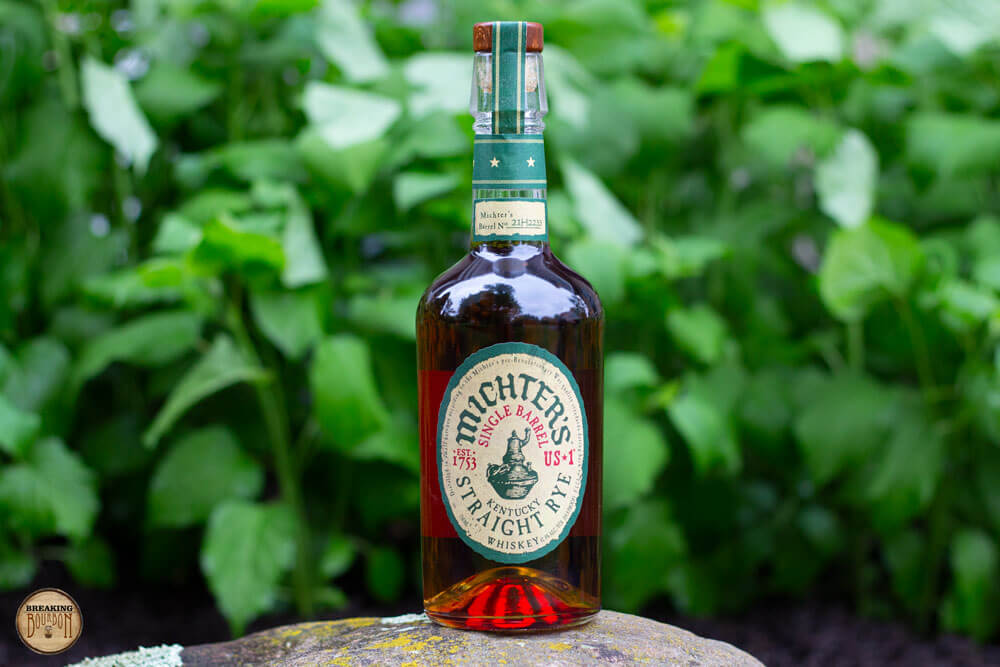 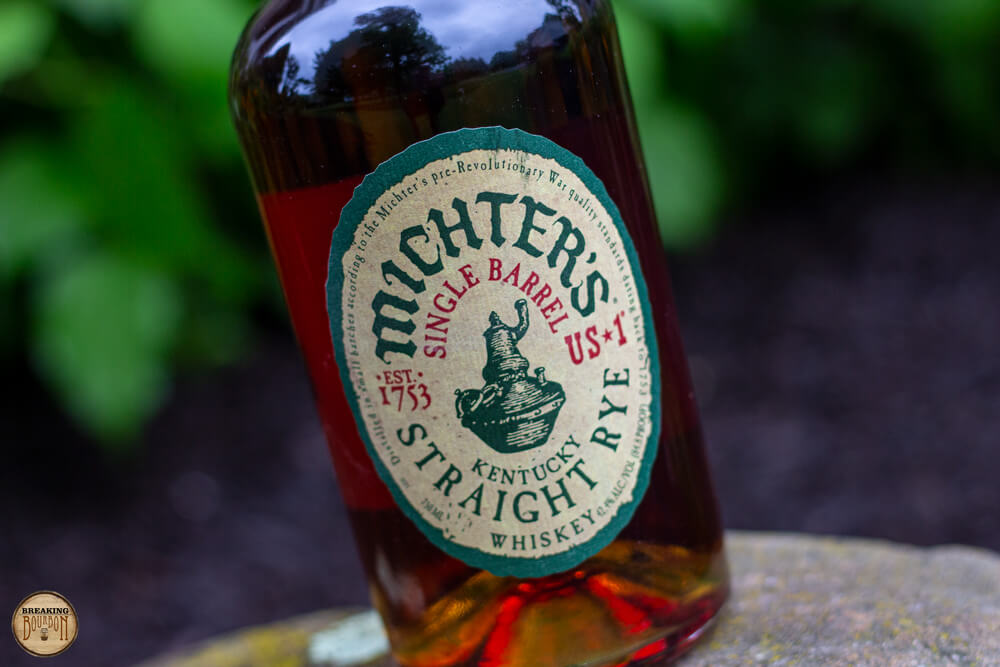 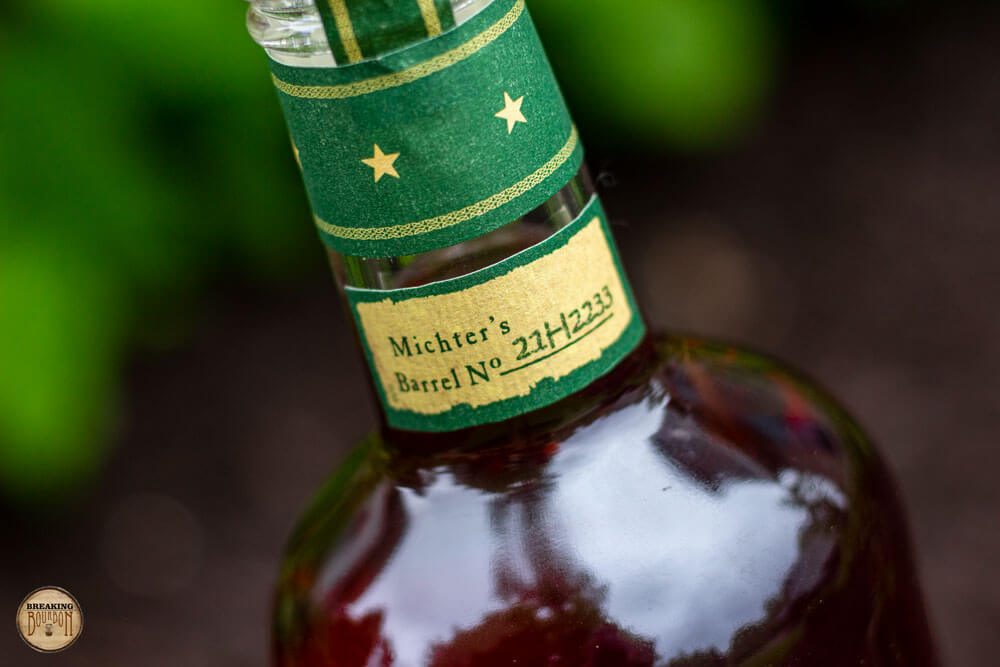 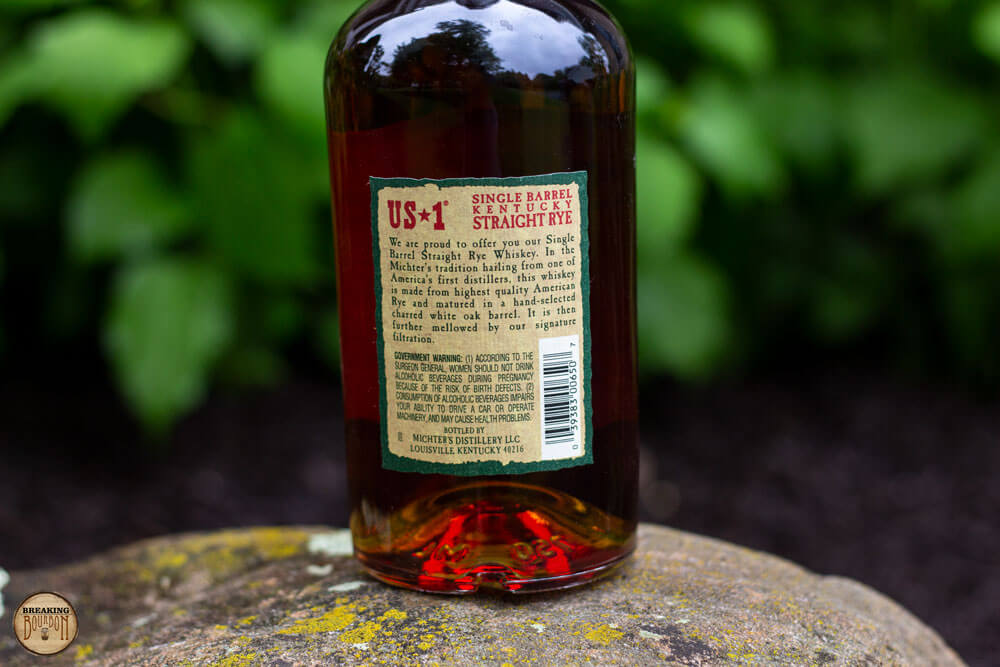