Distillery: Sourced from an undisclosed distillery in Tennessee

Scents of green apple, caramel corn, and cherry are gentle and approachable. Layers of oak, vanilla and light cinnamon reside deeper, producing a nice contrast to each other as they open up. The aroma is very satisfying as it expands and its scents meld together. The rye finds equal ground between its sweet, cinnamon, and oak scents, producing an aroma with some heft and vigor.

Rye spice hits first before warm layers of dark fruit develop. This interplay produces a decidedly darker tasting rye than is typically experienced. As such, notes of plum and black cherry take control leading to a rise of tobacco and oak. Paired with ample intensity for its 100 proof point, the palate’s flavors hit with weight and effectiveness.

The finish complements the palate, with the two sharing many of the same flavors. The dark fruit continues and is met with caramel and light dry tannic oak. Furthermore, the rye spice continues its reign, producing jolts of spice throughout the finish. Its lingering dry and tannic oak aftertaste produces mixed results and ultimately takes the finish down a notch.

Kooper Family Whiskey has been around for a while, but you may not have heard of them as their distribution is largely limited to Texas. I was pleasantly surprised by their standard Kooper Family Rye in 2020. It was a 5 year old blended rye from MGP and an undisclosed distillery in Tennessee, but finished in a bourbon barrel, and the end result was quite impressive.

Kooper Family Runaway Rye is once again sourced from a distillery in “southern middle”  Tennessee, but before you automatically think Dickel, the breadcrumbs the company has scattered don’t point to it. It’s sourced from a central Tennessee distillery, which could be Dickel, but eight years ago their rye was sourced from MGP and featured a 95% rye, 5% malted barley mashbill. This 51% Rye, 36% Corn, 13% Malt was column distilled. There’s also the possibility the Tennessee distillery they received it from sourced it themselves almost 9 years ago.

With that out of the way, the real interesting aspect of this rye is the journey it found itself on. Aged for 3 years in Tennessee, it was then transferred to Texas Hill Country for ~2 years, before being transferred to Central Texas Prairie and resting for another ~3 years. Whatever this rye started out as, aging 8 years and 9 months in three different southern climates has produced a unique tasting product.

As Texas whiskey is often known for its boldness due to it aging in hot Texas summers, Runaway Rye doesn’t feature those same characteristics to quite the same degree. The palate is notably dark and heavy. The finish features a rye spice bite and lingering tannic oak. While Runaway Rye has ample intensity for its 100 proof, I wouldn’t call it “unapologetically bold” like we did for Garrison Brothers Texas Bourbon.

Few ryes match Runaway Rye’s age statement, and as a result, they aren’t able to feature the same dark flavor set. While the flavors themselves don’t reinvent the rye flavor profile, it's the way Runaway Rye is able to spin them, lower them an octave, while amplifying its rye spice. It’s just enough of a tweak to make it memorable.

Kooper Family Runaway Rye has had quite the journey to get where it currently is. While it's not always advertised, many barrels that are sourced often have disorderly journeys. But there was something about these three barrels that Koopers Family must have seen potential in. A rye featuring an 8+ year age statement is impressive no matter how you cut it. It was impressive 10 years ago, 5 years ago, and it still is today. High aged rye is uncommon in the marketplace, even more so if it isn’t coming from MGP. With that, age inherently affects price, perhaps even more so than bourbon in a similar age range.

That’s why it's such a surprise Kooper Family is only pricing this release at $70. With who was distilling rye in 2013, combined with its aging in hot climate for almost 9 years, and its resulting flavor profile, the rye market doesn’t find itself with a release like Runaway Rye very often. Due to its small batch size and regional availability, it will be difficult for most to find. Though those near Ledbetter, Texas will find themselves with a no-brainer purchase of a high aged rye that is surprisingly underpriced for what it offers.

A rye that found itself on an 8+ year journey, finally finds home in Texas with a unique tasting pour in tow.

It’s always a treat any time you can experience a high aged rye. Like bourbon, age doesn’t equate greatness, but there’s often something special about rye near the decade mark. Having aged 5+ years in Texas likely deepened its flavor profile while also bringing out some mild tannic and dry oak notes. Where you might be briefly fooled thinking it was a bourbon based on its darker-than-normal flavor profile, there’s no mistaking its powerful rye spice notes throughout. Kooper Family Runaway Rye remains punchy despite its age and sets out to prove it's not about where you came from, but the journey you take to get there.

Buy Kooper Family Runaway Rye at Frootbat
‍The sample used for this review was provided to us at no cost courtesy its respective company. We thank them for allowing us to review it with no strings attached.
360 video 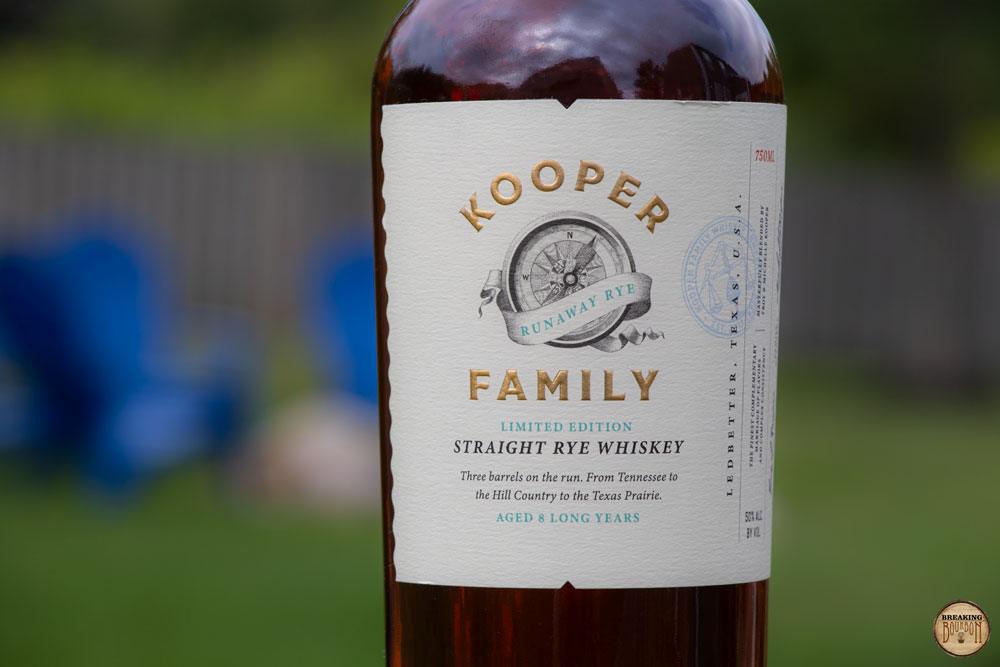 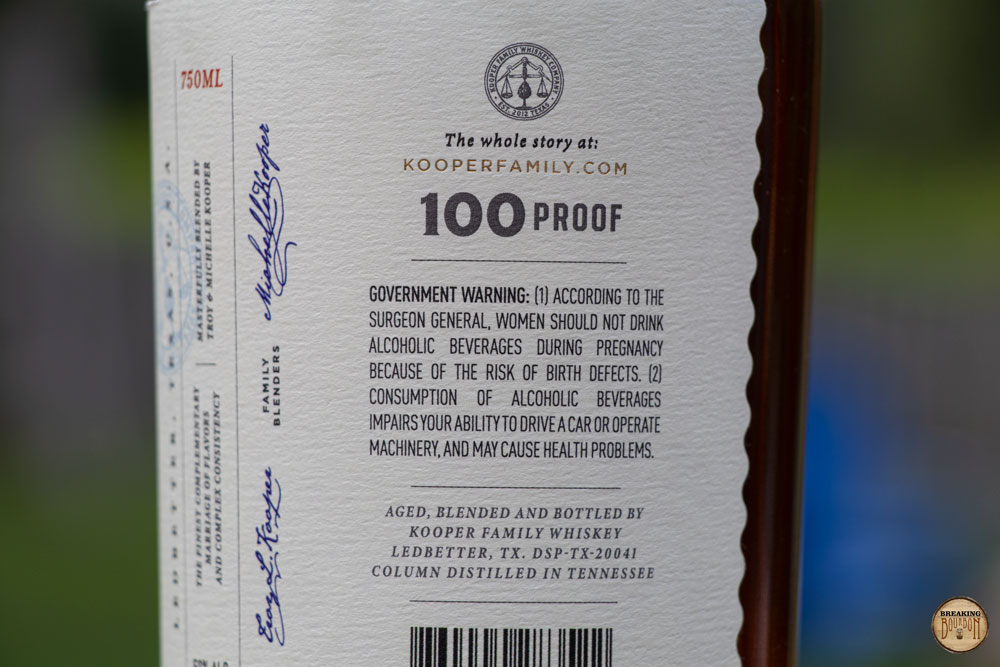 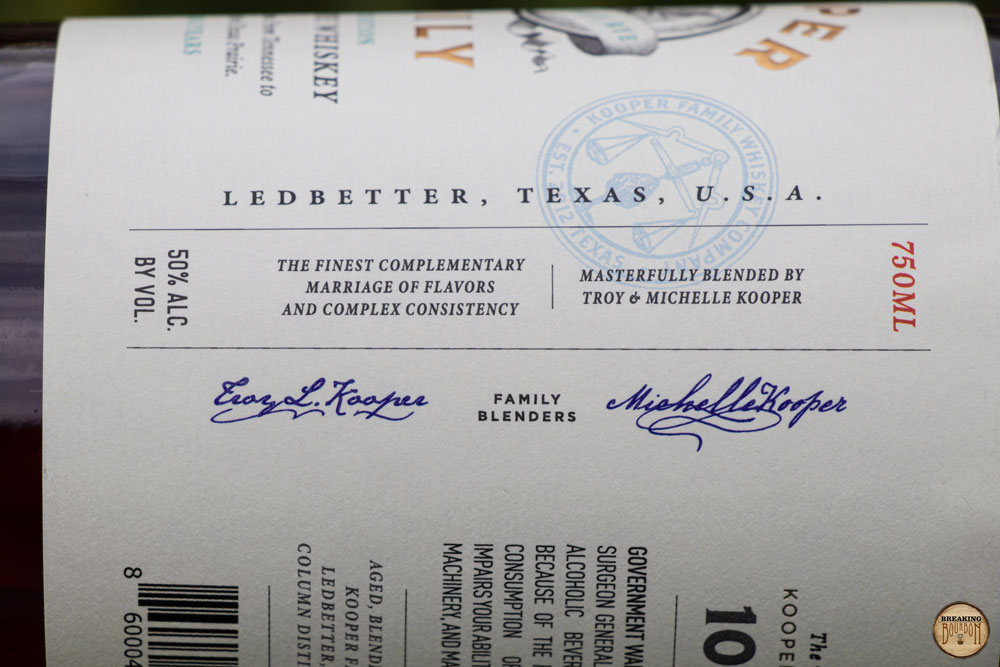 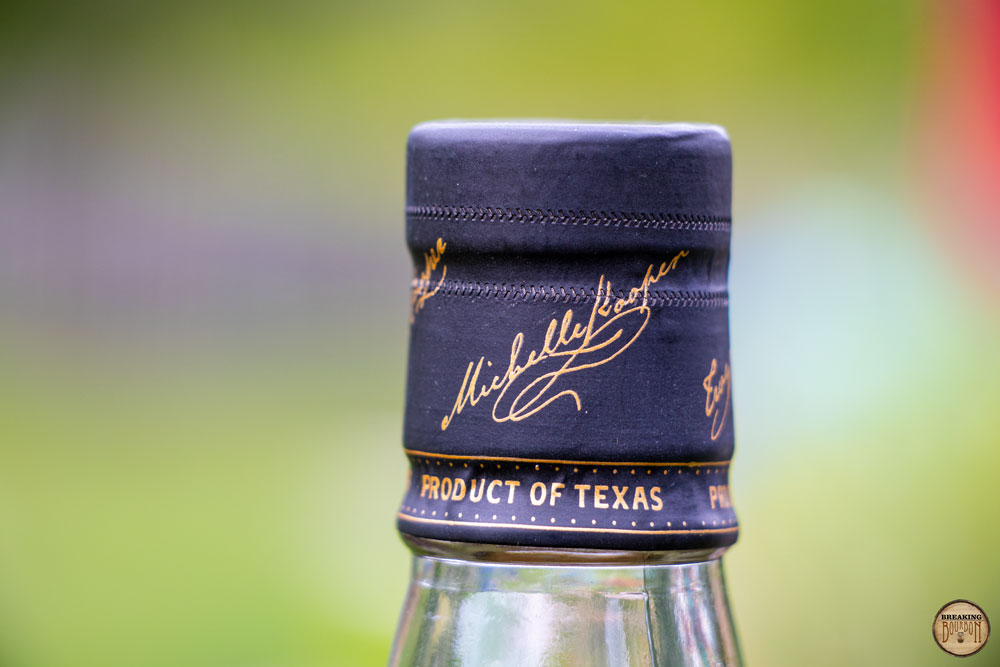