Jack Daniel’s created their “first new grain bill in 100 years” for their rye whiskey line. Single Barrel Special Release Barrel Proof Rye is the company’s fifth rye release. They started with Unaged Rye in 2012, Rested Rye in 2014, Single Barrel Rye in 2016, and Tennessee Rye in 2017. According to the company, the whiskey uses the same cave spring water from the Jack Daniel’s Hollow and proprietary yeast that’s been used in the distillery’s 150 year old Tennessee Whiskey recipe. The rye is aged in the upper regions of their barrel house where it’s exposed to increased temperature variation.


Jack Daniel’s Single Barrel Special Release Barrel Proof Rye is a limited edition release first released in 2020, with the possibility of annual releases thereafter. The 2020 release comprised 200 barrels in total, and was released in single barrel form with proofs ranging from 125-140. The barrels included in the release held whiskey that was subjected to Jack Daniel’s charcoal mellowing process, and according to the company, were aged in the highest levels of the rickhouse(s).

The bottle in review is identified as bottle number BPR-13568. Individual bottles can be registered on Jack Daniel’s website.

Peppery rye spice bombards the senses with sweet molasses, dark fruit, and a waft of smoke layering in. Aged oak, raisin, and hint of classic Jack Daniel’s banana notes follow, adding additional depth. The intensity is manageable considering the proof, but still lets you know a bold sip will follow.

A generous amount of butterscotch sweetness is immediately followed by waves of spice. Toasted oak, raisin, and burnt caramel filter in, along with a hint of Dr. Pepper sweetness. This barrage of sweet-spicy flavors is delivered with a thick, creamy mouthfeel that grips the tongue and coats the mouth, making for a robust, spicy palate complemented by welcomed sweet notes.

Tapering spice is further complemented by hints of molasses and raisin. Light oak and a trace of smoke mingle in, creating a long finish that transitions from spicy to sweet. As enjoyable as it is memorable, the finish pulls everything together making for a fantastic close to a fine whiskey.

Since its release in 2016, Jack Daniel’s Single Barrel Rye has been on our radar. It offers a unique flavor profile and a healthy amount of character, but at only 94 proof. About a year later, Jack Daniel’s released Tennessee Rye, a batched version at a slightly lower proof. As Eric noted in his review, the transition from single barrel to batched translated to some loss in character, the batched Tennessee Rye offers a less creamy mouthfeel, less intensity, and comes across more straightforward overall. Notably, Jack Daniel’s classifies Single Barrel Rye as a “Rye,” while Tennessee Rye is classified as a “Straight Rye.”

Not surprisingly, Jack Daniel’s Single Barrel Special Release Barrel Proof Rye delivers in all the ways anyone could hope that it would. At a much higher proofpoint, the sip is intense and offers a thick, creamy mouthfeel. While peppy rye is a highlight, the spice is kept in check with sweeter notes from start to finish. Likely a result of the charcoal mellowing process, it’s a welcome quality and one that allows this rye to separate itself from many other high proof, high rye mashbill ryes in the marketplace, which tend to veer more heavily towards the intense spice notes. While rye options are expanding in general, the landscape of ryes is still quite a bit thinner than bourbons when it comes to options, resulting in few, if any, that elicit a similar overall comparison to the flavor profile found here. Despite this, Jack Daniel’s Single Barrel Special Release Barrel Proof Rye does not have a shockingly unique flavor profile, though it tips the scale far enough to separate itself from other ryes in the marketplace, and the fact that it's a single barrel released at barrel proof makes it that much more its own beast.

What is interesting is the fact that this particular release is classified as a Rye - not a Straight Rye - similar to the lower proof Single Barrel Rye but in contrast to their batched Tennessee Rye. All three ryes undergo the charcoal mellowing process, and none offer an age statement but are presumably at least four years old. So the question is, what is different about Single Barrel Special Release Barrel Proof Rye (and the standard single barrel version) that make them different from Tennessee Rye? Are coloring/flavoring/blending materials added as allowed by law, is something else at play, or is it simply a strategy to differentiate their rye from any ryes not created in Tennessee? We reached out Jack Daniel’s to clarify, but have not received a reply yet.

Jack Daniel’s is quickly solidifying their position as a whiskey brand that can not only satisfy the masses, but also one that can satisfy die hard whiskey enthusiasts. I noted this years ago when I reviewed their Single Barrel Barrel Proof Tennessee Whiskey, and this whiskey received plenty of compliments within the whiskey community but has remained relatively accessible and quickly became not talked about. Over the years as we reviewed their rye releases, it seemed there was little fanfare around them, and wondered why there wasn’t more excitement despite its overall high quality.


And then like a storm waiting to land, the company unleashed Single Barrel Special Release Barrel Proof Rye, and everything felt like it finally came together. At only $65, it’s a solid value and being the first rye iteration in their Limited Release series it’s definitely a release that’s worth seeking out. And just like, demand for Jack Daniel’s annual limited release seems to have finally caught up with our expectations. With that being said, consumer sentiment might be a bit overboard on this release, as it’s already showing up for quite a bit more online. It’s a great deal at $65 with a fair price being closer to $100, especially considering it's only $15 more than the 94 proof Single Barrel Rye which is priced at $50.

Jack Daniel’s nails this single barrel rye, with a bold rye whiskey that’s sure to get the attention of any whiskey enthusiasts who have avoided Jack Daniel’s thinking they only serve the mainstream and don’t know a thing about rye.

It’s exciting to see impressive release after release from Jack Daniel’s, and I am sure this is not the last. Single Barrel Special Release Barrel Proof Rye hits all the right marks, and at $65 (if you can still find it) offers a great value. Being a single barrel, it will vary from barrel to barrel, and if the variation is as much as the Single Barrel Barrel Proof Tennessee Whiskey that could be a pretty wide range. If you don’t happen to find a bottle though, put it on your radar for upcoming years as I would wager this won’t be the last time we see a single barrel, barrel proof rye from Jack Daniel’s. Most importantly, start paying closer attention to Jack Daniel’s if you haven’t started already.

Buy Jack Daniel’s Single Barrel Special Release Barrel Proof Rye at Frootbat
‍The sample used for this review was provided to us at no cost courtesy its respective company. We thank them for allowing us to review it with no strings attached.
360 video 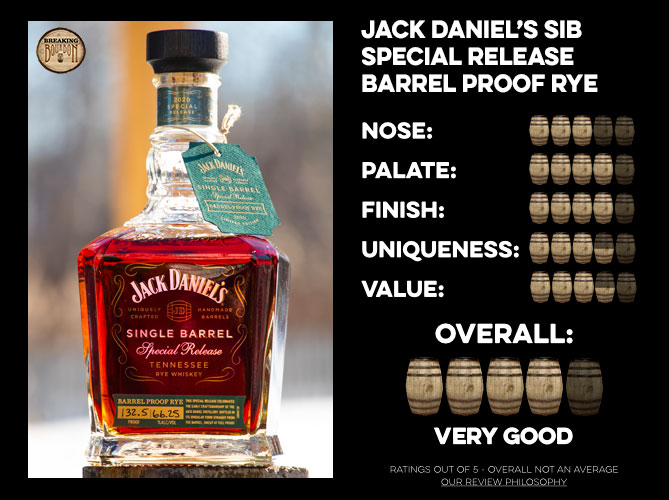 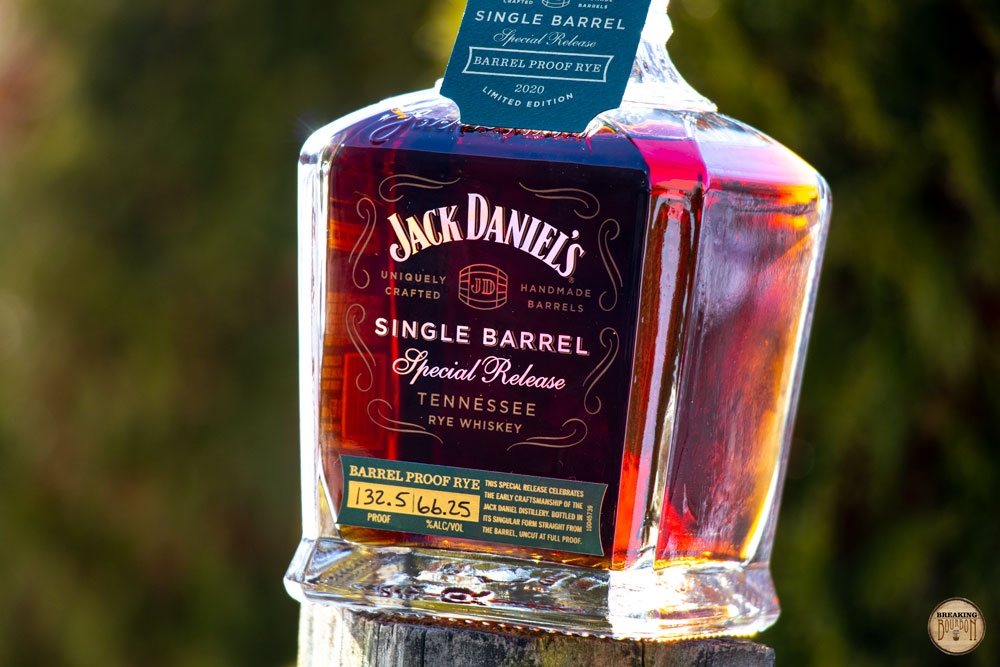 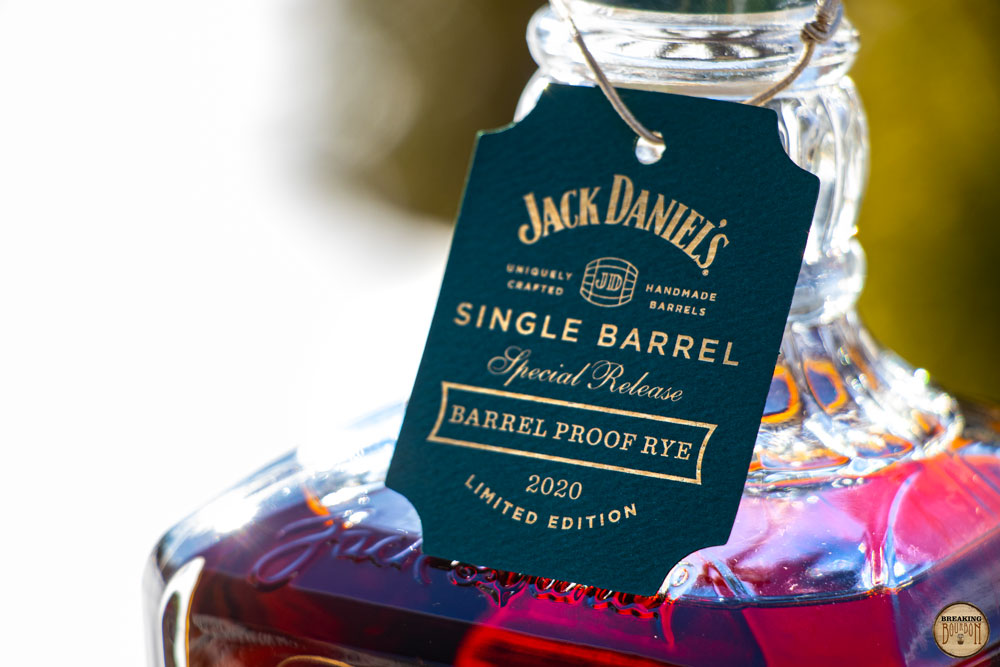 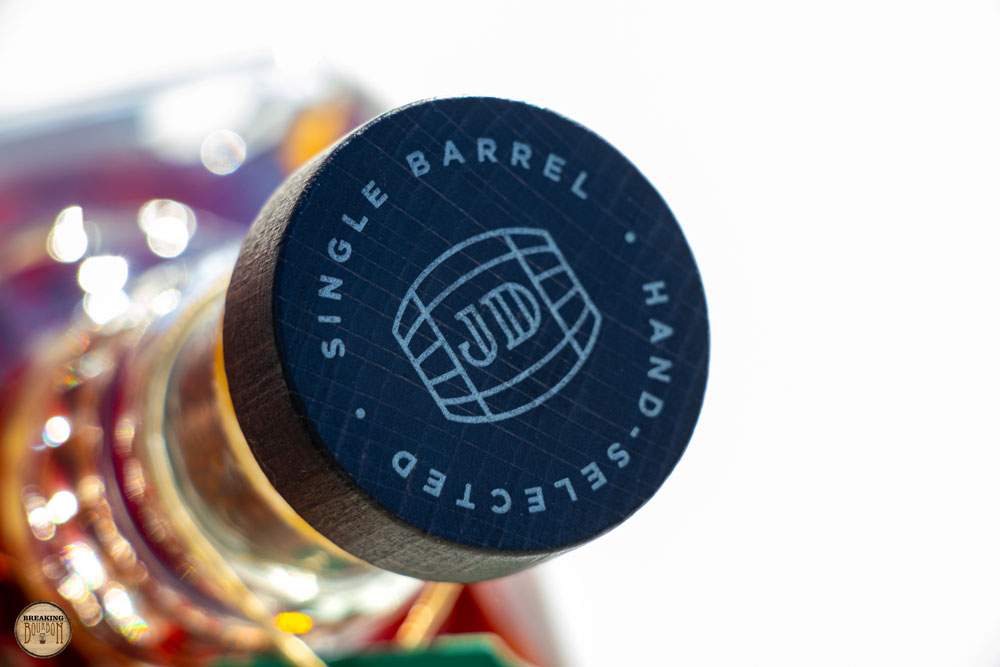 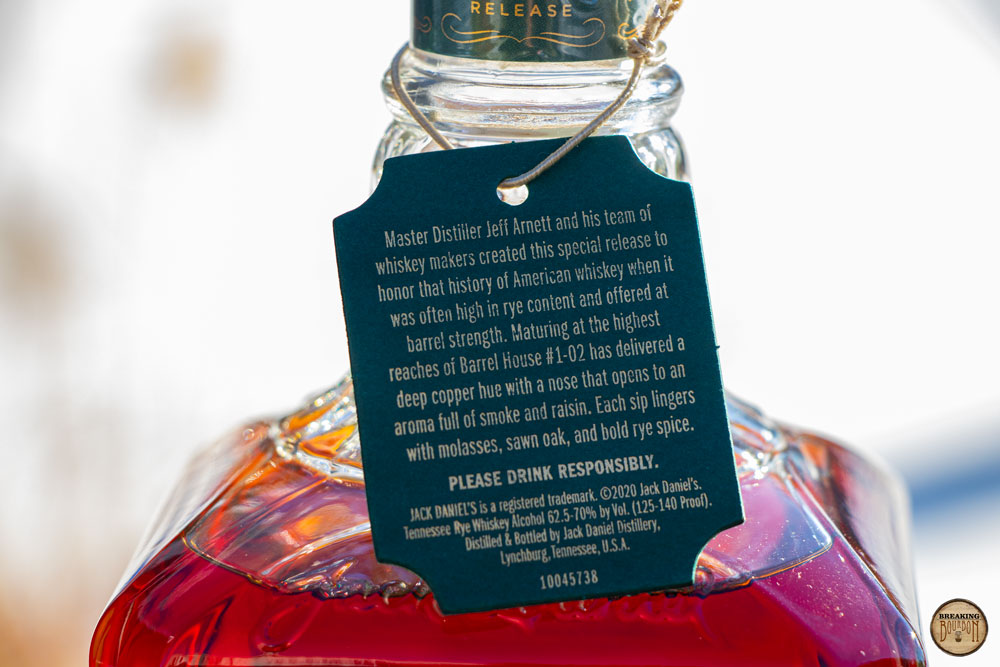 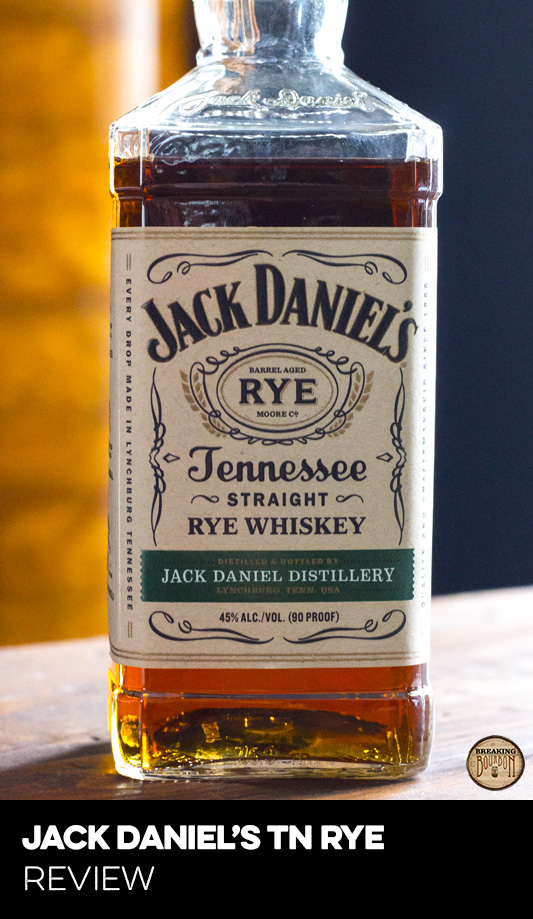 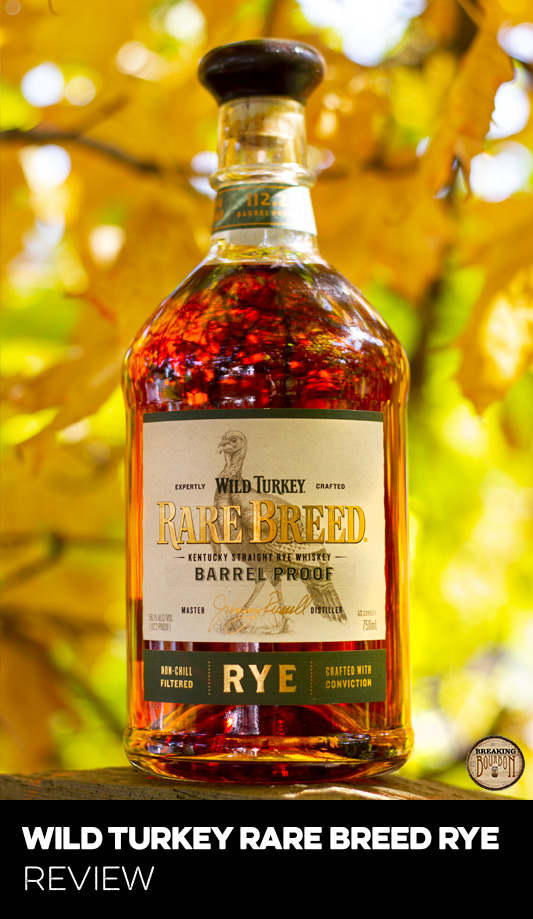