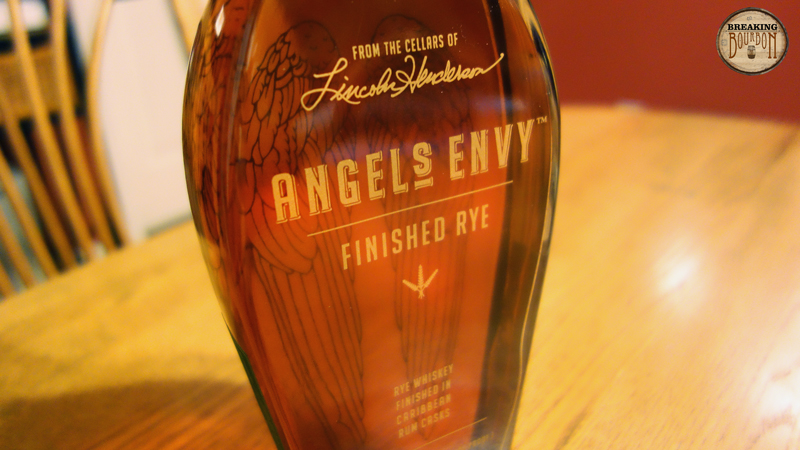 Angel’s Envy Rye is a 6-7 year old 95% rye / 5% malted barley aged for up to 18 months in Caribbean XO Rum Casks that served as Cognac Casks before that. It’s blended twice in batches of 8 to 12 barrels, first blended and put into the rum casks then blended again for bottling after the finish aging to maintain consistency. It has been offered in limited releases of around 48,000 bottles twice per year. The particular bottle in review is from Batch No. 3-0, Bottle No. 2284. This batch was released in January 2015.

Angel’s Envy was founded by Wes Henderson, son of late industry icon Lincoln Henderson. Before his passing in 2013, Lincoln worked selecting and blending whiskies for Angel’s Envy. Angel’s Envy whiskeys made their first appearance in 2011 and we’ve seen three expressions so far: Cask Strength Bourbon Finished In Port Barrels, Bourbon Finished In Port Barrels, and Rye Finished In Rum Casks. In early 2015 the Angel’s Envy company was acquired by Bacardi Ltd. Despite the acquisition, it’s reported that Angel’s Envy will continue to operate as an independent company. Company founder Wes Henderson continues to serve as Master Ambassador / Chief Innovation Officer, and his son Kyle Henderson serves as Production Manager. Although currently a Non-Distiller-Producer (NDP), construction on a new distillery in Louisville, KY is underway and is expected to be completed in 2016.

Gingerbread, maple sugar candy, and molasses cookies along with an agreeable amount of alcohol burn on the nostrils. It really smells like something you would eat for dessert. Delicious and inviting.

Super sweet. Gingerbread and molasses play off maple sugar candy as the dominant flavor. Sickly-sweet marshmallowy, cotton candy-ish flavors push through towards the end of the sip. The sweetness from the rum casks dominates overall. A trace amount of rye spice is present, but much less so than what would be expected from a 95% rye mashbill. Because of this, it’s easy to sip.

Sugary sweetness lingers. Burnt maple sugar candy and molasses cookies play nicely at first, but then turns back to the sickly-sweet elements hinted on the palate. One of the longer finishes in a whiskey I’ve tasted, it starts nicely but over time morphs into a somewhat off-putting aftertaste. It’s not bad enough to ruin it, but enough to point out.

Over the past year or so we’ve experienced a “Finishing” explosion. The feedback from the community on the final products has been mixed. At Breaking Bourbon we’ve reviewed a number of these finished whiskeys with varied results: High West A Midwinter Night’s Dram, High West Double Rye Campfire Finish, Jefferson’s Ocean Aged at Sea 2, Jefferson’s Ocean Aged at Sea 3, Jefferson’s Ocean Aged at Sea 4, Michter’s Toasted Barrel Finish, Willett XCF, and Woodford Reserve Master’s Pinot Noir Finish.
With each of the aforementioned finished whiskeys I was fairly excited in anticipation of tasting for the first time, the reason: I wanted and expected to taste something different. As an onslaught of new whiskey labels come to market, few things are worse than spending $80 or more on a bottle of whiskey that doesn’t stand out from those available all year for under $30. Although potentially gimmicky or ripe with the risk of tasting terrible (sorry Woodford Pinot Noir Finish), finished whiskeys offer up the possibility of a unique flavor profile that can give enthusiasts the diversity we’re looking for. When I open my whiskey closet I don’t reach for my favorite whiskey, I reach for the one that suits my current mood.

One thing is important to keep in mind, Angel’s Envy only does whiskey finishing and has been doing it since their inception. To them finishing isn’t just a one-off release, it’s what they set out to do with every one of their expressions so far. This particular expression hits the nail on the head when it comes to uniqueness. Rather than imparting just a slight hint of rum flavors, Angel’s Envy pushes the limits and takes it to what might be considered the edge of perfection and (possibly) overdoing it. This is the rub, because fans may find themselves on one side or the other - maybe even teetering back and forth. When I first tasted this I didn’t know if I loved it or hated it. Fortunately after about a half bottle later it’s had time to air out. The sickly-sweetness that was overpowering at first has subdued to a manageable level, which has allowed this whiskey to grow on me.

Finished whiskeys receive some of their criticism as a result of their pricing. Like this 6-7 year old sourced whiskey, they are often relatively young, sourced, and arguably over-hyped. The aforementioned list of finished whiskeys we’ve reviewed were not cheap, ranging in price from $50 - $140, with most in the $80 - $100 range. Willett XCF is a very close comparison - also sourced from MGP, same mashbill, about 7 years old, and finish-aged for about 90 days (vs. Angels Envy [up to] 18 months). It’s MSRP is $140. Considering this, the Angel’s Envy Rye is priced to move and based on some people’s claims that it is “The best whiskey they’ve ever had” there is certainly a market for it. The [up to] 18 month finishing time is also longer than the norm, suggesting that Angel’s Envy tasters were insistent on achieving what they believe to be the perfect flavor profile even if it takes a little extra time. To further put this duration of finishing into perspective, keep in mind that many craft whiskies aren’t even aged for 18 months total!

Angel’s Envy Rye pushes the rum barrel finishing to the edge, resulting in a premium quality finished rye with a flavor profile so unique you’ll need to taste it for yourself to find out if you love it or hate it.

Angel’s Envy Rye is a unique, premium quality experience in barrel finished whiskey. If whiskey could be a dessert, this would be it. My prediction is most will either love it or hate it, while a few will find themselves somewhere in the middle as I am because the end result is seriously polarizing. As with any whiskey you need to taste it for yourself to develop your own opinion, but this advice cannot be overstated here. Furthermore, if you’re listening Wes, I do hope to see a cask strength version of this finished rye released in the near future. I have a feeling it could offer up a truly unique experience and fans would clamour for it with good reason, not just because it’s a new label in a cool bottle.

Find Angel's Envy Finished Rye at Frootbat
‍The sample used for this review was provided to us at no cost courtesy its respective company. We thank them for allowing us to review it with no strings attached.
360 video 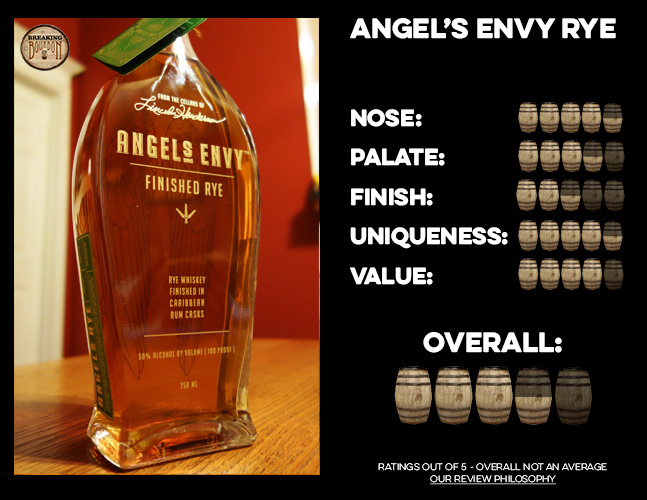 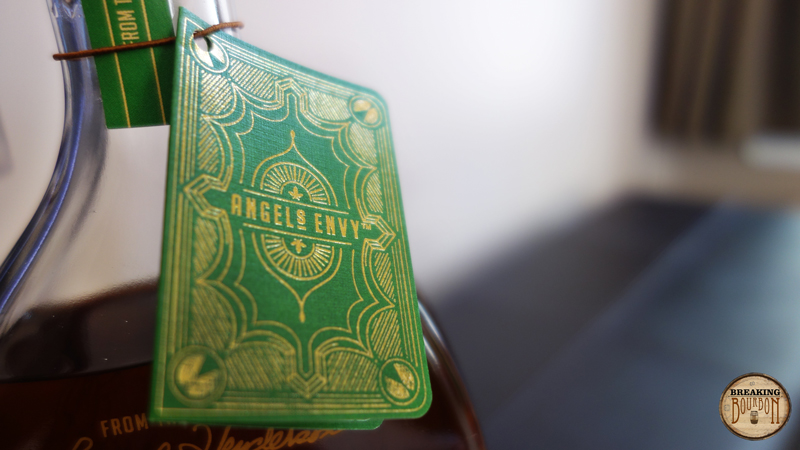