Ah flavored whiskeys. The often shunned category by many whiskey enthusiasts, yet one so easily embraced by bargoers and casual drinkers alike. No other category makes people dig in their heels and defend their stance as passionately. For many, flavored whiskeys represent all that is wrong with whiskey, from their added flavoring, to their cheesy packaging and backstory, and often the fact that they even contain “whiskey” in their name. For others, they represent memories of a fun night out with friends, their first exposure to anything with the name whiskey on it, and a delicious way to enjoy a hard alcohol versus drinking a beer or wine.

Two of the most popular flavored whiskeys in the marketplace right now are Sazerac’s Fireball Cinnamon Whisky and Skrewball Spirit's aptly named Skrewball Peanut Butter Whiskey. Fireball has enjoyed tremendous success over the past couple of years, while Skrewball is the relative newcomer that is making incredible gains in the flavored whiskey category. Both are common staples at bars and are enjoyed as plentiful shots or as a quick cocktail with simple mixers.

I often get asked about my opinion on the flavored whiskey category in general, and specifically on my thoughts of these two popular whiskeys. Believe it or not, I had never had Sazerac’s Fireball Cinnamon Whisky and only tried Skrewball Peanut Butter Whiskey briefly one time prior to writing this. I figured that now was as good a time as any to wade into this debate and find out what I really think of these two titans of flavoring. 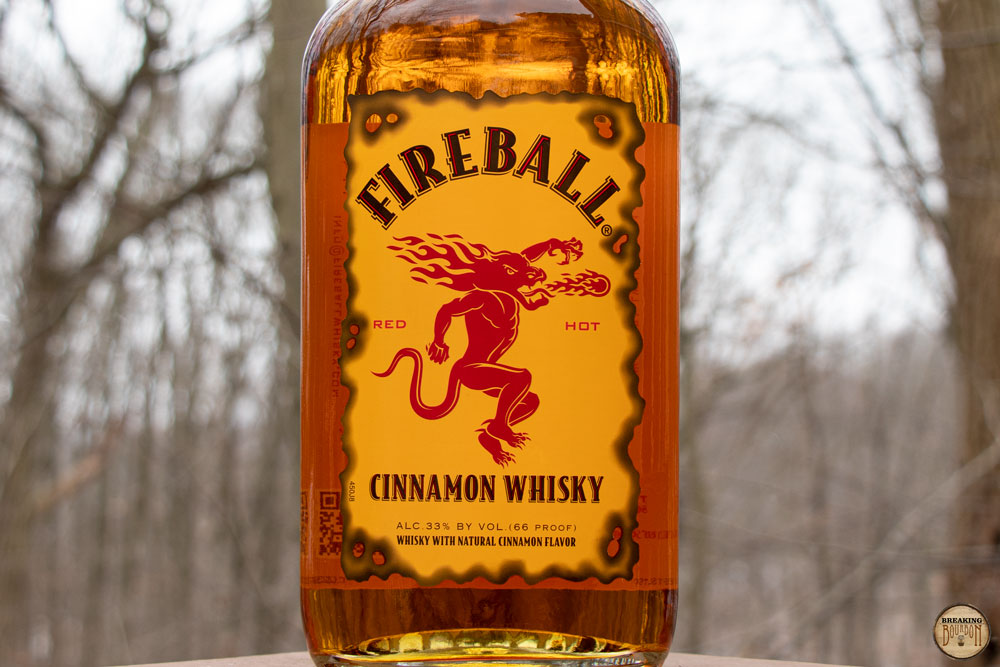 Background: Fireball Whisky has lived a much longer life than most know. Back in the 1980s, the whisky was originally branded and only sold in Canada as Dr. McGillicuddy’s Fireball Whisky. This was part of a line of flavored liqueurs created by Seagram’s. Sazerac Company bought the brand from Seagram’s in 1989, finally bringing the brand to the U.S. markets in 2001. In 2007, Sazerac re-branded Fireball—dropping the Dr. McGillicuddy’s name and introducing the now familiar package design seen in bars nationwide. 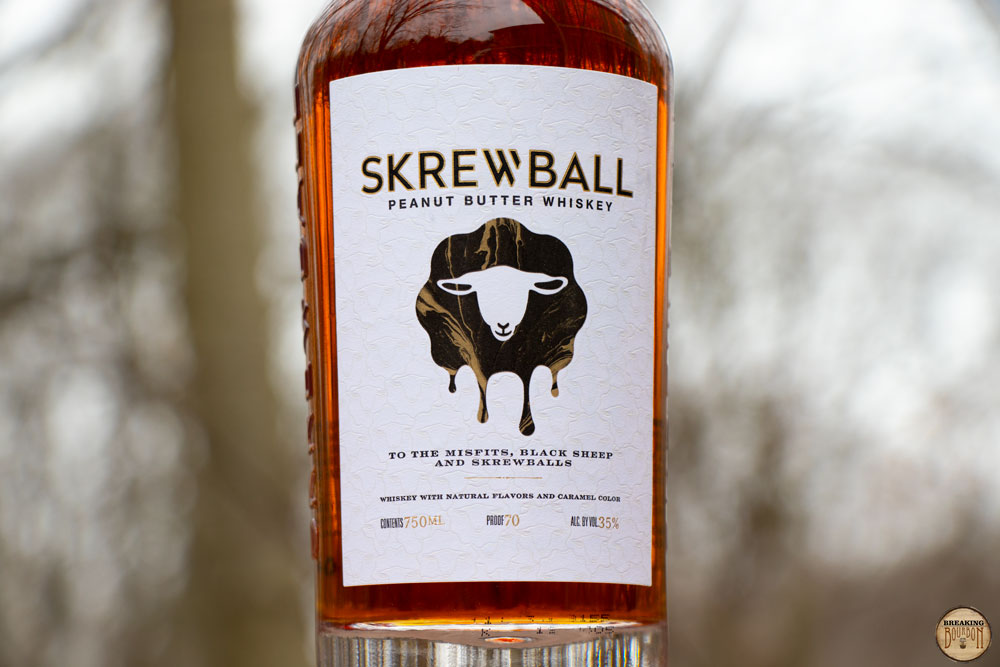 ‍Background: Skrewball Whiskey is the latest flavored whiskey to captivate bargoers. Originating in Ocean Beach, California, by husband and wife Steven and Brittany Yeng, Skrewball can now be found in bars across America. The company states a skrewball is an “An individual who strays away from the cliché things in life. One who is not afraid to break away from the crowd and be their own individual.” It should be noted that there is a warning on the bottle stating that the whiskey does contain peanuts for those who have a nut allergy.

For this Face Off, I tried each of these whiskeys in simple head-to-head setups to see which is truly the king of flavor. Cinnamon or Peanut Butter. Let's dive in.
‍

Palate - Peanut butter, dash of vanilla, with hints of ethanol trying to push through

Both whiskeys have a thick mouthfeel and can best be described as sticky. I mean that quite literally, as both are sticky to the touch. In Fireball Whisky’s case however, it goes a step further and sticks to your lips and especially your taste buds. So much so, that it takes a lot to get that sticky cinnamon flavor out of your mouth.

While I typically wouldn’t reach for either neat, I will give the edge to Skrewball. Its intense peanut flavor will remind most of a dessert and I can see some people pouring this after a meal to enjoy as such.

A burst of cinnamon which just lasts and lasts.

A quick hit of peanut butter and then the flavor is gone.

Fireball is known for its ability to be taken as a shot, and there's a good reason for this. The sticky cinnamon flavor slams into your tastebuds and doesn’t want to let go. Cinnamon just seems to work as a shot here, while shooting peanuts just doesn’t have the same impact.

Skrewball - A PBJ heavy on the PB

1 Maraschino cherry with a dash of cherry syrup

I wanted to see how well these whiskeys worked in simple cocktails. My goal was to only use the whiskey with one main ingredient and one side ingredient. In Fireball’s case, it was ginger ale with ice, and in Skrewball's case, it was Chambord with a cherry. Both cocktails can be made lickity split, and while they won’t blow any mixologist away, they certainly serve a purpose. In Skrewball’s case, the peanut butter flavoring is pulled front and center as it cuts right through the Chambord. The cherry with the help of its juice helps dull the intensity a little bit, however in the end it isn’t a match for the Fireball and ginger ale combination. This take on the classic whiskey and ginger cocktail results in a slightly sweet spicy ginger ale that tastes good and will please many.

For this last head to head challenge, I took two small bowls of vanilla ice cream and drizzled each whiskey on top. I’ll admit that this test may have been a bit biased, seeing as Skrewball is often lauded by many for its ability to mix well with ice. And I'll be damned if this combination didn’t work well. While I could easily see overdoing it, adding just a drizzle to vanilla ice cream makes for a fantastic nice twist to the classic dessert staple. Fireball and vanilla ice cream on the other hand, not so much. It couldn’t hold a stick to Skrewball in this category.

After four head to head challenges the whiskeys came out tied. And honestly, I don’t know if one would ever pull ahead of the other. They both serve their purposes based on the given scenario and will both please many for different reasons. By far these won’t be for whiskey drinkers who are used to pouring a bourbon that’s been flavored with nothing but an oak barrel and time, these serve their purpose. While I don’t see myself reaching for either of them on my own any time soon, I also won’t be so quick to judge others who do. I think it just reinforces the fact that people should drink what they like, and encourage others to do the same. 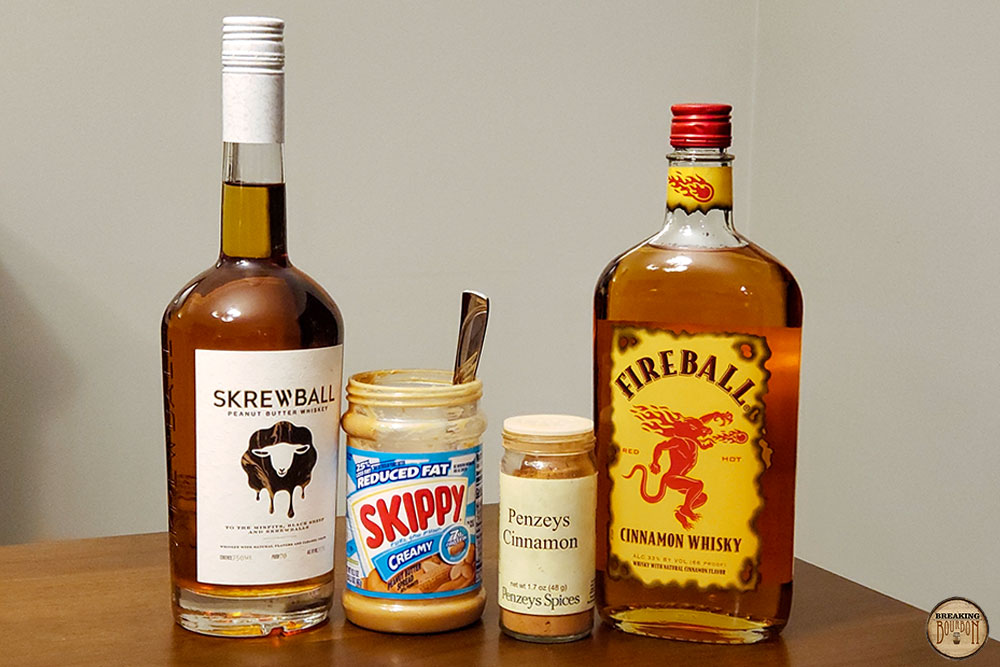 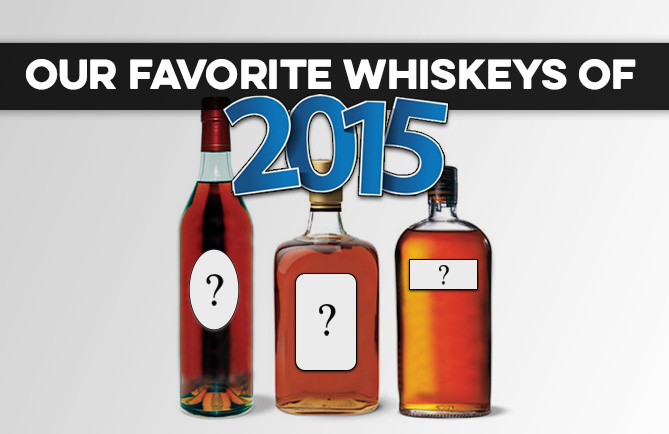 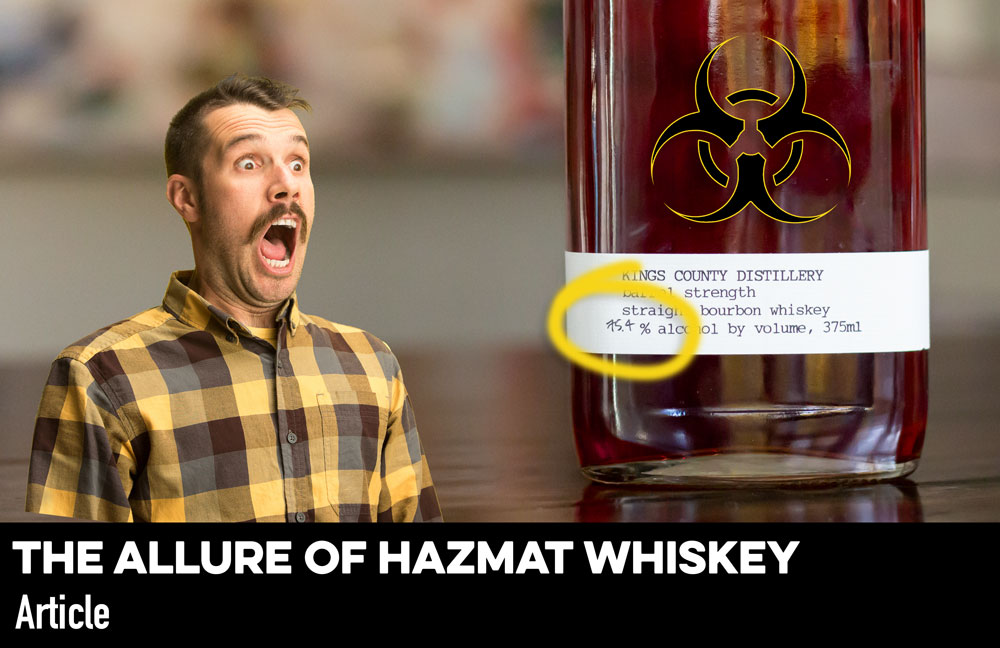