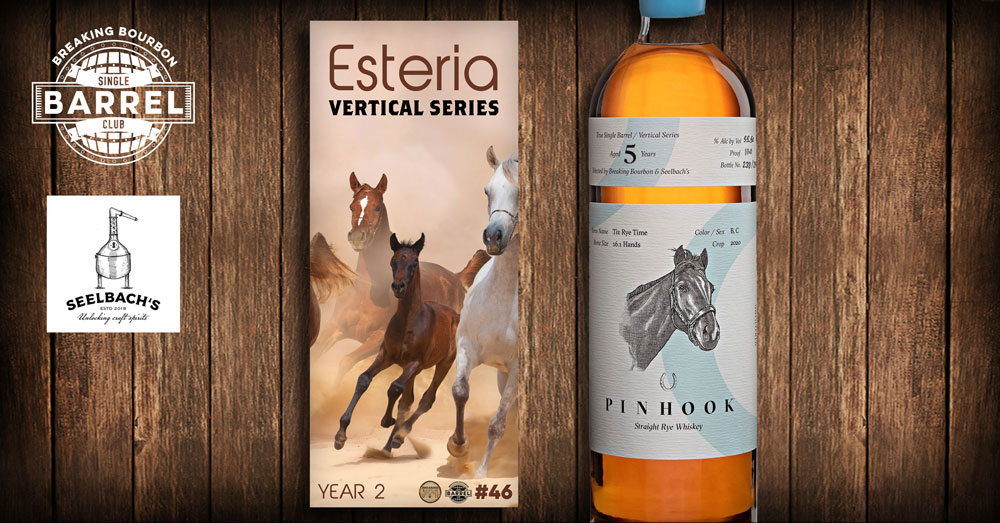 We had already done a Pinhook Rye pick at Castle & Key Distillery, SBC #11 “King of the Castle”, so when the idea came up to showcase how rye changes over time in a barrel with a yearly release, we jumped at it. Rye can go through some drastic changes as it ages. With the majority of rye whiskeys on the market around the 3-5 year old range, being able to juxtapose our first release at 4 years old to the following year, and eventually to a final 12 year old whiskey should be quite shocking.

In typical fashion, we went all out with our Single Barrel Club sticker for this special set of releases. With each typical Pinhook release featuring a different horse, we ran with that idea and created an 8 part sticker series that when combined, creates a beautiful panoramic picture of galloping horses. For the final sticker (Year 9), we plan to do a little something special to cap off this epic vertical series. We’re really excited about this latest single barrel release and we hope you will be too.

‍For this particular pick, we liked all three barrels offered so much that we decided to poll the Single Barrel Club to let the group choose which of the three they preferred based on flavor profile. Tasting notes from the barrel that won by majority vote and makes up this release below.