Wild Turkey uses a single mashbill for all of their bourbons. Wild Turkey’s barrel entry proof (the proof the distillate enters the barrel for aging) is relatively low at 107 to 115, up from 105 at one time, resulting in a low bottling proof by comparison to competitors’ barrel proof products which typically go in at the maximum allowable 125 proof.

This bottle of Kentucky Spirit sports the bourbon’s new packaging and label, consistent with packaging changes across Wild Turkey’s lineup. The bottle in review was bottled on 7/29/2019, from barrel #1358, stored in Warehouse A on Rick #39.

A mix of spice and sweet scents introduce the sip with satisfying intensity. Equal parts rye and cinnamon spice combine against a base of caramel, honey, and citrus to form a balanced aroma. Echoes of leather, tobacco, and toffee play in the background, but are faint even with a deep inhale. While the combination is complex, the individual components are subtle, requiring you to really focus on them to appreciate it.

Full-bodied and surprisingly rich even for its 101 proof, the sip lands with a splash of rye spice. As you roll the bourbon around in your mouth, leather, tobacco, a hint of pecan, and sweet caramel eclipse the rye spice, transitioning to more sweet and savory flavors. Aged oak and honey mingle in, along with a bit of cornbread on the backend. Quite complex with plenty of character, the bourbon’s palate shines.

Spice initially pulls back into the mix, and takes a foothold that lasts throughout the long finish. Deeper flavors of honey, clove, seasoned oak, and tobacco surge into focus, providing a nice balance of sweet, oak, savory, and spice. The combination is nice, but somewhat subtle. It requires a bit of concentration to fully appreciate, making it less satisfying than it seems like it has the potential to be. Still well done overall.

Initially brought to market in 1994, Wild Turkey Kentucky Spirit was among the first single barrel bourbon offerings, following Blanton’s Original Single Barrel. As more single barrel options have entered the marketplace over the past few decades (this product has been around for almost 30 years!), the surface qualities that at one point might have established a foundation of uniqueness - being single barrel, about 8 years old, and 101 proof - have dissolved into the now many releases that offer similar technicals.

Moreover, in my recent review of Rare Breed (116.8 proof), I discussed in-depth Wild Turkey’s relatively narrow range of bourbons. They all share the same mashbill, the proof range is tighter because of Wild Turkey’s low barrel entry proof, and because of the Russell’s affinity for bourbons in a relatively tight age range (generally speaking about 8-12 years old), it’s very easy to draw similarities from one Wild Turkey bourbon to the next, including the Russell’s Reserve line.

The similarities are especially obvious when Kentucky Spirit is compared to Russell’s Reserve Single Barrel and Wild Turkey 101. Notably, Russell’s Reserve is also a single barrel, it comes in about the same age (typically 8-9 years old), it has a similar price point (more on that in a minute), and it’s bottled at 110 proof, just 9 proof points higher than Kentucky Spirit. Wild Turkey 101 is bottled at the same proof, it’s a batched release but the age is only slightly less at an estimated 6-8 years on average, and it comes in at about half the price. This begs the question, why bother with Wild Turkey Kentucky Spirit?

No different than in my Rare Breed review, these discussion points are not intended to condemn this particular Wild Turkey offering in review, but rather to address the obvious objections head-on. In fact, in a recent Twitter poll we asked respondents which Wild Turkey bottle readers prefer - the choices were Rare Breed, 101, and Kentucky Spirit. Out of over 1,000 respondents, only 12% selected Kentucky Spirit. My point is, Kentucky Spirit doesn’t receive a lot of love, and at first glance it seems obvious why that is. But digging deeper, tasting different barrels, and being contrarian to a seemingly self-evident interpretation reveals a different conclusion.

That conclusion is Kentucky Spirit might just be Wild Turkey’s truest expression of itself.

An always good but sometimes great expression, Kentucky Spirit has the potential to highlight the nuances of Wild Turkey’s bourbon at what could be argued as the distillery’s near-perfect proof. As a point of reference Wild Turkey 101 comes in at the same proof and I often recommend it, but Kentucky Spirit in its single barrel form gives Wild Turkey a chance to offer up some of the distillery’s subtle charm, in ways 101 in its batched form just cannot. Kentucky Spirit is not going to shock you with a bombastic flavor profile or high proof, it’s not going to overwhelm you with sweetness, and it’s not going to impress a new bourbon drinker with a flavor profile that screams “have another.” Instead, it offers a nuanced, complex sip that can be fantastic in some of the best ways. Not all barrels will reach the same height, but those that do will be worth the hunt.

For the record, I would place the barrel in review in the higher part of middle-of-the-road based on other Kentucky Spirit expressions I’ve tasted.

Priced around the same as Russell’s Reserve Single Barrel, a bit more than Rare Breed, and about double the price of Wild Turkey 101, Kentucky Spirit’s price tag can be a hard pill to swallow. That’s especially true when you consider the fact that not every bottle of Kentucky Spirit is created equal, so sometimes you may need to wade through a few closer-to-average bottles to find one that is truly great.

Therein lies the gift and curse that comes with single barrel expressions. Because of that, it makes Kentucky Spirit a difficult blanket recommendation at its price tag of about $55, because the difference between a good barrel and a fantastic barrel can be very nuanced. For those that won’t necessarily appreciate the bourbon’s nuances, it could be seen as overpriced. If that’s you, stick with Wild Turkey 101 and grab a second bottle while you’re at it. But for the bourbon drinker who can appreciate its nuances and has the budget to presumably go at least a few bottles deep to find one that really wows them, it can be a bargain. Put the two together and Kentucky Spirit is priced where it should be.

Possibly the most overlooked bottle in Wild Turkey’s lineup, barrels of Kentucky Spirit are consistently good, and sometimes fantastic, making it a bourbon that has the potential to showcase the best Wild Turkey has to offer.

It might seem strange to say, but I think of Wild Turkey’s biggest competitor as itself. That’s not to say they don’t compete in the marketplace, of course they do, but when a consumer reaches for a bottle and comparisons can be easily made to other bottles in the company’s lineup, I feel like Wild Turkey suffers from cannibalizing their own offerings. Creating the Russell’s Reserve brand was probably helpful in mitigating this, but even slightly educated consumers put the two together and as they start exploring bottles such as a $55 single barrel, for example, they have enough information to know Russell’s Reserve Single Barrel and Kentucky Spirit are drawn from the same cloth. But the nuances of the brands are enough to create a place for each Wild Turkey expression, even if it requires a bit more in-depth exploration to come to that realization. Kentucky Spirit probably won’t be many bourbon drinkers’ first experience with Wild Turkey, but it should hold a place on every more experienced bourbon drinker’s shelf. Given the right barrel and enough attention to its subtle nuances, Kentucky Spirit can offer a glimpse into some of the best the distillery has to offer.

Find Wild Turkey Kentucky Spirit at Frootbat
‍The sample used for this review was provided to us at no cost courtesy its respective company. We thank them for allowing us to review it with no strings attached.
360 video 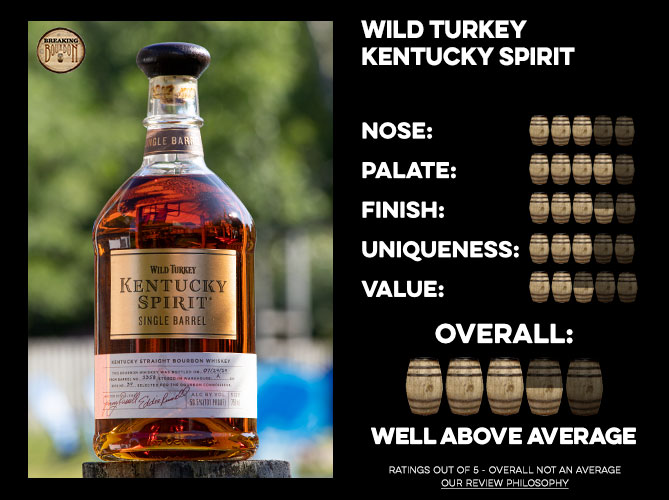 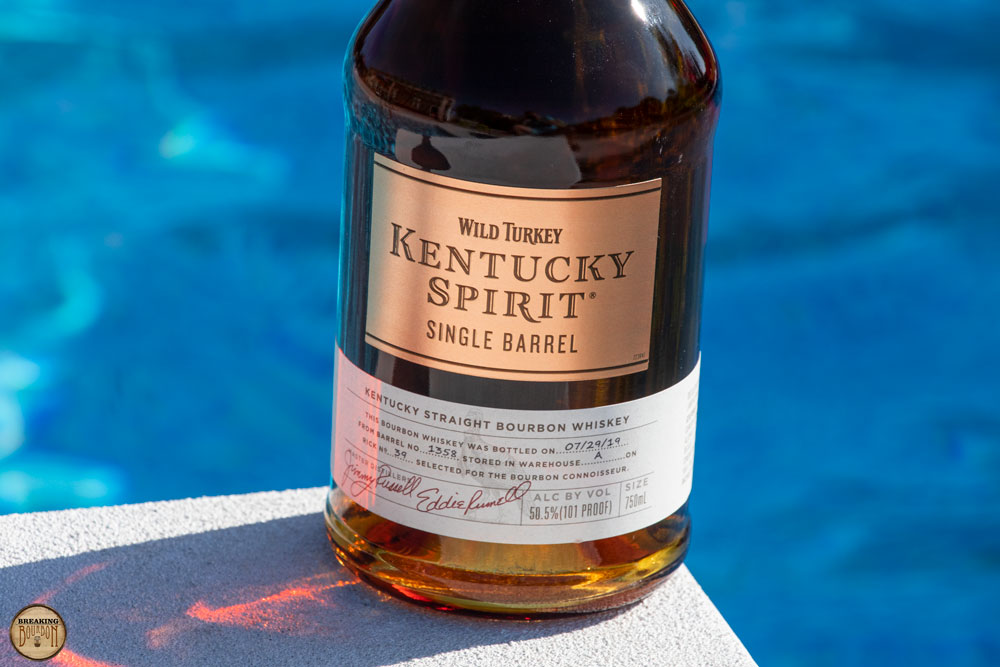 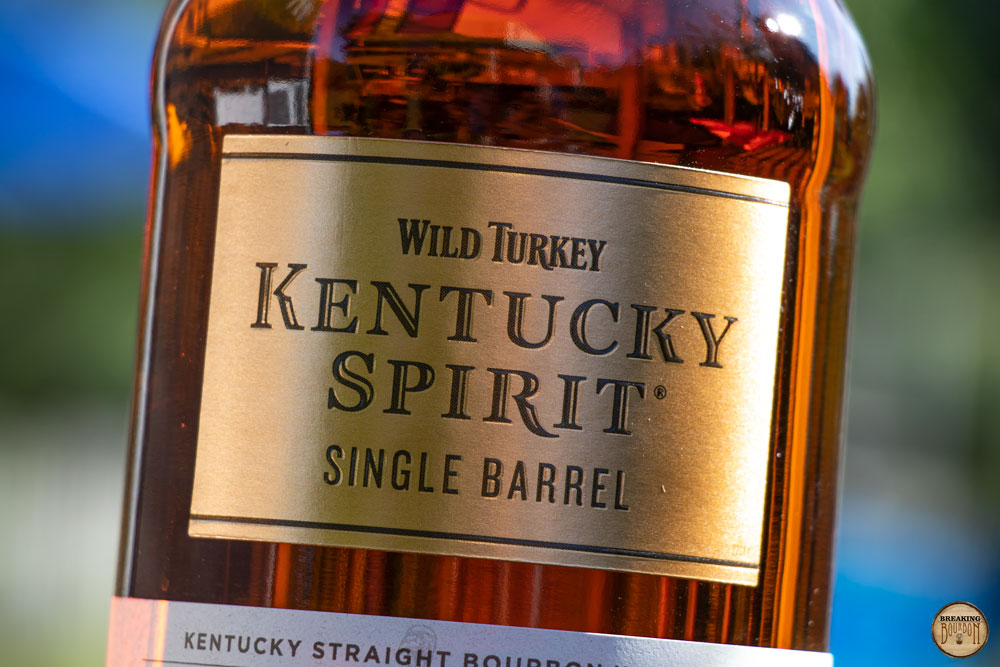 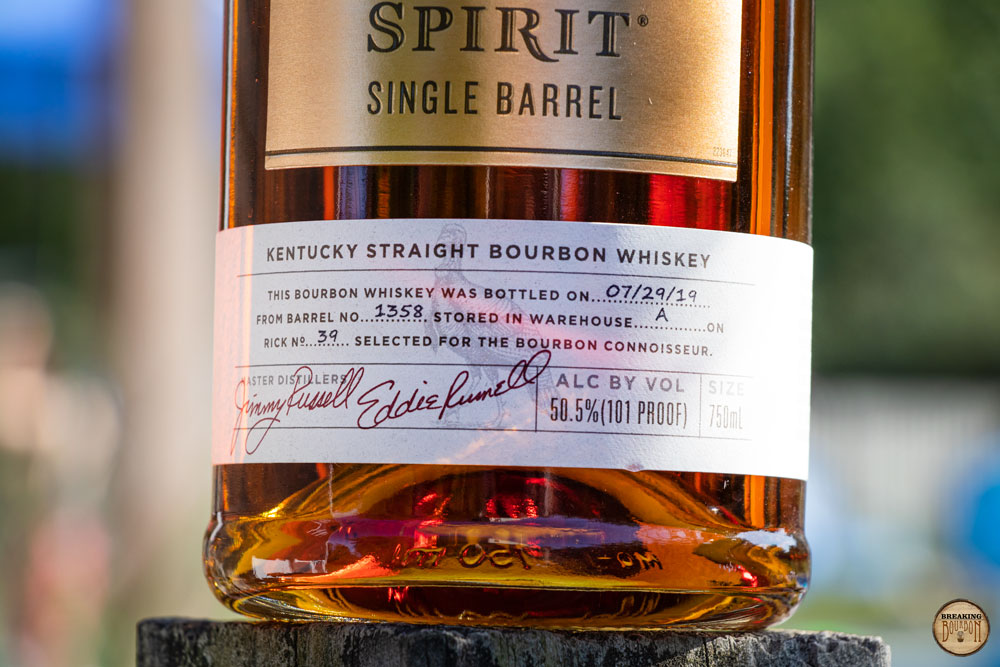 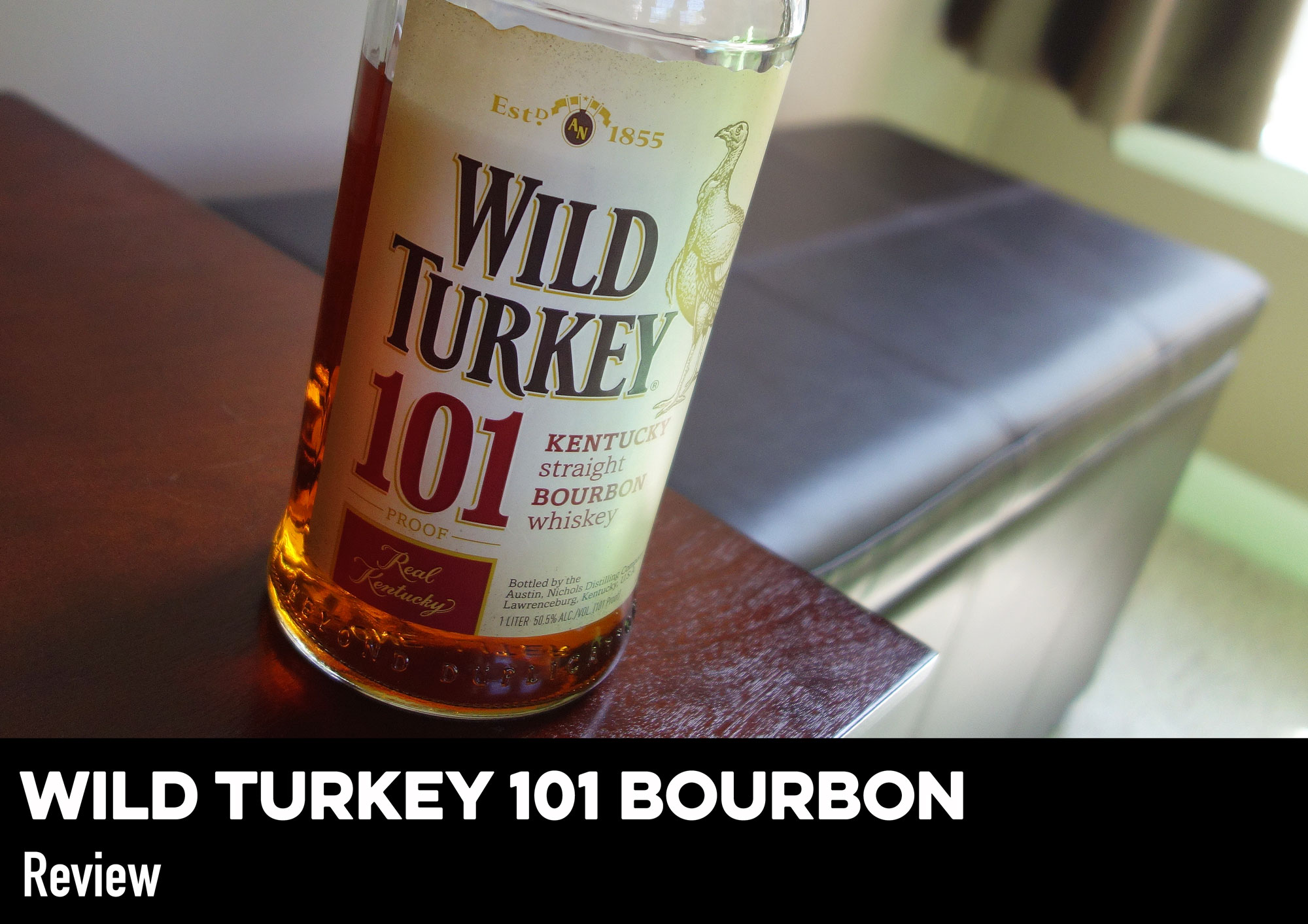 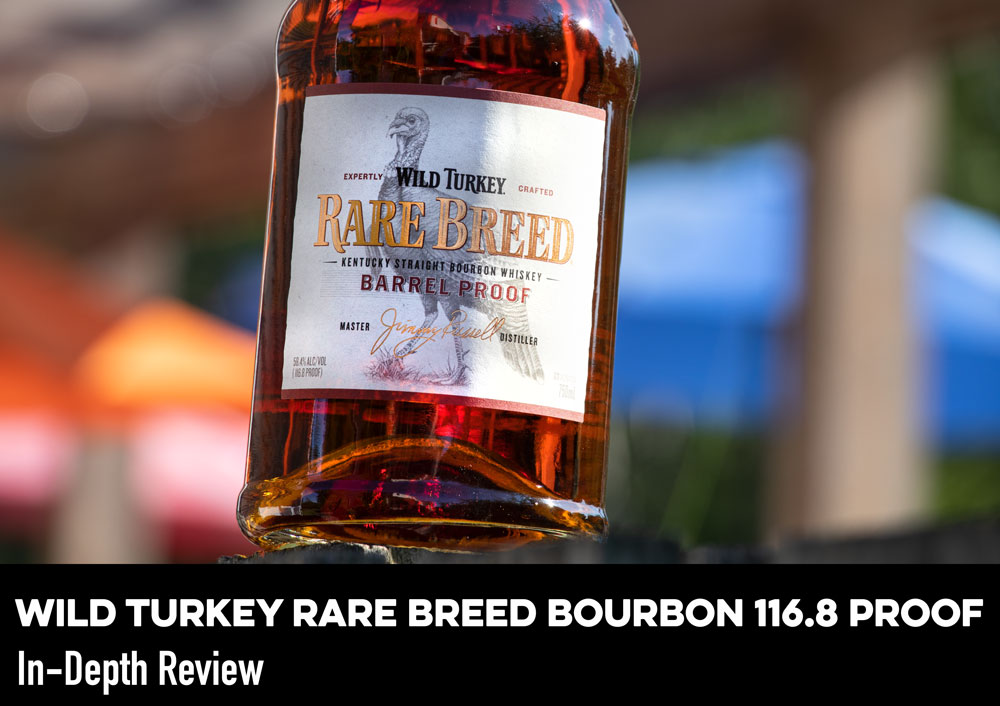 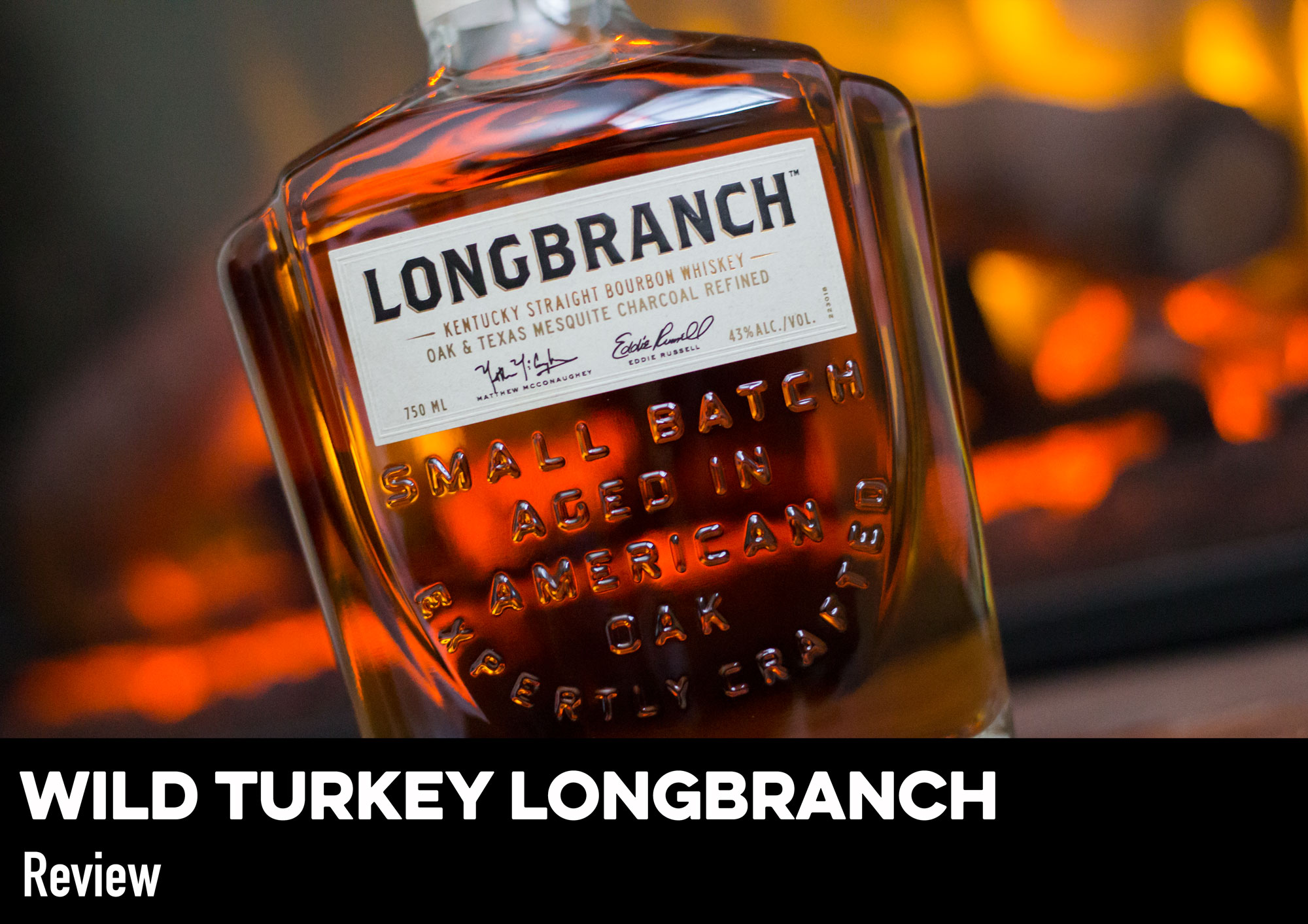