Rare Breed was first released in 1991. Since then, there have been over 11 batches released, sometimes releasing the same batch in installments spanning multiple years. The batches were once denoted by a batch number, but more recently only by a unique proof.

Wild Turkey uses a single mashbill for all of their bourbons, and bottles Rare Breed at barrel proof. Wild Turkey’s barrel entry proof (the proof the distillate enters the barrel for aging) is relatively low at 107 to 115, up from 105 at one time, resulting in a low bottling proof by comparison to competitors’ barrel proof products which typically go in at the maximum allowable 125 proof.

This batch of Rare Breed sports the bourbon’s new packaging and label, consistent with packaging changes across Wild Turkey’s lineup.

Scents of caramel and toffee combine with bright orange zest and light citrus. Seasoned oak adds depth and hints towards the older bourbon in the blend, but doesn’t overpower the brighter notes. The strength of the proof is also notable, as the intensity of it makes itself known with a deep inhale. Somewhat a change from the norm, the overall aroma is interesting but familiar, providing an enjoyable introduction to the sip.

A sweet and spicy mix of rye spice, maple sugar, caramel, and leather finds intensity immediately. Sweet clementines and a hint of tobacco provide an extra layer of depth, adding a bit of intrigue to an otherwise traditional flavor profile. The resulting combination is a good one, giving way to a nice mix of flavors with more than adequate depth and complexity.

Sweet overpowers spice, as caramel and maple sugar candy temper the rye spice to a dull roar as the finish progresses. This is definitively the best part of the sip with additional flavors of leather, tobacco, orange zest, and toffee weave in and out showcasing the layers of flavor offered by this bourbon. A rewarding finale, the finish hits all the right places with great intensity, a complex array of flavors, and most importantly a subtle, yet long-lasting impression.

Rare Breed was first released in 1991 and along with Booker’s Bourbon, remains one of the longest running barrel proof bourbons on the market. No different than I felt over five years ago when I first reviewed it, Rare Breed is not given as much attention as it deserves. This is possibly due to its low proof for a barrel proof bourbon, or possibly due to the fact that the packaging just doesn’t scream “pick me up!” (yes, even the new packaging), Rare Breed never feels like it’s a bourbon people seem to get super excited about.

Wild Turkey’s products, which also includes the Russell’s Reserve product line, find themselves in a tighter band than other major distilleries. Wild Turkey’s barrel entry proof is lower than the more common legal maximum of 125, with distillate entering barrels from 107 - 115 proof. It’s also well known that Jimmy Russell likes bourbon in the 8-12 year old range. While bourbon can increase or decrease in proof as it ages, this puts a lower cap on overall proof compared to many other bourbons in the marketplace. On top of that, Wild Turkey offers a lot of their products at a higher proofpoint than normal, with their flagship Wild Turkey 101 coming in at a high proof relative to the competition at the same price point. Russell’s Reserve Single Barrel hits the 110 proofpoint, just a few shy of Rare Breed. As for age, Russell’s Reserve 10 Year lands right in the midst of the 6, 8, and 12 year old blend that makes up Rare Breed. There are other Wild Turkey products of course, but the point is it’s very easy to draw similarities from one to the next.

None of this is to cast shade on Wild Turkey by any means. They’re one of the most capable distilleries in the world and make tremendous whiskeys. If I had to pick just one bottle based on price, proof, and versatility, Wild Turkey 101 would certainly be in the top three if not number one. However, Wild Turkey bourbons are very nuanced from one to the next, with only subtle differences as you move along the Wild Turkey ladder of bourbons. Moreover, each has the characteristic “Wild Turkey” flavor profile, an almost indefinable trait that is referenced in the bourbon community and apparent once you start tasting their bourbons side by side. Rare Breed offers its own set of nuances, with layers of subtle complexity most likely attributed to the range of ages that make up the blend.

Drawing comparisons to other bourbons outside the Wild Turkey ecosphere sets Rare Breed a bit farther apart. It shares the same lower proof characteristic with Maker’s Mark Cask Strength, though flavor profiles are very different. Now that bourbons such as Stellum Bourbon and Penelope Bourbon Barrel Strength are entering the marketplace at lower barrel proofs and more traditional flavor profiles, Rare Breed also looks less like an odd duck in the barrel proof landscape. It becomes a matter of taste, and that characteristic Wild Turkey flavor profile is something only Wild Turkey products offer, and if it’s your thing, no other products can scratch that itch. While it’s not a showstopper per se, one fact remains - Rare Breed does not get the attention it deserves.

In 2016 I reviewed a previous batch of Rare Breed, which was offered at only $35. The packaging has since changed, as has the price, which has climbed by $15. The increase correlates closely to other barrel proof bourbons, and is arguably still on the lower side of the barrel proof spectrum at $50 (though it can be found for less). The adjustment with an eye on comparables suggests that Campari Group (Wild Turkey’s parent company), wants to maintain a value position for Rare Breed. Considering my hunch that most of Rare Breed’s purchaser base is made up of bourbon drinkers who are already familiar with it and not necessarily those just starting to dabble in bourbon (based purely on my own intuition and experience), it stands to reason that maintaining a value position would appeal to the bourbon’s existing and possibly diehard fans. There are a lot of new bourbons to choose from, so $50 does give you a lot of options, but a barrel proof bourbon from Wild Turkey with the subtle complexity offered by Rare Breed still makes it a no-brainer for the price.

First released in 1991, Wild Turkey’s legacy barrel proof bourbon Rare Breed may change proof and packaging over the years, but it remains just as good as it ever was.

Wild Turkey is one of bourbon’s most respected brands, but sometimes gets lost in Wild Turkey’s own sea of options that are not significantly different from one another on the surface. In some ways, the overwhelming number of new bourbons in the marketplace has helped this situation, as the flood of new products has closed many gaps making bourbons less and less strikingly different from one another and more and more nuanced.

Wild Turkey maintains their quintessential flavor profile with Rare Breed, which finds nuance among the company's various brands. It’s not a proof monster, but that seems to matter less now. It’s not finished in anything, but it doesn’t need to be. It has a traditional flavor profile with subtle unique flairs, and right now that’s enough. Rare Breed is a well-constructed barrel proof bourbon that hails from some of the best bourbon-makers in the world, and it should be a staple on every bourbon-drinker’s shelf.

Buy Wild Turkey Rare Breed Bourbon (116.8 Proof)  at Frootbat
‍The sample used for this review was provided to us at no cost courtesy its respective company. We thank them for allowing us to review it with no strings attached.
360 video 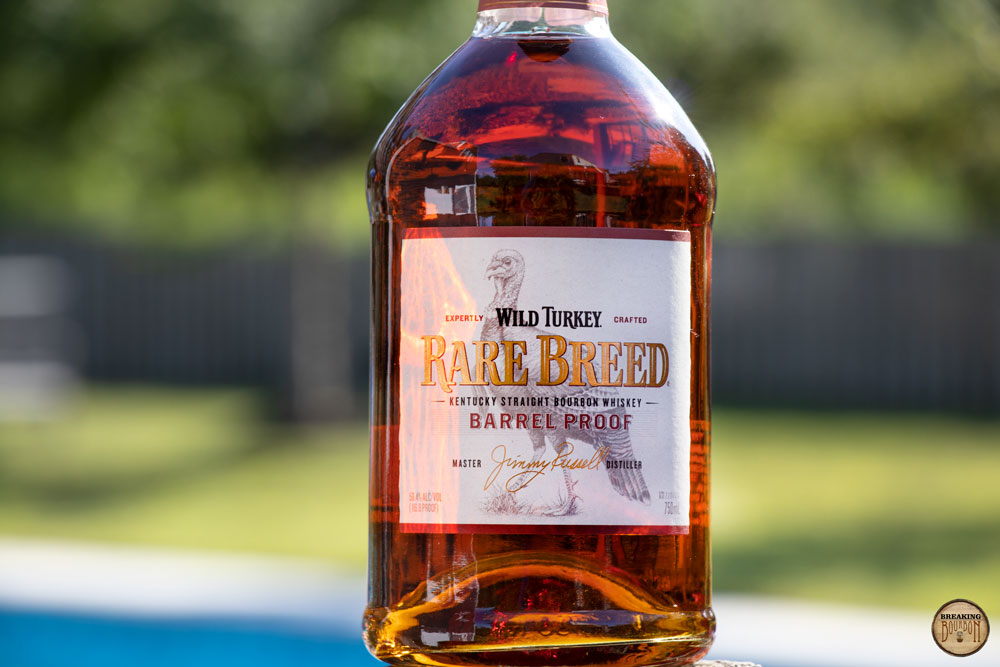 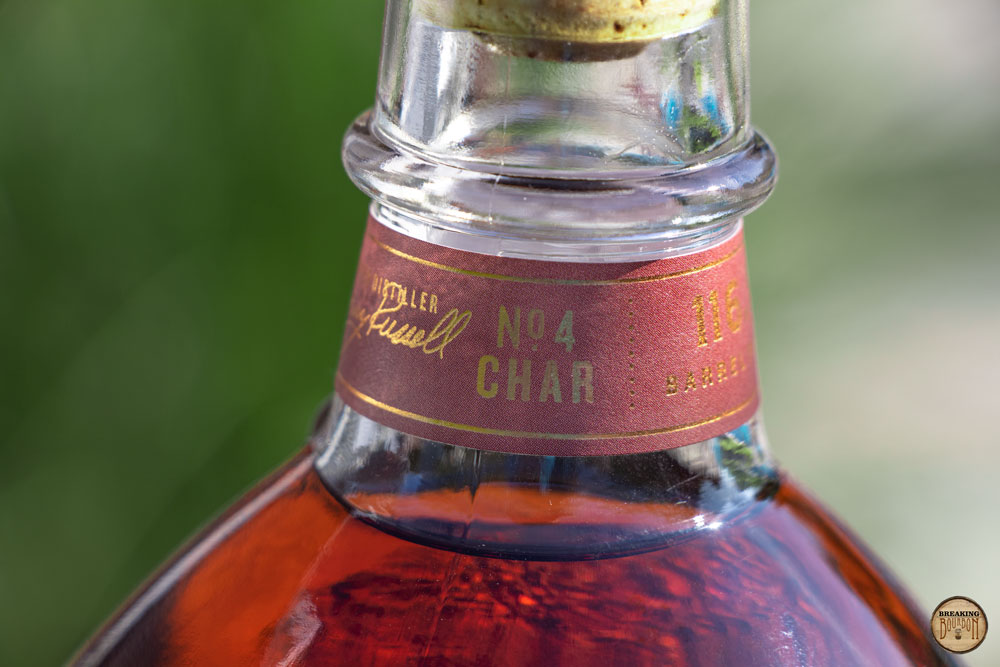