To date, Pinhook has sourced their bourbon from MGP, but Bohemian Bourbon High Proof marks a drastic change for the company. For the last few years they have been contract distilling a proprietary mashbill with Castle & Key Distillery. Bohemian Bourbon High Proof was distilled and aged at Castle & Key. A total of 100 barrels were blended and proofed by Sean Josephs, Pinhook’s co-founder and master taster to create this bourbon. Bohemian is the first bourbon to come out of the resurrected Old Taylor Distillery since it was abandoned in 1972.

Lively and bright, the nose opens with light ripe pears, a bouquet of floral scents, and a hint of caramel which does a good job of masking its higher proof. Inhaling deeper brings out corn and new oak, which remind you of the youth of the bourbon, but also mingle nicely with the other scents. While it’s not an overly complex nose, it’s enjoyable and one that seems suited for the late spring season in which it was released.

The youth of the bourbon radiates in the palate as bitter wet oak and corn take center stage. These are joined with rye spice and green peppercorns. The palate has an oily mouthfeel and is not shy in displaying its high proof title. Fighting to get out from behind the heat are sweeter notes of vanilla and caramel which try to balance out the more bitter notes. However, the heat makes that hard to do, leading to an unbalanced overall palate.

The high proof of the bourbon combines with a burst of spice to start off a fiery finish. Once these dominant flavors die down, they’re followed by a drier flavor of leather along with a very light note of dried peach. Unfortunately, that wet oak flavor carries over to the finish and casts its shadow during a long slow burn down.

For the years leading up to this release, Pinhook has exclusively used bourbon sourced from MGP for their brand. This is a common tactic used by many new brands while they distill or contract distill their own spirits and wait patiently for them to come of age. In Pinhook's case, they went with contract distilling from Castle & Key and are the first brand to have a bourbon distilled and released from the historic Taylor Distillery site.

While this was always Pinhook’s plan , it also involves a calculated risk. For the past number of years Pinhook has accustomed their fanbase to one flavor profile, mainly younger MGP, while it now tries to transition everyone to an entirely new profile. In this case, Pinhook definitely is on the road to a distinctly unique product.

Unfortunately in the case of Bohemian Bourbon High Proof, the flavor profile leaves you with the feeling that it still has room to develop with more time in the barrel. Credit needs to be given to Pinhook for making the switch and for working with new distillery. While Pinhooks Rye’d On showcased their new distillate from Castle & Key well, it’s also sometimes easier for younger rye to shine compared to younger bourbon. It will be interesting to see how it continues to develop, especially as more age is added to the barrels.

Bohemian Bourbon High Proof's price tag of $50 is in line with other newer Kentucky distilled brands such as Wilderness Trail. It’s a price point that at face value seems fair for a small batch high proof bourbon, until you start comparing its flavor profile to those around it. Compared to New Riff’s higher proof offerings, Bohemian Bourbon High Proof seems to be lacking a certain well-balanced flavor profile. While Wilderness Trail and New Riff offer slightly more age with their products, their price price point feels more in line with the value the overall sip delivers. There’s no doubt that $50 will eventually be the right price for Pinhook’s Castle & Key distilled Bourbon High Proof product, however that time isn't right now.

Pinhook Bohemian Bourbon will gather a lot of attention because it’s the first modern bourbon release distilled at Castle & Key, unfortunately it's a little rough around the edges and still has some growing up to do.

Pinhook Bohemian Bourbon High Proof has some redeeming qualities to it such as its balanced nose and the uniqueness it brings, however its off-balanced palate and finish along with its high price tag are enough to make one ponder before buying a bottle. Ultimately, what Bohemian Bourbon does succeed in is showing the potential that the brand has in store for the future. While its young age may not allow it to reveal its full potential, it does show enough promise to assume that with more time in the barrel, Pinhook's offering distilled at Castle & Key will be something to look forward to.

‍The sample used for this review was provided at no cost courtesy of CJS Beverage Corp. We thank them for allowing us to review it with no strings attached.

Find Pinhook Bohemian Bourbon High Proof at Frootbat
‍The sample used for this review was provided to us at no cost courtesy its respective company. We thank them for allowing us to review it with no strings attached.
360 video 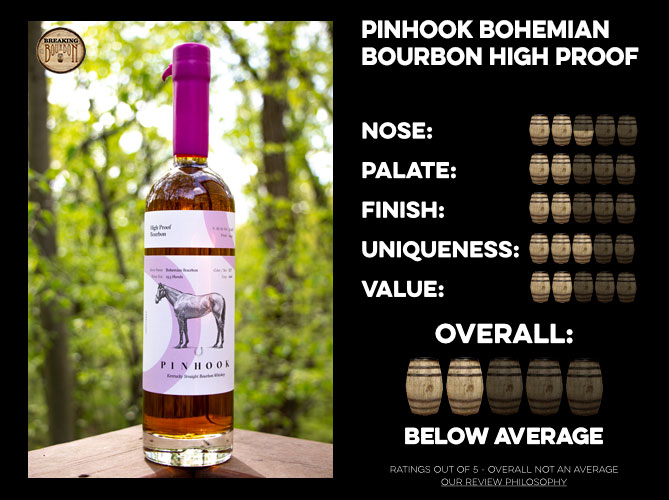 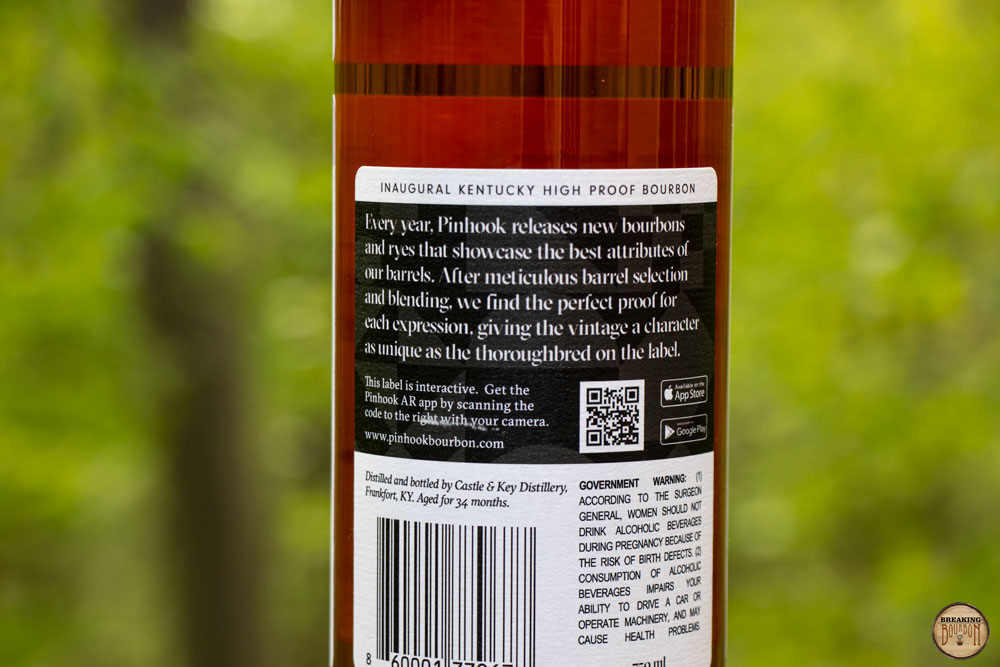 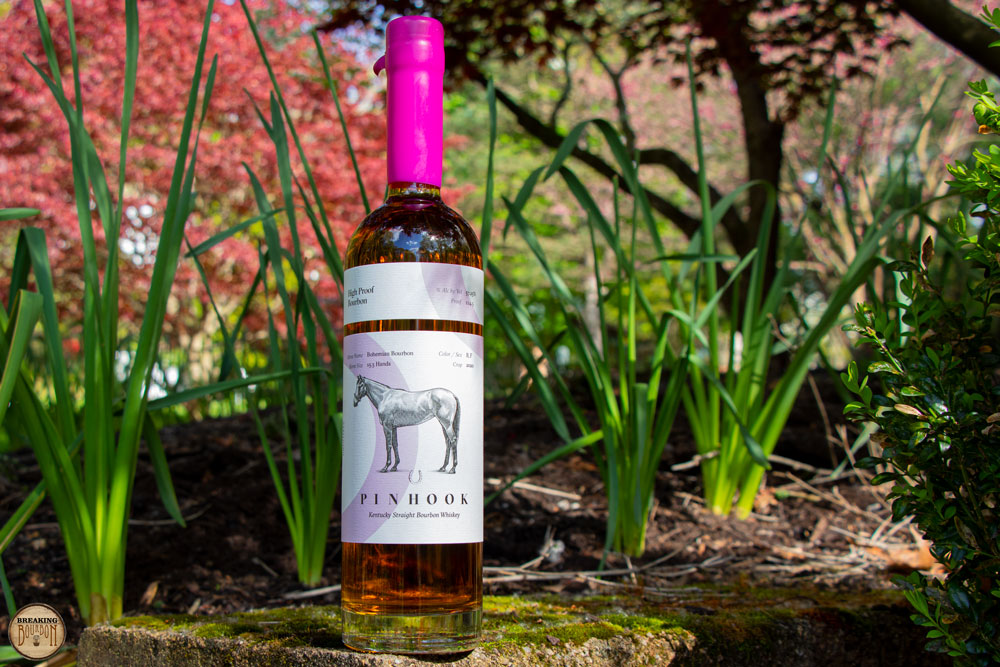 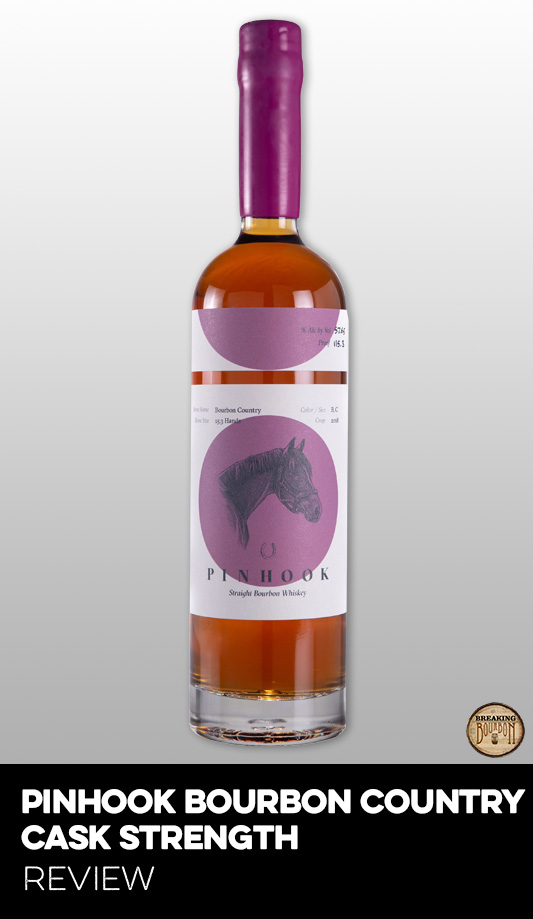