‍‍Very little has changed with the Old Bardstown Estate Bottled Bourbon’s label over the years, which has increasingly become a rarity for older brands. The current bottle has done away with the wax covered screw top in exchange for a synthetic cork, slightly warmed up the color tone on its front label, and most notably, now features “Distilled, Aged, and Bottled by Willett Distillery'' on its label.

A whiff of brandy starts this aroma off on a surprising note. This unusual dominant scent for a bourbon is further accented with spice nuts, cranberry, and Twizzlers. For as odd as it may be, it works, offering originality above familiarity. It’s constructed with ample intensity that manages to find a middle ground between sweet and spicy. Challenging in all the right ways with bonus points awarded for its genuine novelty.

Layers of earthiness followed by a rush of stone fruits demand your attention. Rich and surprisingly potent, this concoction of plum, dark raspberry, and grape tastes almost like a barleywine in some regards. It’s rather straight and to the point, foregoing deep complexity for impact. Unassuming at first sip, you’ll quickly discover the unique virtues the flavor profile offers. Backed with a medium-thick mouthfeel, it provides just enough tongue coating goodwill to further enhance the palate’s impact.

A flash of heat followed by a ramp up of spice is as bold as its sudden abruptness. Backed with mild notes of anise and spicy oak on the backend, it provides further memorable, albeit potentially polarizing traits. Easily the weakest part of the sip, not for its intensity, but for its lack of depth. The finish offers a quick punch leaving you reeling and questioning just what took place.

Willett’s Old Bardstown Estate Bottled Bourbon has never been your typical bourbon. When I originally reviewed it in 2014, I noted that its unique Scotch-like qualities weren’t enough to overcome a substandard pour. But above all else, especially in 2014, there wasn’t quite anything else like it.

I was curious if that was still the case eight years later. While the same Scotch-like qualities are gone, the bourbon has pivoted to a new, yet still unusual direction. There simply aren’t a lot of bourbons, especially straight bourbons, that taste like Old Bardstown Estate Bottled Bourbon. Of the few that might come close, they’re typically finished bourbons or technically classified as whiskey. Willett isn’t necessarily known for oddball flavor profiles, yet Old Bardstown Estate Bottled Bourbon continues to exist in this place it has carved a niche into.

Probably the most notable aspect regarding Old Bardstown Estate Bottled Bourbon’s price is how little it has increased over the years. In eight years, the bottle has only seen a $5 increase. Willett continues to hold it and Old Bardstown Bottled in Bond as their main budget offerings contrasting what their high-aged Family Estate bourbons and ryes go for. Old Bardstown Estate Bottled Bourbon has maintained a certain quality level, and compared to its former release, shows an improvement in some areas. It still can’t reach a higher echelon due to some of its overall roughness, but instead offers a unique tasting pour. This alone in today's crowded bourbon market easily justifies its price and perhaps then some.

You can’t call Old Bardstown Estate Bottled Bourbon a great bourbon, but you most certainly can’t call it a boring one either.

Old Bardstown Estate Bottled Bourbon has always been an oddball release. Never overly common or rare, you may come across it from time to time and wonder just what this bourbon’s deal is. Perhaps with bourbon’s ever changing market and overcrowdedness, it's easy to overlook its blase and unassuming label design. Having not been impressed by a bottle of it eight years ago and constantly being pulled towards the next new thing, there was little reason to go back to it.

But a lot has changed, and what was once somewhat expensive for what it offered, now comes across as a much better value. The reason largely has to do with its unique flavor profile. There simply aren’t a lot of bourbons on the market that are similar, at least not exactly in the same way. With that and quality Willett distillate backing it, there is definitely a reason to visit (or revisit) it in 2022. It continues to be an under-the-radar release that also just happens to be a great example of the breadth of uniqueness bourbon can offer. It’s a bourbon that some will find aspects to enjoy, and others adamantly dislike. In a market full of similar tasting bourbon, Old Bardstown Estate Bottled Bourbon continues to stand out and forge its own path unbeknownst to those around it.

Buy  Old Bardstown Estate Bottled Bourbon at Frootbat
‍The sample used for this review was provided to us at no cost courtesy its respective company. We thank them for allowing us to review it with no strings attached.
360 video 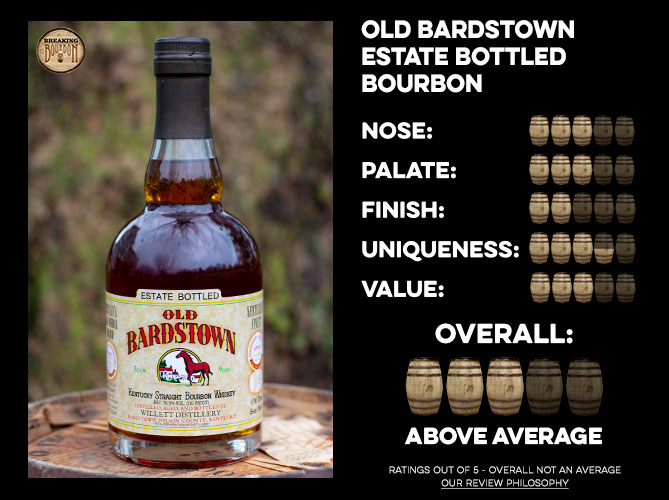 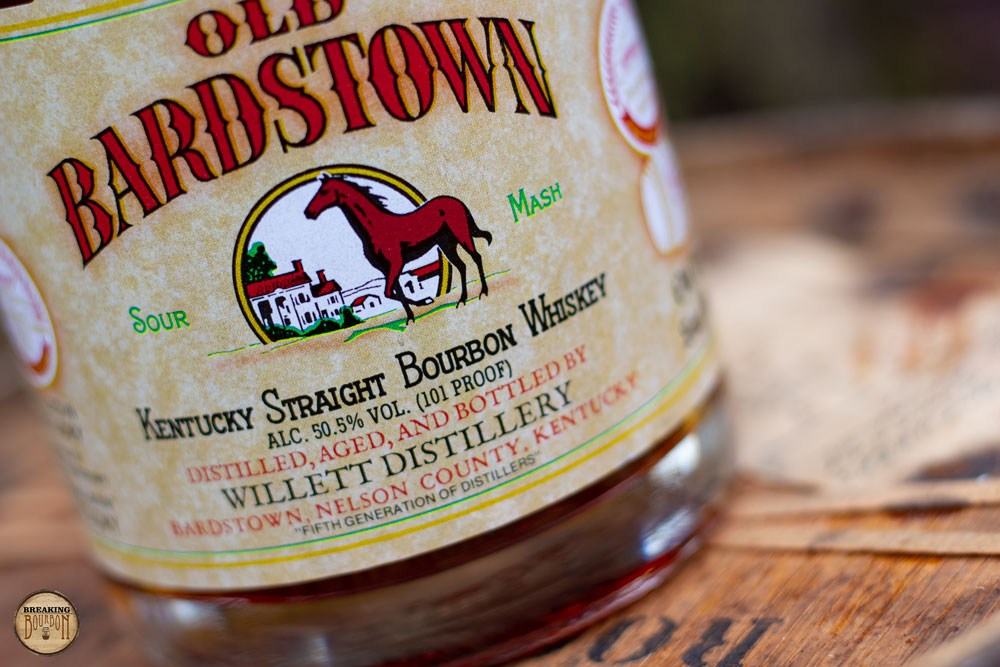 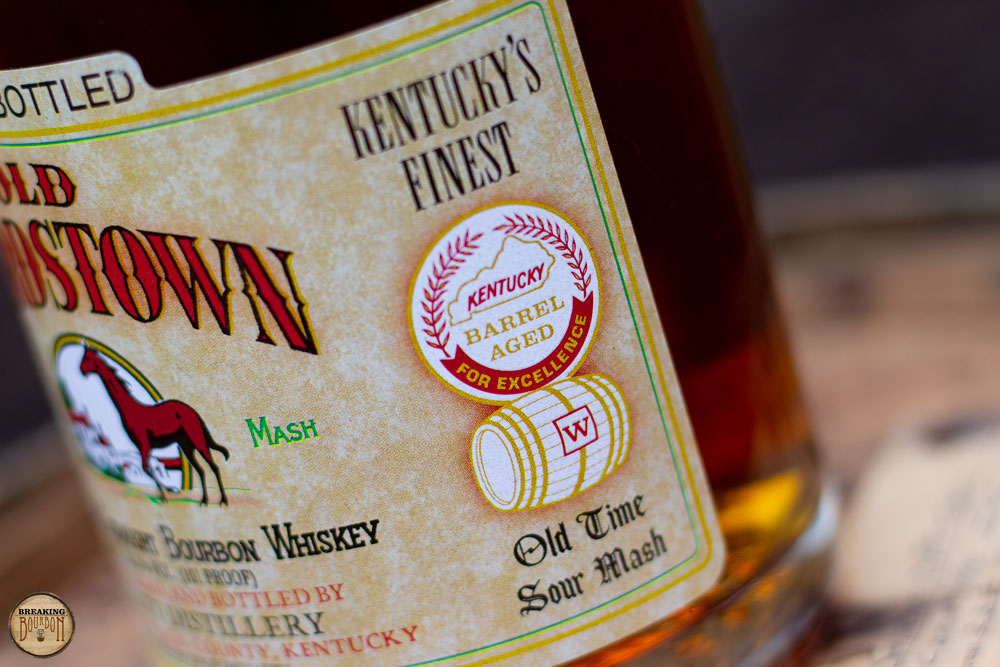 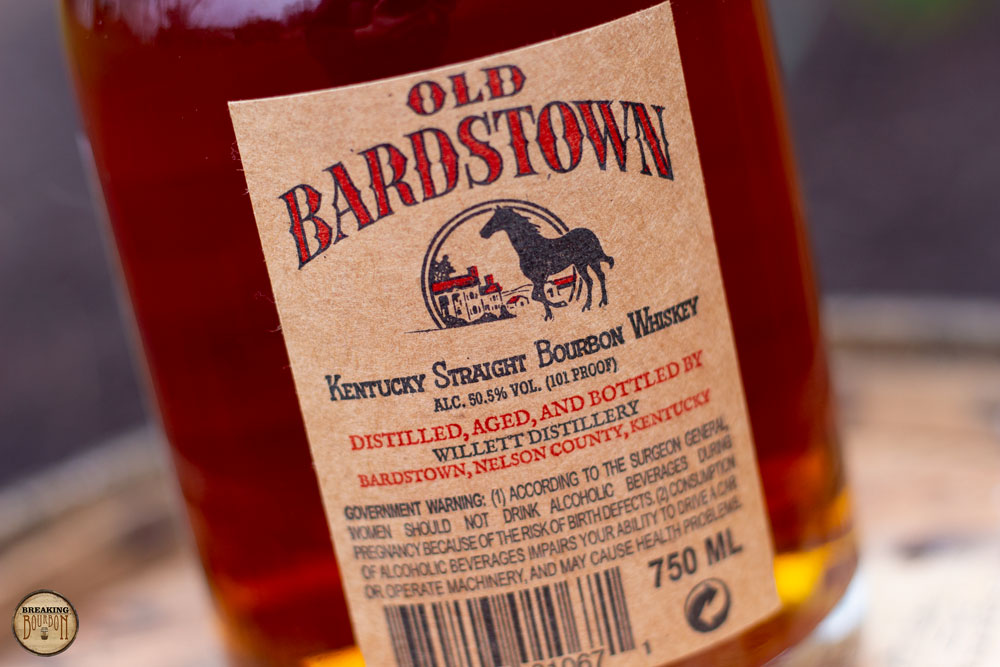 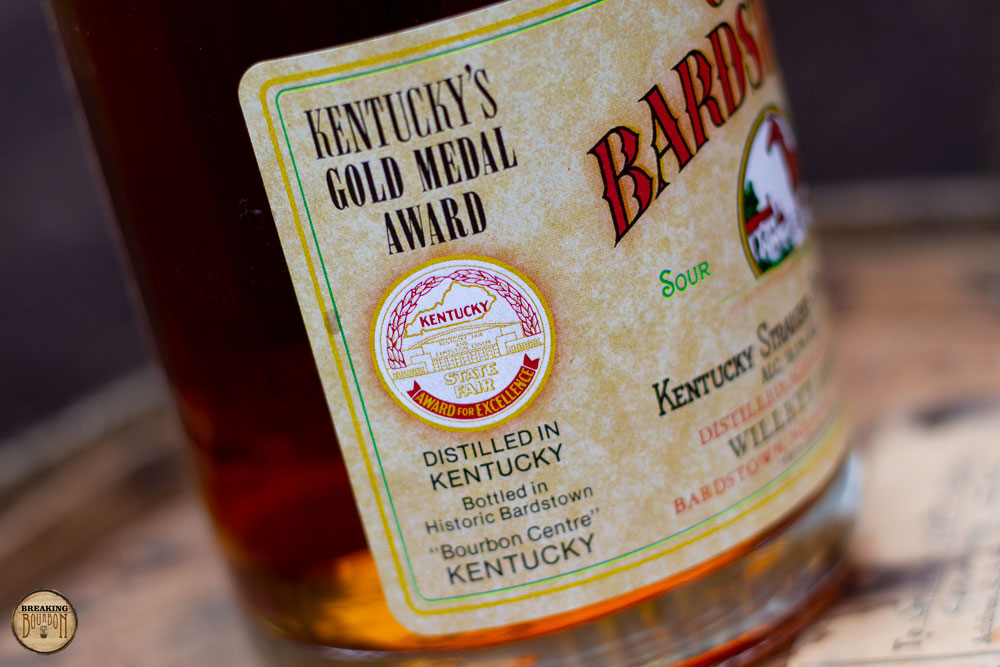 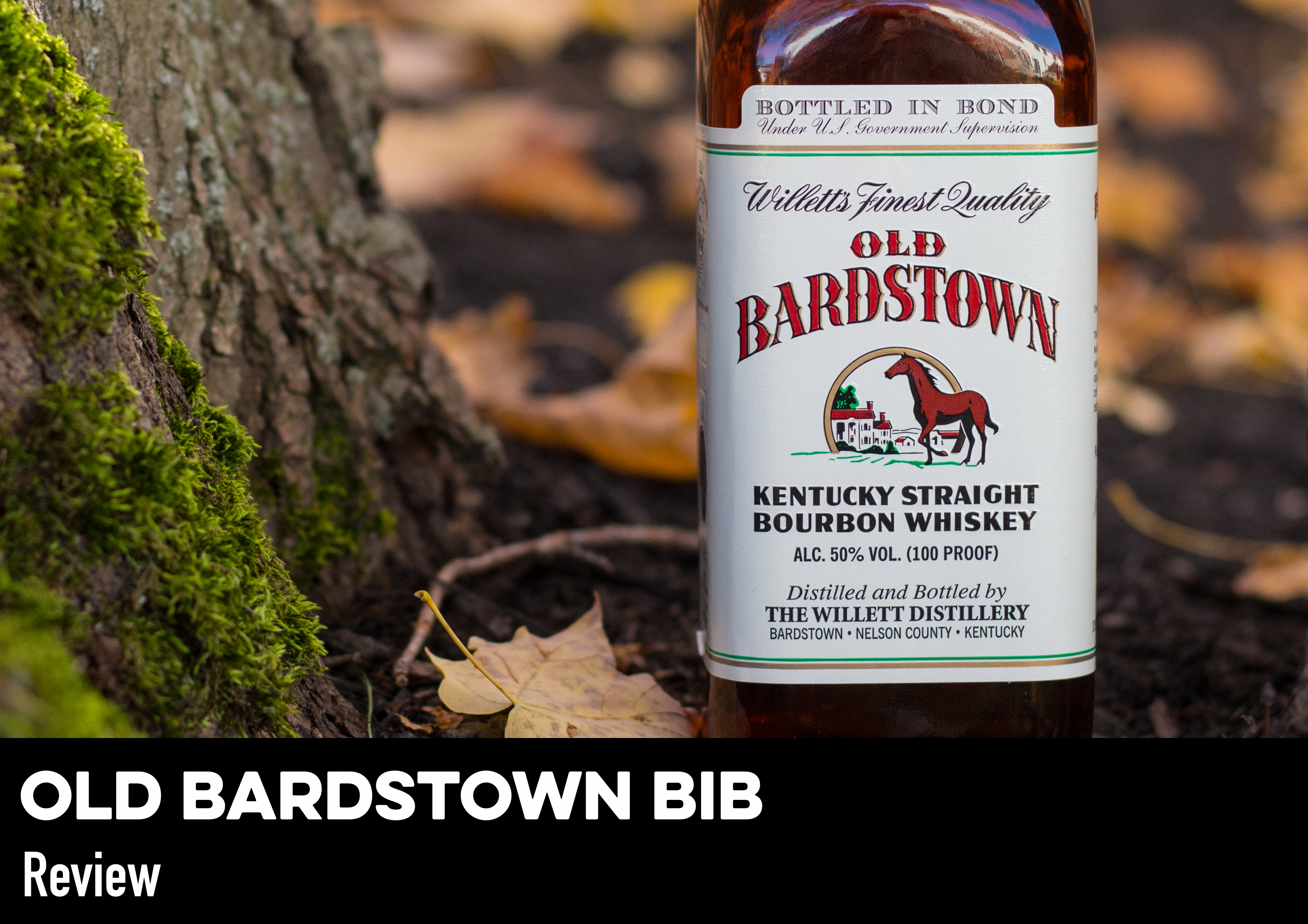 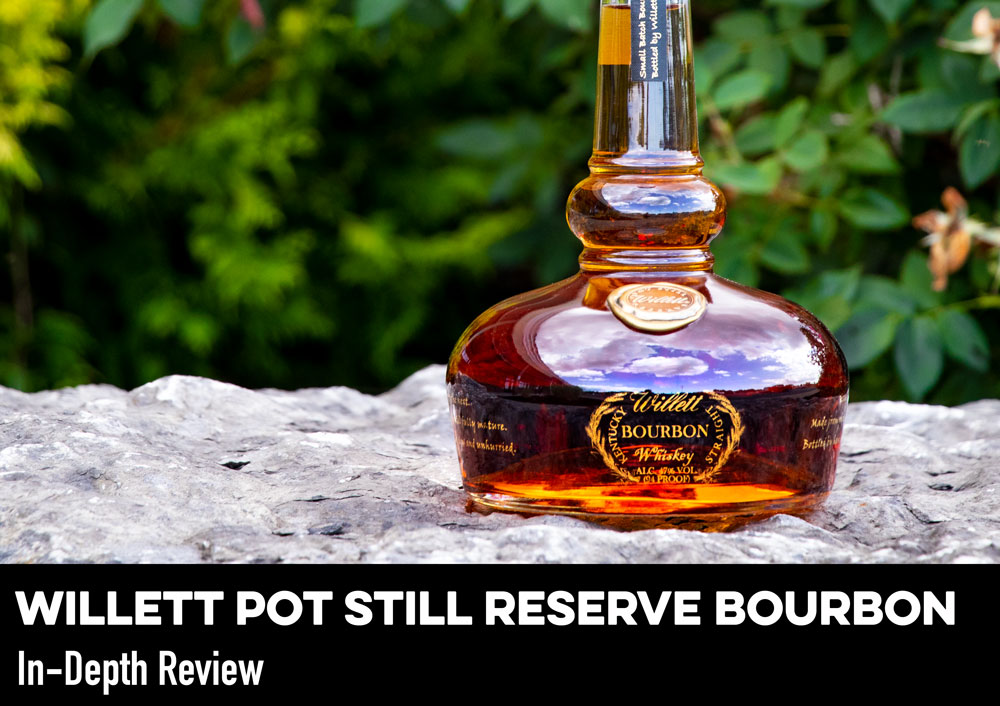 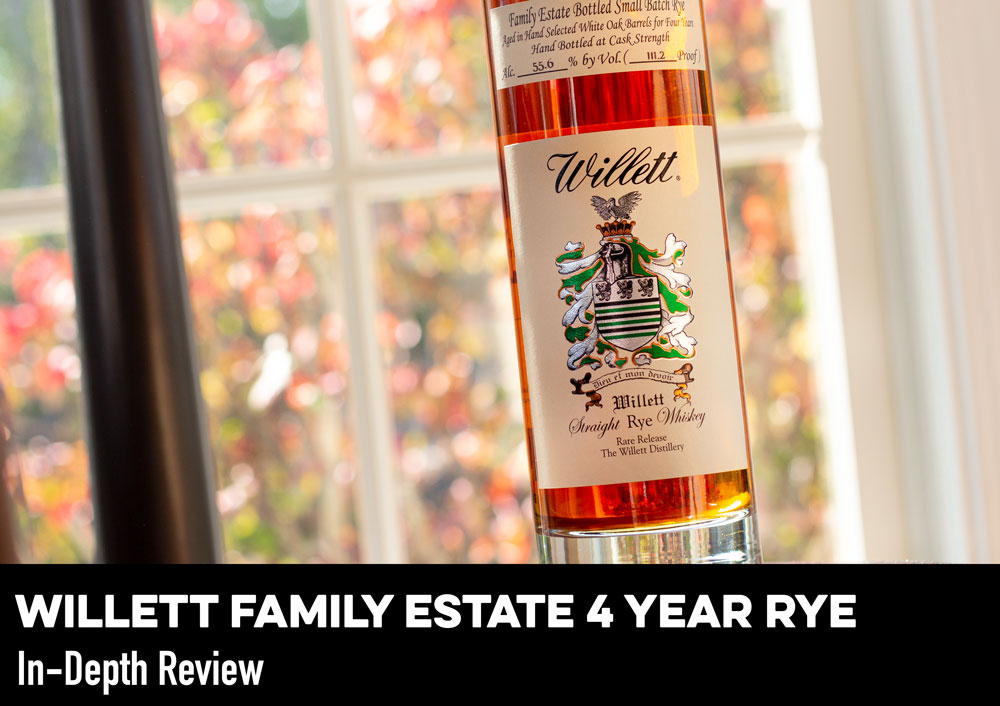