It’s not well documented when this brand came to be. Numerous accounts state that it was Willett’s first brand after they opened their distillery in 1935. However, this contradicts Willett’s claim that the brand got its name from a handicapped race horse in the 1950’s named “Bardstown.” During the 1970’s energy crisis, Willett Distillery stopped producing bourbon but had enough stock aging to continue releasing this brand of their own distillate until the early 1980’s. At the time, the company was rebranded as Kentucky Bourbon Distillers (KBD) and began sourcing bourbon for this brand. KBD sourced the majority of their bourbon from Heaven Hill and it is believed that is what Old Bardstown consisted of until this year.

Willett Distillery began producing their own bourbon and rye again in 2012 and started transitioning Old Bardstown sourced bourbon to their own distillate in 2016. Once available only at the distillery's gift shop, Old Bardstown BiB is now available around Kentucky and is expected to see more widespread distribution.

To be labelled BiB, the whiskey must be the product of one distillation season and one distiller at a single distillery, aged in a federally bonded warehouse under U.S. government supervision for at least four years, and it must be bottled at exactly 100 proof. Additionally, the BiB label must clearly identify the distillery where it was distilled and where it was bottled, if different.

Notes of molasses, caramel, mint, and cherry cough syrup are delivered in a straightforward way. Its youthfulness is moderately noticeable on the nose as some chemical notes pop in and out, but they aren’t detrimental to the overall package. The nose just isn’t very memorable as its positive and even its negative characteristics don’t leave a lasting impact one way or the other. It largely comes down to the lack of intensity of the scents that hold this back and keep it from reaching even middle of the road levels.

It’s surprisingly thin, both in consistency and flavor. Notes of caramel stand out over faint notes of butterscotch and oak. The palate comes across as a bit underdeveloped and fails at providing anything of lasting interest. The palate is on the right path, but it just not quite there yet.

A low yield burn on the backend that quickly dissipates. Faint notes of clove, cinnamon, and a dash of pepper do little to bring any excitement to this bourbon. It’s simply a very straightforward and average finish.

Prior releases of Old Bardstown consisted of sourced bourbon presumably from Heaven Hill. It wasn’t a terribly exciting bourbon, but it was generally consistent. Willett’s modern day reputation of being an expert sourcer wasn’t based on their Old Bardstown brand. It was due to the company’s Family Estate single barrel bourbons and ryes that have all but disappeared from shelves beyond the distillery’s gift shop. With the company back to distilling their own product after 40 years, this is the first taste most drinkers have had of Willett’s bourbon distillate.

Since the Old Bardstown brand was never known for its exceptional quality, it makes sense for the company to offload some of their new stock early as the majority of it comes of age. This might be due to financial reasons and to continue to build excitement, however there’s also the possibility certain barrels might not be showing enough promise. It’s only a theory, but it’s not uncommon for companies to unload less-than-seller stock under a lower-tier brand they own.

Much like Willett’s 2 and 3 year old rye whiskeys, their 4 year old bourbon definitely shows promise. For many that won’t be enough. With heightened expectations based on their name and history, many will go into Old Bardstown BiB expecting something amazing and the bourbon simply isn’t there yet. It’s an incredibly straightforward bourbon - almost shockingly so. This could be again why the company decided to release this bourbon under the Old Bardstown label and not under their own name. This bourbon shows how far the company still has to go before reaching the quality they became known for with their sourced bourbon releases.

Sometimes it’s hard to remember based on the fanfare and long history of the company, but Willett is a craft distillery. Anyone who has purchased a craft bourbon before never forgets the sticker shock that usually accompanies it. It’s not uncommon for craft bourbons under five years old to easily cost north of $40. Despite it being their own distillate, Willett chose to keep Old Bardstown BiB priced in the same range it was when they sourced bourbon for the brand. There are most likely many reasons they were able to do that as they aren’t exactly a new distillery, just one who is distilling bourbon again after a long hiatus.

At $22, its priced a bit on the high side compared to many budget BiB bourbons in the marketplace. Unfortunately, it doesn’t stand up flavorwise to many of these lower priced BiB bourbons, such as Old Grand-Dad, Evan Williams, and Heaven Hill. Right now Old Bardstown BiB is simply a curiosity buy. It’s priced fair for someone seeking it out for that reason and when it’s compared to other craft bourbons on the market.

Willett’s return to distilling bourbon shows promise, but little else.

There’s nothing inherently bad with this bourbon, but its lack of character has it struggling to reach even average heights. It has some youthful qualities that pull though, but unlike many young bourbons, they don’t hamper the flavor. It fact, beyond the boringness of its palate, there are signs of potential. It’s immediately noticeable how easy of a drinker it is. It’s also noteworthy of its lack of any alcohol notes despite its proof, relatively young age, and weak flavor. Not many bourbons pull this feat off especially the wealth of craft distilleries with similarly aged products on the market.

But none of this gives Old Bardstown BiB a free pass. This bottle is simply a snapshot of where Willett currently is with their new distillery and it will likely get better with future releases. For now, this is a passing curiosity of a notable Kentucky distillery transitioning back into distilling their own bourbon. It’s just unfortunate that Willett’s story is more interesting than their bourbon right now.

Buy Old Bardstown Bottled in Bond Bourbon at Frootbat
‍The sample used for this review was provided to us at no cost courtesy its respective company. We thank them for allowing us to review it with no strings attached.
360 video 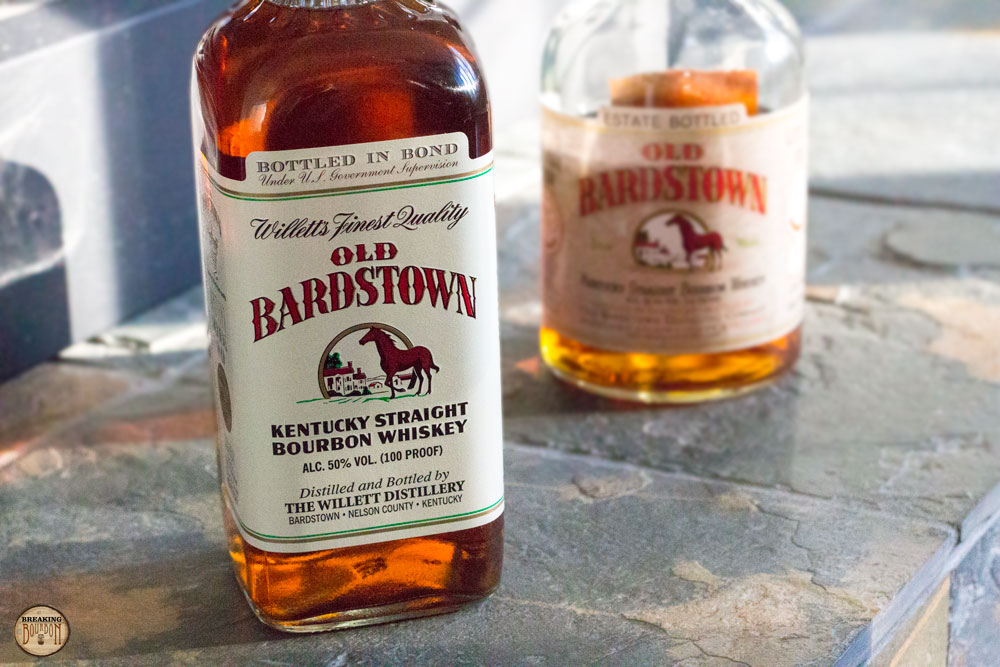 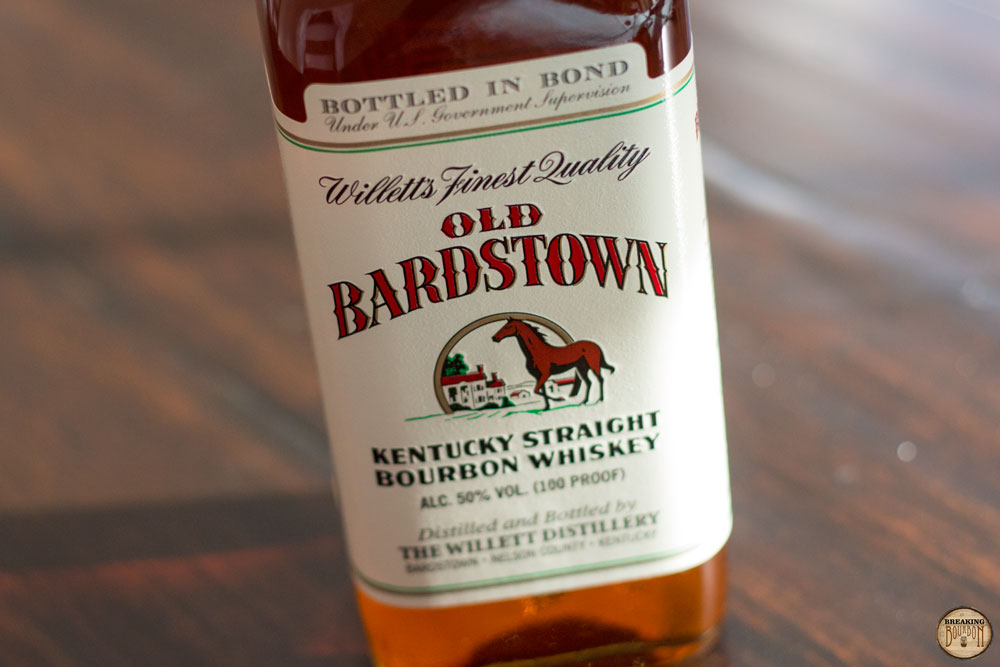 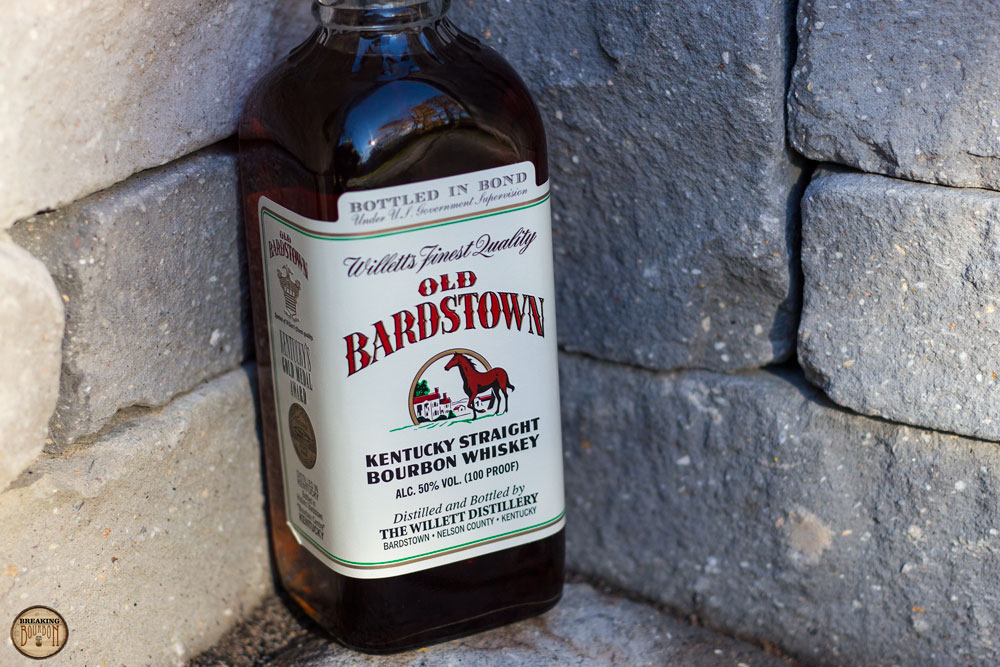 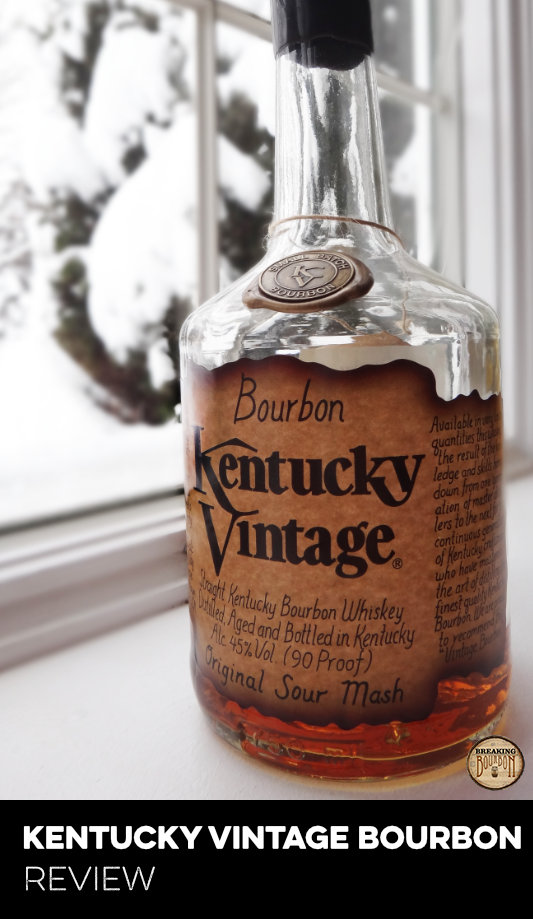