Distillery: Sourced (from an undisclosed distillery[ies] in Kentucky)

Age: NAS (At least 4 years based on TTB regulations)

Lucky Seven Spirits (also referred to as “Lucky 7”) was co-founded by Michael Lahalih and John Pals. According to the company’s website, “Co-founders Michael Lahalih and John Pals have been best friends since their college years and share a common bond of bourbon and cinema. In fact, the Lucky 7 namesake is derived from the infamous Stage 7 in Hollywood, CA, where some of the greatest movies in cinema history were filmed. The warehouse-sized stage produced so many award-winning films that the industry started calling it ‘Lucky Stage 7.’”

‍‍Launched in July, 2022, The Frenchman joins the existing Lucky Seven Spirits lineup. Originating from Kentucky, The Frenchman begins as a straight bourbon that is then finished in new french oak barrels for an undisclosed amount of time. The bourbon in review is from Batch 01.

The nose does little to allude to the sip to come. Hints of dry oak and dark cherry are overshadowed by heavy spice. While not unpleasant, there is surprisingly little to draw from the aroma aside from the oak and spice, making for a very straightforward introduction to the whiskey.

The first noticeable trait about this bourbon is its thick mouthfeel, which is chewy and warming at the same time. Somewhat dry throughout, the flavors are highlighted by punchy seasoned oak accented by baking spices and cinnamon. Underneath are caramel chews, graham cracker sweetness, and a slight nuttiness. It’s rich and gripping in its intensity, with every one of its 113 proof points pulling its weight making for a robust and delicious midpoint to the sip.

As the long finish gets underway, the baking spices and cinnamon from the palate begin to fade and progressively diminish as they are drawn towards a dry, oaky soiree. Notes of unsweetened chocolate and roasted coffee beans take shape, along with a savory tobacco and leather. The finish works in unison with the robust palate to convey the full-flavored nature of this whiskey.

So far, the Lucky Seven Spirits brand has curated bourbons sourced from Kentucky distilleries. Based on our experience with The Jokester, The Holiday Toast, The Proprietor, and the brand’s single barrel releases (we’ve selected a few) we have come to expect quality from co-founders Michael Lahalih and John Pals. The Frenchman is no exception.

French oak finishing has become increasingly popular, however, one brand's product is not necessarily the same as another’s. Notably, the finishing style for French oak can vary - in some cases the whiskey is finished in a cask, and in others, French oak staves are added to an existing barrel or blend as exemplified by the Maker’s 46 style of finishing. Anyone who has tasted different French oak finished bourbons knows the flavor profile can vary wildly from one to the next.

In Lucky Seven’s case, the bourbon was finished in new French oak casks. The flavor leans heavily towards the rich side of the flavor spectrum, which is amplified by its 113 proof. Unlike Maker’s 46 Cask Strength, it doesn’t lean quite as heavily into the finish, but in contrast is much heavier than the French oak stave Penelope Architect which errs more on the lighter and sweeter side. The Frenchman finds itself somewhere between these two. This richness of flavor is The Frenchman’s most notable attribute, and one that is undoubtedly driven by the second new cask and accentuated by its higher bottling proof.

At $100 per bottle, consumers expect a quality whiskey. Bourbon originating from Kentucky has earned a premium as compared with the growing number of Indiana sourced brands, and adding the process of aging in a second new cask certainly adds obvious value. The Frenchman’s 113 proof makes for a full-flavored whiskey, which can also justify a higher price point when push comes to shove. At the same time, The Frenchman does not carry an age statement which isn’t a requirement to be good, but can help command a higher price tag in many circumstances. It also comes in higher than Maker’s 46 Cask Strength and Penelope Architect, two French oak finished whiskeys, with each coming in around $60. To that end, The Frenchman is offered at a premium price point, but at the same time Lucky Seven has done well to establish itself as a premium brand that curates high quality Kentucky bourbon capable of commanding a higher price point. Their capability is tested with each new product of course, and in this case considering the richness of flavor it offers and its higher than average proof which amplifies the flavors present, it just works. I suspect consumers won’t have any issue with the price point, and after tasting it, I would readily buy another bottle.

With the admission of The Frenchman to its standard lineup, Lucky Seven Spirits offers a French Oak cask finished bourbon that’s full of flavor with plenty of proof to back it up.

As there is seemingly no end to new bourbon and American whiskey releases, brands have to work to build a name for themselves in order to stand out in the marketplace. Developing an established presence also helps when they introduce a new product, so consistency is key. Lucky Seven has done well to establish themselves as a brand that puts out consistently good whiskeys, and each product they have released so far has its own unique spin. The Frenchman showcases a robust bourbon that isn’t shy about its proof with a long finish that sticks with you. It doesn’t carry an age statement as most of Lucky Seven’s other products do, instead focusing on the French oak finishing as a standalone trait. I have little doubt fans of the Lucky Seven brand will enjoy it, as will consumers new to the brand who appreciate a full-flavored bourbon thanks to its barrel influence.

Buy Lucky Seven The Frenchman (Batch 01) at Frootbat
‍The sample used for this review was provided to us at no cost courtesy its respective company. We thank them for allowing us to review it with no strings attached.
360 video 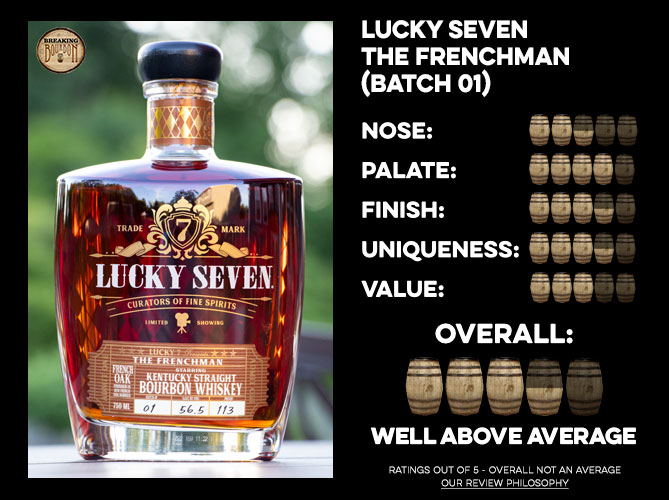 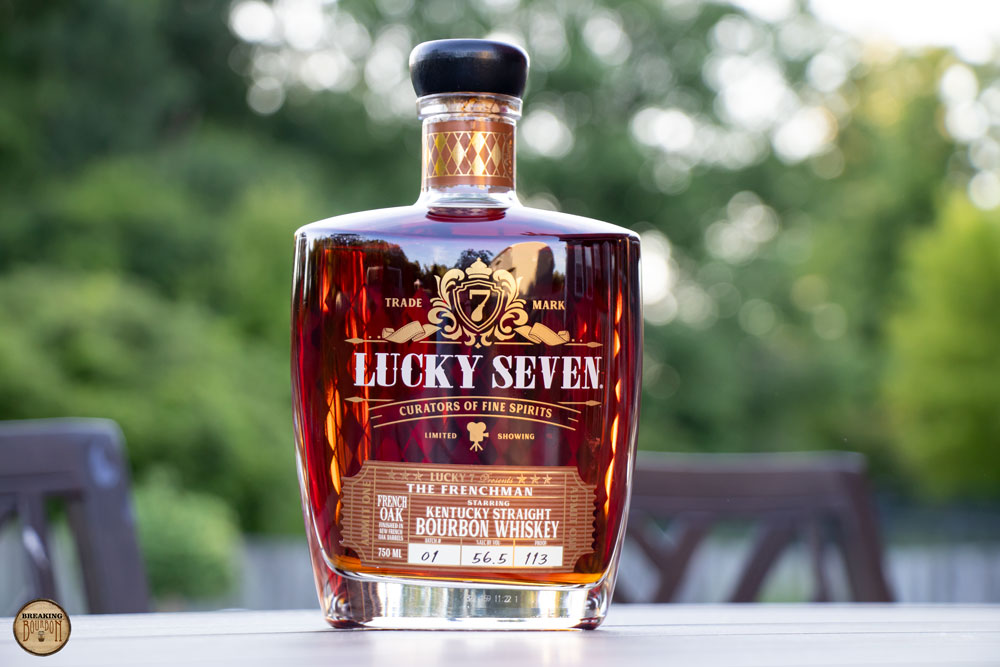 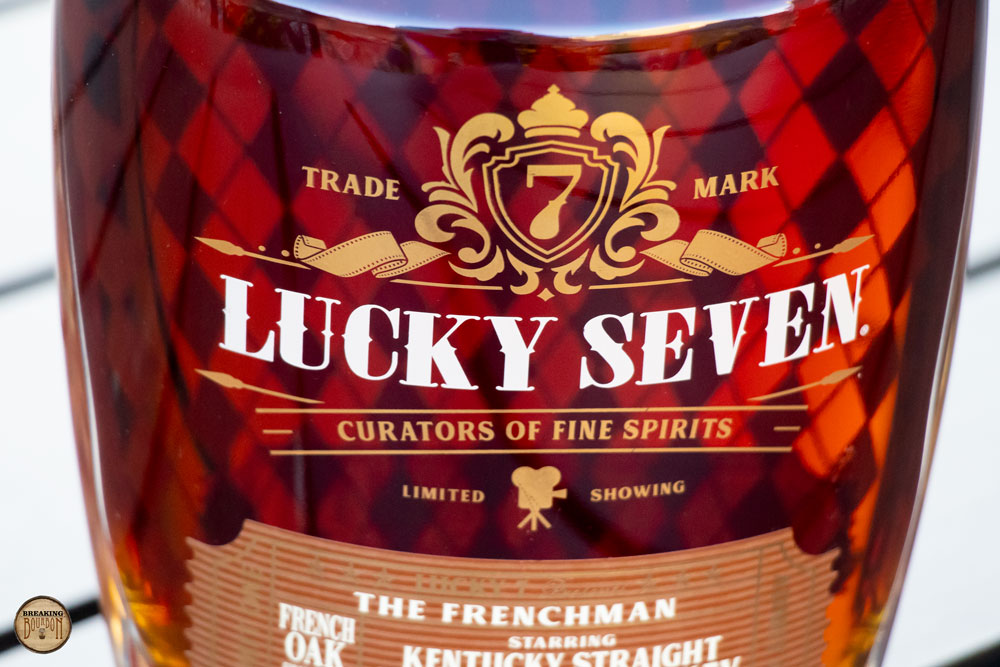 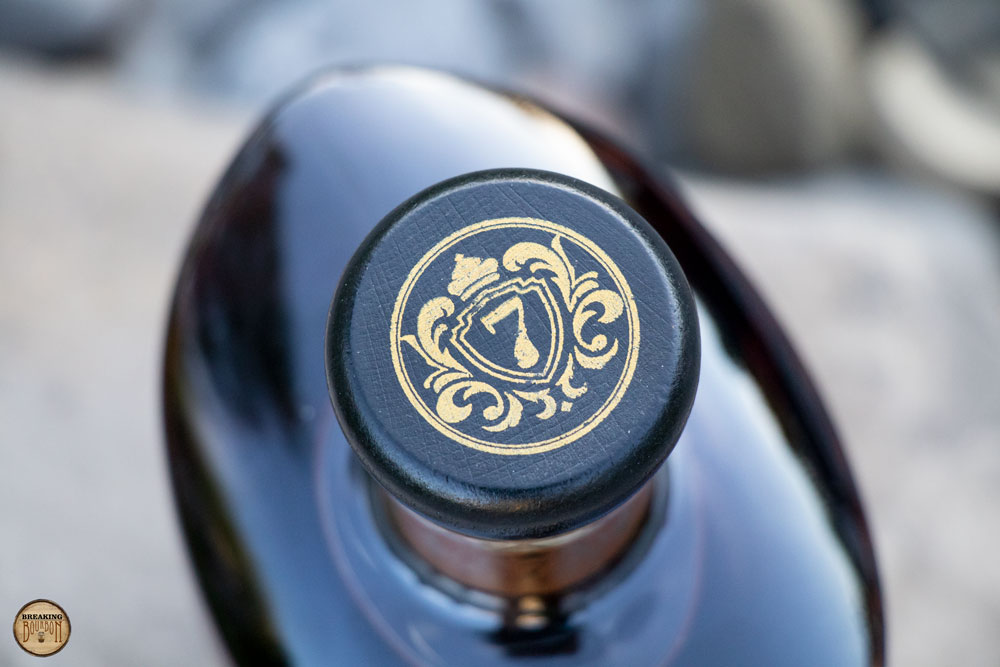 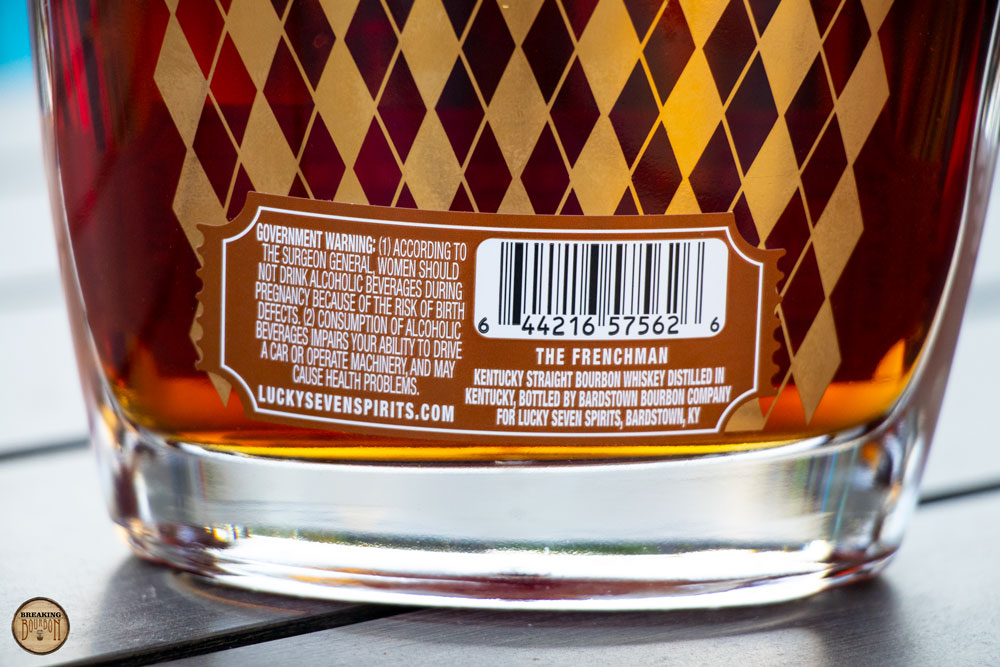