Maker’s Mark 46 Cask Strength is the barrel proof version of the standard Maker’s 46. Maker’s 46 starts off as standard Maker’s Mark, which is a wheated bourbon made in batches of less than 1,000 gallons. Then heavily seared French oak staves are placed in just-emptied standard Maker's Mark barrels, which are then refilled and returned to the warehouses to finish aging for an undisclosed amount of time (estimated to be 2-3 additional months).

Maker’s Mark 46 Cask Strength was originally released as a distillery-only product in 2015. It was reintroduced in July 2020 to celebrate the brand's 10th anniversary. Once again a distillery-only release, it has since turned into a wider limited release. While the brand has been tight-lipped on providing additional information, we do know that this is being sold in several states (Kentucky and Pennsylvania being two) as of the publication of this review.

Light but distinct scents of graham cracker, toasted oak, and marshmallow take shape. It reminds me of everything you need for a perfect campfire-inspired flavor profile sans the smoke. Exploring further brings forth toffee and light caramel, along with a bold dash of cinnamon that showcases the bourbon’s proof, almost to a fault. Overall it’s a nice smorgasbord of classic scents that with the exception of the bold cinnamon, balance one another nicely, and offers just enough intrigue to draw you in.

Sweet cinnamon bursts forward with a tenacity that’s in line with its cask strength designation. Following up behind are vanilla and light oak along with a swirl of gentle wheat grain and honey. While it’s certainly bold, owing to its higher proof, it also finds a way to showcase its more gentle flavors reminding you that this is a wheated bourbon after all. It’s a subtle but nice elevation from the palate of standard Maker’s 46.

A flash of heat is followed by cinnamon, honey, and dry oak, resulting in an interesting mingling of sweet and oaky flavors. This flavor combination swirls together for a while before eventually transforming to just a pleasant light oak resting on a bed of heat. It’s a suiting way to end the sip and one that follows the same path as the parts before it: simple yet pleasing.

When Maker’s Mark originally released Maker’s Mark 46 Cask Strength in 2015, I quickly fell in love with it. Sporting a quirky 375ml bottle and a label that looked like it was printed out on an inkjet printer in the distillery’s gift shop. Putting aesthetics aside though, it definitely delivered. It offered a fuller, richer drinking experience compared to the standard Maker’s 46, which made me wonder why this wasn’t a regular release. My only regret is that I didn’t buy more bottles. Over the years it provided for a great drink, and I longingly eye the two I have left, knowing that one day they’ll be gone.

Fast forward five years, and the brand finally started releasing Maker’s Mark 46 Cask Strength in the summer of 2020. While the proofs have varied on the releases since it was reintroduced, they’re generally around the 110 range. The end result this time around though isn’t as much of a unique product as it was a few years ago. The latest version of Maker’s Mark 46 Cask Strength still amplifies the flavors compared to the standard Maker’s 46, but it does so without adding anything to the conversation. Instead it focuses on using its proof to try and enhance what is already there. This may appeal to those who love higher proof bourbon but found the prior release to be a little too deviating from the Maker’s 46 profile. For me, what made the original Maker’s Mark 46 Cask Strength so unique was the fact that it did offer a nice deviation. While I long for the same unique experience the original Maker’s 46 Cask Strength offered and am disappointed it’s not present in this new variation, the resulting product is more consistent with the standard version’s flavor profile at just a higher proof.

I’ve always found the standard Maker’s 46 to be a relatively good value. For $40, you’re getting a flavorful wheated bourbon that will please most who try it. Priced at a 50% markup, Maker’s Mark 46 Cask Strength doesn’t seem to quite hit that same relatively good value. That said, $60 for a cask strength wheated bourbon is surprisingly accurately priced even though Maker’s Mark Cask Strength is offered for $5 less.

While there are those who will always prefer Maker’s 46 to the flavor profile of standard Maker’s (cask or not), the fact of the matter is that Maker’s Mark 46 Cask Strength doesn’t do enough to differentiate itself from it’s non-cask strength form. The only point that makes its price point justifiable is the fact that along with Maker’s Mark Cask Strength, it’s nice consumers have an option to try another wheated cask strength bourbon. That is assuming they even like the Maker’s Mark flavor profile to begin with.

Reincarnated, Maker’s Mark 46 Cask Strength comes back from the dead but seemingly forgot to bring along what made it originally stand out.

To say that this is a surprising release would be an understatement. I was very excited when Maker’s announced that they would be bringing back Maker’s Mark 46 Cask Strength as a limited release at the distillery in the summer of 2020. While I found it an odd choice to release a highly anticipated bottle as a distillery-only release during a pandemic, I was excited nevertheless. Fast forward to 2021 and I hadn’t been able to make it to the distillery to get a bottle, so imagine my surprise when I saw this sitting on the shelves in a liquor store in Pennsylvania and then again in Kentucky. Intrigued, I bought a bottle hoping to recapture the magic and curious to find out just what the release strategy was for the distillery.

While I still haven’t been able to confirm with the distillery just what this release entails in terms of size and distribution, I can say that it doesn’t capture the magic that once was. This release of Maker’s Mark 46 Cask Strength will surely please fans of the brand, but it also isn’t a bottle that those who don’t get a chance to buy one should feel bad about missing out on either. The fact of the matter is, it just doesn’t deliver enough of a difference compared to the standard release to really differentiate itself. Sure the higher proof is noticeable, especially in the delivery of the bold cinnamon flavor, however, it doesn’t push the brand like the original release in 2015 did. It’s frustrating knowing what the brand is capable of being and not being able to reach that level this time around. In the meantime I still have to recognize what this release is - a high proof wheated bourbon that will please Maker’s fans, but will be hard-pressed to leave a lasting impression.

Buy Maker's Mark 46 Cask Strength (2021 Release) at Frootbat
‍The sample used for this review was provided to us at no cost courtesy its respective company. We thank them for allowing us to review it with no strings attached.
360 video 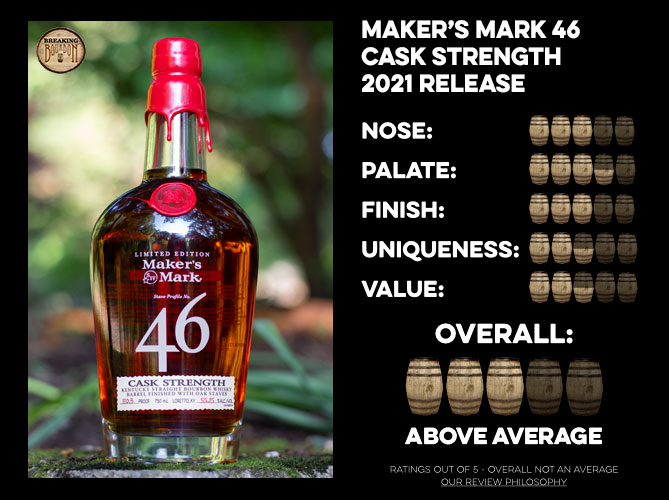 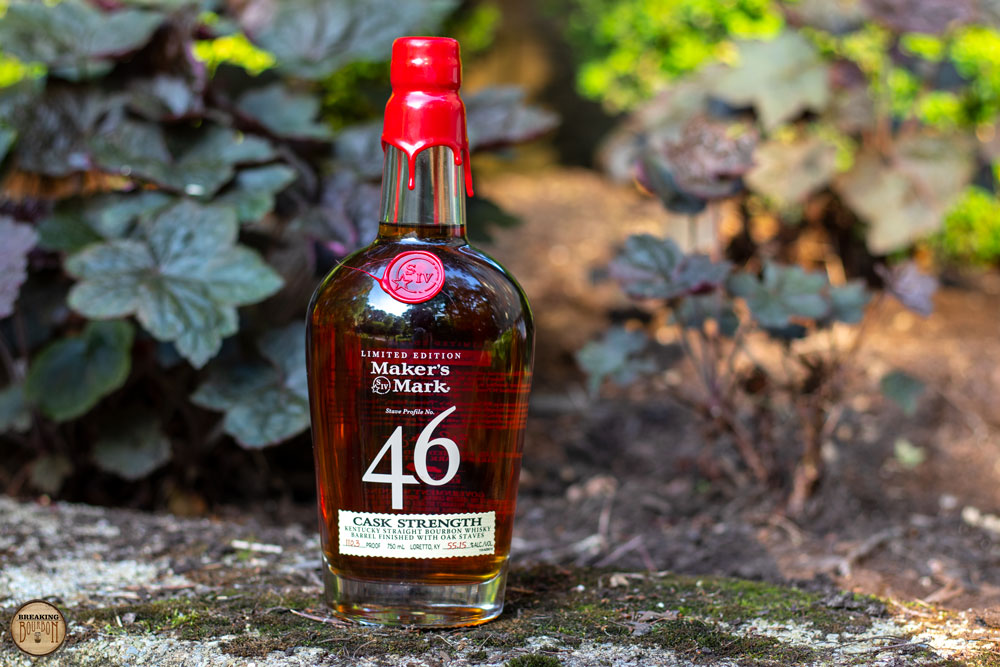 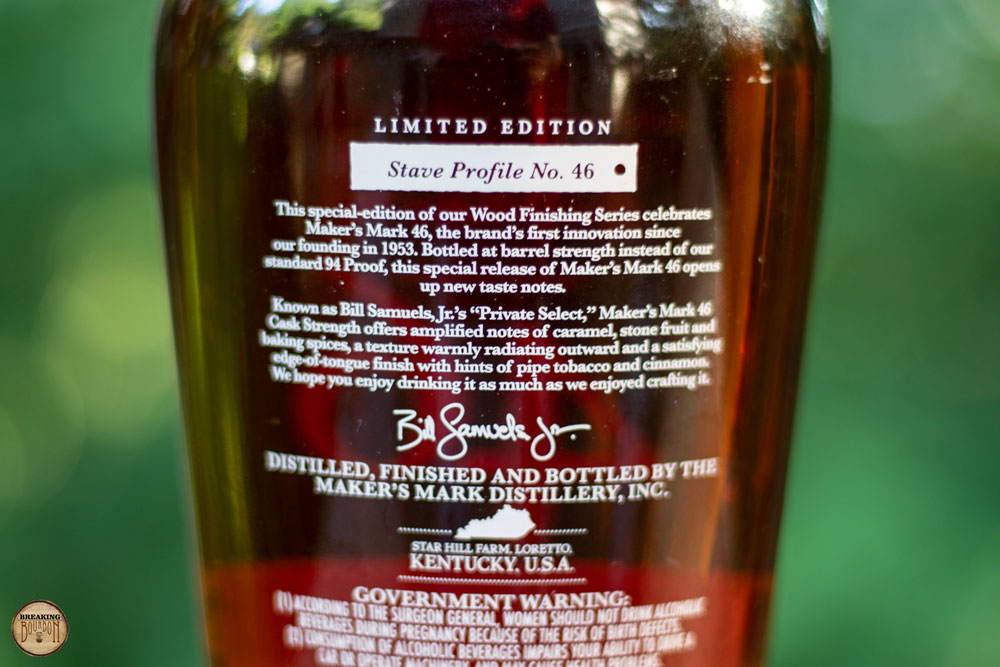 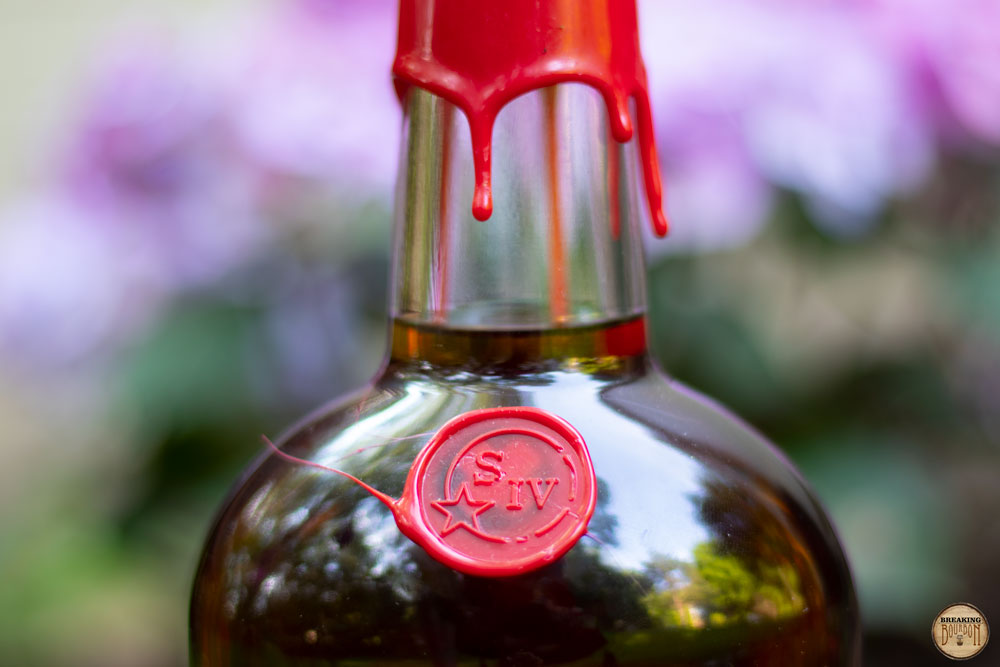 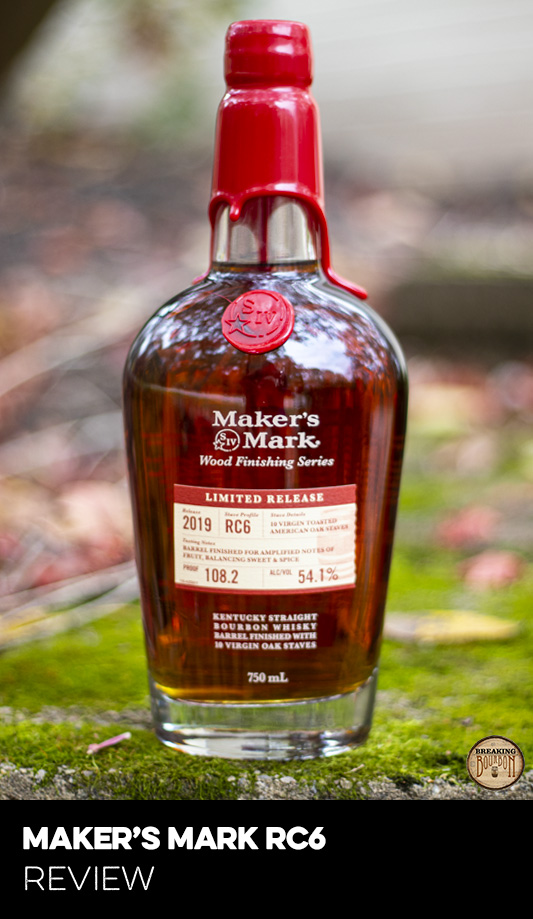