Sharp seasoned oak plunges into a pool of dark chocolate and light caramel. The initial aromas are met with a wave of heat, hinting towards the potency of the sip. It makes for an engaging oak-focused introduction that suggests it won’t be for the faint of heart.

Baking spice jumps out immediately, followed by rich leather, tobacco, gingerbread, cocoa, and heavy burnt oak. The flavors hit with a strong dose of intensity, so much so that it drinks closer to 120 proof than 107 proof. The rich, heaviness of the oak and leather flavors cannot be understated here, resulting in being the highlight of the sip, for better or worse. Intense and satisfying, but borderline overdone at the same time.

Spice from the palate persists into the finish, admitting notes of toasted oak and toffee as it progresses. Lingering leather and spice makes for a long, dry finish that lasts and lasts. If you’re seeking an intense, oak-heavy pour with a long finish, you’ve come to the right place.

Aged for at least four years in new barrels, Double Oak is then transferred to another set of new barrels for an undisclosed amount of time, simply "when it's deemed ready." The concept of double-barreling isn’t new, but there isn’t an overwhelming number of double-barreled bourbons on store shelves either, though the trend is gaining momentum. Well known readily-available options include Old Forester 1910 Old Fine Whiskey and Woodford Reserve Double Oaked, and a number of other brands are venturing into double-barreling territory as well.

There is a wide range of resulting flavor profiles from the second barreling, but not surprisingly, a second barreling does tend to consistently bring richer oak notes to varying degrees. Not surprisingly given its depth of color, Peerless Double Oak Bourbon pushes the oak influence to the max, taking it almost too far, which is similar to the company’s Absinthe Finished Rye that doubles down on the Absinthe finish. Walking this line makes for a unique flavor profile, but also a polarizing one. This particular batch hits at what feels like well above its 107 proofpoint, and isn’t for the faint of heart given its intense oak-driven flavor profile. This characteristic is a unique one given its intensity, and combined with the depth of color (which provides for a degree of satisfaction) you just won’t find too many bourbons that taste quite like it.

From the onset, Kentucky Peerless has clearly positioned their brand as a premium one. In fact, buying Double Oak at the distillery adds about $50 to the cost of a bottle, which can be found for about $95 on a limited number of store shelves in limited markets. Its limited availability and premium positioning set the tone, but the fact that a second set of new oak barrels was used for aging provides some justification for a higher price point. Compared to more readily available options like the previously mentioned Woodford Double Oaked ($45) and Old Forester 1910 Old Fine Whiskey ($55), Kentucky Peerless isn’t trying to win a price competition here. Instead, they take double barreling to the max, and if you like heavy oak it’s reasonable at $95, though quite steep any higher.

Kentucky Peerless Double Oak Bourbon takes double barreling to the max, pushing the envelope on oak intensity producing a bourbon that some will love, while others will find to be over-oaked.

What’s great about craft distilleries is their ability to push the envelope on flavor profiles without having to appeal to everyone at the same time. As the boundaries get pushed, the resulting whiskey becomes increasingly polarizing. Double Oak is an incredibly rich pour, filled with oak flavors and enhanced by its dark chocolate color. It will appeal to the same drinkers who enjoy higher proof, and richly intense bourbons, but are drawn to more savory oak notes at the same time. There are a number of lower cost double-barreled bourbons out there, but it’s unlikely you’ll find many as intense as this one.

Buy Kentucky Peerless Double Oak Bourbon at Frootbat
‍The sample used for this review was provided to us at no cost courtesy its respective company. We thank them for allowing us to review it with no strings attached.
360 video 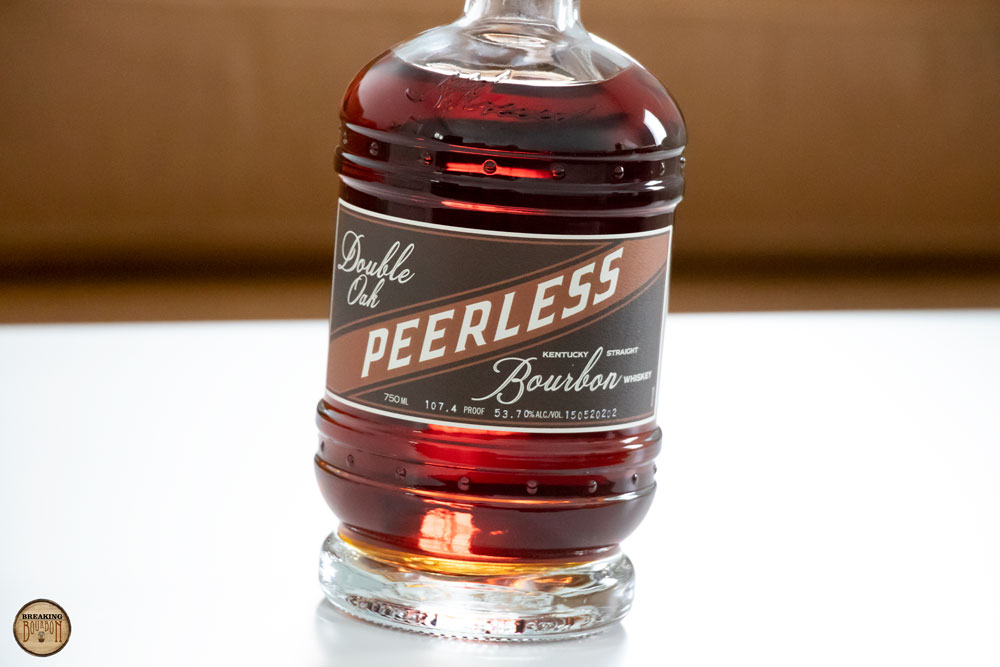 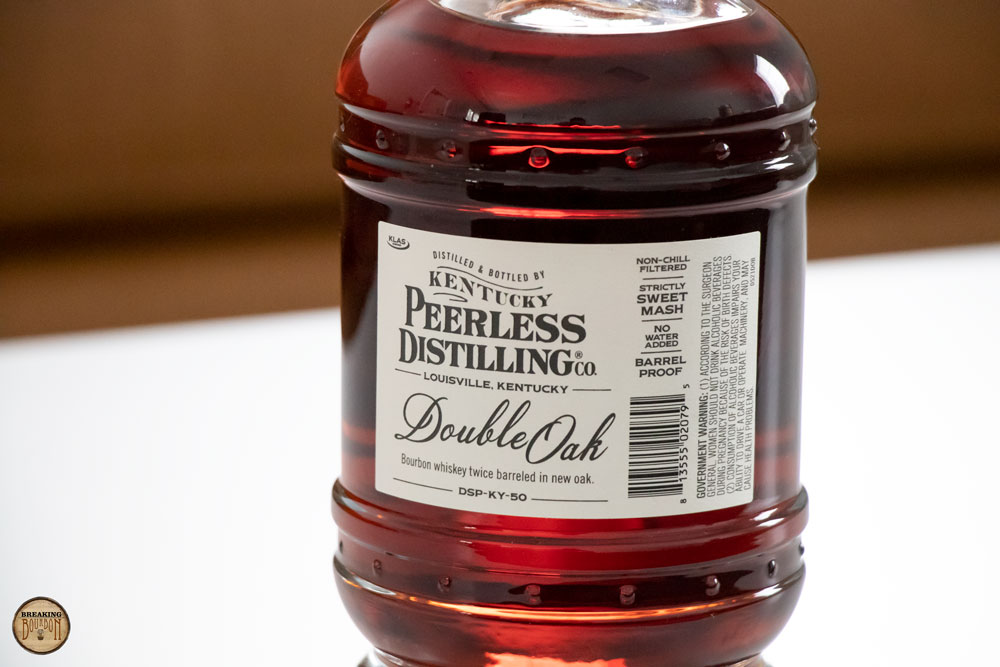